Former Punisher writer and the creator of Nexus, Mike Baron, launched a GoFundMe to raise a legal war chest to sue Daily Kos. 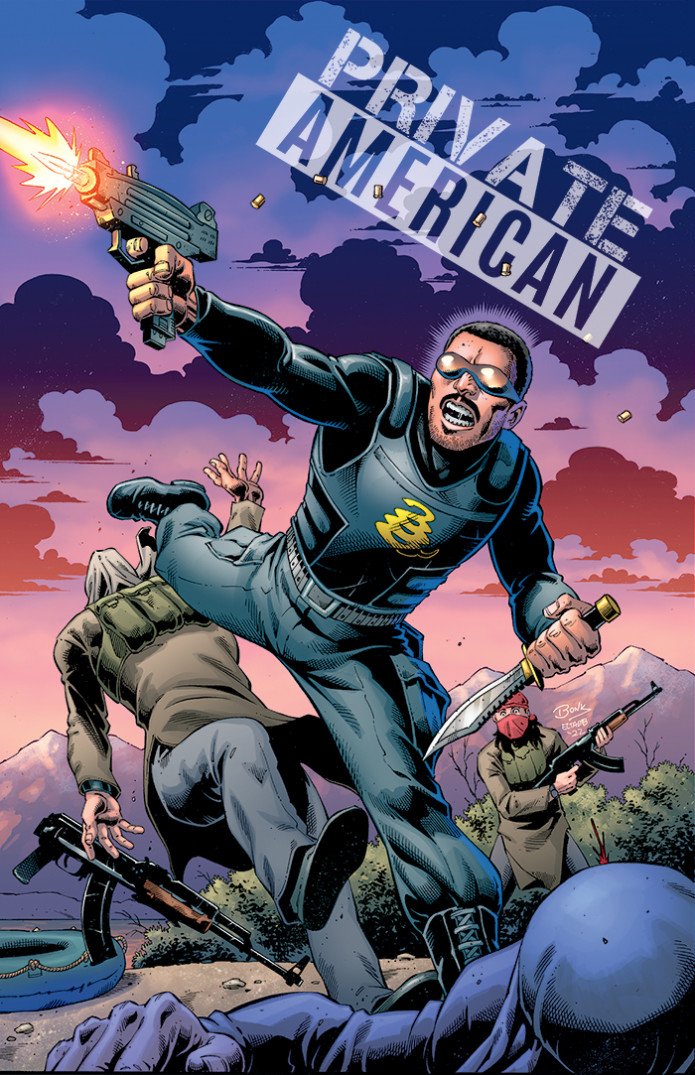 Braly adds, “Their false allegations of ‘racism’ and ‘bigotry’ were part of an organized effort by an indie comic publisher to cancel our Kickstarter and Crowdfundr fundraising campaigns where we had been accepting pre-orders from Mike’s readers for his latest graphic novel Private American.”

He then reiterates the GoFundMe is to “cover the costs of [Baron’s] attorney’s retainer fee.”

In an email to Bounding Into Comics, Baron stated, “We’re all in. We’re going after Daily Kos.” 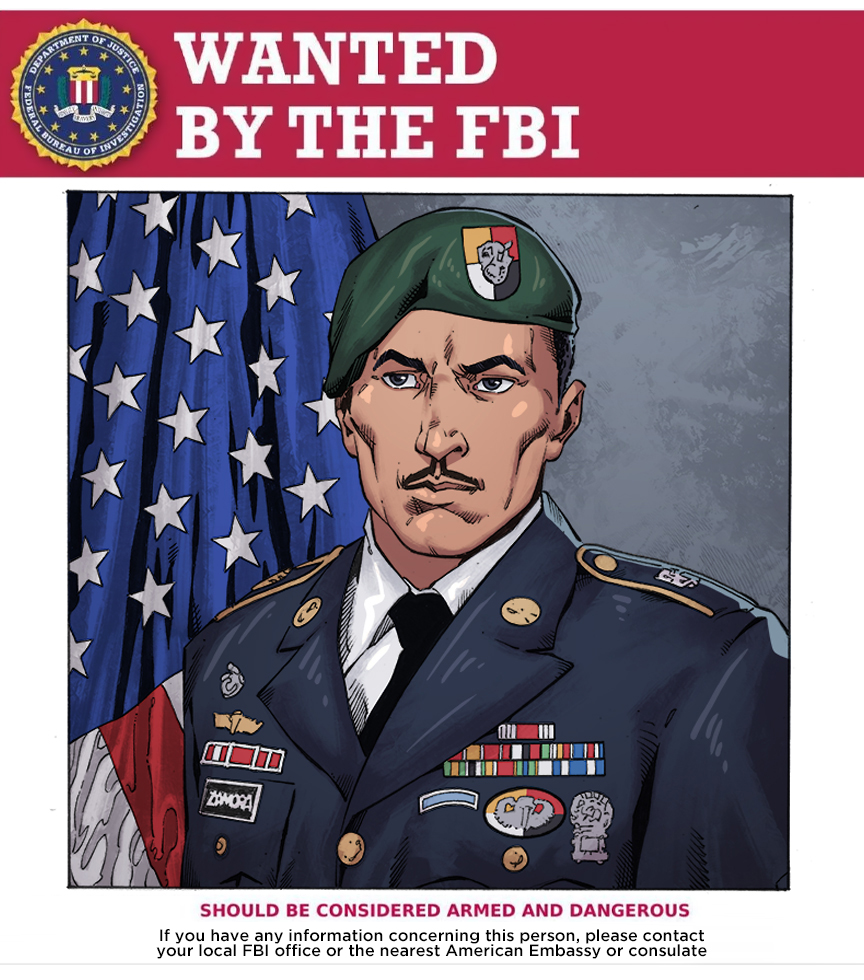 Within the article, Mignon writes about the unpublished Private American book, “‘…Iraqis, Afghans, Chinese, Mexican and Lebanese…’ These are just a few of the Racial and National groups that Punisher writer Mike Baron has demonized in his latest diatribe of racist propaganda, and stochastic terrorism disguised as a funny book.” 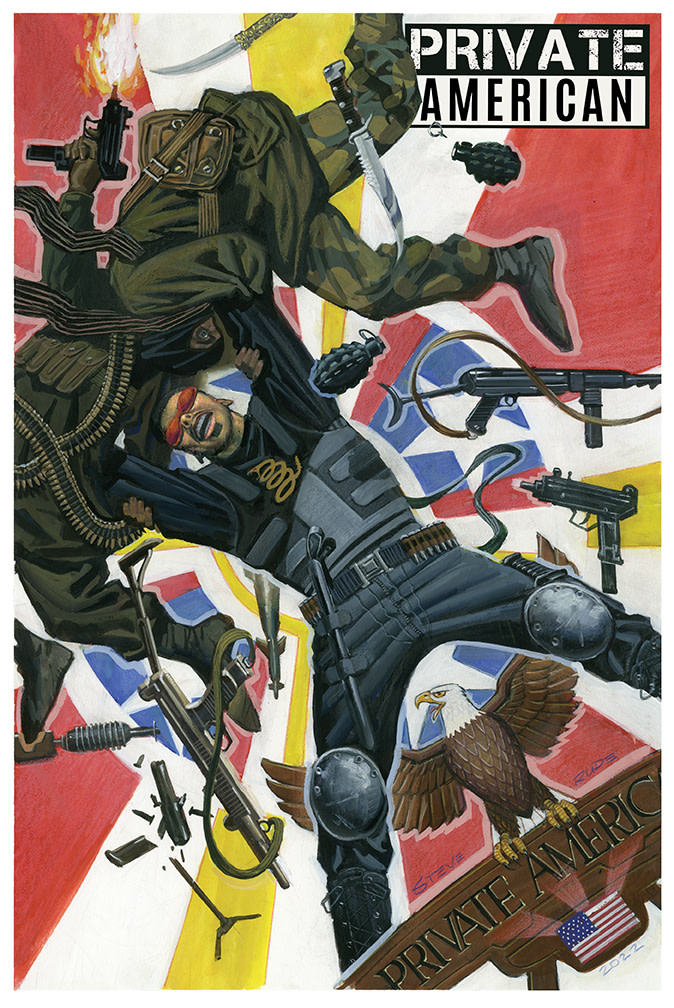 The article would continue to demonize Baron as well as his campaign manager Chris Braly and ultimately concluded by encouraging readers to have the book removed from crowdfunding platform Kickstarter.

Starr concluded, “We urge anyone who is as offended by this domestic terrorist handbook for bubblegum brains, to contact [email protected] tell them ‘Hate has no place anywhere, let alone their platform where decent people go to bring their hopes and dreams to life to make the world a better place’.” 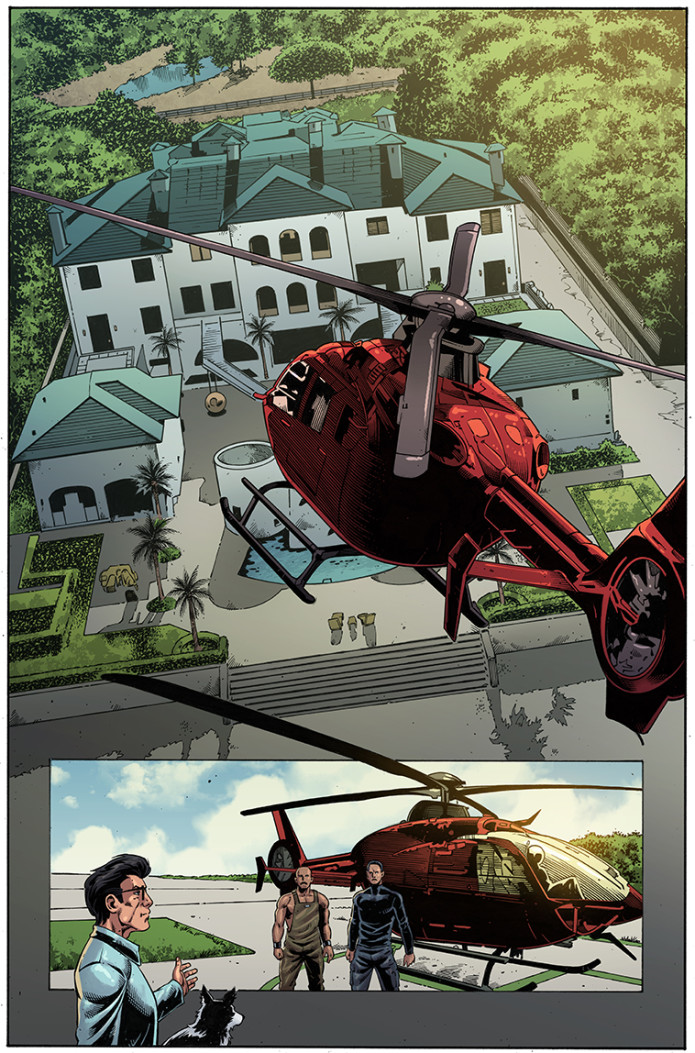 As previously reported, Kickstarter removed the campaign despite previously approving the project before the crowdfunding campaign launched.

Braly, who is also the Editor-in-Chief of Bleeding Fool, detailed that following the publication of the Daily Kos article Kickstarter “triggered another look at the campaign project, due to reports from their users.”

He went on to state, “And while it was a project that they had previously approved, they decided to immediately suspend the campaign indefinitely, without contacting us for context or response, and locking the team out of being able to communicate directly to the supporters of the book, and refunding all the thousands of dollars that backers had committed to the project.” 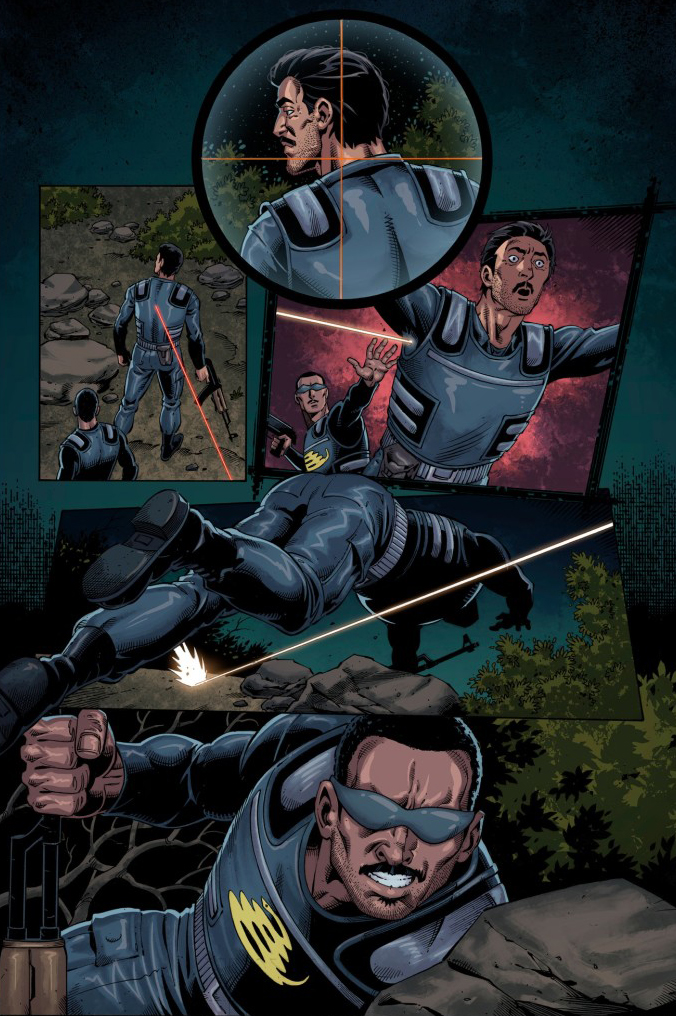 He went on to share Kickstarter’s message to him and his team:

This is a message from Kickstarter’s Trust and Safety Team. We’re writing to let you know that recent activity on your project triggered a review.

Our team monitors projects throughout their funding periods to protect the Kickstarter community. We also review reports that we receive from members of our community. Projects are suspended only when we find strong evidence that they are violating the letter or spirit of Kickstarter’s rules.

A thorough review of your project uncovered one or more of the following violations:

As a result, your project has been suspended. This means that all funding has been stopped and backers will not be charged for their pledges. Once a project is suspended it cannot resume funding. No further action is required on your part.

We can’t comment on this suspension beyond what is stated in this message. 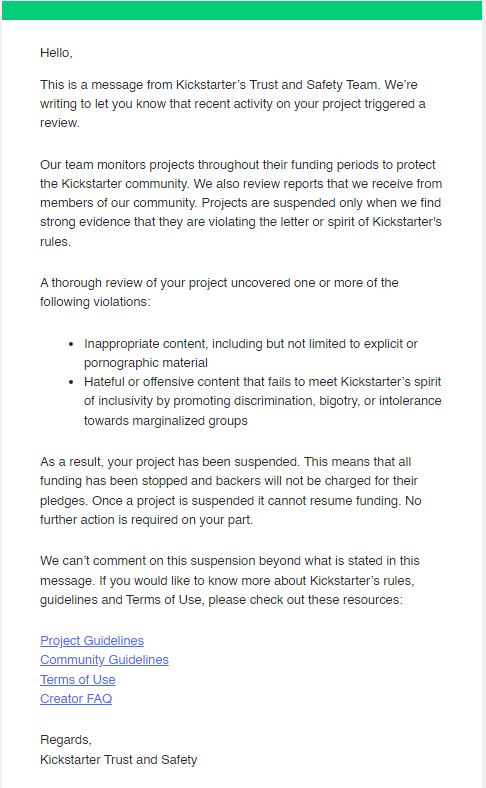 Braly previously indicated via Bleeding Fool that he believes writer Starr Mignon and comic book publisher Gavriel Discordia engaged in tortious interference and “seemingly coordinated with Daily Kos and Kickstarter to mass report our campaign in order to shut down our funding stream for our own publishing ventures using false flagging, misinformation and lies, mob tactics.”

Braly’s reporting linked Gavriel Discordia to Starr Mignon as partners behind Discordia Culture Shop, the retail arm of Discordia Merchandising. The two are also currently crowdfunding their own graphic novel SCP-5000 through Kickstarter.

The Kickstarter campaign for SCP-5000 states, “Discordia Publishing is a division of Discordia Merchandising an Independent venture with a 15 year history. Owned and operated by Gavriel Discordia and Starr Mignon.” 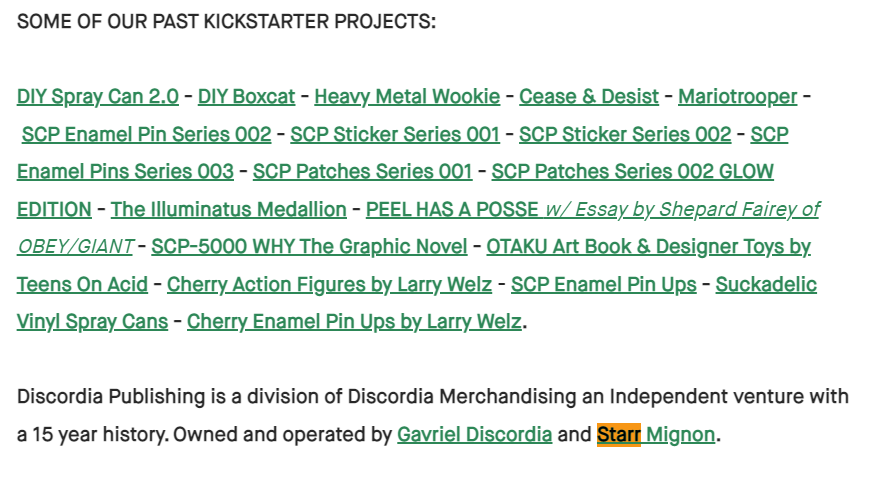 Braly further asserted, “This adversarial pair of business partners not only run a comic publishing company like we do, but they are labeled as a “trusted producer” by Kickstarter. Through their relationship with Kickstarter, these dishonest activists coordinated in tandem through Daily Kos to mass report our campaign for TOS violations for the sole purpose to shut down our funding stream for our own comic publishing ventures through the nefarious means of false flagging, misinformation and and outright lies, and encouraging a mob of the easily offended to report our campaign.” 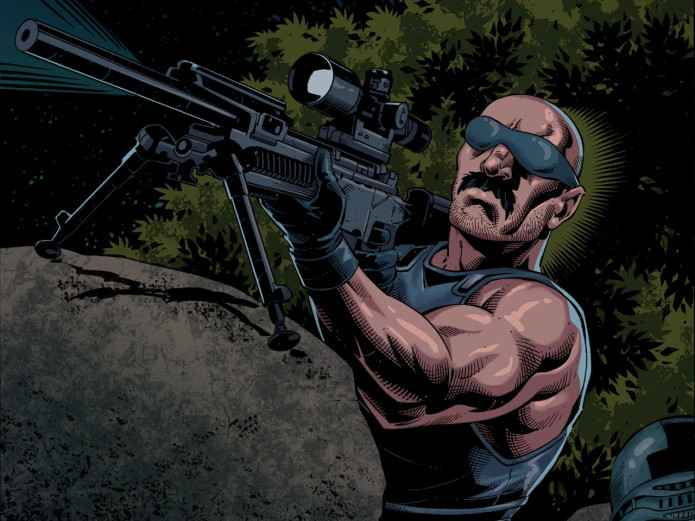 What do you make of Mike Baron raising a legal war chest to sue Daily Kos?

NEXT: Will Robson, Joe Quinones And Other Comic Book Professionals Allege Publishers Aren’t Paying Them For Their Work