Contrary to popular belief in the West, there’s more to the medium of anime and manga than just the typical action battle shonens, ecchi and isekai series.

One such series Tokyo Underworld. 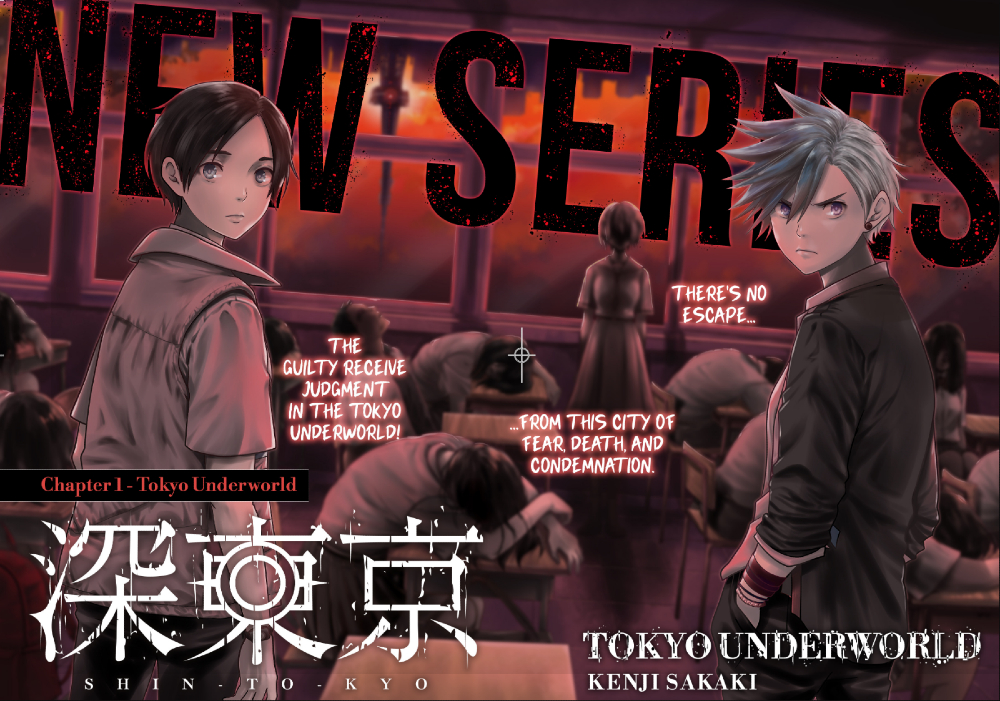 Our favorite new title to begin serialization in 2022, Kenji Sakaki’s ‘death survival game’ series blew us away with both its fresh take on the horror genre and its eerie art – so much so that we reached out to the mangaka in the hopes that she would take the time to provide us with further insights into her creative process.

Graciously, Sakaki agreed to take time out of her busy schedule to exclusively speak with us about not only her difficult journey to Tokyo Underworld‘s serialization, but also the inspirations behind its story and monstrous executioner designs. 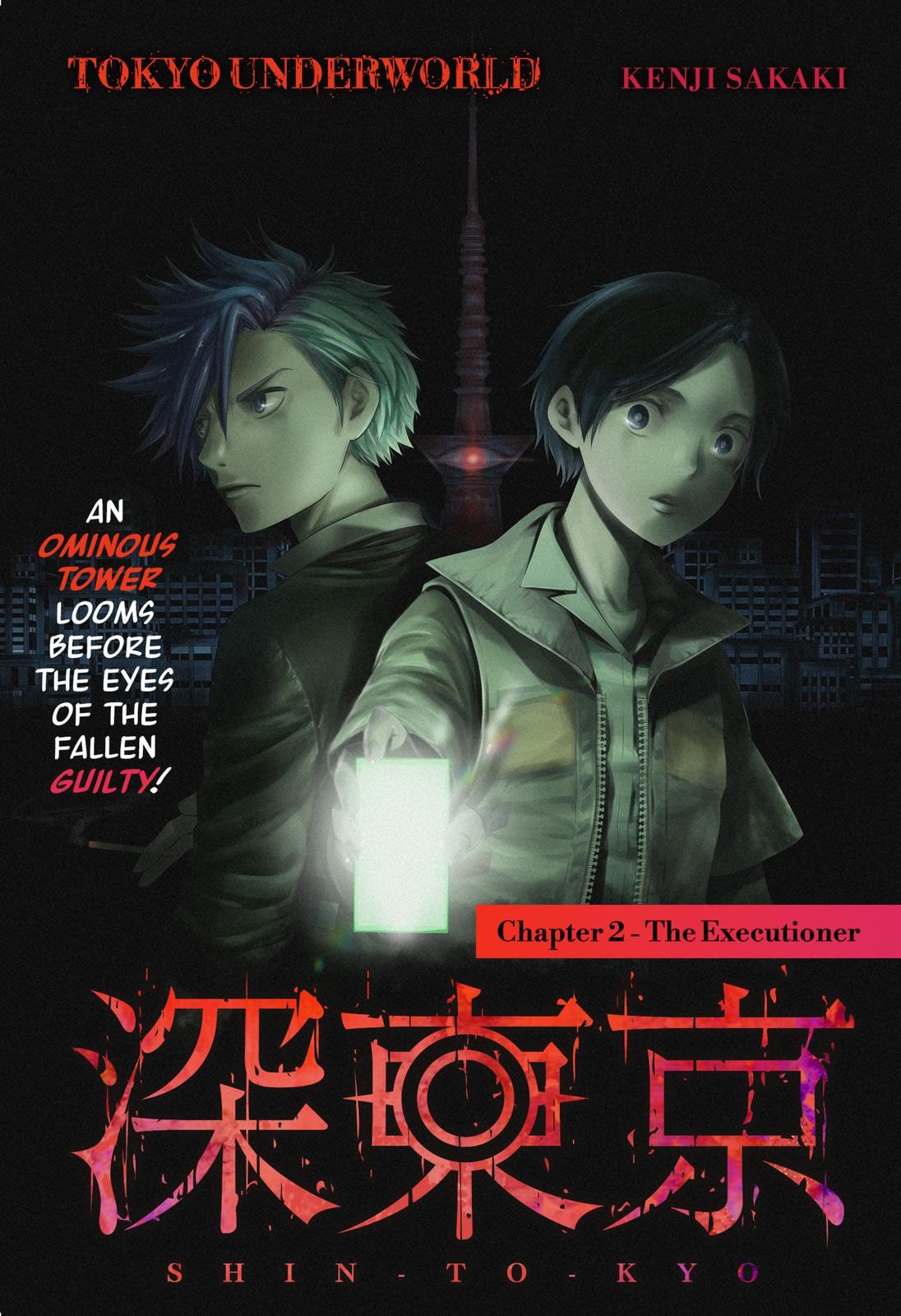 Yomi and Yami in Tokyo Underworld Chapter 2 “The Executioner” (2022), Shueisha. Words and Art by Kenji Sakaki via Digital Issue

Neridigans Inc.: How difficult was the journey to get Tokyo Underworld serialized in Shueisha’s Jump Plus?

Kenji Sakaki: It was a long and difficult journey to get Tokyo Underworld serialize and several works were sacrificed, but once I decided to depict a hell similar to Tokyo, it was quick. I am quick at drawing manga, so the serialization was decided right away.

However, it was very difficult to start a weekly serialization with a child, so I decided to delay the start date of Tokyo Underworld‘s serialization, saved it up, and then started publishing it. 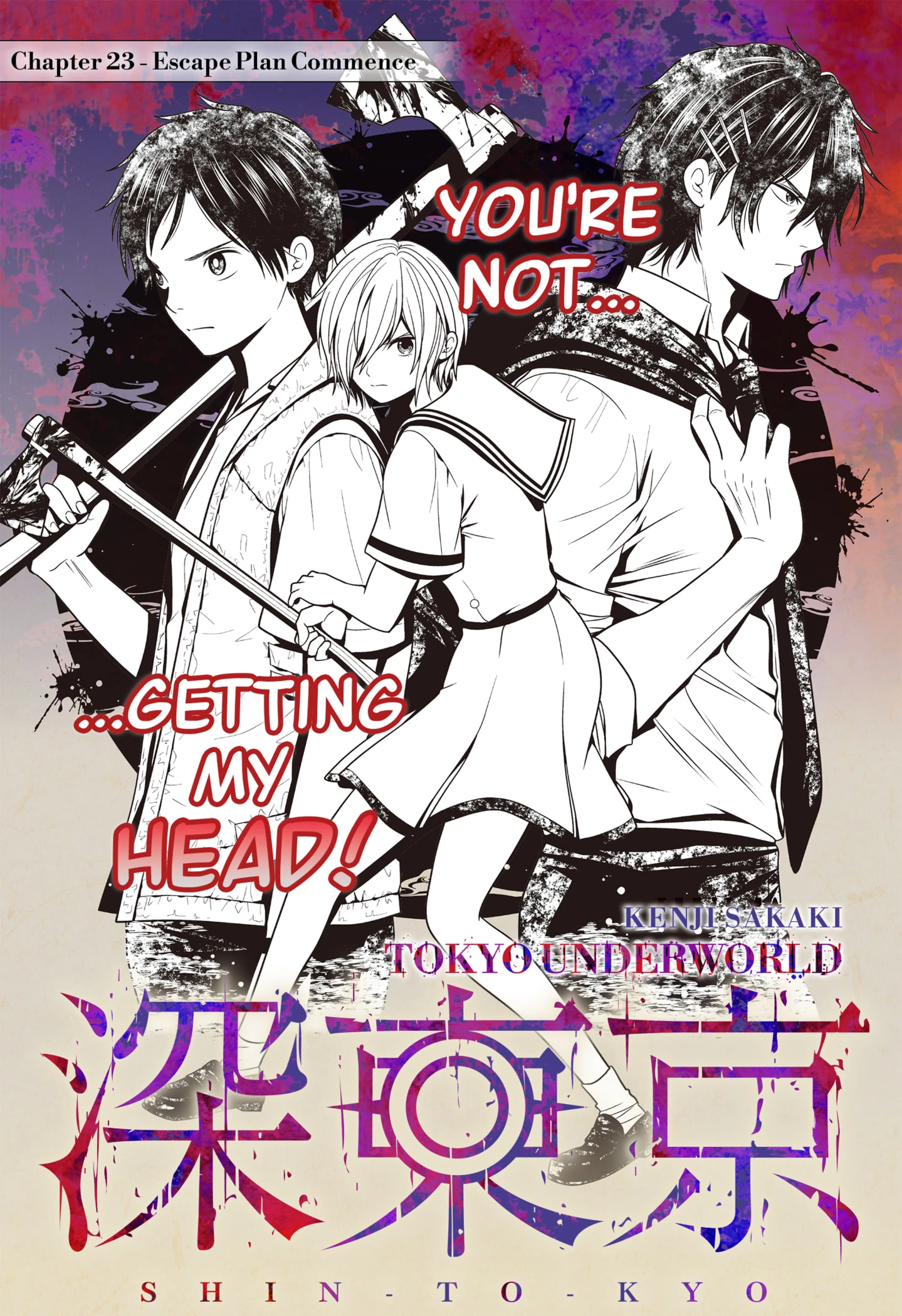 Nerdigans Inc.: How difficult is it to balance being a wife and mother while working the harsh schedule of a weekly serialization?

Kenji Sakaki: Juggling a weekly series and childcare is very difficult. Fortunately, I am fast at drawing manuscripts and good at managing my schedule, so I manage to keep my work viable. I like the weekly series and hope to keep it that way as long as I can. 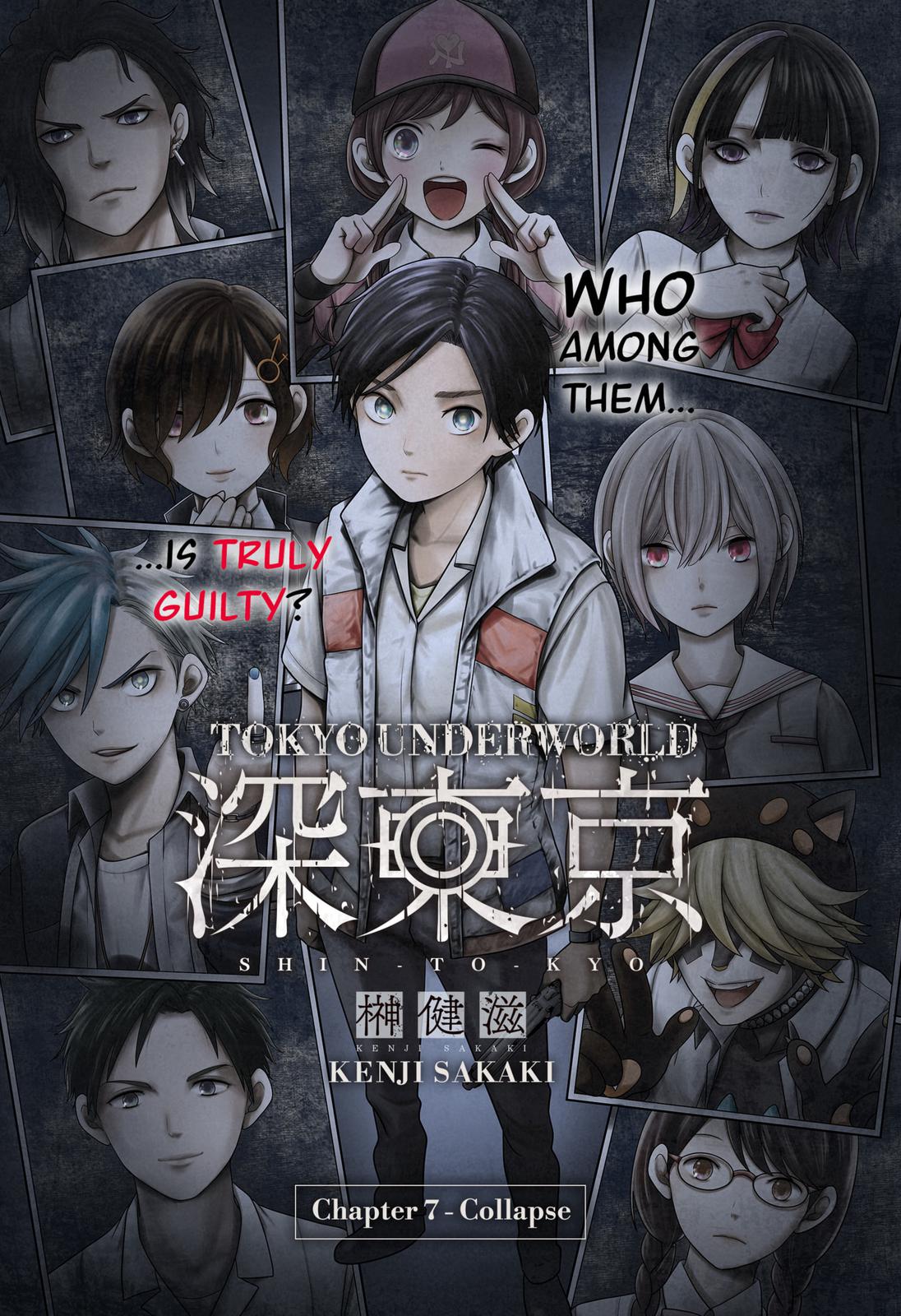 Nerdigans Inc.: Is all of the incredible art seen in Tokyo Underworld manga hand drawn?

Kenji Sakaki: I do all my painting on the computer. I used to draw on paper, but I changed because the computer is easier.

Nerdigans Inc.: What was the inspiration for Tokyo Underworld?

Kenji Sakaki:  I wanted to depict Hell. The Japanese idea of Hell is a place where people who have committed sins go and are punished by the demons that live there. In Tokyo Underworld, I wanted to depict the escape from hell in an entertaining manga style. 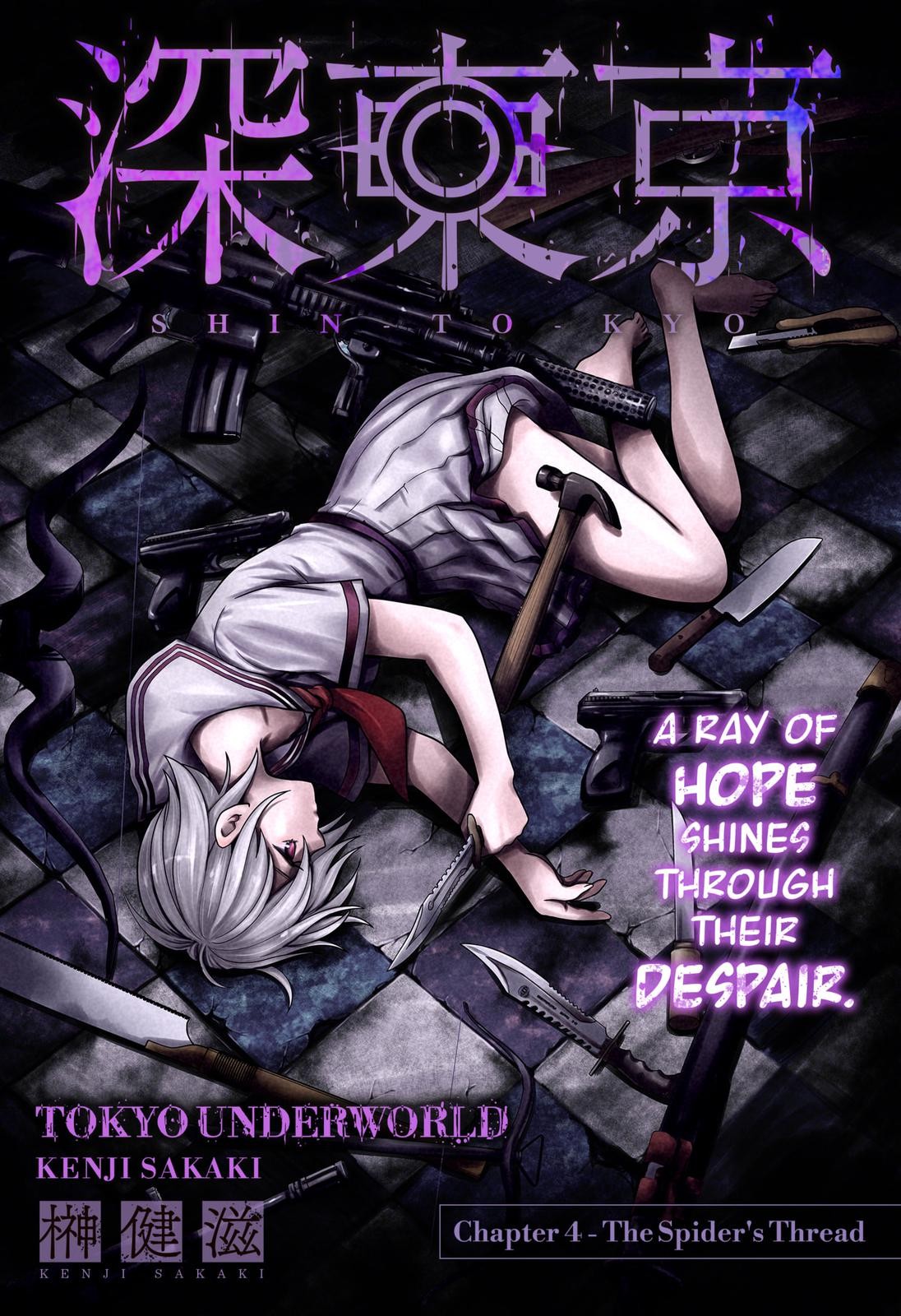 Nerdigans Inc.: Why did you ultimately decide to use an urban setting for Tokyo Underworld?

Kenji Sakaki: The reason for setting it in a city is I wanted to depict one strange town. I like to make stories in a limited space (I like LOST, Prison Break, Saw, etc.), so this time, I decided to make a tour of famous places in Tokyo, where terrible things happen. 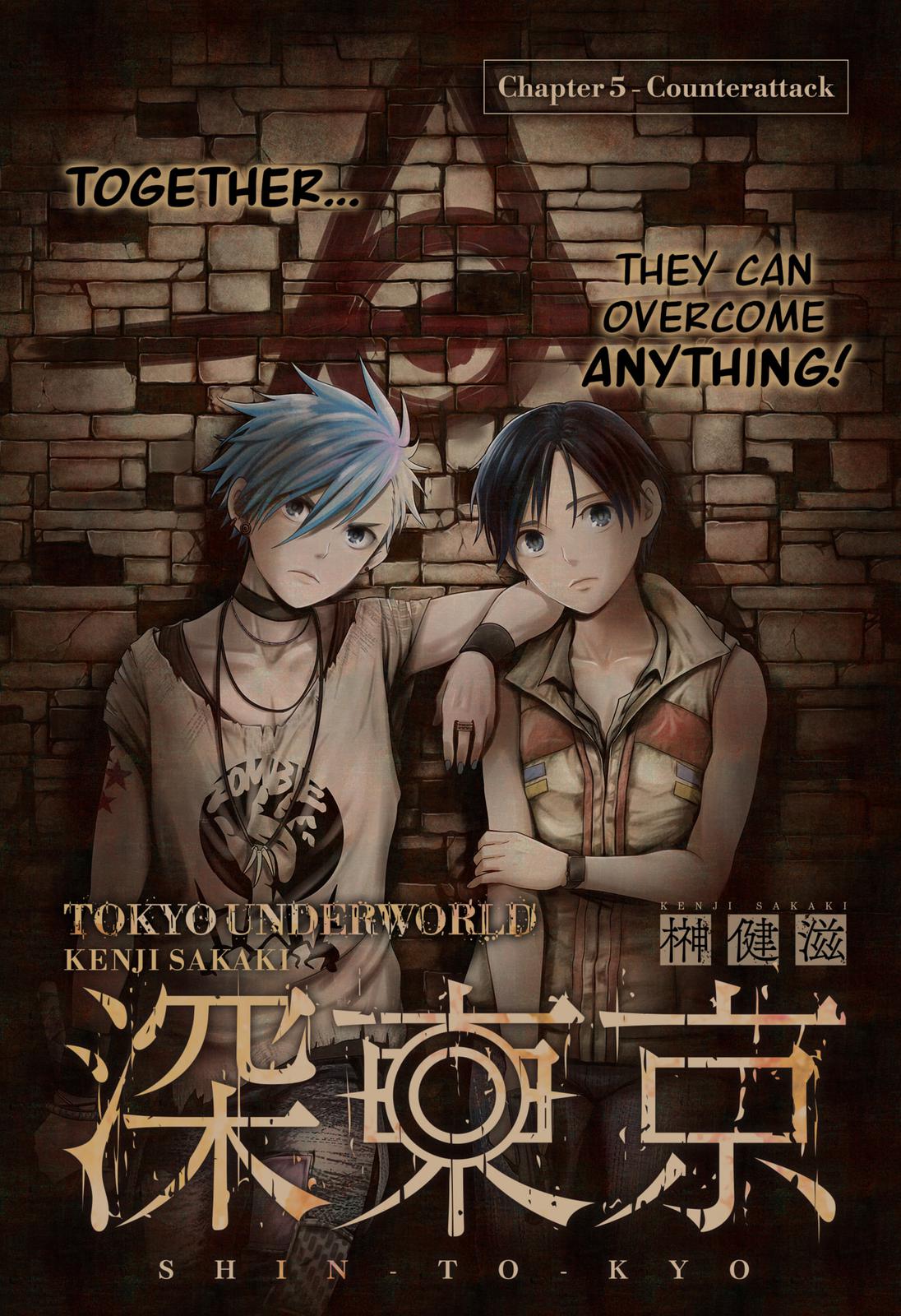 Nerdigans Inc. Are the execution sites depicted in Tokyo Underworld based on actual locations?

Kenji Sakaki: They were conceived by incorporating an actual location in Tokyo. The Rainbow Bridge in Daiba is an actual bridge. The market in Toyosu is also real, and Ginza is famous for its department stores. In old Tokyo, there were several execution sites throughout the city. (Suzugamori Penitentiary, etc.). That’s what I imagined. 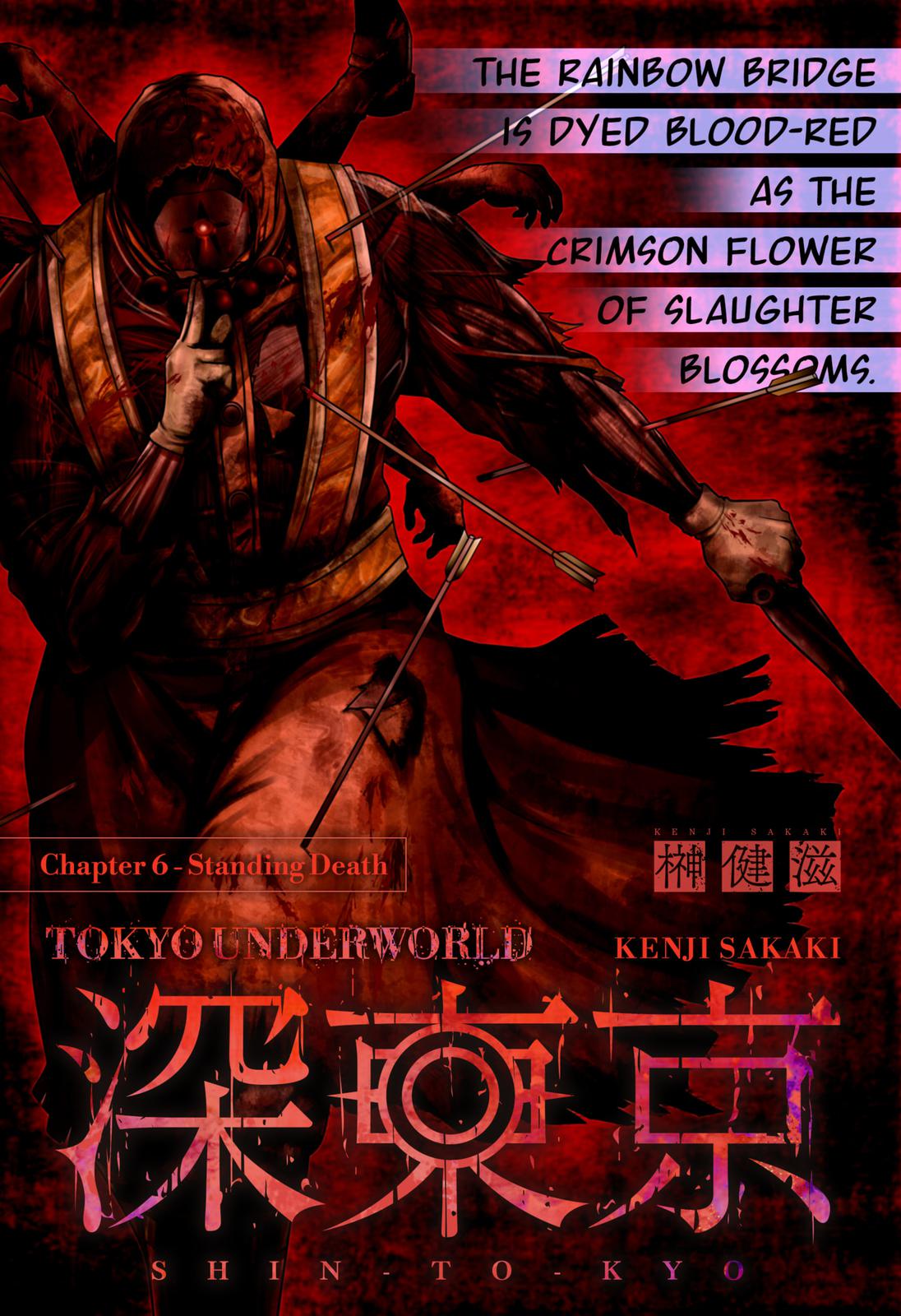 Nerdigans Inc.: Another concept of Tokyo Underworld that we really found interesting were guiltograms and how even self-guilt contributes to the weight of one’s guilt. What was the thought behind that?

Kenji Sakaki: A guilt-gram is a unit of weight for grudges. It is weighted according to the intensity of the grudge directed at you or others. The stronger the guilt, the more the person directs the grudge toward himself…this is a point I like to make here. 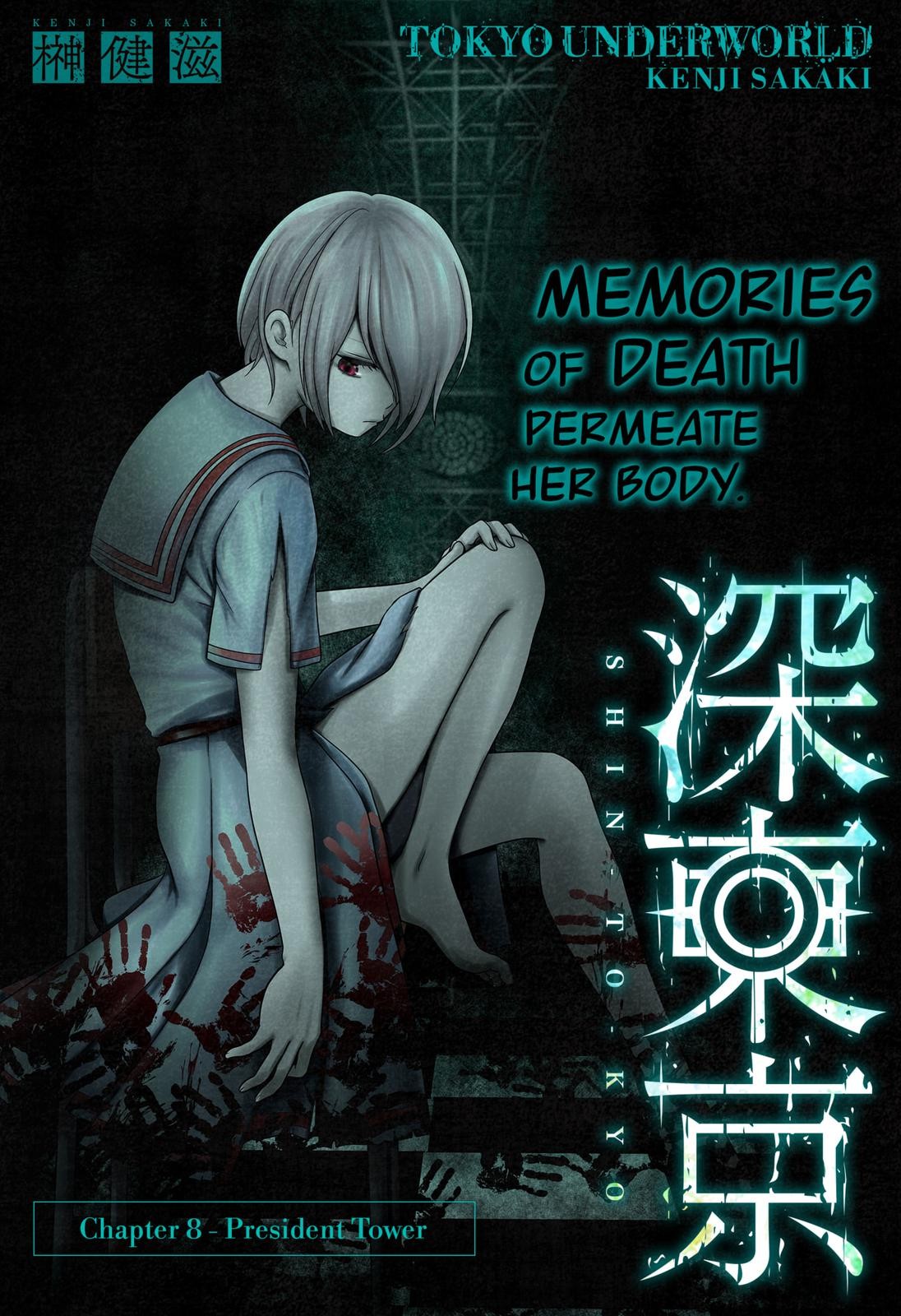 Nerdigans Inc.: An aspect we really love about Tokyo Underworld is the concept of the executioners being based off of real life historical figures. What was your inspiration for their designs?

Kenji Sakaki: For the executioners, I wanted to use a motif of an enemy that readers could easily visualize and understand. So I chose a great historical figure with an eerie, surrealistic style. Also, because I love history. 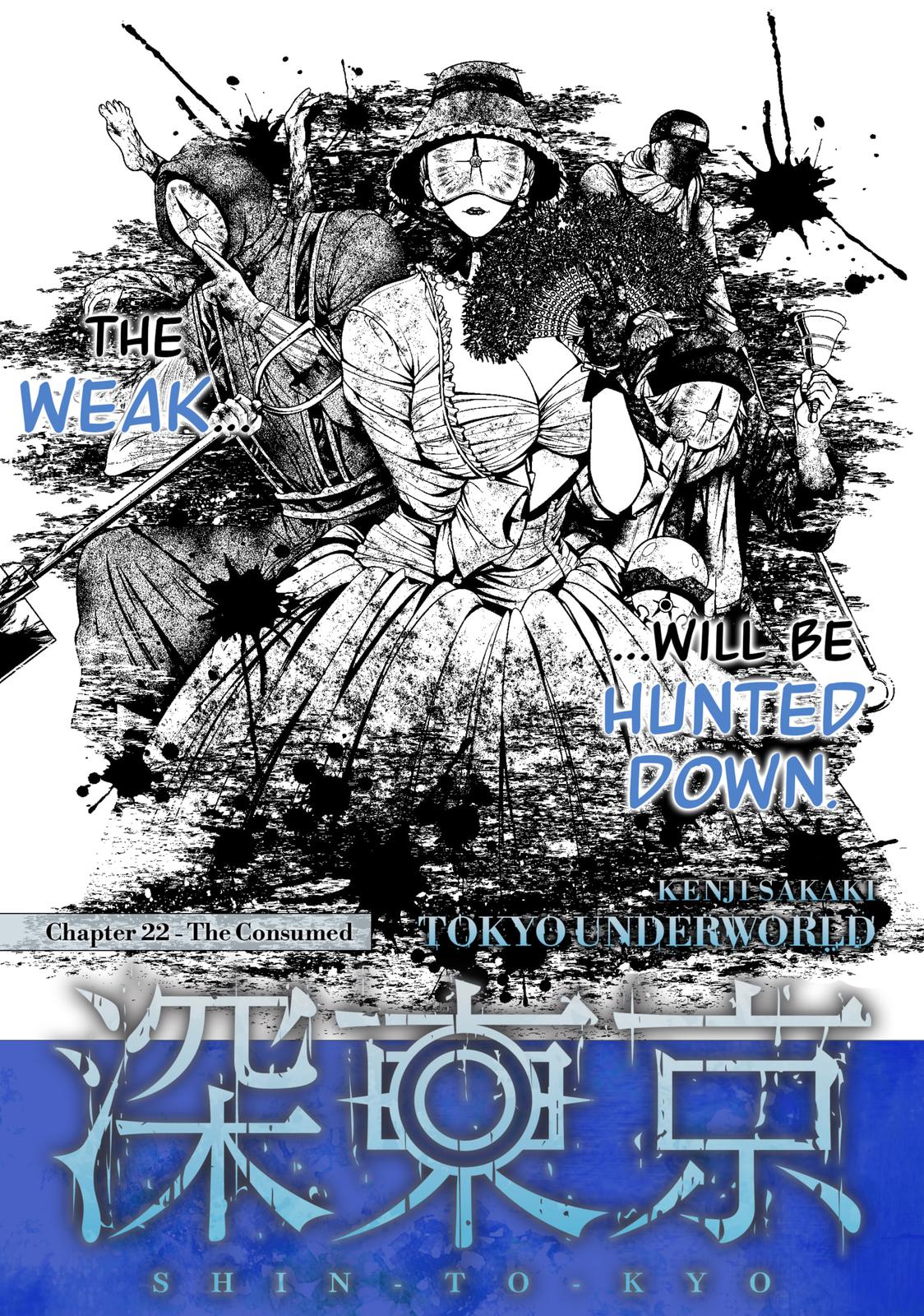 The Executioners in Tokyo Underworld Chapter 22 “The Consumed” (2022), Shueisha. Words and Art by Kenji Sakaki via Digital Issue

Nerdigans Inc.: The designs for the executioners seen in Tokyo Underworld thus far are the most creative and creepy interpretations of historical figures we’ve seen depicted in historical-based fiction. What was the creative process behind them and who is your favorite?

Kenji Sakaki: I like Benkei’s design best. I made him a familiar historical figure in Japan. Since Benkei is the first executioner to appear in Tokyo Underworld, I decided to go with a character who does not talk much to emphasize his eeriness. 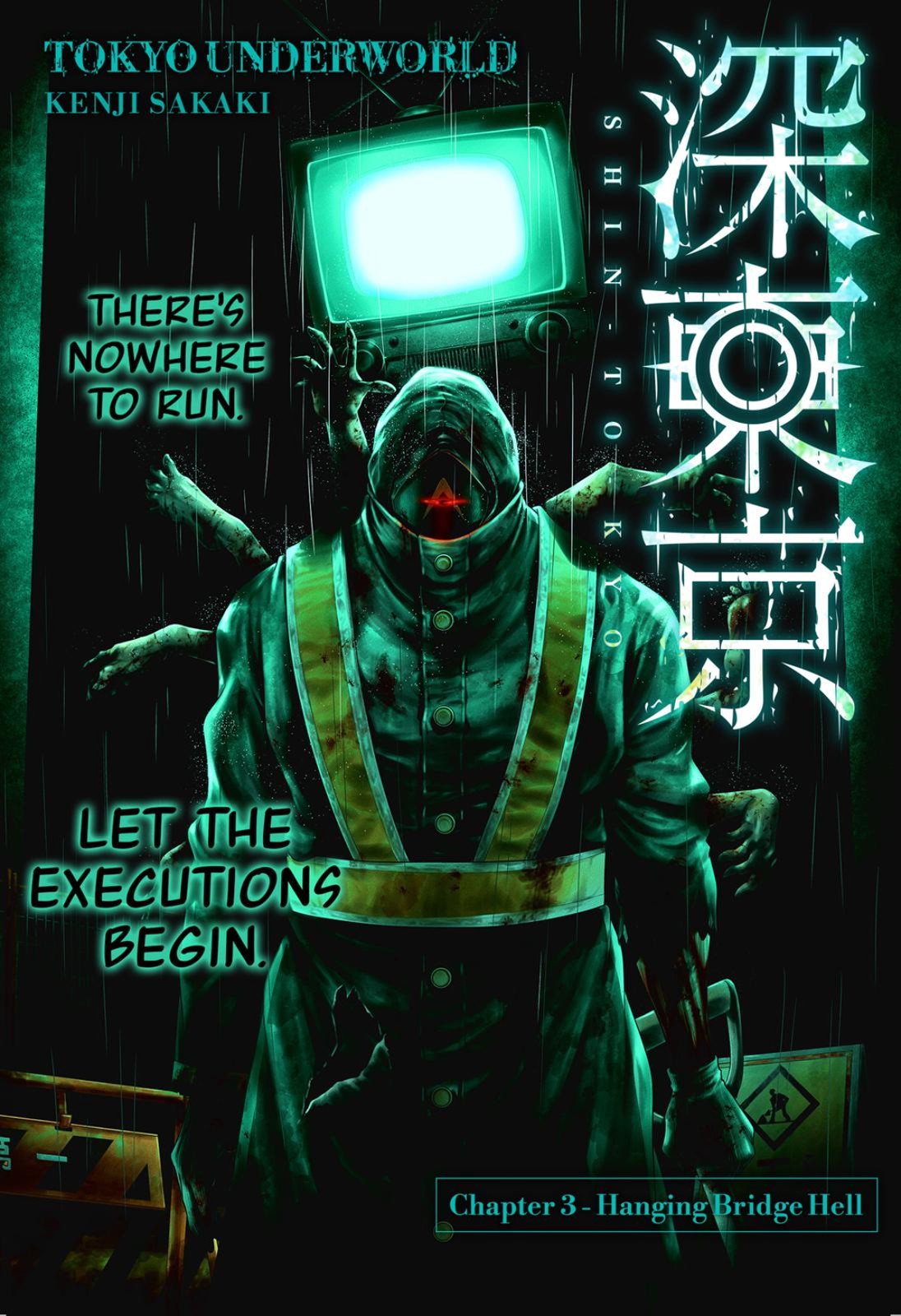 Kenji Sakaki: For Columbus, I chose to give him an ugly design to leave a strong impression of the Toyosu Guilty market dealers combined with the sea, and evil deeds. It is quite difficult to draw the barnacles on his back. 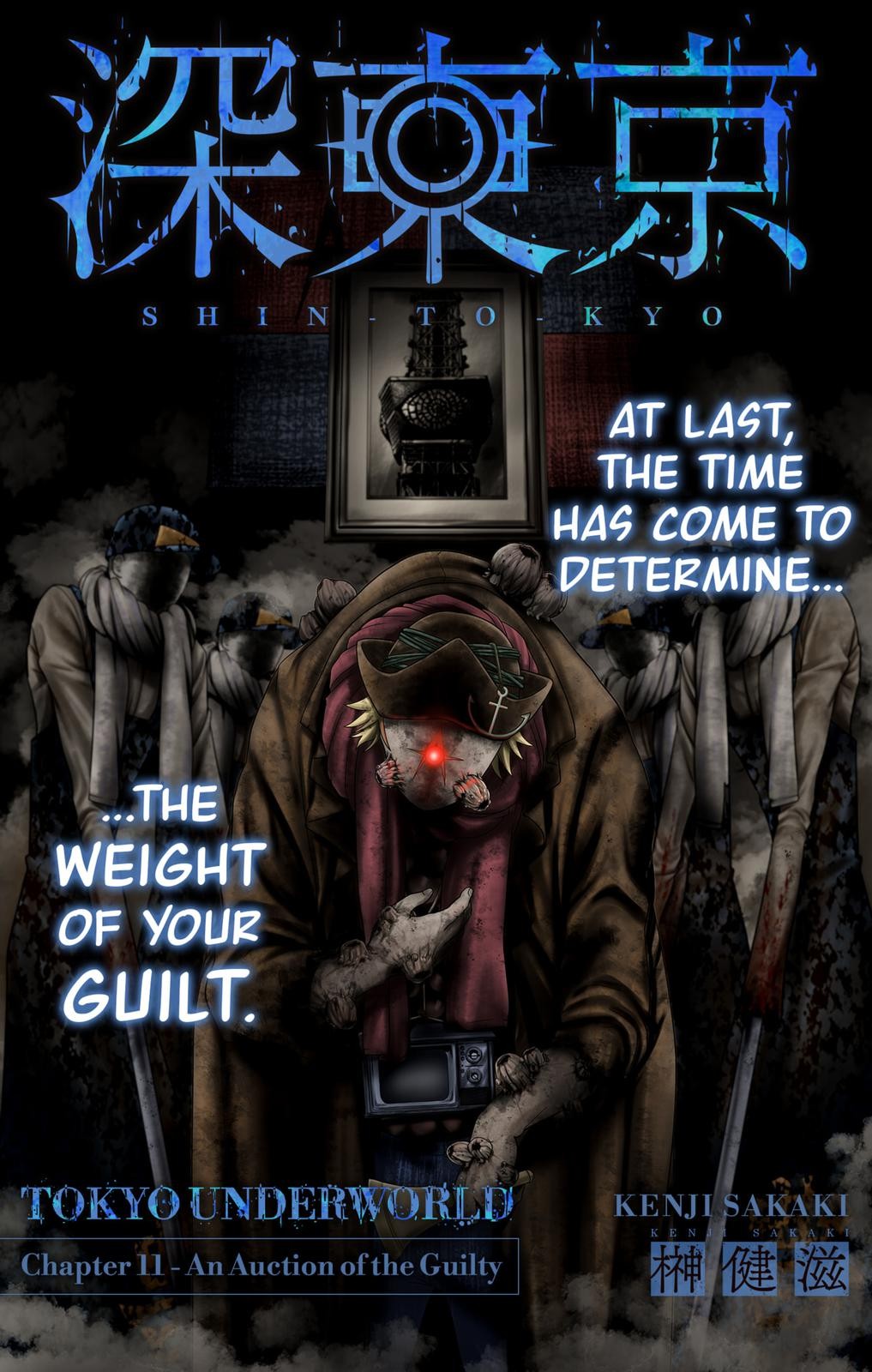 Columbus in Tokyo Underworld Chapter 11 “An Auction of the Guilty” (2022), Shueisha, Words and Art by Kenji Sakaki via Digital Issue

Kenji Sakaki: The executioner Antoinette is the queen of love and eating (predation). She is a fun character to draw. However, it was difficult to draw the tentacles, for which I used an octopus and various movie space-lifeforms as references. 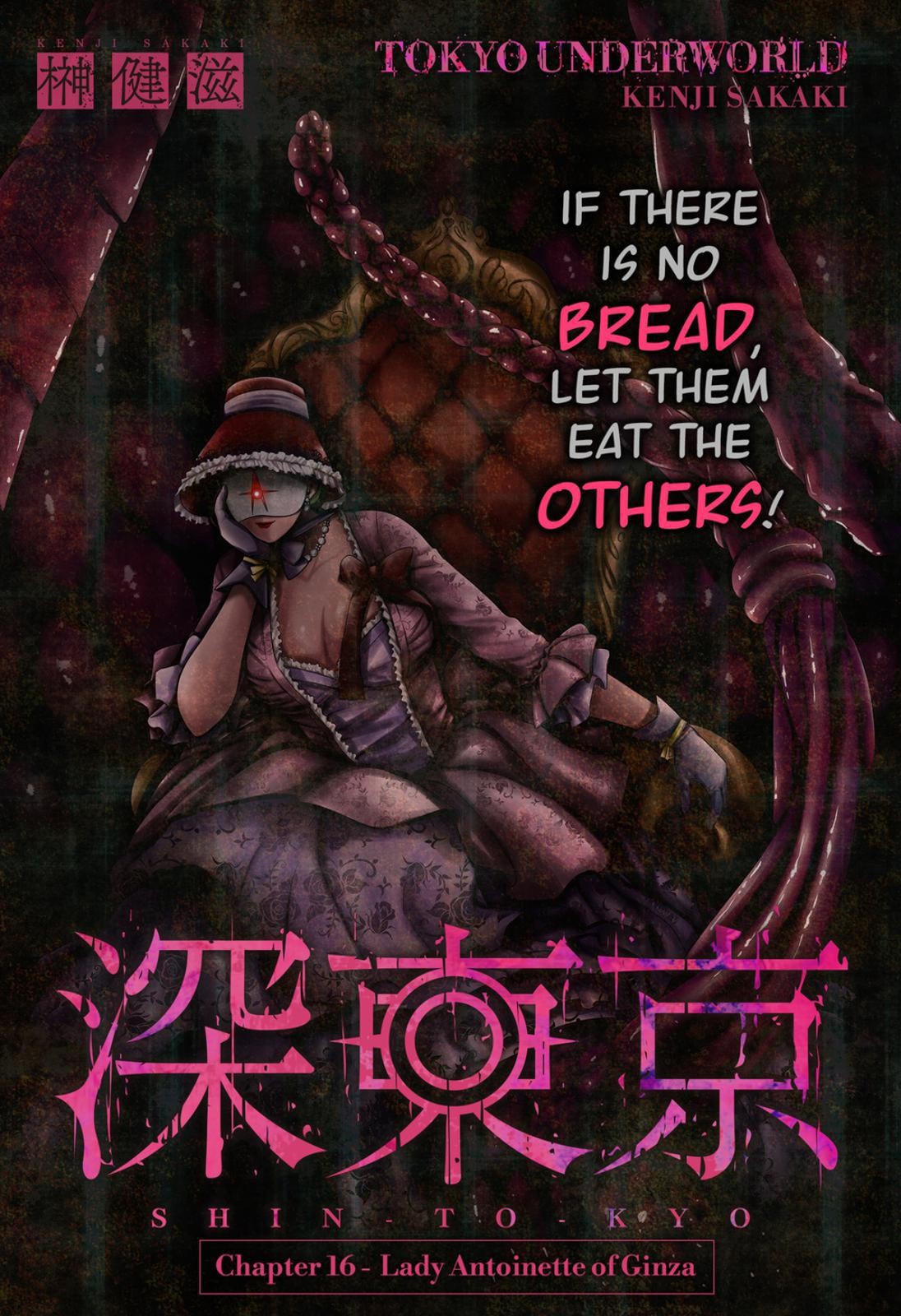 Nerdigans Inc.: What can readers expect from Tokyo Underworld in 2023?

Kenji Sakaki: This year, readers can look forward to several major battles against the executioners. With the recent events revealed at the end of 2022, Yomi, Yami and the gang will feel an increased sense of urgency and speed in their search for a way out of the Tokyo Underworld. 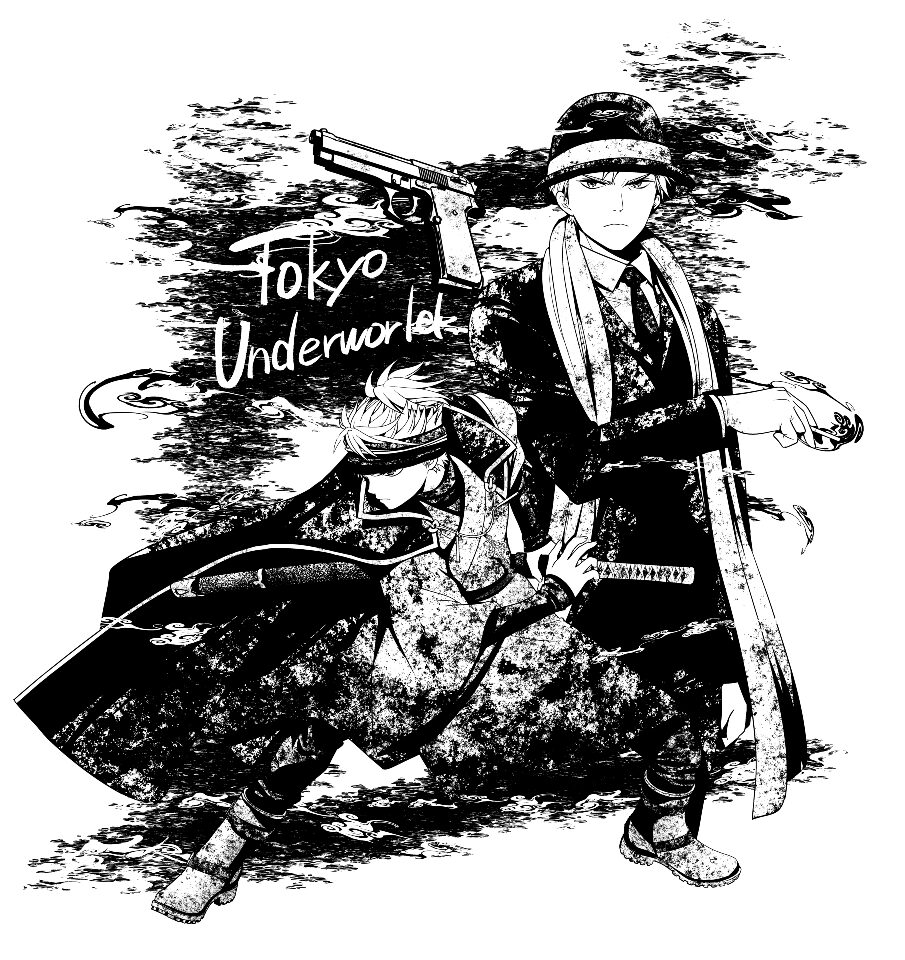