Man of Steel actor Michael Shannon recently weighed in on the death of Halyna Hutchins on the set of Rust and appeared to defend Alec Baldwin.

Shannon shared his thoughts in an interview with Chicago Tribune where he said, “the main thing was: This is what comes of making a movie on the cheap.”

When asked to be walked through firearm protocols on a movie set, Shannon answered, “Rust is an example of a problem I see in filmmaking more and more these days. On smaller productions, independent productions, the producers keep wanting more and more for less and less. They don’t want to give you enough money. They cut corners, ridiculously, every which way. And they get away with it.”

He elaborated, “So every time someone makes a great movie for a million dollars, it sets a precedent. The financiers say, well, Joe Blow made a movie for a million, we’re gonna give you a million, too. And you’re, like, ‘But I need $3 million to make it the right way.’ And they say ‘Well, I guess you won’t do it, then.'”

He concluded he question saying, “They whittle the budget down to the bare minimum — but the one thing you can’t cut corners on is your armorer. If you have guns in your movie, that’s no place to cut corners. The person on Rust clearly was not qualified for the job. She should not have been there.” 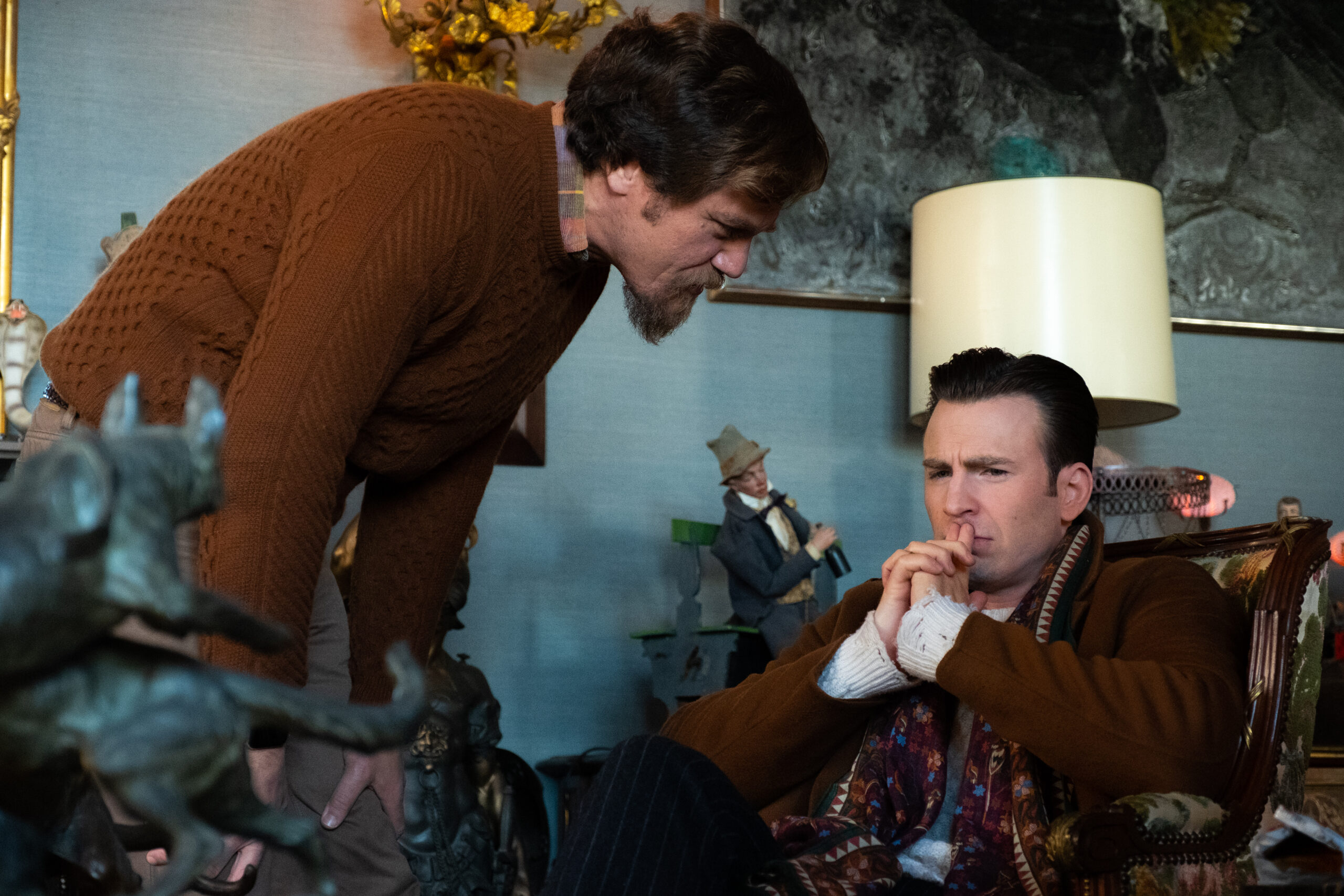 Shannon would then appear to defend Baldwin claiming that it was not his responsibility to be a firearms expert.

Chicago Tribune’s Michael Phillips posited “After the charges [against Baldwin] last week, the Screen Actors Guild-American Federation of Television and Radio Artists responded in part with this union statement: “The prosecutor’s contention that an actor has a duty to ensure the functional and mechanical operation of a firearm on a production set is wrong and uninformed. An actor’s job is not to be a firearms or weapons expert.”

Shannon replied, “That’s right. If it were up to the actor to determine whether a firearm is safe or not, you wouldn’t need an armorer in the first place. Being an armorer is a hard job, a demanding job, and I have nothing but respect for them. But in this instance, it was going into the ER and finding out your doctor isn’t a real doctor.” 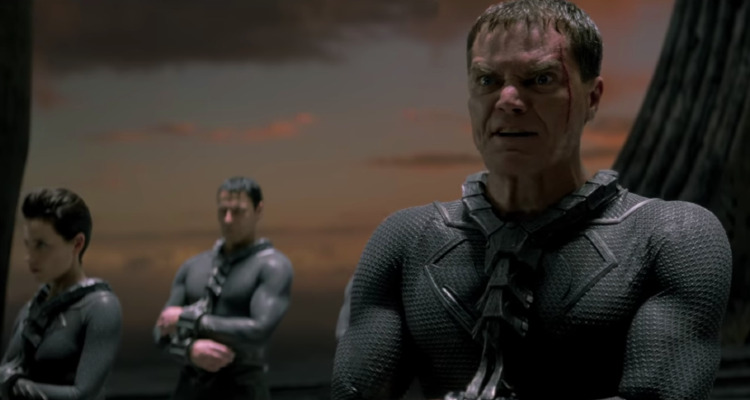 He continued, “When you’re rehearsing a scene with a gun in it, and you’re on set, the gun you’re given almost always is not a gun. It’s a rubber replica. Maybe a plastic one. It is not a firearm. That’s what you have during any sort of rehearsal or walk-through, right up until you’re figuring out the shot, and what your firing line will be, all of that. You shouldn’t have the actual weapon in your hand until immediately before doing the take.”

“Now, sometimes that doesn’t happen. Sometimes they’ll give you the actual gun to rehearse with a little closer to filming. But there’s a procedure for that. They open the barrel. They show you there’s nothing in there. They show you the chambers, they show the assistant director, and it’s a visual confirmation. The AD’s supposed to check it, the actor checks it and the armorer has checked it. All three of those people have to see there’s nothing in there. And then they hand it to you,” he said.

Shannon then noted that Baldwin should have checked the gun to see it was not loaded, “With Rust, before that gun went into his hand, (Baldwin) should have seen with his own eyes there was nothing in it.” 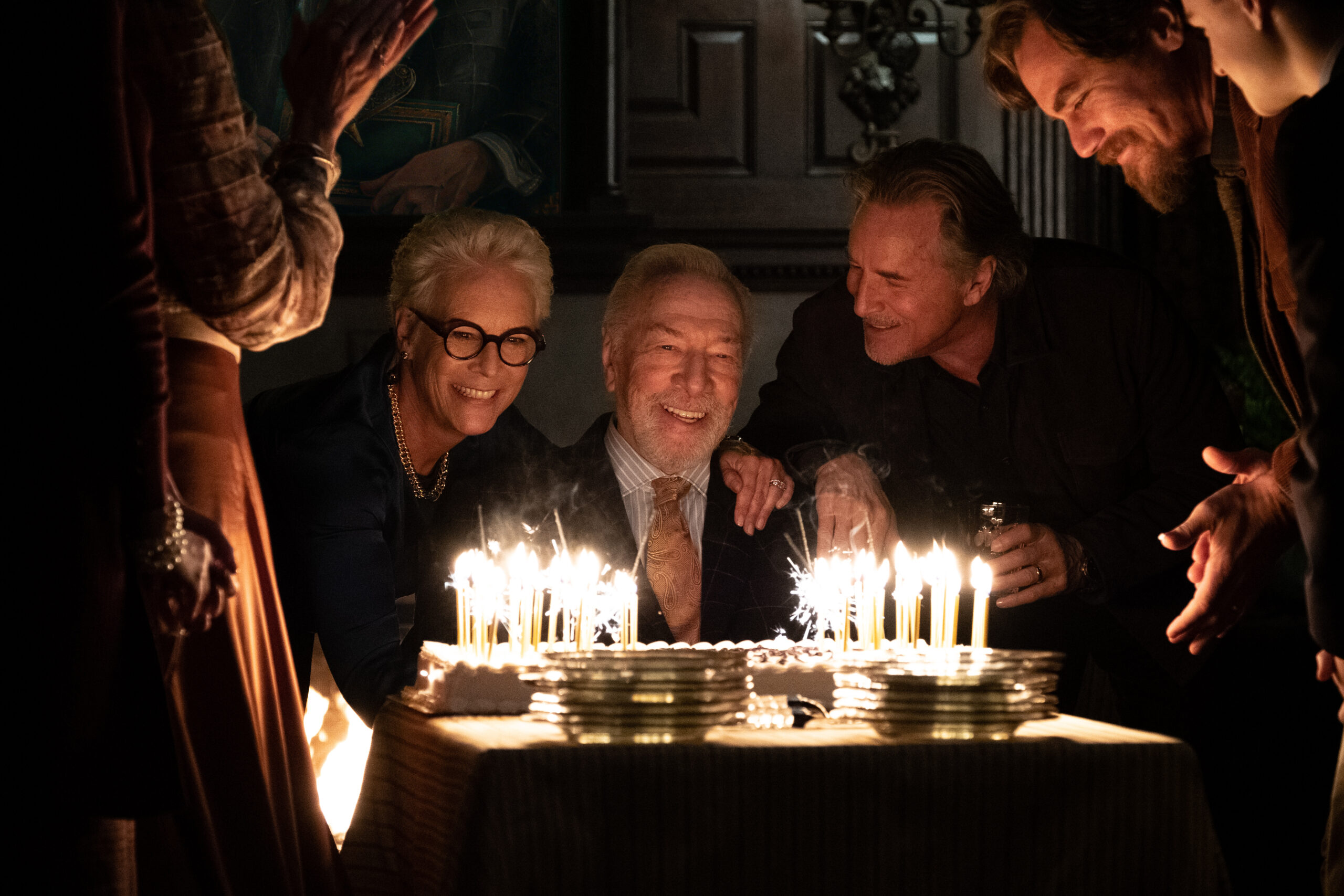 However, when asked, “But not on his own initiative?” Shannon replied, “No. The armorer should’ve brought the gun over to him and said: Here is your firearm. It is empty. Or maybe (the gun) has decoy or dummy rounds in it; you pull the trigger, nothing happens.”

“But you never settle for walking up to an actor and handing the gun over without showing them what’s inside of it. Ever. That was the cataclysmic event on Rust,” he continued. 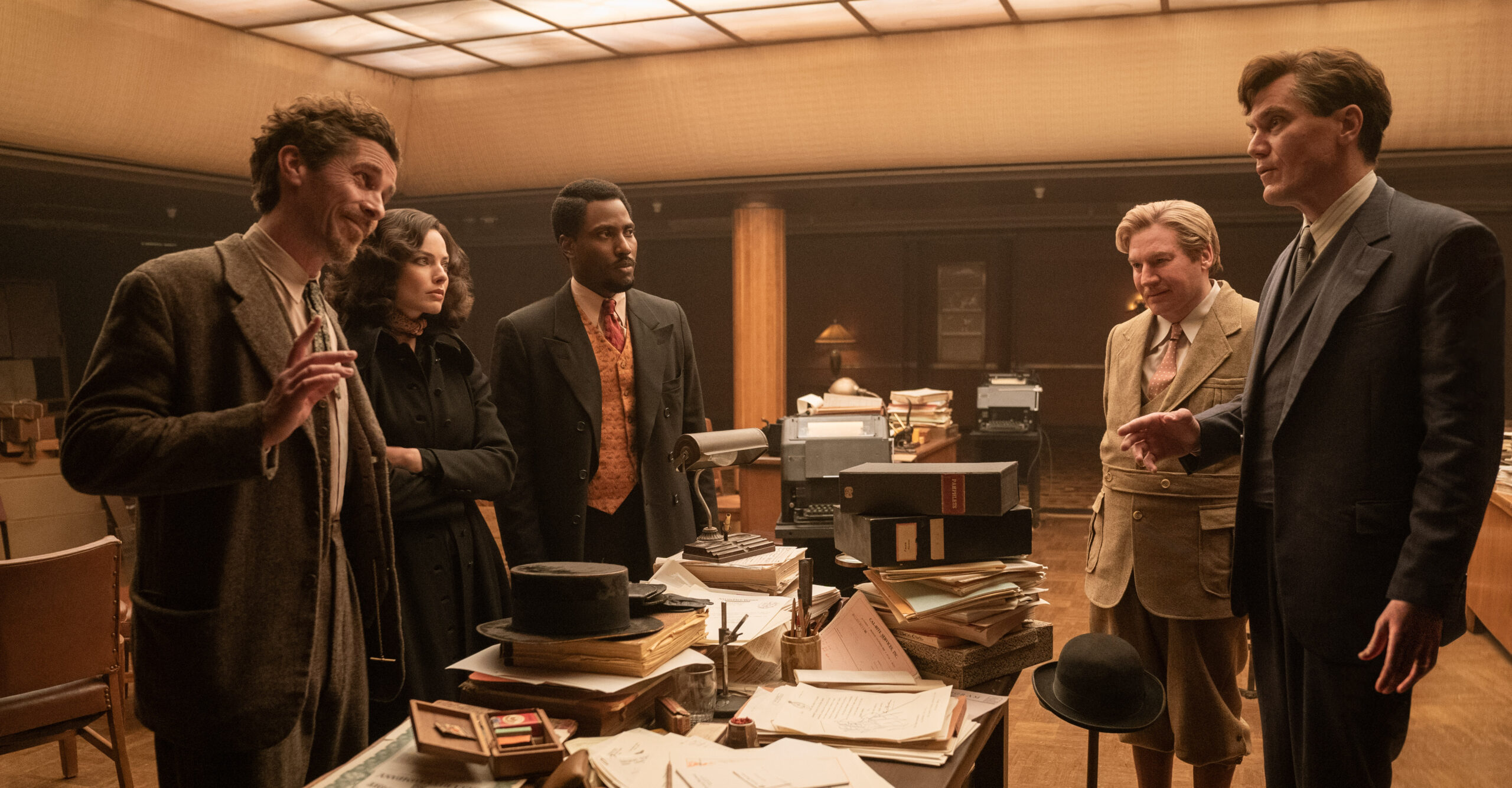 Shannon went on, “As an actor, if I’m handed a weapon, my finger does not go in the trigger hole at all. I learned this at a very young age as an actor. You lay your finger outside, along the barrel of the gun. You do not put your finger in the trigger hole unless you’re going for a take. If you’re holding a firearm between takes, which you shouldn’t be, you point it at the ground until somebody comes and collects it from you.”

The Man of Steel actor then doubled down on blaming cost cutting for the killing of Halyna Hutchins, “I’m not condemning Alec. I feel horrible for the guy. It’s a nightmare. I feel terrible for everyone on that production. But this is what happens when you lowball and cut corners and hire people that may not be qualified, and pay them next to nothing, and make the movie on the cheap. People get jobs in this business because they’re willing to work for a low enough fee. I see it all the time.”

Shannon went on to note that within Hollywood there’s a push to get rid of firearms on film sets altogether, “Since this happened, I think the armorer might become obsolete. There’s a big push now to do in post, you know, postproduction. No more live firing on set, period. So you act like you’re firing a gun when you’re not. It’s called ‘acting.’ And it’s truly not worth dying for.”

He then argued that gunplay should be removed from movies altogether, “The other thing you could do, I guess, is take the frickin’ gunplay out of movies in general. I mean, enough, already. You want to watch somebody shoot somebody? There are 500,000 movies already with plenty of it.” 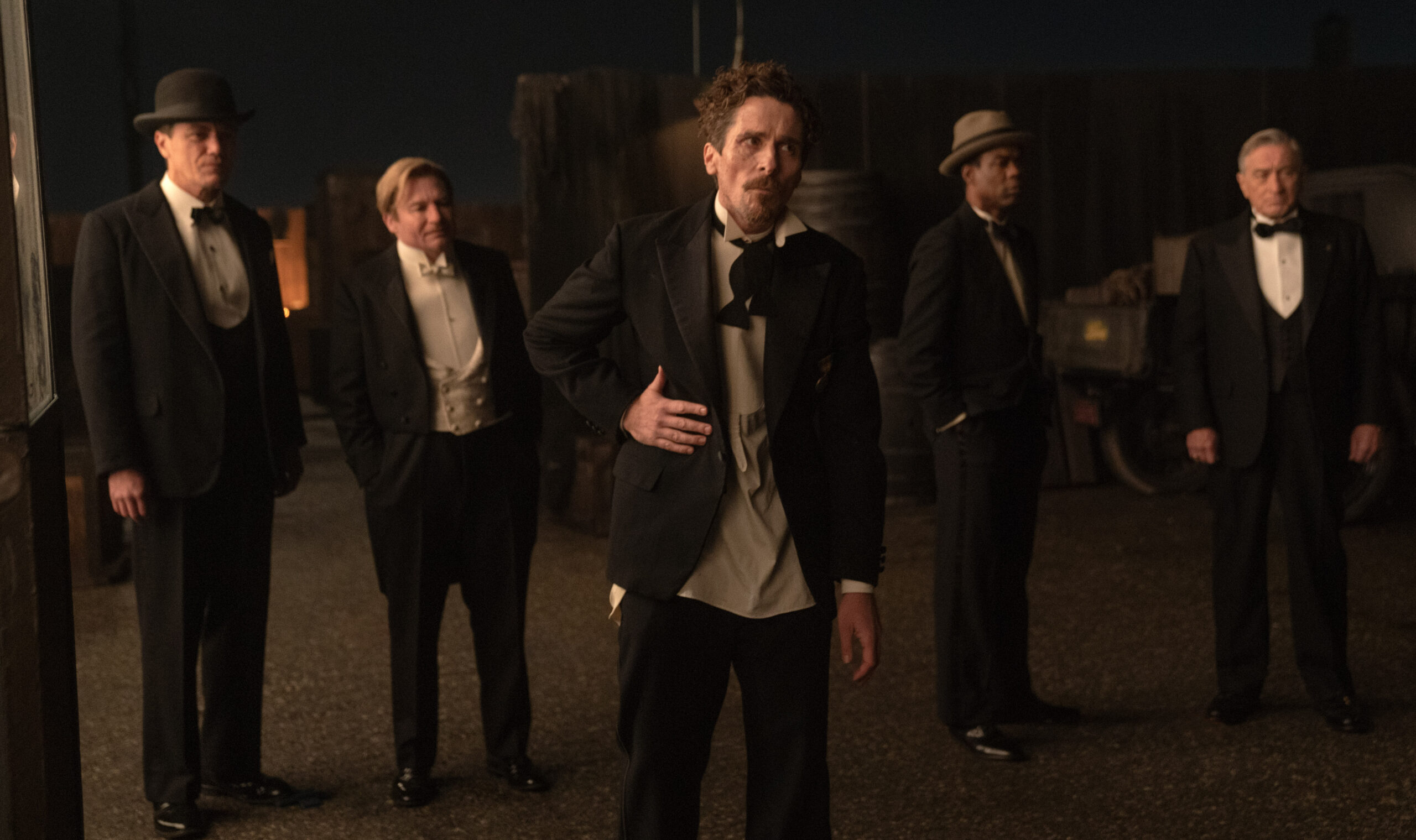 He then bizarrely claimed that video games could replace the desire for action films and gunplay in movies, “That’s what video games are for, I guess. It’s imaginary and there’s no risk of hurting anybody, as long as it doesn’t inspire you to go out and wreak havoc in real life. Some people draw a connection, some people don’t.”

Shannon then opined, “I guess I don’t see what’s entertaining about it to begin with — this notion of getting vicarious thrills from firearms in the movies. Where’s the thrill? Do we all secretly want to know what it’s like to shoot someone?”

Shannon would be confronted with his role in Bullet Train to which he responded, “Yeah, but I mean, Bullet Train isn’t really based in any conceivable reality that I know. And most of the time I was using a sword in that one.

“Look, I’m not the poster boy for anything here. But it’s something to think about. Sometimes I wish or wonder if it’ll ever get old,” he declared. 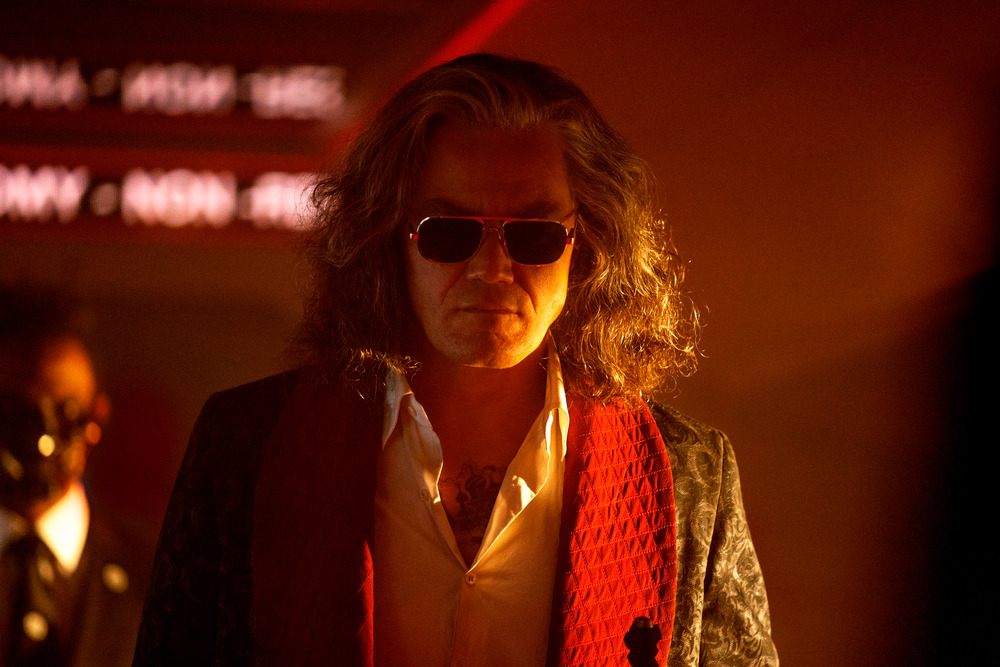 Both Alec Baldwin and Rust armorer Hannah Gutierrez-Reed will face involuntary manslaughter charges for the killing of Halyna Hutchins.

A press release announcing that they will face charges explained, “Rust actor and producer Alec Baldwin and armorer Hannah Gutierrez-Reed will each be charged with two counts of involuntary manslaughter in the death of Halyna Hutchins on the film’s Santa Fe County set in 2021.”

New Mexico First Judicial District Attorney Mary Carmack-Altwies stated, “After a thorough review of the evidence and the laws of the state of New Mexico, I have determined that there is sufficient evidence to file criminal charges against Alec Baldwin and other members of the Rust film crew.”

She added, “On my watch, no one is above the law, and everyone deserves justice.”

Andrea Reeb, a special prosecutor appointed to the case by Carmack-Altwies also stated, “If any one of these three people—Alec Baldwin, Hannah Gutierrez-Reed or David Halls—had done their job, Halyna Hutchins would be alive today. It’s that simple.”

She added, “The evidence clearly shows a pattern of criminal disregard for safety on the Rust film set. In New Mexico, there is no room for film sets that don’t take our state’s commitment to gun safety and public safety seriously.” 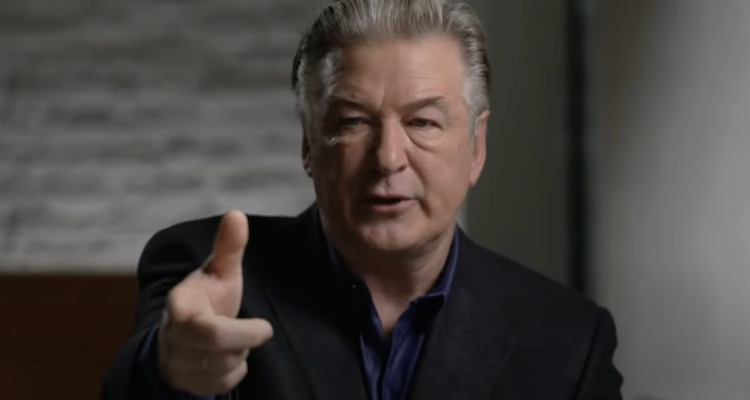 What do you make of Shannon’s comments?