As the desire by higher-ups to reach ‘global audiences’ has led to more and more infringement on the visions of Japanese anime and video game creators, the battle over universal content standards is also heating up in the world of manga. 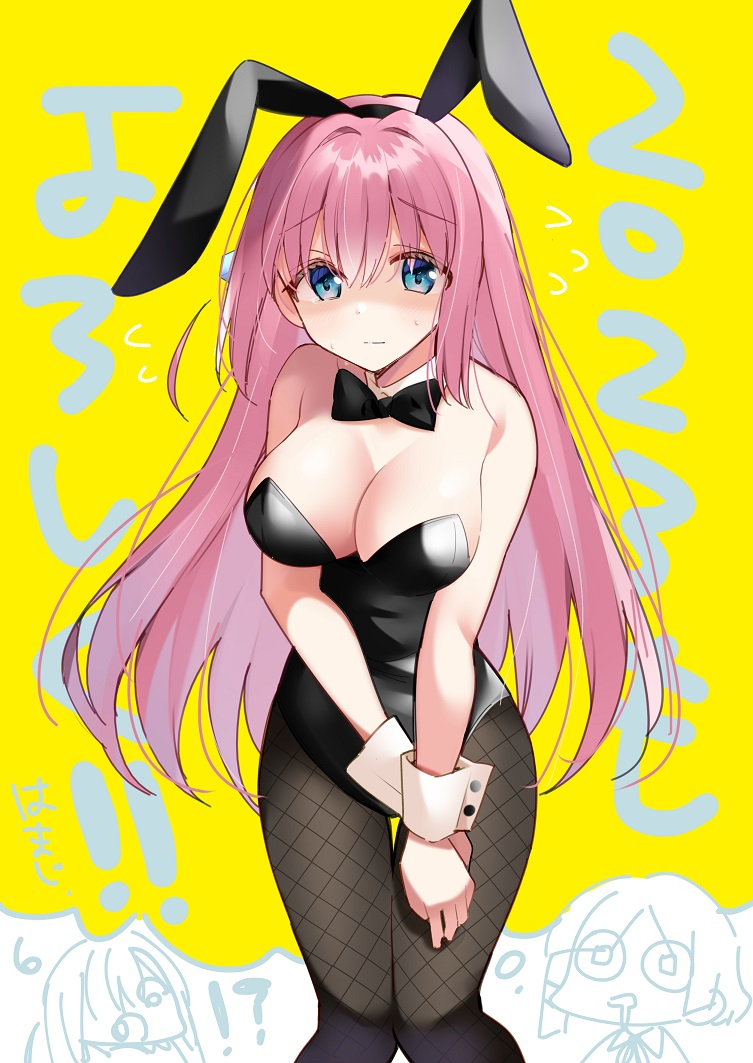 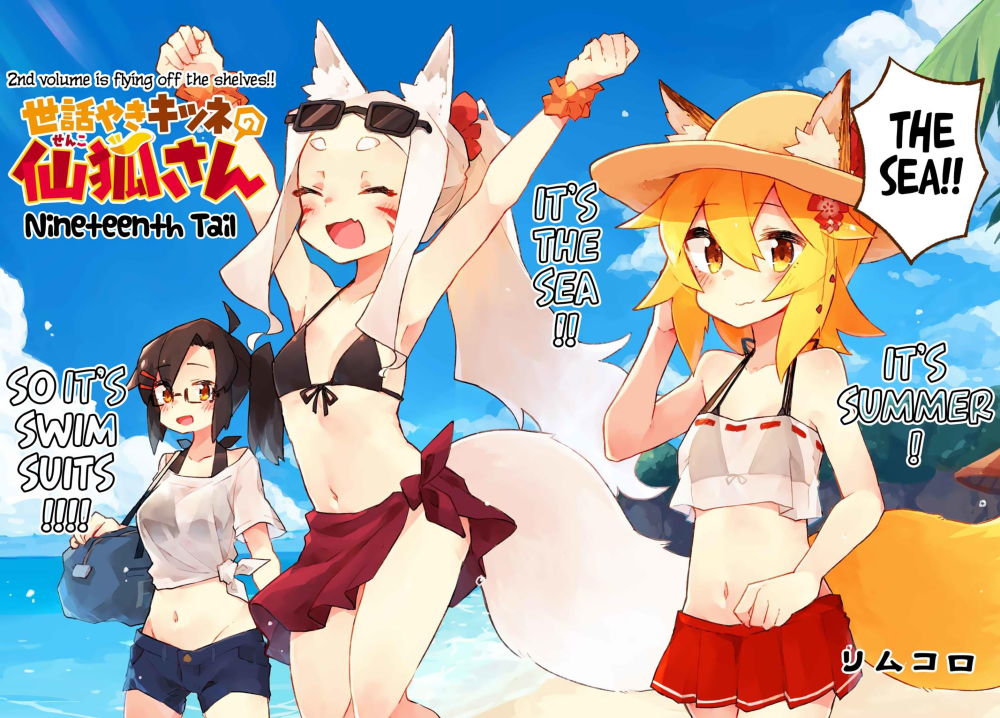 Senko, Shiro and Yasuko in The Helpful Fox Senko-san Chapter 19 (2018), Kadokawa. Words and Art by Rimukoro via Digital Issue

“Speaking of which, for the ero-manga I’m drawing currently, when I suggested having a sex scene take place at a shrine with a god’s messenger that had fox ears and a tail, I was told, ‘Because this is an e-magazine, we’re afraid we might break the rule about ‘no bestiality’, and so adding the ears and tail was rejected,” opened the ero-mangaka (translated via Sankaku Complex). “Because e-magazines follow Western standards, sometimes things like this may happen.” 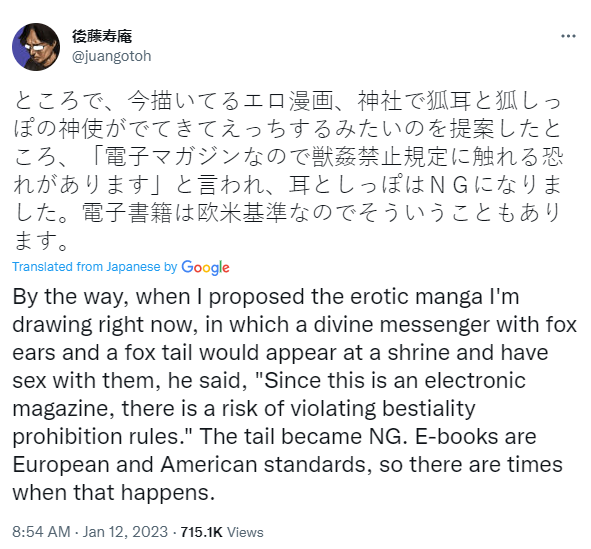 “Even when I said they were a ‘neko’ and not a ‘furry,’” he clarified. “The editor was not able to immediately tell…”

Returning to the topic the next day, Gotoh further explained that, “on the topic of kemomimi and tails, basically the publishing company will outsource the e-magazine to a company working in the online publishing industry, and so the editor isn’t able to immediately determine if it’s okay or not.”

“Normally speaking, you’d think they are overthinking it, but as soon as there is a report from the online publishing company saying that ‘this is bad’, it’s easy to get the manga taken offline,” the mangaka added. 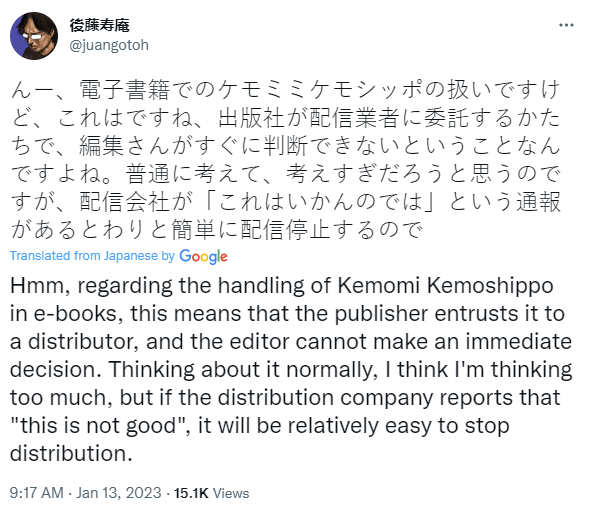 To that end, Gotoh then revealed that “for paper publications, the only parties involved are the publishing company, and distributors like Nippan or Tohan.” He added.  “For e-magazines, lots of companies like Fanza or Kindle are involved in the dealings, you see.

“Speaking of which,” he briefly noted, “my ero-manga tankobons which feature a lot of onee-shota and incest, are pretty much all removed from Kindle.” 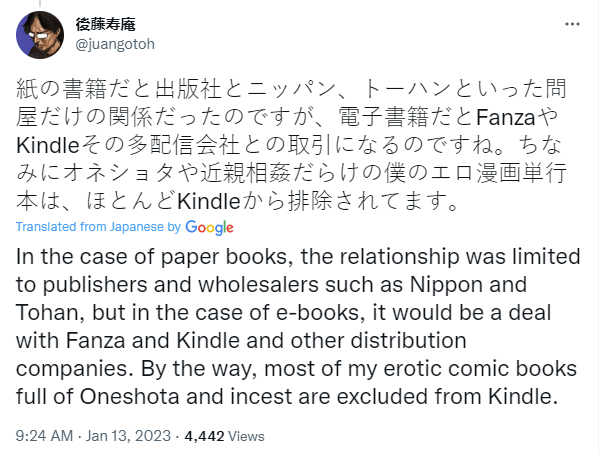 “They were registered there once, but suddenly one day they removed it from the shelves,” he sighed. “It’s quite tough. As soon as somebody raises their voice, saying: ‘I can’t believe you’re distributing something as disgusting as this’, it’s gone” 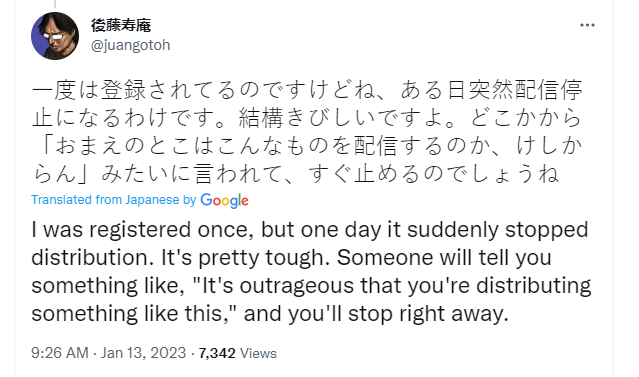 Concluding his thoughts on the matter, Gotoh opined, “I think there is an obligation for publishers to protect freedom of speech and expression, at least in postwar Japan, but e-book distributors don’t seem to be aware of this.”

“If a complaint comes in, they cut it off,” he lamented. “It’s like they don’t care about us.” 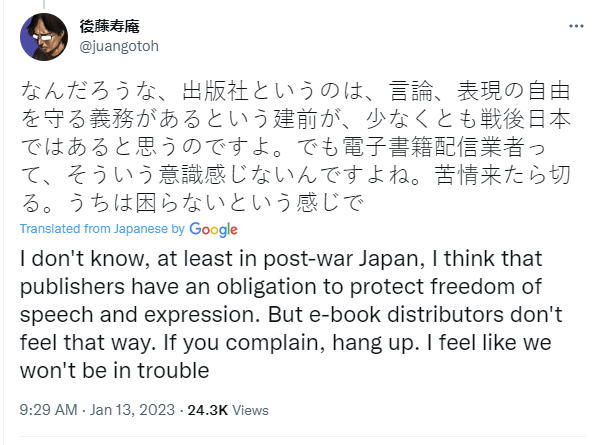 As of writing, Gotoh has provided no further details on either the exact content of his proposed series nor which specific publisher voiced their above concerns. 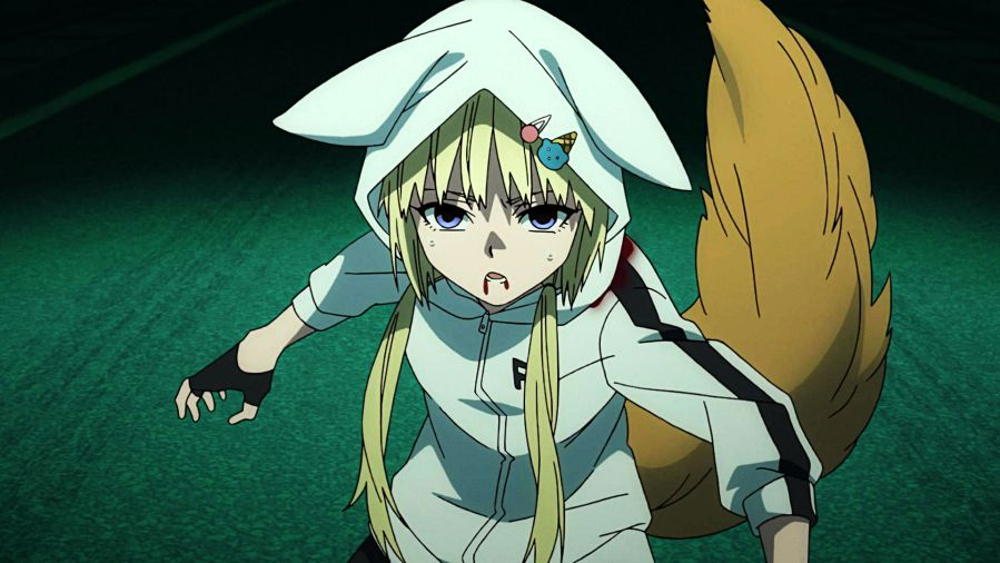