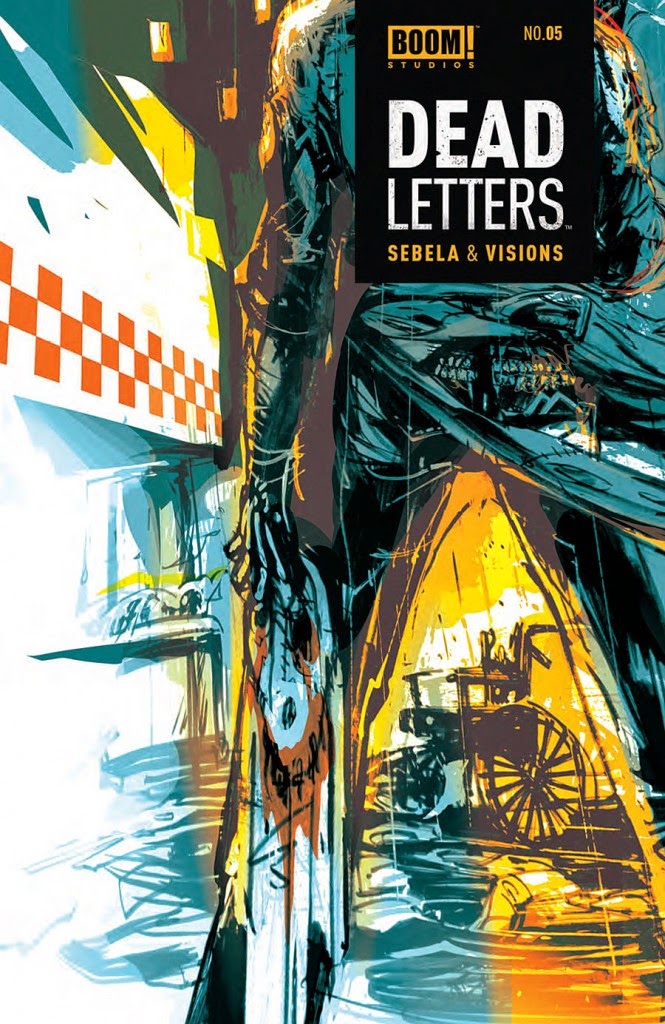 New threats have bubbled up in Here, as the gang war between Jones and Ma continues to rage on. Is it good?
Christopher Sebela and Chris Visions continue to flesh out more and more of the world of Here. They begin Dead Letters #5 by introducing the reader to the method of how new souls arrive and directly contrasting it to how Sam arrived in Here. Visions provides an excellent visual depiction of the process Sebela describes in a conversation between Sam and his new boss, Fante. The first panel adds a dash of extremely cynical comedy as a bus heading to “Look Out” closes in on an unsuspecting pedestrian. The mood shifts dramatically to extreme sadness as the recent victims of death are lined up with heads down-cast and shoulders slumped still experiencing their causes of death. Visions provides a graphic depiction of how people die and are transported and relocated to Here.
Continue reading at Adventures in Poor Taste!