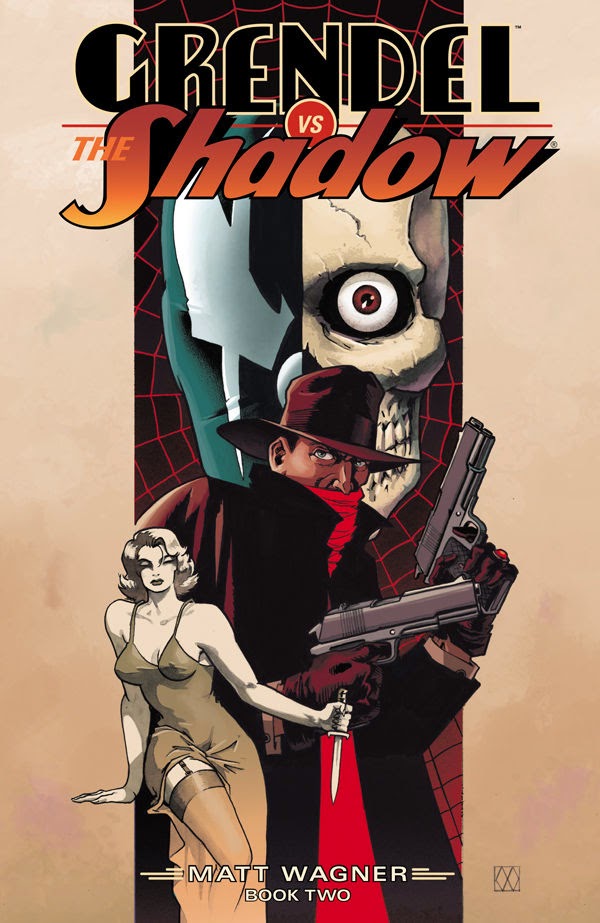 Matt Wagner spares little time joining his two protagonists into battle as they push each other to the limits. Will Wagner be able to do the same for this second installment of Grendel vs. The Shadow? Is it good?

The Shadow and Grendel are on full display as each pulls out all their tricks in an attempt to subdue the other. The battle is intense, providing a spectacle of awe for both as they match up against an opponent who is their equal. Wagner also provides plenty of suspense, allowing the reader to believe it could all be over in just the second book, with both Grendel and The Shadow potentially claiming victory.