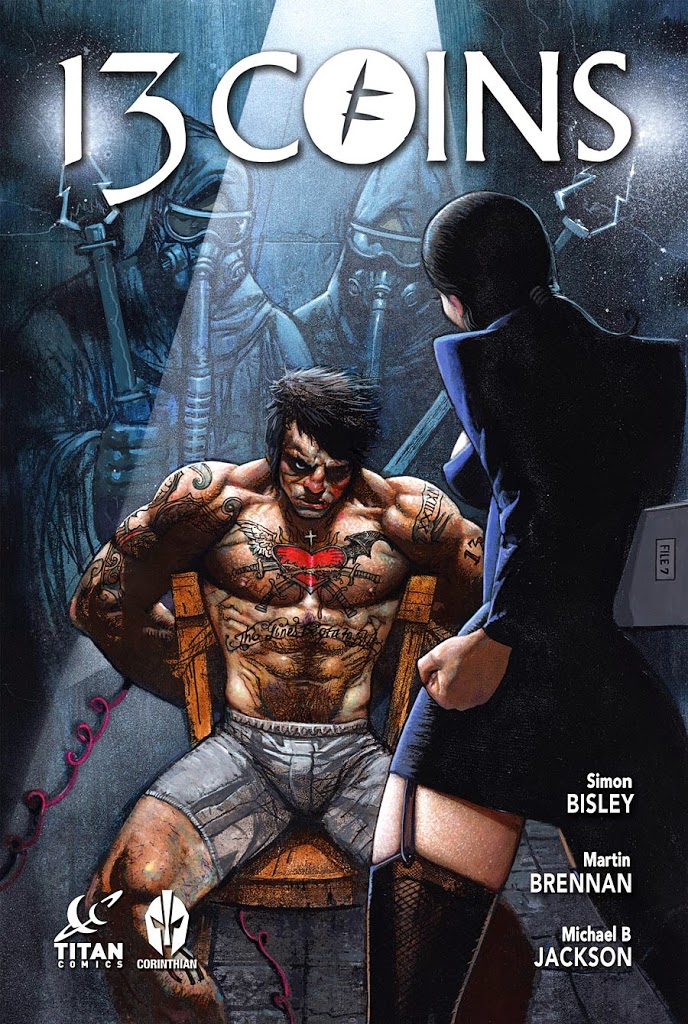 The battle between The Fallen and The Sons of Noah (SON) begins to escalate and our John Pozner is caught in the middle. Is it good?

Writers Martin Brennan and Michael B. Jackson laid the groundwork and backstory in the first issue and begin to delve a little more into how the world of 13 Coins functions in the second installment. The introduction of Senator Graham hits this point on the head as he addresses a divisive issue in the Voting Rights Act. Despite introducing political intrigue, the dialogue between the reporter and Senator Graham is rather uninspiring and the two do not even seem to be having the same conversation with each other. Distracting from the dialogue between the two is Simon Bisley’s artwork. Apparently, Senators and reporters are both having a rough go of it, because neither has seen a dentist.

Affiliate link: Click here to get your copy of 13 Coins #2.