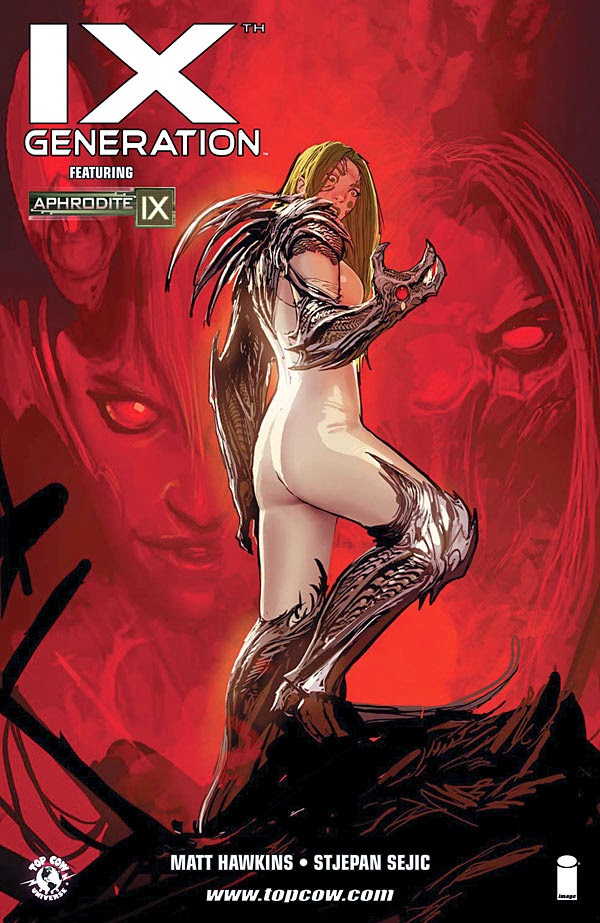 IXth Generation #1 takes place in the distant future where humanity has ascended to godhood in the form of the IXth Generation. Godhood is not all it’s cracked up to be and the utopia of their generation is anything but. Is it good?
The IXth Generation is made up of nine ascended beings who take their names from the ancient Greek gods, though it is unclear whether they have similar attributes. They have awoken after 700 years of slumber and have found godhood to be utterly and completely boring, so naturally they entertain themselves through constant war with each other. There is a catch; upon death, the IXth Generation is able to transfer their consciousness to a cloned version of themselves. One member, Aphrodite IX, stands above the fray and has pulled the Switzerland card remaining neutral until now.
Continue reading at Adventures in Poor Taste!

Affiliate link: Click here to get your copy of IXth Generation #1.