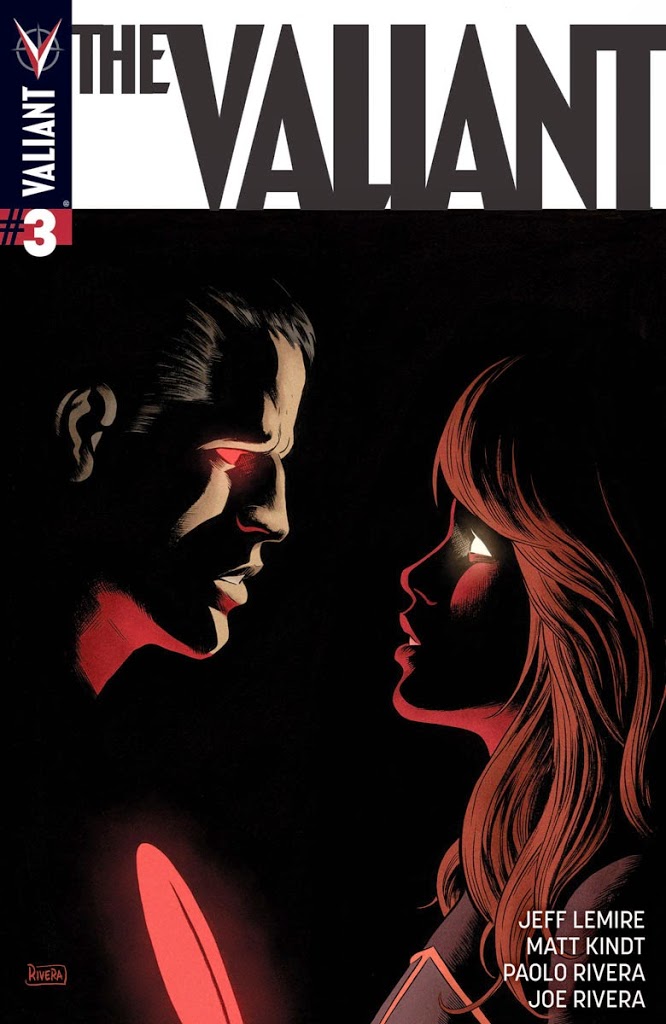 The battle against the Immortal Enemy requires all hands on deck as Jeff Lemire and Matt Kindt do an in-depth character exploration of Kay McHenry and Bloodshot. Is it good?
Jeff Lemire and Matt Kindt begin with a little bit of exposition explaining the magic box, while introducing a bit of mystery as to how the whereabouts of the box were actually discovered, while reinforcing the all-encompassing threat of the Immortal Enemy. In case you didn’t realize how scary he is, Paolo Rivera reminds you with a bone-chilling image of his raw nature. Contrasting the raw nature and fear created by this image, the next image you see depicts courage, teamwork, and recognition of the threat in what I can only describe as the entire Valiant universe of superheroes including a goat with laser vision and a fleet of high-tech warplanes mobilizing to combat their new foe.

Rivera uses a number of different camera angles to depict the action sequences, whether it is a close up of a hero’s torso ready to launch a Molotov cocktail to an over-the-shoulder angle of Gilad swinging his axe.