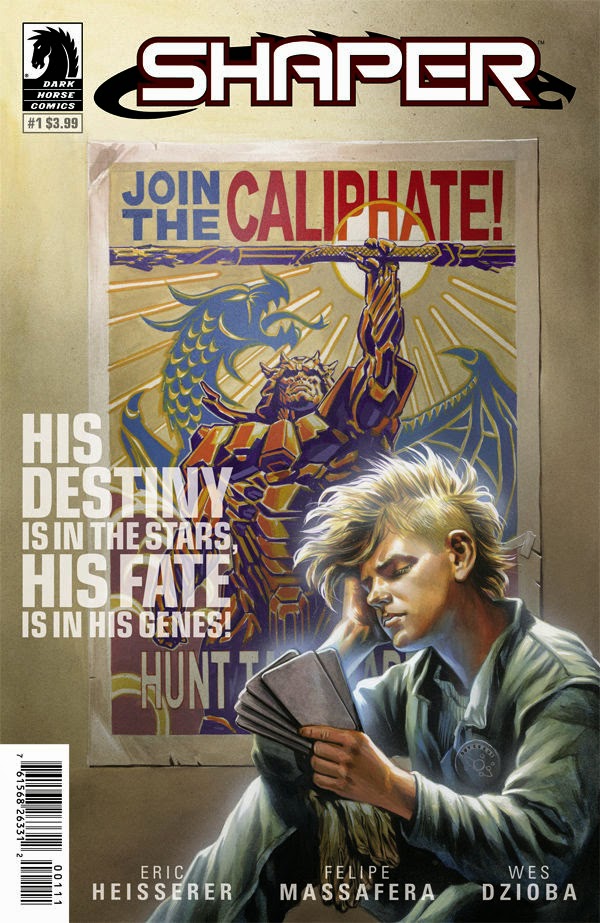 A young man discovers a long-hidden secret about himself and his family that puts him on a path he never would have imagined. Shaper #1 puts a spin on the much beloved Animorphs. Is it good?
Eric Heisserer opens with a very creative hook. He introduces the story through the lens of a trading card game. He combines exposition and dialogue perfectly and allows Felipe Massafera to really show us the action and not let it be bogged down by too much exposition. The hook draws you in, introduces you to the major conflict, provides an intense action sequence, and is able to provide characterization in a very short time.
After the opening hook and its torrid pace, Heisserer slows it down and spends the middle third of the book focusing on introducing and building up the main character, a young man named Spry who is just finishing up his schooling. Spry is intriguing and has had a somewhat rough life so far, absent his father. He is a troublemaker, albeit an intelligent one. Although, that streak may have run its course because we only see him dutifully working as a janitor and stock boy, but, hopefully, we will get to see his inner troublemaker come out in later issues.
Continue reading at Adventures in Poor Taste!

Affiliate link: Click here to get your copy of Shaper #1.