Robert Venditti is going to be having a busy second half of the year. Not only is he headlining Valiant’s major event Book of Death, but he will also be taking on writing duties for Wrath of the Eternal Warrior.

The entire history of Gilad as a character – even going back to the original Valiant continuity – we’ve seen him face countless challenges in all sorts of locations throughout all sorts eras, but I can promise you that what he’s going to face here is something that we’ve never seen him face before. It’s a completely new way of looking at the character and examining what he has to go through in order to be the Eternal Warrior.

Will the Eternal Warrior be able to forge a new legend or will he be broken on this alien planet? One thing is for sure it will be a book you won’t want to miss as Valiant continues to delve into their universe and provide quality story after quality story.

Wrath of the Eternal Warrior will hit comic book shelves this November. You can purchase all 32 pages for $3.99. 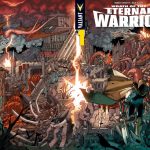 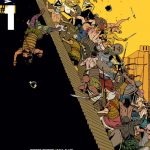 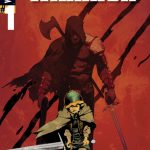 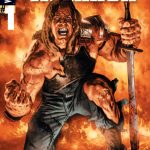