Sevara and Alathea’s god-like powers allow them to be reborn after brutal executions at the hand of Mitan. The two are reunited and continue their quest to reshape the world into a more peaceful vision, void of tyrants subjected to the will of Mitan and his Book of Muldoon. How do they fare? 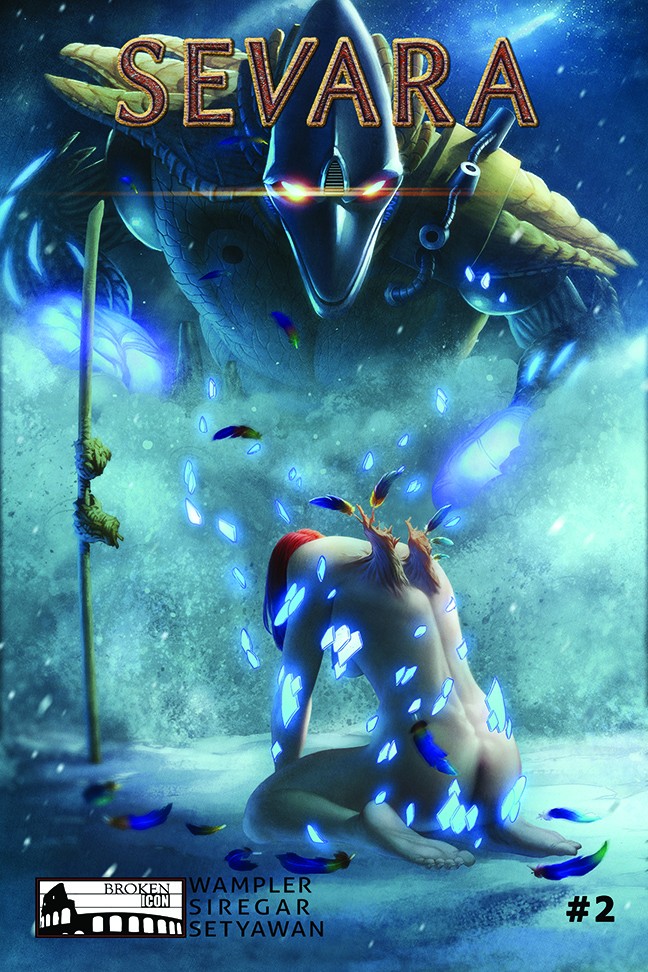 Sevara #2 continues the exciting adventure of Alathea and Sevara as they combat against the tyranny of Mitan and the Book of Muldoon. Before the battle against Mitan can begin, the issue explores their god-like powers, specifically those of rebirth and resurrection. However, in order to get to this discussion there is a perplexing action sequence where Alathea decides to leave a child at the doorstep of a hut only to realize seconds later she has made a mistake and attacks the occupants in an attempt to rescue the child. It’s really strange and doesn’t seem to make sense at all.

After this action sequence, writer Damian Wampler dives into Alathea and Sevara’s abilities of rebirth. It is quite interesting how he depicts Sevara as almost a being of nature, but the conversation between the two can be a bit confusing. There is a transition between Sevara talking and then Alathea which is made clear by the change in color of the word bubble, but the tone and story still seem to be something Sevara would be communicating. The conversation does reveal a connection between the two on a much deeper level as they are able to find each other no matter the circumstances.

This is not the only case where it appears Sevara and Alathea’s conversation should be reversed. There is one other when they come under attack from Mitan. Alathea mentions she is weak and unable to participate in battle. Yet, it would seem Sevara should be the one in a weakened state due to her evolving condition.

Despite these two points of confusion, the issue really captures the budding and quite interesting relationship between Alathea and Sevara. Some of Alathea’s comments are quite comical especially during the beginning of the issue. Wampler really excels at detailing the happenings at Mitan’s castle and providing depth to the antagonist.

Wampler turns this depth into a major plot twist. It creates a massively complex relationship between Alathea, Sevara, and Mitan. 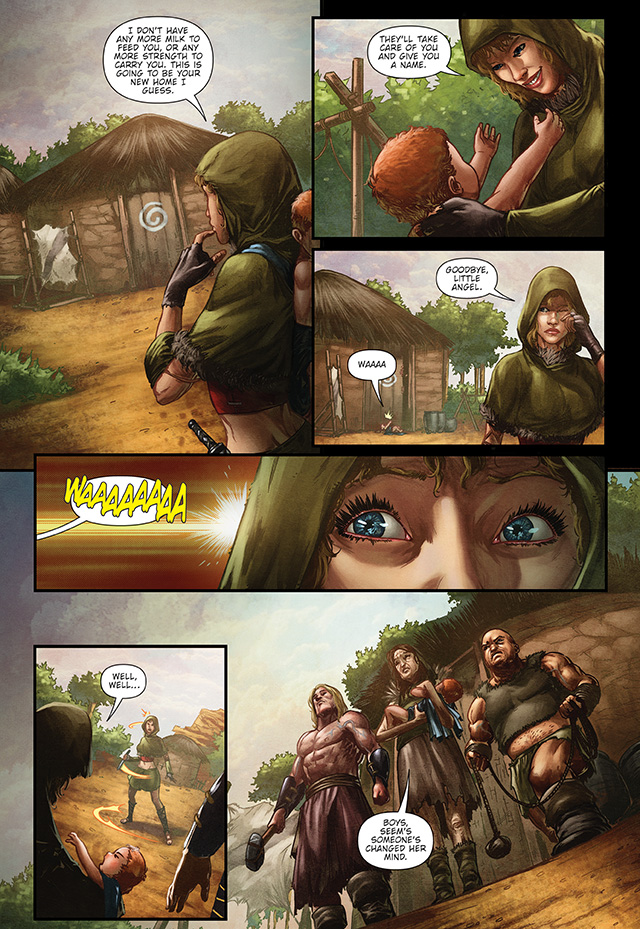 Andre Siregar’s artwork is once again beautiful to look at. However, it was hard for me to identify Alathea right off the bat. Siregar shortened her hair. She is also not in her leopard print cave girl outfit, but instead clothed in green.

The action sequences are riveting although after the first one the transition is quite dramatic and it was really unclear as to how it concluded. This is not the case in the final sequence where Siregar allows his imagination to take hold, creating an entire army of magical warriors, depicting a massive colossus that could have been one of the Jaegers from Pacific Rim. He also gives us our first look at Alathea in her god form.

Colorist Anang Setyawan continues to make the world Siregar is drawing look vibrant. The forests are lush and filled with green and the way the light comes down onto the ground creates a serene setting. In the action sequences Setyawan is able to highlight Sevara exploding forward as she attacks the Colossus by blurring the colors in the background to focus our eyes on Sevara in the foreground.

However, Setyawan also made it a little difficult to identify Alathea as her hair seems to change colors in various panels, sometimes appearing a light brown and others where she is almost blonde. This is completely different from her dark brown in the previous issue.

Letterer Steve Wands did an overall decent job, but I think some of the confusion where Alathea mentions she is weak might have been a mistake with the placement of the word clouds. 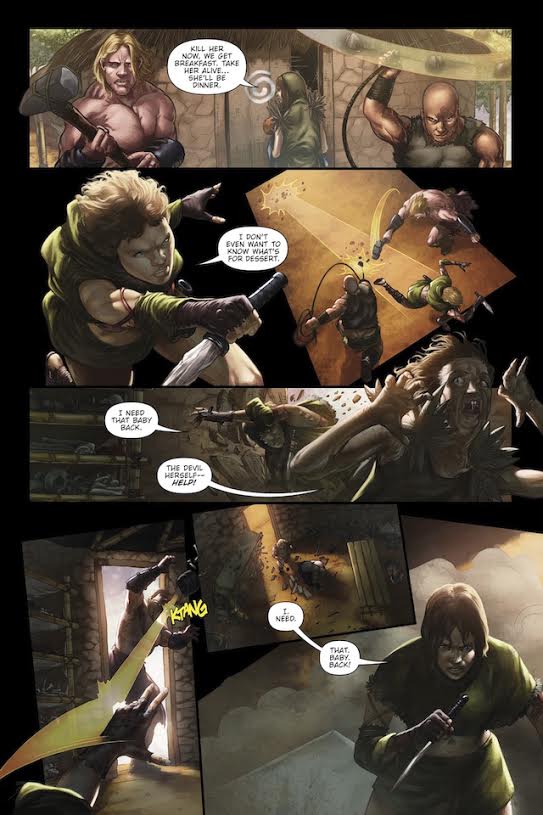 Sevara #2 continues to provide a very interesting concept that seems to hint at influences from the latter Dune novels on how to tame human nature. This issue did struggle with some confusion in the very beginning as to the motives of Alathea in abandoning a child to parts of the dialogue between Sevara and Alathea. It was difficult to identify Alathea due to her new costume, shortened hair, and color scheme. Despite these setbacks, the relationship between Alathea and Sevara developed nicely and Wampler explored some of the nature of their power. The final action sequence was very exhilarating and ended on a huge twist that could take the story in a whole new and even more interesting direction.