The first batch of Marvel Animated Minimates are expected to be in Walgreens store early this month and Marvel has unveiled a new second set dubbed Series 1.5. This new set is scheduled for a holiday release and includes eight new Minimates from the worlds of Avengers Assemble and Ultimate Spider-Man.

As with the first series, this one will be available in all Walgreens stores. The series will be sold in packages of two. They include:

Spider-Man and Agent Coulson. Spider-Man comes equipped with web line and an interchangeable half-raised mask head while Coulson has fully removable SHIELD armor that reveals his blue shirt underneath.

Hawkeye and Crossbones. Hawkeye is fully featured with a quiver, bow and arrows.

Each of the Minimates has up to 14 points of articulation and all parts and accessories are interchangeable. They come with show-branded packing and a clear display base for each figure.
You will be able to purchase the Series 1.5 Minimates in December exclusively from Walgreens in December. 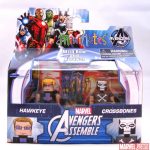 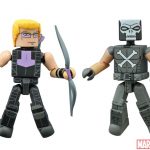 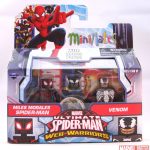 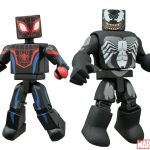 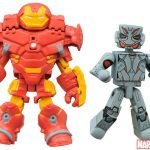 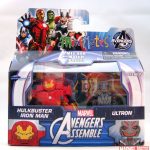 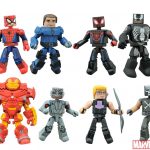 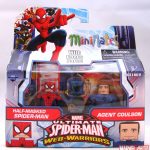