Blarion Mercurial has become Dreamfinder and he and Figment have set off in their Dream Machine on an adventure that has them crash-landing in modern day Florida! How does it fare?

The beginning of story introduces us to a character that will most likely play an integral role moving forward. Even her name, Capricious Aloysia Harmony, stands out. However, she only appears in this issue for a couple of pages, but she makes a large impact as she dreams to get into the Academy Scientifica-Lucidus. Sadly, her age is preventing her acceptance.

After the introduction of Capricious, writer Jim Zub places the rest of the focus on Dreamfinder and his arrival at the Academy Scientifica-Lucidus in Florida in 2015. There is some fun dialogue as Dreamfinder and Figment marvel at the new cell phone technology.

Unfortunately, Zub chooses to rehash Chairman Ilocrant’s character in the new Chairman Auckley. Auckley is just as austere and demanding as Ilocrant and treats Blair as a “barmy buffoon,” even going as far as accusing him of being “out of touch.”

Zub does do a fantastic job of crafting a plot point that forces Dreamfinder to stay in the present instead of being able to take off in his Dream Machine. This point also drives home a key character challenge that Dreamfinder will have to overcome. My guess is he will be inspired by Capricious moving forward. 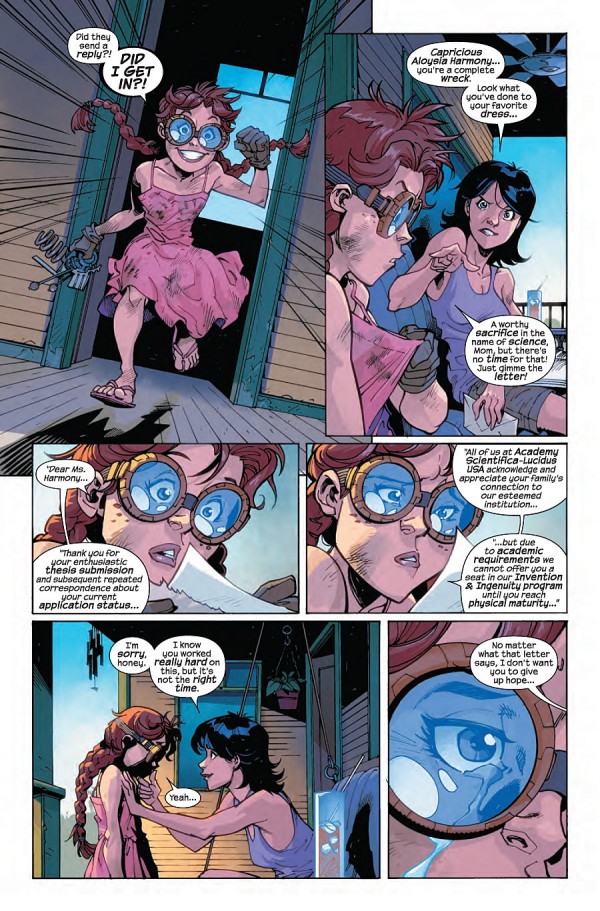 Ramon Bachs’ artwork is well done. Dreamfinder’s facial reactions upon seeing a cell phone and realizing it is a phone are hilarious! He also does a fantastic job of depicting Auckley as a hard-nosed chairman. His features are fierce and he always seems to have a frown or angry look on his face, even when he is giving the tour of the Academy! If there is one setback, it is his smiles on the different characters all look the same.

The main action sequence is crafted very well with panels switching back and forth between Dreamfinder operating the Dream Machine and the reactions of Figment, Auckley, and Fye. It builds the excitement and tension. You are hoping for the best, but get the feeling the worst is about to happen.

Jean-Francois Beaulieu keeps the tone of the book very light-hearted, using a bright color palette of blues and greens mixed in with white. Although the book shifts a little darker towards the end, Beaulieu’s colors reflect this with deep reds and purples and even black. It highlights Dreamfinder’s mood and the challenge he must overcome.

One of the more interesting parts of the comic is Editors Emily Shaw and Mark Basso’s choice to include a number of thought games involving Spider-Man to break up the comic. They were definitely targeted towards a much younger audience, but I even found myself playing them! 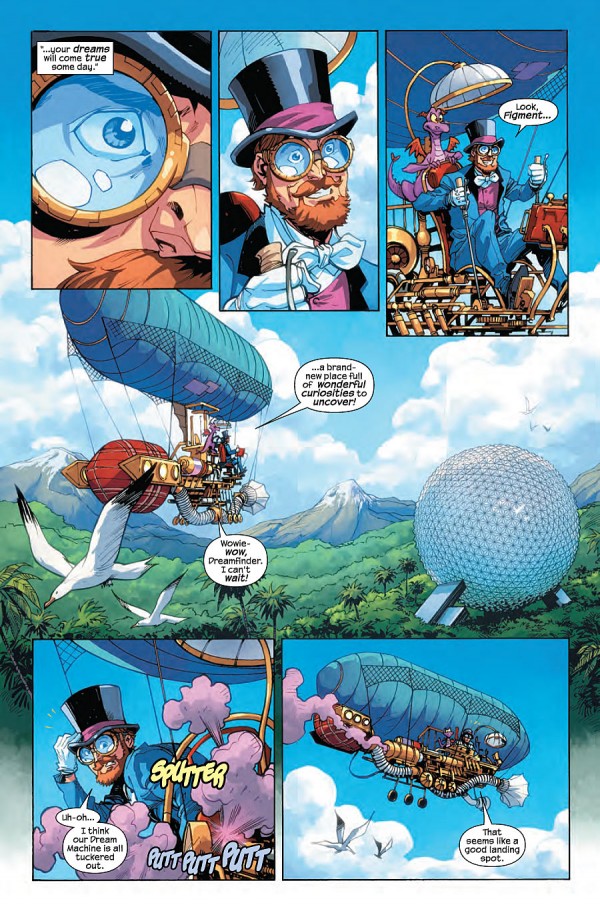 [easyazon_link identifier=”B013OCRXNM” locale=”US” tag=”bounintocomi-20″]Figment 2 #1[/easyazon_link] is a decent enough jumping-on point. The main plot of this issue seems to be a reiteration of the first storyline, but Zub definitely sets it up for potential new twists and the introduction of Capricious is sure to be a game changer. The artwork was light-hearted and enjoyable, but wasn’t afraid to use colors to depict Dreamfinder’s mood.