The denizens of hell are gathering for a once in a millennia opportunity to enter into the Showdown. Everything from zombies, werewolves, vampires, orcs, skeletons, and more are entering this race for the chance to raise Hell on Earth. How does it fare? 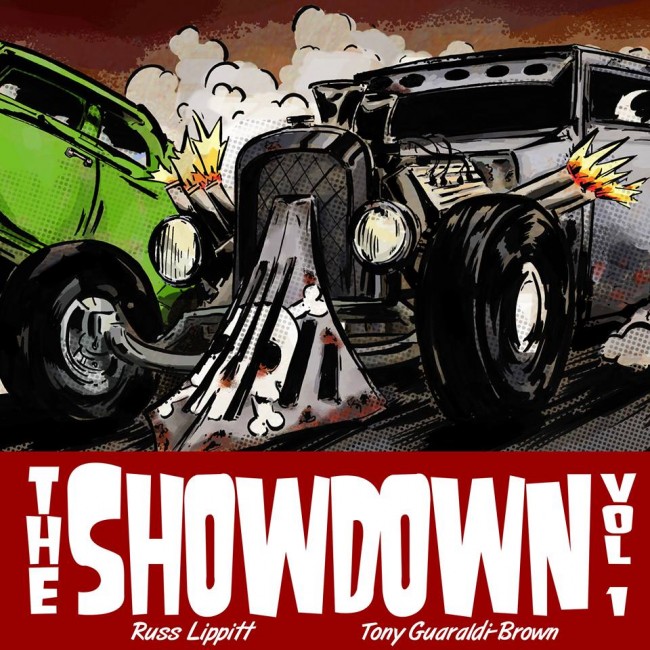 Writer Russ Lippitt sets up The Showdown #1 as an introductory issue to the main players involved in the race and boy are there a ton of them. Lippitt introduces us to a diverse cast of hellish denizens and creatures all who have one goal in mind: winning The Showdown.

Lippitt spends about four to five pages per group and there are seven groups in total. Each group has their own unique style and an iconic vehicle that will make it easy to identify them. Each group has their own drama and at times it is already bleeding over into other groups. For instance, two zombies have a budding romance and one even refuses to upgrade his shifting arms because the tattoo on his current one reminds him of his love. In another case, there is straight-up dissension within one group leading to a violent fight scene.

The book transitions nicely between each group. Lippitt is able to find a way to introduce the new groups whether it is through a love interest, a meeting in a bar, or running into a rival on the road. It all flows nicely and doesn’t feel stiff or forced. 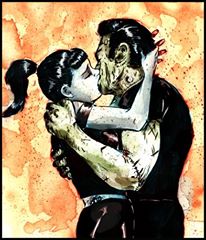 The artwork by Tony Guaraldi-Brown captures the iconic look of many classic cars from street rods to motorcycles to the muscle car wars of the late 60s and early 70s. He uses an introductory page for each of the seven groups. This introductory page shows off the car, the group’s name, and the group’s members. Some might complain that it is a blatant break-up of the story which it does, but it makes a point of introducing you to the characters.

The artwork has a very grimy, gritty feel which is a little different vibe from what some may think Hell is like, but it goes well with the story. The character designs fit in with this vibe and there are some seriously creepy panels. One that stands out is the introduction of Lacy as she throws up one of her lungs.

The nature of the hellish character designs also allows Guaraldi-Brown to hide some of the mistakes in the artwork. In one panel Betty is making out with Stitch and her neck looks like it is about to pop off. She is a zombie so she might just have some loose muscle tendons. However, it doesn’t hide the errors in the battle sequence between the werewolves. The fully transformed werewolf has his right arm almost stunted or looks as if it is coming out of his side rather than down from his shoulder. There are also times where he will show a more detailed image of certain monsters and then in a subsequent panel, they are less detailed and you can’t make out the pock marks or scars on their skin that you could in the previous panel. 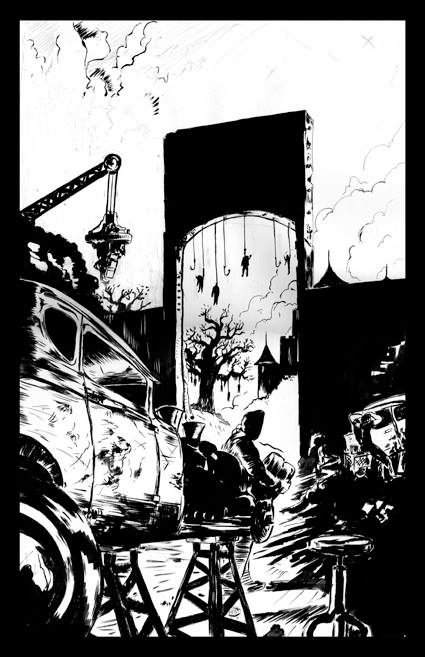 The Showdown #1 sets up an exciting, hellish race known as The Showdown. Lippitt introduces a number of different groups who will be vying for the chance to raze Hell on Earth. The book flows well especially with the sheer amount of characters Lippitt introduces. The artwork did a good job of creating a very grimy vibe that gives a unique perspective on Hell. The character designs were all very interesting and incorporated a number of horrific and hellish creatures. The book reminded me of a more mature version of Wacky Racers and comes out just at the right time for Halloween!