Landry Q. Walker quickly reintroduces the danger Master Splinter finds himself in [easyazon_link identifier=”B014PWWMFY” locale=”US” tag=”bounintocomi-20″]Teenage Mutant Ninja Turtles Amazing Adventures #2[/easyazon_link]. It is a great use of reminding the reader about what occurred in the previous issue without using a recap, but instead incorporating it into the current issue.

Walker also answers questions concerning the history of the Zodiac through a nice exposition piece as Shredder recalls the history he and Master Splinter had with Tetsumi Onamota, while also exposing the dangerous power of the Zodiac key.

There is some great characterization in this issue. Walker hints at a possible God Loves, Man Kills scenario, but Shredder is not Magneto. The Zodiac also pushes Master Splinter to show the true depth of his character and a belief he has in attempting to help even the most lost souls. 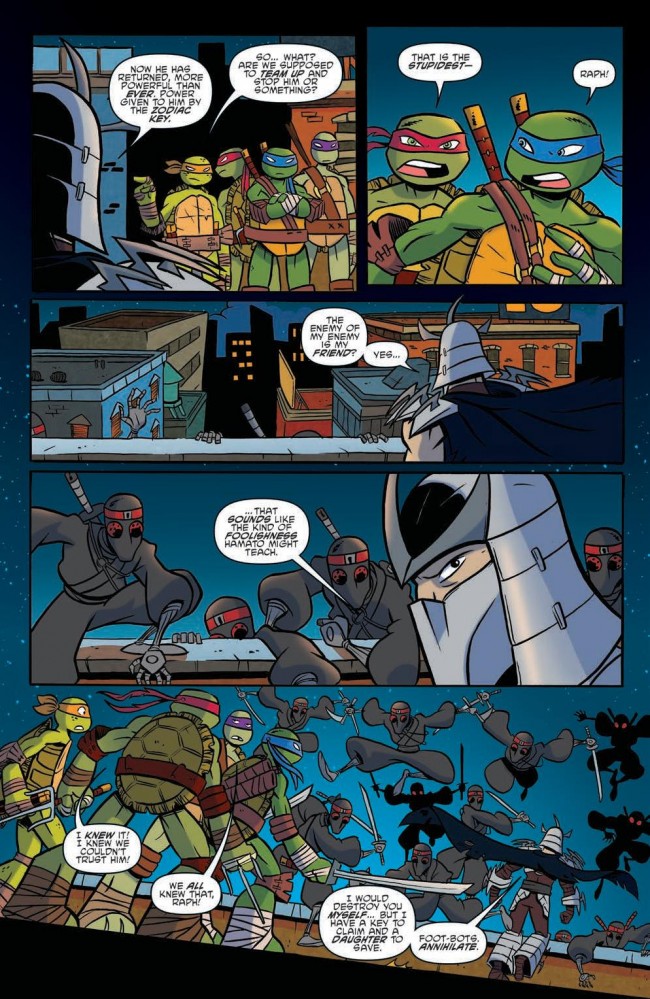 There is quite a bit of humor in this issue as well and, I mean it is the Turtles, so of course Mikey is the primary source. He starts off on the very first page giving the Zodiac his own nickname. In addition, artist Chad Thomas also adds to the humor with the way he depicts Shredder’s Foot-Bots.

Not only does Thomas add some humor to the issue, but he also gets to draw a much more fearsome-looking Zodiac that embodies the look of a true villain. His action sequences are exciting and show off all of the Turtles’ and Master Splinter’s unique fighting skills. Thomas’ panel layouts make it easy to read and the combat flows in a sequential order.

Heather Breckel’s colors are very vibrant. She uses a number of different background colors to evoke emotions. One prominent panel shows the Zodiac in the foreground with a reddish color in the background, reinforcing the hatred he expresses in Landry’s dialogue.

As with the first issue, there is once again a short in this issue. It is pretty entertaining and showcases Mikey’s humorous role, but it also addresses something that most people probably experience on an everyday basis and what you can do to combat it. 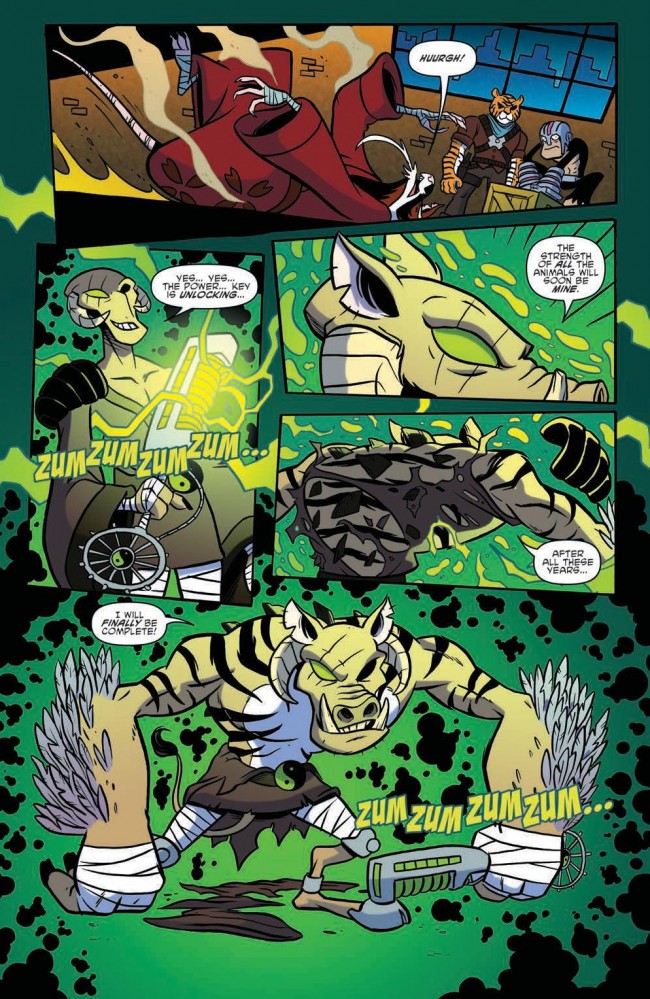 [easyazon_link identifier=”B014PWWMFY” locale=”US” tag=”bounintocomi-20″]Teenage Mutant Ninja Turtles Amazing Adventures #2[/easyazon_link] follows up on the first issue with another exciting and well-written issue. The Zodiac is given quite a bit of depth and history within the Turtle universe, while Splinter and Shredder’s characters are reinforced through their actions. The artwork is engaging and exciting while at times also humorous.