Titan Comics ​are thrilled to announce they are teaming-up with superstar writer/director/actor Noel Clarke (​Mickey in ​Doctor Who, Star Trek Into Darkness, Kidulthood) for his creator-owned comic book debut, The Troop!

​Hitting stores December 9, t​he envelope-pushing new series is illustrated by rising star Joshua Cassara and has been praised by none other than comics legend Mark Millar (Kick-Ass, Chrononauts) as “Fan-Bloody-Tastic…I loved it!”

The edgy five-issue series concerns a group of troubled runaway teens who discover they have incredible powers!

Across the planet and unknown to each other, a group of troubled teenagers lead lives of quiet desperation. But hell is about to befall them and they find their lives destroyed when they are targeted by dark forces. On the run, they discover they have unbelievable powers and must come together – as The Troop!

“This is the Game Of Thrones of comic books!” said writer Noel Clarke. “Taking teen teams where they should, but have never dared to go before! In life shit happens. People F-up in many different ways and have to deal with that. In this book they will, except you’ll see it in all it’s punch-to-the-face glory!”

The Troop #1 ​will be available in stores and ​on ​digital devices from December 9, 2015. Check out the covers and preview pages below! 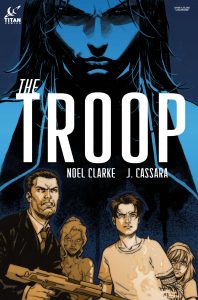 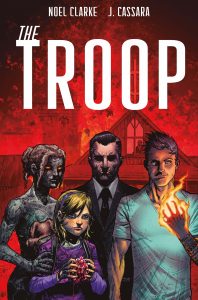 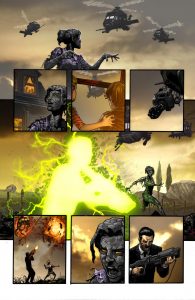 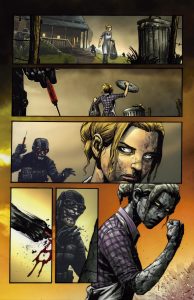