Vertigo has released their solicitations for December with four brand new series including the return of Lucifer. One title that jumps out to me is Red Thorn #2. It looks to have a good mix of palace intrigue and the supernatural. What jumps out at you? 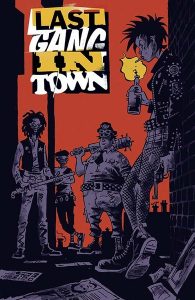 Written by SIMON OLIVER
Art by RUFUS DAYGLO
Cover by ROB DAVIS
On sale DECEMBER 23 • 32 pg, FC, 1 of 7, $3.99 US • MATURE READERS
Forget what you know of England, of the “Land of Hope and Glory.” Instead, try damp and depressing, and embrace this miserable island for what it is. Our story kicks off in 1976: the country coming apart at its flared corduroy seams, a decade after the Great Train Robbery, when British crime has gone decidedly soft in the middle.
Time for a new generation of criminals to rise: a band of snotty-nosed heroes driven by destiny and cheap cider, who will strike fear back into the establishment, put art back into crime and crime back into art, and pull off what will become known as the heist of the century.

This new series from Simon Oliver (FBP: FEDERAL BUREAU OF PHYSICS) and Rufus Dayglo (Tank Girl), spans three decades, from the punk rock ’70s to the decadent ’80s and beyond, charting the rise, fall and redemption of a group of bandits that changed the face of the criminal underworld and closed the door on a legacy. 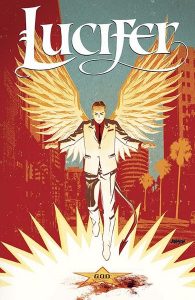 Written by HOLLY BLACK
Art by LEE GARBETT
Cover by DAVE JOHNSON
On sale DECEMBER 16 • 32 pg, FC, $3.99 US • MATURE READERS
The anti-hero who made his debut in THE SANDMAN and starred in his own hit series is back in a new series by best-selling writer Holly Black (The Spiderwick Chronicles) and artist Lee Garbett (Loki)!

As this series begins, God is dead—and Gabriel has accused Lucifer of His murder. Lucifer had motive and opportunity, but claims he can prove his innocence. If Gabriel finds the killer and takes the culprit into custody, his sins will be forgotten, and he’ll be welcomed back to Silver City. So, despite the fact that Lucifer just opened a nightclub on Earth and is hiding a mysterious wound, the two brothers set off to solve their Father’s murder. Their investigation will span Heaven, Hell, Earth and beyond in this antagonistic buddy-cop noir with an angelic flair. 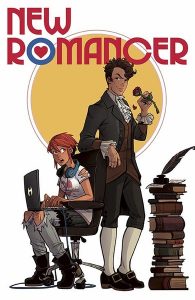 THE SHERIFF OF BABYLON #1 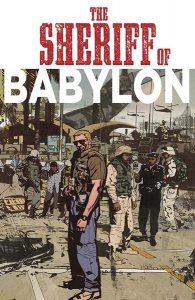 Written by TOM KING
Art by MITCH GERADS
Cover by JOHN PAUL LEON
On sale DECEMBER 2 • 32 pg, FC, 1 of 8, $3.99 US • MATURE READERS
Baghdad, 2003. Florida Police officer-turned-military contractor, Chris Henry is tasked with training a new Iraqi police force. When one of his trainees ends up dead, Chris is forced to team up with Nassir, the last remaining cop in Baghdad. Pulling the strings to bring them together is the mysterious Sofia, an American-educated Iraqi who has returned to take control of the city’s criminal underworld. This miniseries is a thrilling wartime crime drama told amid one of the most tumultuous times in modern history.

THE SHERIFF OF BABYLON is a new eight-issue miniseries pulled from GRAYSON cowriter Tom King’s real-life experience as a CIA operations officer and is illustrated by Mitch Gerads, cocreator of The Activity. 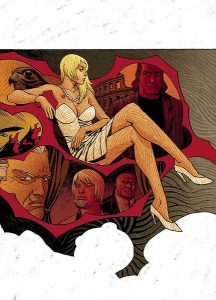 Written by BRIAN AZZARELLO
Art by EDUARDO RISSO
Cover by DAVE JOHNSON
On sale JANUARY 4 • 512 pg, FC, $24.99 US • MATURE READERS
In these stories from 100 BULLETS #59-80, the Houses of the Trust are looking for the right angle in their impending war, while the Minutemen choose sides and make their own battle plans. Then, following Lono’s ascension to warlord for the Houses of the Trust, players on both sides ready themselves for the endgame of their private war.

Written by SIMON OLIVER
Art by ALBERTO PONTICELLI
Cover by NATHAN FOX
On sale JANUARY 6 • 128 pg, FC, $14.99 US • MATURE READERS
The FBP is scrambling to work with counter-agent Blackwood to restore universal laws of order. Is Agent Adam Hardy dead? Is his long-lost father alive? Does Agent Rosa Reyes have the secret key to spanning universes and saving the day? Interdimensional space, dark-energy super-bridges and an insane plan to save humanity from annihilation collide in issues #20-24. 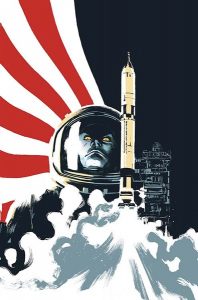 Written by SCOTT SNYDER
Art and cover by RAFAEL ALBUQUERQUE
On sale FEBRUARY 17 • 144 pg, FC, $22.99 US • MATURE READERS
In the latest AMERICAN VAMPIRE hardcover, it’s 1965. Pearl and Skinner escaped The Gray Trader with more questions than answers, and their search for clues leads them to…NASA! You’ve never seen vampires like this before in these tales from AMERICAN VAMPIRE: SECOND CYCLE #6-11! 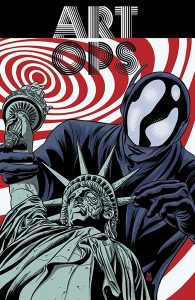 Written by SHAUN SIMON
Art by MICHAEL ALLRED and MATT BRUNDAGE
Cover by MICHAEL ALLRED
On sale DECEMBER 23 • 32 pg, FC, $3.99 US • MATURE READERS
Reggie Riot finds himself in hot water when he takes the world’s most famous painting come-to-life to a New York City punk club. But the real trouble begins when the Mona Lisa picks up the mic. Plus, the leader of the graffiti vandals sets her sights on New York’s leading lady, and we flash back to the missing Art Ops team in action when Reggie was still a toddler. 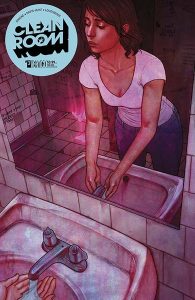 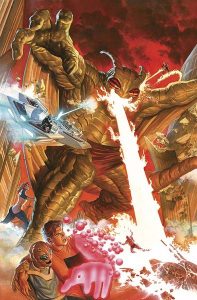 Written by KURT BUSIEK
Art by BRENT ANDERSON
Cover by ALEX ROSS
On sale DECEMBER 23 • 40 pg, FC, $3.99 US • RATED T
“The Menace from Earth” part 2. Trapped behind enemy lines on an alien planet, young Karl Furst has only one chance—an alien child who has been raised all his life to hate the First Family and anyone connected with them. Plus: All-out battle against the Unisaur, Zirros’s mightiest weapon.