According to Motherboard, Heroes of the Storm (HotS) represents a zenith of prejudice and racism. Apparently their recent addition of the character Rexxar with an optional cosmetic enhancement that makes him look black has shed light on the lack of diversity in the game.

For those who don’t know, HotS is a competitive multiplayer game in the “MOBA” genre, featuring characters from past Blizzard titles. Most of these characters come from either their science-fiction strategy game Starcraft, their gothic-fantasy series Diablo, or their generic fantasy universe Warcraft.

The Motherboard article incorrectly states that Rexxar (with the optional cosmetic) is the first black character featured in the game. It then further argues that HotS treats non-white as non-human by drawing on the Warcraft universe’ tendency to depict stories analogous to real-life racial strife via fantasy races, such as when the Orc’s were forced to migrate at the hands of their oppressors.

To the article’s author, Rowan Kaiser, this is an endemic quality of games in general. To him it reveals an underlying racism behind the companies that develop mainstream video games.

But if you think about it, all the things Kaiser cites in support of his position actually reveal an impressive cultural awareness on the part of Blizzard.

For instance, take their use of fantasy races as analogues for oppressed peoples. Warcraft 3 features a particularly potent example of this, as an entire campaign revolves around the mass migration of Orcs under the persecution of a cruel, crusader-like force. Their exodus is reminiscent of the infamous Trail of Tears, while their internal conflict brings to mind the debate over tactics (violence or peaceful resistance) among the black community during the civil-rights movement.

There’s also Blizzards inclusion of a vast array of cultural influences from around the world. In World of Warcraft, architecture, accents, holidays, and more mirror a plethora of world cultures. 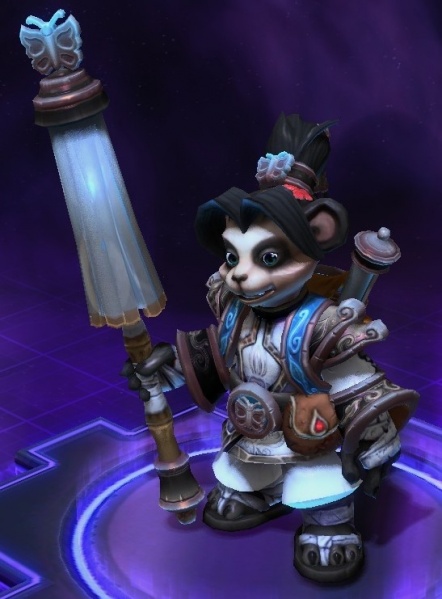 So given all this, what issue could Motherboard possibly have? There’s piles of diversity in Blizzard’s games, and this diversity slowly, but surely, is filtering into HotS as new characters are introduced.

The only thing left is mere skin color.

Considering all the things Blizzard does right in the area of diversity, the one and only place where diversity could possibly be said to be lacking is in the skin color of the characters in HotS.

And that’s not to say that Blizzard doesn’t often create non-white characters. Human characters with all sorts of ethnicities are in their games. And, as we’ve already discussed, cultures from all over the world are present in the fantasy races of Warcraft.

So the problem seems to be merely with the aesthetics – skin color and other physical features. Nevermind that things that truly define a culture, such as their contributions to art, religion, philosophy, and so on. No, what matters to Motherboard is skin-deep.

If one cannot see the rich diversity in these games past the way characters look on the surface, who’s the real racist?