Cobra has launched one of their top-of-the-line Night Ravens. In response, the JOE’s launch an X-19. The two collide in an action-packed dog fight over the Arctic. How does it fare?

[easyazon_link identifier=”B0154HKNI2″ locale=”US” tag=”bounintocomi-20″]G.I. JOE: A Real American Hero #218[/easyazon_link] may be the end of the Cobra Rising story arc, but, if you are new to the series like myself, it is still a decent jumping-on point and could even be a good stand-alone comic.

Writer Larry Hama doesn’t really focus a lot on character development although he does a good job of characterizing the two fighter pilots in a short time. Both the JOE pilot and the Cobra pilot are very similar in their characterization. They both have a ton of swagger and are confident in their abilities. Tom Cruise doesn’t have anything on these guys.
Speaking of Tom Cruise, you should definitely crank up “Danger Zone” when reading this comic.

Back to the review! Hama’s dialogue is very straight and to the point as one would expect with military soldiers issuing orders, receiving them, and providing updates to their COs (Commanding Officers). In addition, Hama doesn’t use heavy narrative exposition, deciding instead to use dialogue, character interaction, and Paolo Villanelli’s art to drive the story. He even breaks up the tense action with a little bit of humor that is completely unrelated to the struggle between JOE and Cobra, yet it fits perfectly within the story. 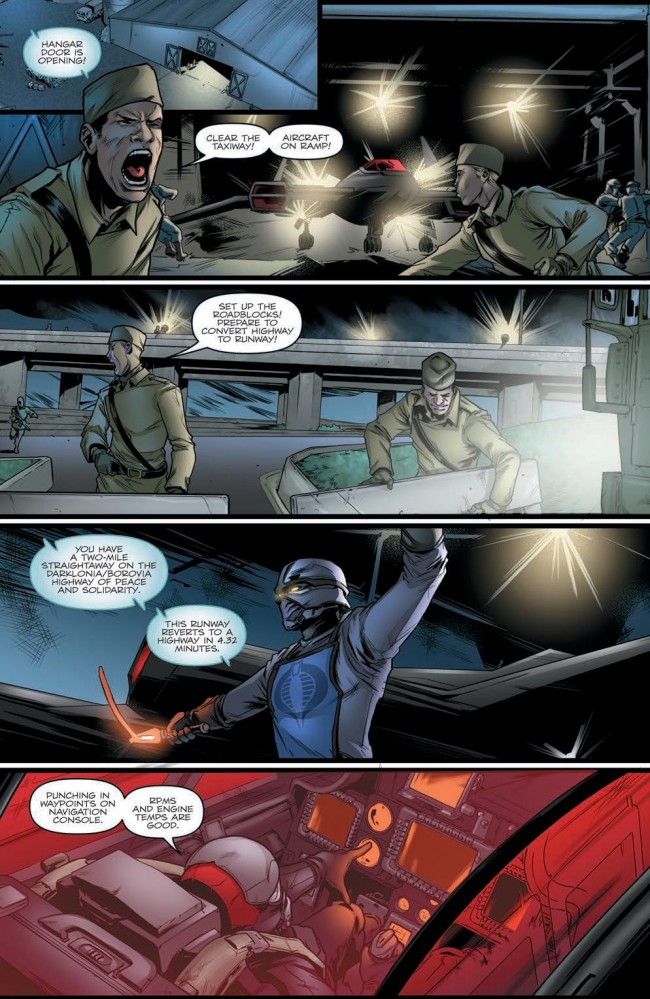 There is one large issue that some readers may have and that is Hama’s inclusion of a lot of military acronyms. He does provide their meaning in the same panel as he uses the acronym, but it can be a little bit of a distraction and interrupts the flow of the story when you are looking to find the meaning of an acronym. However, the acronyms do make the story more authentic.

Paolo Villanelli’s artwork is solid. Both the Night Raven and the X-19 are distinctive aircrafts and you can easily tell them apart. The action sequence is top notch. Unlike many artists who are using slanted panels to denote action, Villanelli sticks with rectangular panels throughout the issue. Not only that, but the panels are very clean; he shows you a specific action and moves on to the next panel. There is not a lot of unnecessary detail to distract you. The background is primarily the sky so there isn’t much up there besides the clouds!

J. Brown’s colors help create a distinction between the X-19 and the Night Raven, but it can also create some confusion between the two. He colors the Night Raven black and the X-19 white. It’s a tried and true choice to show the good guys in white. However, when the planes begin taking damage and both are on fire it can be a little difficult to distinguish between the two, as the X-19 can look a little more dark gray bordering on a very light black. He does give both pilots distinct colors as well and Hama uses this to great effect in the story. 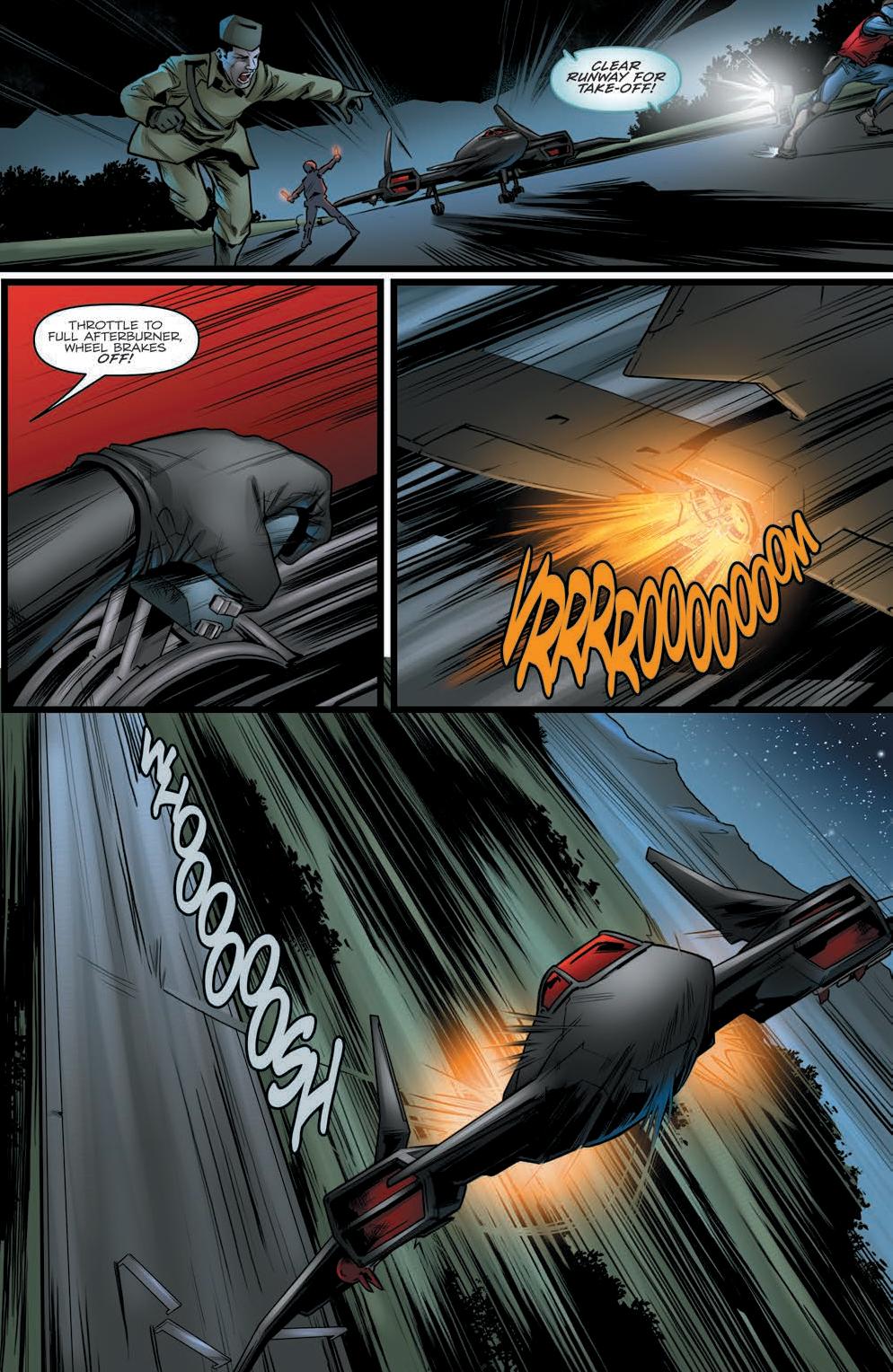 [easyazon_link identifier=”B0154HKNI2″ locale=”US” tag=”bounintocomi-20″]G.I. JOE: A Real American Hero #218[/easyazon_link] is a fun, adventurous dog fight in the clouds above the Arctic to conclude the Cobra Rising story arc. However, new readers need not be afraid that it is the end of an arc as you can jump right in and enjoy this story. Hama’s story is dialogue driven and focuses on the action as both pilots report to their commanders and vice versa. Villanelli’s artwork matches Hama’s story and provides clear and concise depictions of what is occurring.