Manufactured in cold-cast resin for maximum quality, this milestone collectible comes riddled with detail from the base of Bloodshot’s boots to the top of his assault rifle and will be produced in a limited edition of just 300 statues worldwide. Locked and loaded with twin side arms, a katana sword, and an assault rifle, Valiant’s nanite-enhanced commando is ready for any deadly mission right here, only with the BLOODSHOT BY DAVID AJA 1/6 SCALE LIMITED STATUE!

“For 25 years, fans have been eagerly awaiting their first Valiant statue and we’re immensely proud that the time has finally come,” said Russell A. Brown, President of Consumer Products, Promotions, and Ad Sales for Valiant Entertainment. “Quarantine Studio has poured an incredible amount of time, talent and detail into giving Valiant’s very first statue release the jaw-dropping debut that Bloodshot deserves. From top to bottom, this is a beautiful realization of one of Valiant’s most enduring characters and a gloriously stunning interpretation of David Aja’s vision.”

Arm yourself for the armor-piercing debut of Project Rising Sprit’s deadliest creation as a highly detailed collectible with the BLOODSHOT BY DAVID AJA 1/6 SCALE LIMITED STATUE! A major milestone for Valiant’s most unrelenting hero, this towering statue is tearing Bloodshot off of the page and into fans’ collections everywhere for the very first time!

This January, the moment that every Valiant Entertainment fan has waited for finally arrives. Don’t miss the first-ever opportunity to bring the Valiant Universe to your shelf collection in bone-crunching fashion with the BLOODSHOT BY DAVID AJA 1/6 SCALE LIMITED STATUE! 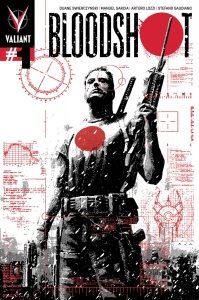 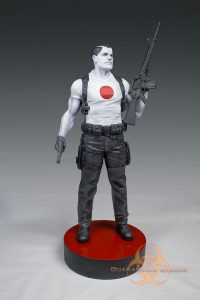 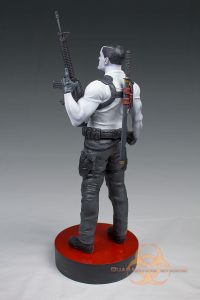 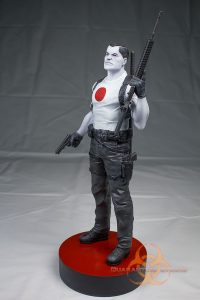 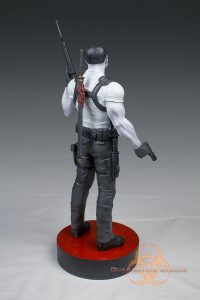 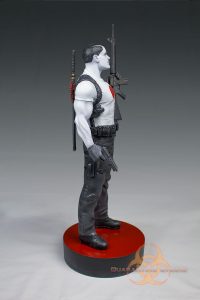