Garth Ennis is back in a whacky comedy title called [easyazon_link identifier=”B01679MEGU” locale=”US” tag=”bounintocomi-20″]A Train Called Love #1[/easyazon_link]. But since it’s Garth Ennis, you know you can expect a good dose of irreverence, violence, and explicit language. How does it fare?

This first book lays out the foundations for a lot of story lines that will probably get mixed up very soon. There’s a girl named Marcy who’s singing in a bar and creatively frustrated. There’s a girl named Valerie who’s being harassed by a guy she suspects is her neighbor, but when she goes to bash his head with a baseball bat, she finds a British hitman named Myles finishing his own job on said neighbor. Back at Marcy’s bar there’s a guy named Mike meeting his friends, and he has had a pretty horrible day. It’s hard to tell more without spoiling the whole thing. Let’s just say there’s a lot of promising situations.

There are also a lot of characters and I already love reading about many of them. There is a glorious scene when Mike (a black guy) tells his story about running into a certain group of hooded racists. It’s supposed to be a romance comic, but there’s a lot of comedy here and Garth Ennis is very good at that. And of course you can feel the comic is going to go to crazy places and make no attempt at political correctness. 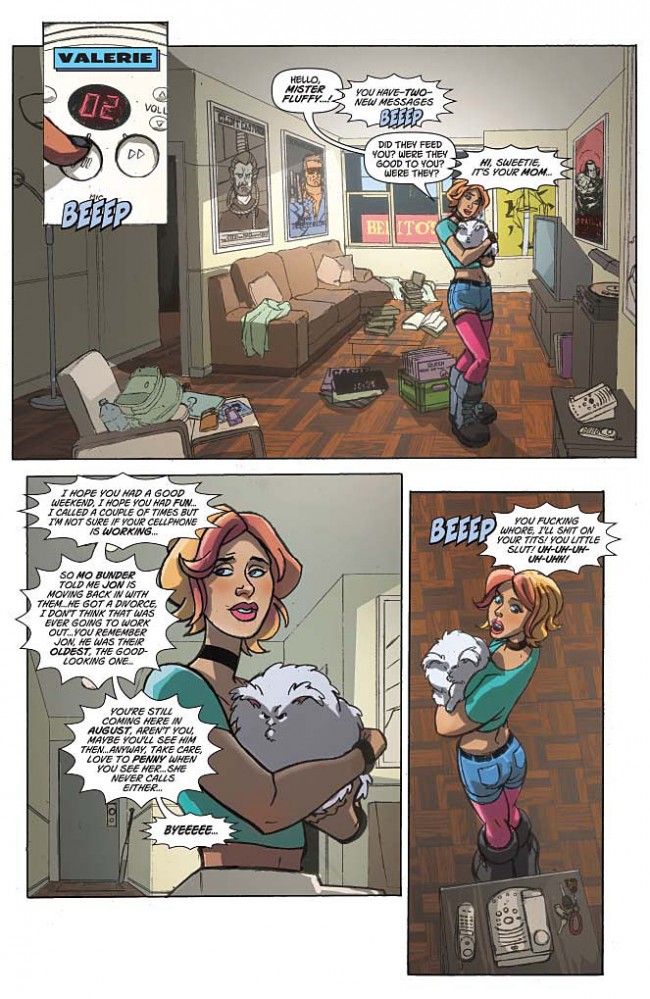 The art seems too simplistic and amateurish; the drawings look slightly childish and the colors look especially horrible on the digital copy I received. They are completely saturated or going out of the lines, or not filling properly. However, it doesn’t really matter when the writing is good, and it really is. One of the few faults in the writing is Ennis’ use of a stereotypical British character. There’s only so many times you can use “crikey” by a single character before it seems lazy.

What I like most about [easyazon_link identifier=”B01679MEGU” locale=”US” tag=”bounintocomi-20″]A Train Called Love #1[/easyazon_link] is that I have absolutely no idea where the story is going to go. There’s enough characters and enough story lines that there should always be fun and enjoyable moments throughout the ten issue series. 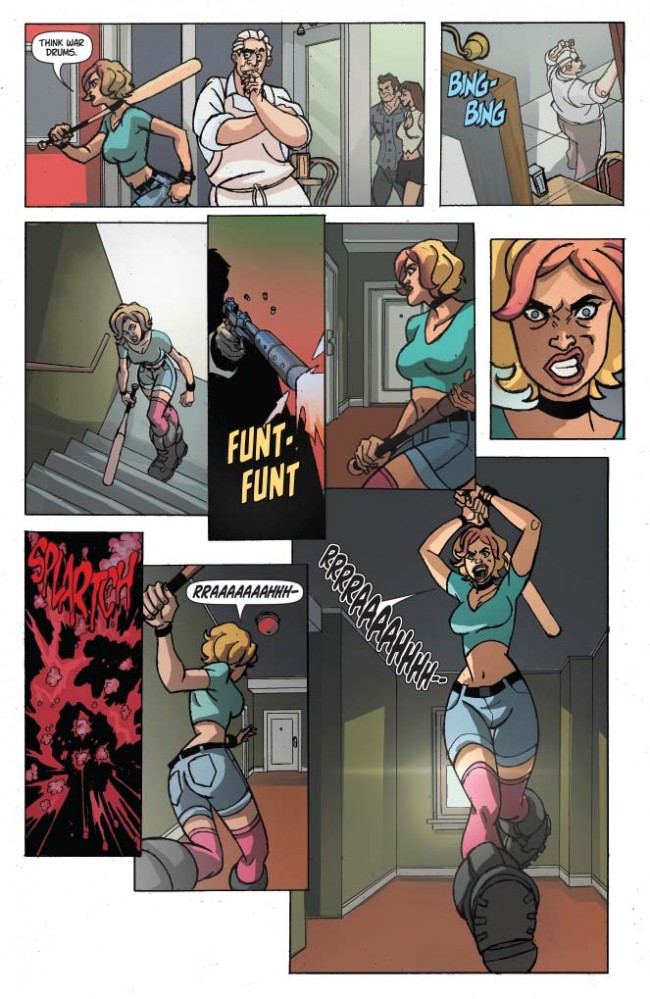 This is definitely a book you should try if you like mature humour, a dash of violence and aren’t bothered by harsh language. However, this could be said about most of Ennis’ works. I’m looking forward to reading the next issue as soon as possible.