In order to survive in a post-zombie apocalypse world, Ziggy grows and trades marijuana while Mann protects him with his Kung Fu. Will they be able to survive or will they succumb to the zombies? How does it fare? 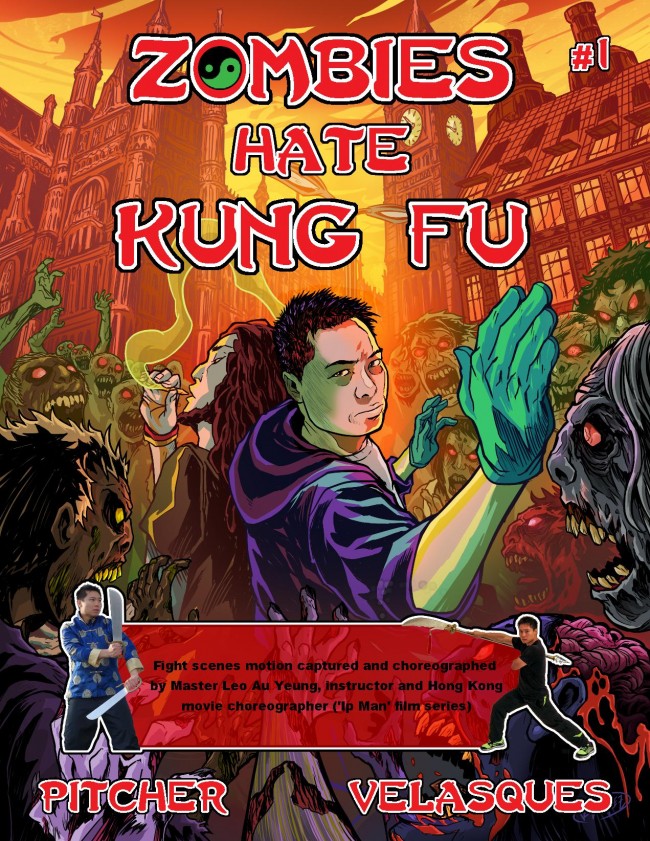 Writer and creator Ricky-Marcel Pitcher creates two characters that couldn’t be more opposite of each other, yet they are friends and partners. They also happen to be a stereotypical stoner and a Chinese Kung Fu master. The dynamic allows for some entertaining dialogue and Pitcher even recognizes and makes fun of the character stereotypes.

For a zombie apocalypse, the world is still pretty lively and colorful. Still, there are the typical ruined buildings, broken down vehicles, and, of course, roaming zombies. There are some interesting groups of people in the world including a strict religious cult and a group of shotgun and chainsaw wielding travelers. Ziggy and Mann are definitely in for a ride given their interactions with these two different groups.

There were some problems figuring out what the characters’ names were, especially with Mann. I couldn’t tell if Ziggy was actually referring to his Chinese friend as “Mann” or if that was part of his schtick as a stereotypical pothead. The font used was also a little difficult to read, but that might just be a product of the PDF.

The artwork by David Velasquez is good. It compliments Pitcher’s tone very well. He uses a lot of bright oranges and reds in his color palette that not only aid in displaying the dystopian nature of the story with buildings burning and decaying, but the brightness of the colors keeps the mood light and upbeat. 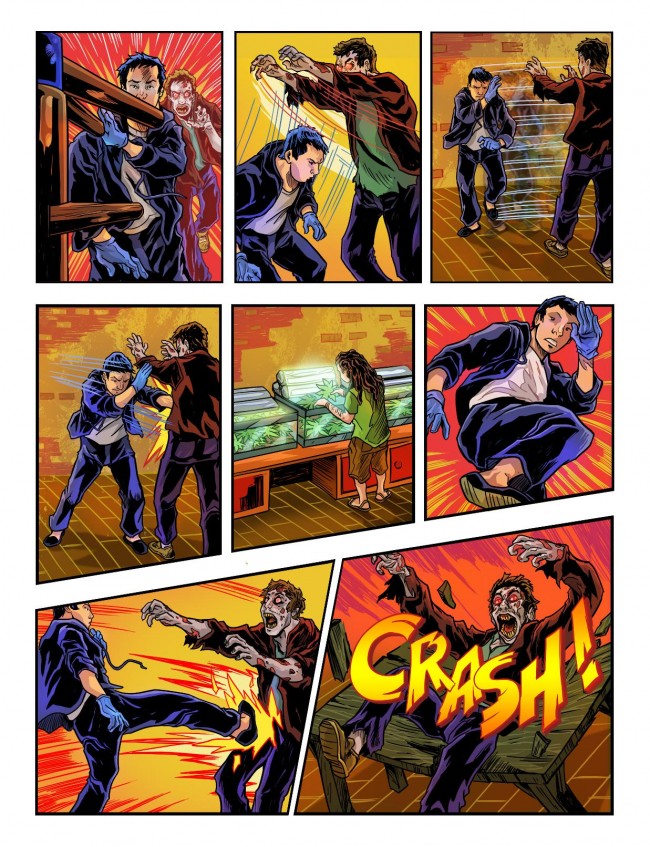 Velasquez does a good job with facial features, effectively conveying shock, dismay, focus, joy, and fear. He also mixes up his panel layout design never using the same one twice. Towards the end of the issue there is a really awesome design where Velasquez brings the camera closer with each panel. He begins with a wide shot, encompassing zombies, a Conestoga wagon, and the chainsaw-wielding traveler. With each ensuing panel the camera gets closer and closer, eventually focusing on the traveler’s right eye. What makes this page really stand out is the combination of the camera zooming in, the complete change in the traveler’s emotion and facial expression, and Velasquez’s ability to convey complete fear through just the traveler’s eye.

The highlight of the issue is the beautifully sequenced Kung Fu fight scenes. As you open the book the title page notes all of the fight scenes were motion captured and choreographed by Master Leo Au Yueng, instructor and Hong Kong movie choreographer (Ip Man film series). You can definitely see the detail Velasquez takes in taking live-action Kung Fu and turning it into comic panels. It flows well and you can see each step as Mann uses kicks and punches to defeat the numerous zombies. 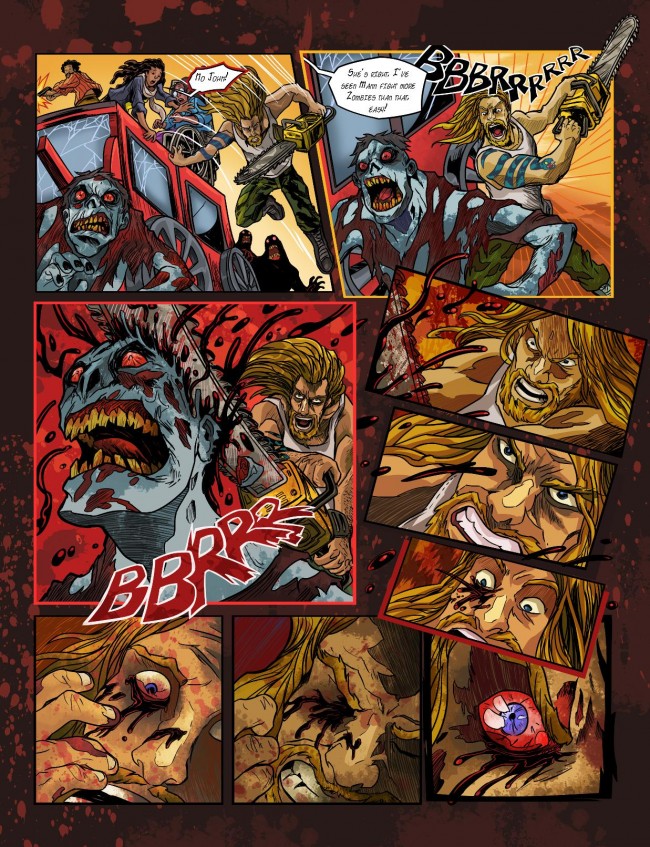 Zombies Hate Kung Fu #1 is a fun adventure with two interesting characters set in a dynamic post-zombie apocalypse world. There are plenty of interesting twists and turns as they manage to survive. However, the book really stands out for its intricate and detailed Kung Fu sequences. It is engaging and entertaining. If you like Kung Fu and Zombies you should definitely pick up this book!