Monsters and evil have seeped into the world and the only person capable of stopping them is Zachariah Thorn, the wielder of the Eye of Ariah, and his team. Will he be able to defeat the clandestine Rusalka, let alone the demonic Howlers? How does it fare? 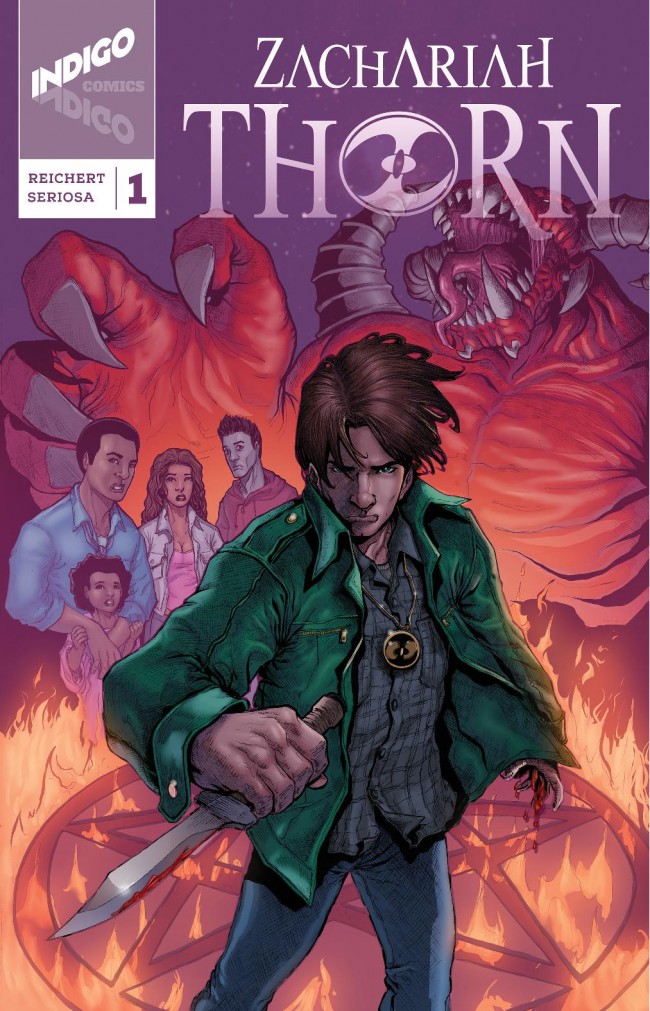 Writer Scott Reichert begins the story with Zachariah Thorn hunting down a Rusalka, or a water nymph, who has been luring individuals to a watery grave. The pacing of this sequence is done very well and Scott allows artist Bonkz Seriosa’s artwork to do a lot of the storytelling. It also creates quite a bit of intrigue as you wonder what kind of powers Zachariah has.

Placed throughout the story are dream sequences, nightmares really, that depict impending danger. It gives the story a bigger scope outside of the case-by-case encounters with demonic and evil creatures, which is the main driver of the story so far.

The cast of characters is quite interesting and Scott puts their friendship and relationship front and center. Eli, Zachariah’s best friend, is a zombie who has some of the most outrageous traveling adventure stories. AJ is a caring and loving Dad, who stays up all night worrying about his daughter. Maria Flores is a trusty friend with a pickup, who hopefully will be fleshed out in later episodes. You can tell all of these people care about each other and there is a lot of chemistry between them. 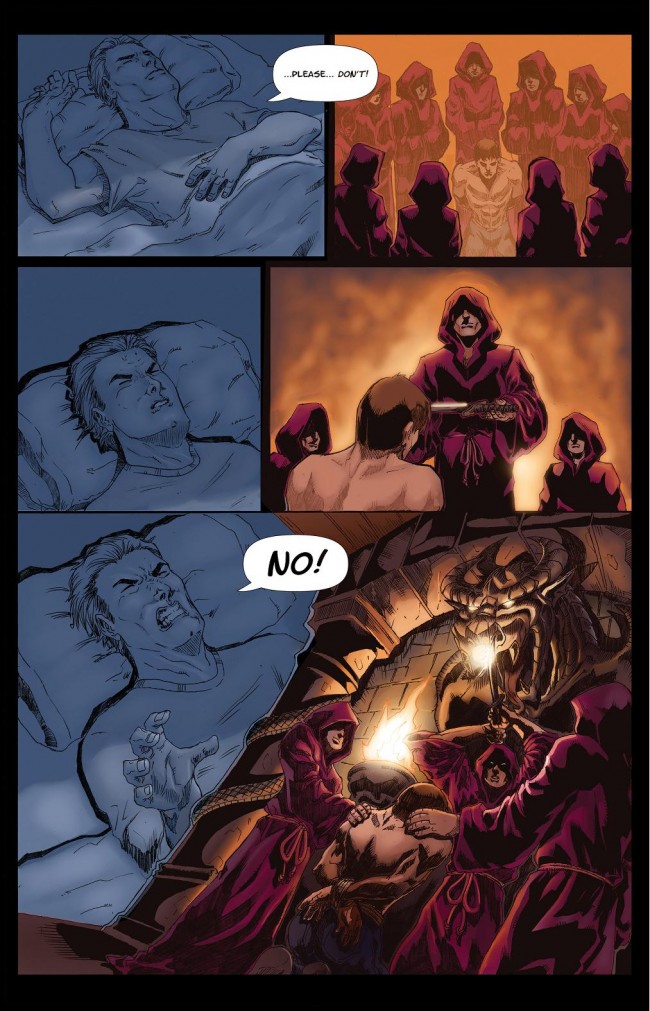 Bonkz Seriosa’s artwork is solid for the most part. There are some issues when he has characters trying to turn their heads. Their necks are usually still straight as their heads turn on them; it looks extremely painful for the characters.

The facial reactions and body language effectively convey the characters’ emotions. There are also some really cool monsters and creepy monster designs. The Rusalka is lithe and majestic, while the Howlers are strong and powerful.

Robert Reichert’s colors really help convey the monsters’ demeanor. He uses shades of light blues and purples to capture the majestic, awe-like nature of the Rusalka. In contrast, he uses a number of darker oranges and reds to show the brute strength and power of the Howlers.

Probably the biggest issue with the comic is the lettering. It is very generic and the bubbles really pop out of the page and don’t flow with the artwork at all. This is very apparent in the beginning of the story, but does improve towards the end.

Speaking of the end, it was a little disappointing; but, at the same time, there was a nice twist that showed the true colors of one of the characters. 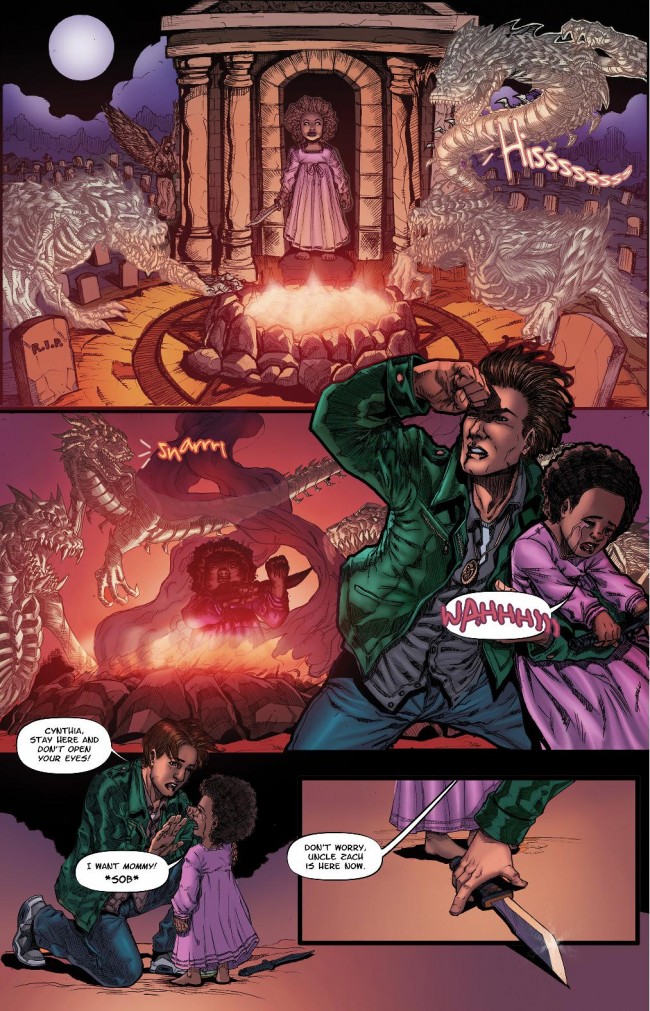 Zachariah Thorn #1 introduces you to Zachariah and his team and the supernatural world they inhabit. He reminds me a lot like Constantine, except he isn’t making deals with demons. There is a good cast of characters and an overarching story that is begging to be fleshed out. If you are into the supernatural this is one you will enjoy!