Newly-elected Senator Wendy Ling Torres and now head of the Senate Oversight Committee stops by JOE headquarters for a tour of the facility and a brief on their operation standards and mission protocol. How does it fare?

[easyazon_link identifier=”B0160DO722″ locale=”US” tag=”bounintocomi-20″]G.I. JOE Cobra World Order Prelude[/easyazon_link] does a fantastic job of setting the stage for the upcoming “Cobra World Order” story arc. That’s what this book is, the groundwork for the “Cobra World Order” story arc. Writer Larry Hama uses the tour as the perfect story point to provide all the information you need to know about the JOEs and their enemies which include Cobra, M.A.R.S. led by Destro, Revanche led by BN-002, and the Dreadnoks motorcycle gang led by Zartan.

Not only does he provide all the information about the JOEs you need to know for the upcoming arc, he also delves into their past a little bit, discussing Snake Eyes and Storm Shadow and the JOEs’ relationship with the Arashikage Ninja Clan.

Aside from laying on a ton of information about the GI JOE world, there is a nice little side story that keeps the book entertaining and the JOEs on their toes as they give the tour to Senator Torres and her aid. Not only is this plot line interesting, but Hama has fun with it in the dialogue. 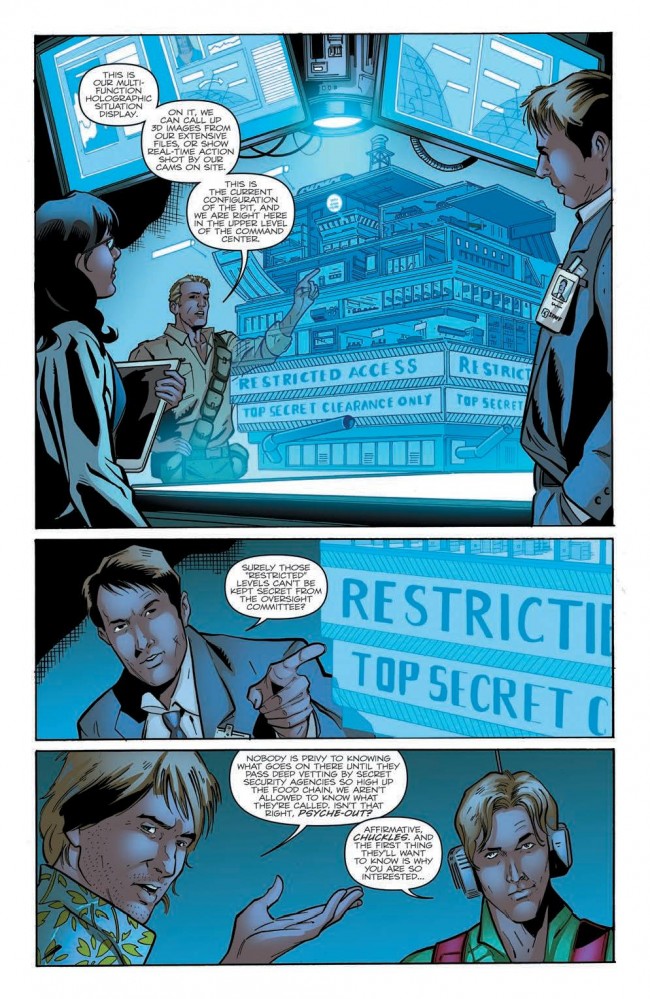 S.L. Gallant’s artwork fits the storyline well. He is able to transition effectively from the facility tour, displaying the JOE’s top of the line equipment including the X-19 Interceptor and the MBT Mauler and how they are able to maneuver to and from the base, to the exposition panels depicting Cobra Commander’s rise to power or Snake Eyes and Storm Shadow dueling each other.

One of the more interesting pieces is the incorporation of character designs into the story. It feels a lot like playing a tabletop RPG game like Warhammer. Cobra has multiple different units each with their own special purpose. There are even cool combat maps depicting the Silent Castle, Cobra’s headquarters, and Castle Destro, Destro’s familial castle.

There were some minor mistakes. At one point G.I. JOE Mainframe’s pistol appears velcroed to his outfit instead of secured in a holder. In the same panel, he is also supposed to be carrying an iPad-like tablet in his hand but it appears to be glued to the back of his forearm. Needless to say it is a little off-putting. There is also one panel where Duke is supposed to be making a joke, but instead he takes on a Joker-like smile and looks incredibly creepy. 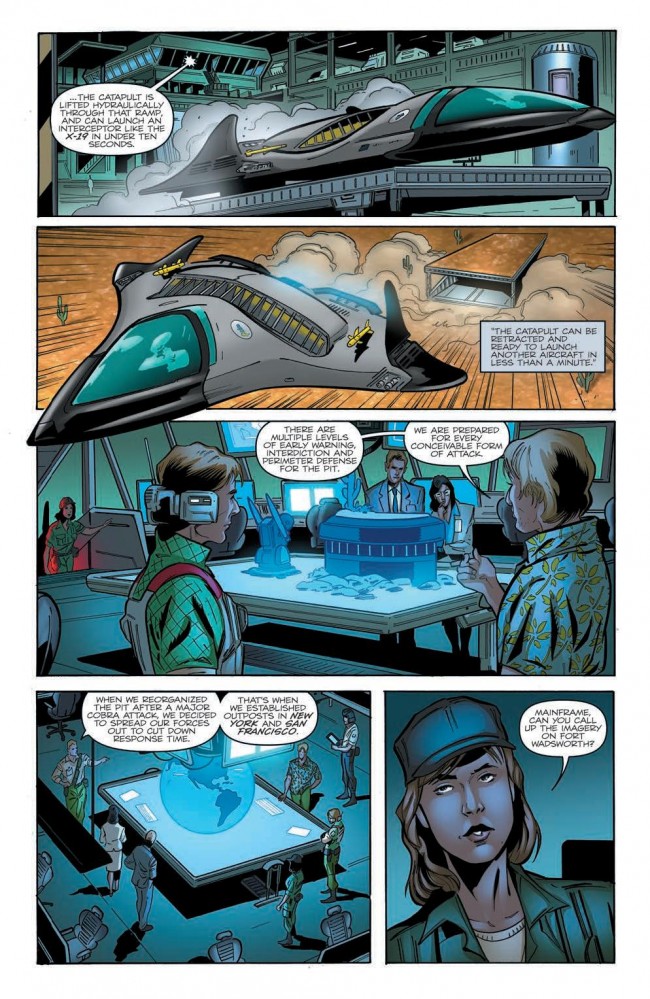 J. Brown’s colors provide a very good contrast between reality and computer simulations. He uses a blue on all panels that are formed via computer projection or simulation similar to Tony Stark’s technology in the Iron Man movies. During these panels he does a good job with the light to ensure it is a computer projection by brightening up the base of the projections to denote the origin of the light.

[easyazon_link identifier=”B0160DO722″ locale=”US” tag=”bounintocomi-20″]G.I. JOE Cobra World Order Prelude[/easyazon_link] does what it sets out to do and that is set the stage by introducing the characters and world of G.I. JOE to new readers or providing a good refresher for long-time readers of the series. Larry Hama keeps it entertaining with a nice little subplot to keep the JOEs on their toes but also to showcase the enormity of the situation they will be facing. S.L. Gallant’s art does a decent job of transitioning between the facility tour and the exposition of what has previously occurred in the universe. If you are looking to jump-in, now is the time to do so.