Helium has been captured and Dejah Thoris imprisoned by an invading alien force known as the Kahori led by an old rival of John Carter’s that is bent on revenge. Will John Carter be able to free Helium and rescue his princess or will John Carter and Barsoom fall? How does it fare?

This series first appeared on my radar during Baltimore Comic Con where writer Ron Marz spoke at length about the series during the Dynamite panel. His passion for the source material and explanation of its historical significance really sparked my interest.

On to the actual review! Ron Marz crafts a very straightforward and classic tale of revenge and love, headlined by a solid villain. He also includes an interesting subplot that keeps us as readers on our toes wondering how it is going to affect the overall story. He uses some very good exposition techniques to incorporate it fluidly into the story. 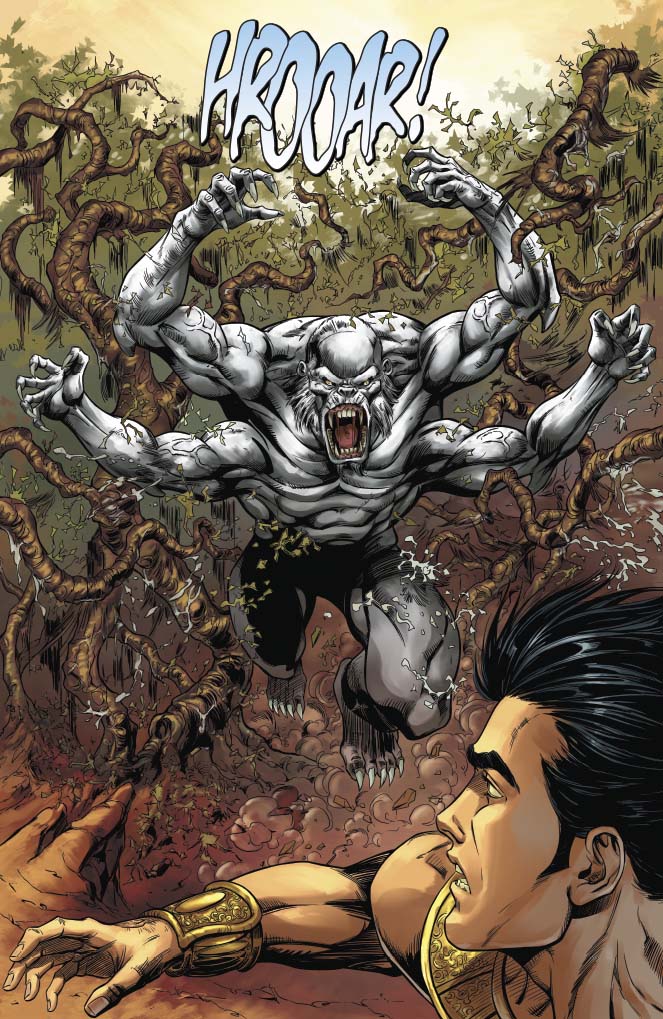 Nevertheless, Marz uses this opportunity to develop his two main characters, Dejah Thoris and John Carter. Their love and loyalty to each other is fully on display; however, what is more interesting is how determined both of them are. They both will continue to fight no matter the odds and their determination also allows Marz to expose other parts of their character such as Dejah’s guile and cunning or John’s honor.

Probably one of the biggest surprises for me going into this issue is the sense of family exhibited with respect to John, Dejah, the Thark Chieftain, Tars Tarkas, and his dog-like Calot, Woola. They are a tight-knit unit; they protect each other; fight for each other; and laugh and enjoy each other’s company. It is refreshing to read and see.

My only complaints about the actual writing are some clichéd moments where John Carter will appear to save the day at just the right moment or how Carter’s stubbornness leads him to want to get back into the fight despite having the opportunity to heal. 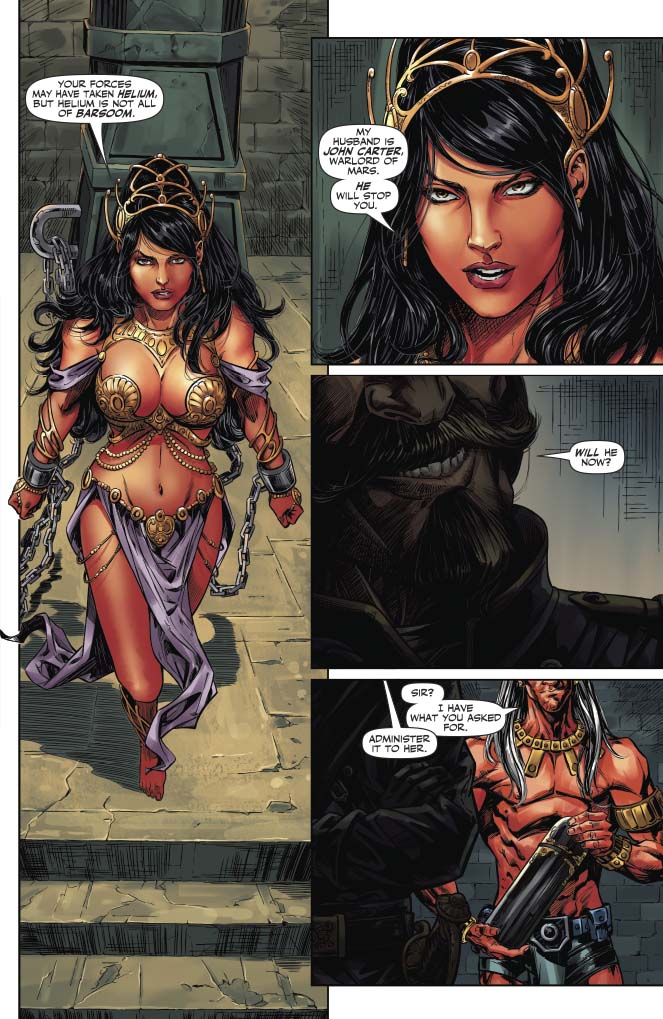 Arishek Malsuni’s artwork is absolutely phenomenal from the very first page to the last of the fifth issue. The character and creature designs are very well done. I especially enjoy the look of Woola and Tars Tarkas. In the first issue of the book, there are some phenomenal splash pages detailing all of the different types of people and creatures inhabiting Mars. The architecture of Helium is also very well done from the open arena to the domed palaces.

The action sequences are what really stand out. Malsuni uses multiple different camera angles from a number of distances. It allows us as readers to get a greater perspective of the overall battle, but also to personalize the battle, giving you the man-to-man action shots. It keeps it extremely exciting and entertaining.

In the final issue of the book, Roberto Castro took over artwork duties and it is definitely noticeable. He uses a much rougher art style, but it plays well as the script itself is rough with a prolonged duel between John Carter and his foe, Union Captain Joshua Clark. Castro’s art makes the world feel more dangerous and wild, more animalistic and untamed. He also pays homage to Malsuni’s work, using very similar combat sequences to draw references to the first battle between Clark and Carter at the First Battle of Manassas. 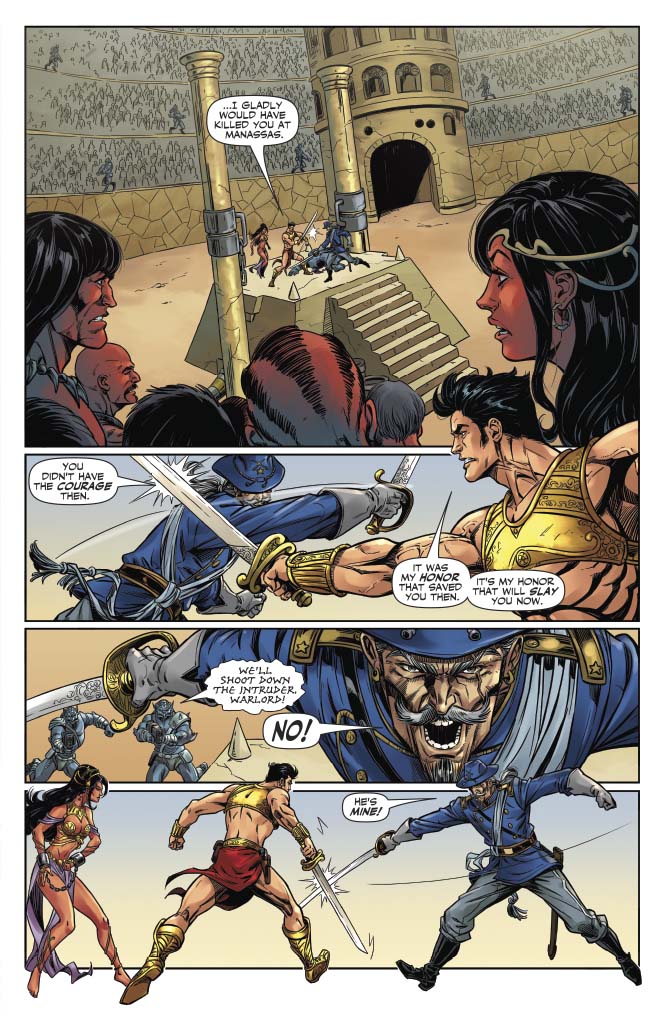 Colorist Nanjan Jamberi uses clear and crisp colors that bring Helium and Barsoom to life. He does a fantastic job with lighting, especially in the opening issue, keeping Joshua Clark shrouded in shadow building up the anticipation for his reveal.

[easyazon_link identifier=”1606907565″ locale=”US” tag=”bounintocomi-20″]John Carter: Warlord of Mars Vol. 1 Invaders of Mars[/easyazon_link] is a great classic fantasy adventure centered around revenge and love. Ron Marz uses some fantastic storytelling techniques to incorporate exposition fluidly and really introduce new readers to these wonderfully, interesting characters. Marz’s writing is crowned by Arishek Malsuni’s artwork. He brings Barsoom to life and details some excellent action sequences using a number of different camera angles and distances to provide a full perspective of the battlefield as well as showcasing John Carter’s superhuman abilities. This is a volume you will definitely enjoy!