The Monks of Arus continue their training exercises in preparation for a time of war that will soon be upon them as Haggar has allied herself with the Ra’Hraaag! Will Voltron be able save the galaxy once again? How does it fare?

[easyazon_link identifier=”B016IRNZKU” locale=”US” tag=”bounintocomi-20″]Voltron: From the Ashes #2[/easyazon_link] is a hard story to get through. It focuses primarily on who the next Voltron pilots will be. Writer Cullen Bunn places the team in two drastically different settings, the first in the team’s living quarters where they are playing a card game and the second in a capture-the-flag type training exercise.

Bunn attempts to build some team unity and cohesion in both scenarios. He succeeds in the second scenario, but the first sequence attempts to address an issue the leader has with the rules and then completely gets sidetracked with one of the members, Vega, stripping down and tossing his towel. Bunn spends a full page discussing the strip-down. While it might unveil a tiny bit about Vega’s personality and character, it feels like a distraction and page filler.

The second sequence, involving the training exercise, showcases the team unity; yet, it also displays the type of tactics and strategies their team employs compared to the Red Team, who always finishes first. They are much more aggressive and go for the kill, even risking their own base at the expense of a kill shot.

During this training sequence, Bunn also interrupts it with flashbacks to the last battle against the Robeasts. It appears Bunn is attempting to make a comparison between the current team in training and the last Voltron Force team. It doesn’t really work as the Voltron Force breaks off individually to combat the Robeasts while the current team in training primarily works in pairs and even loses a number of team members to opposing teams. 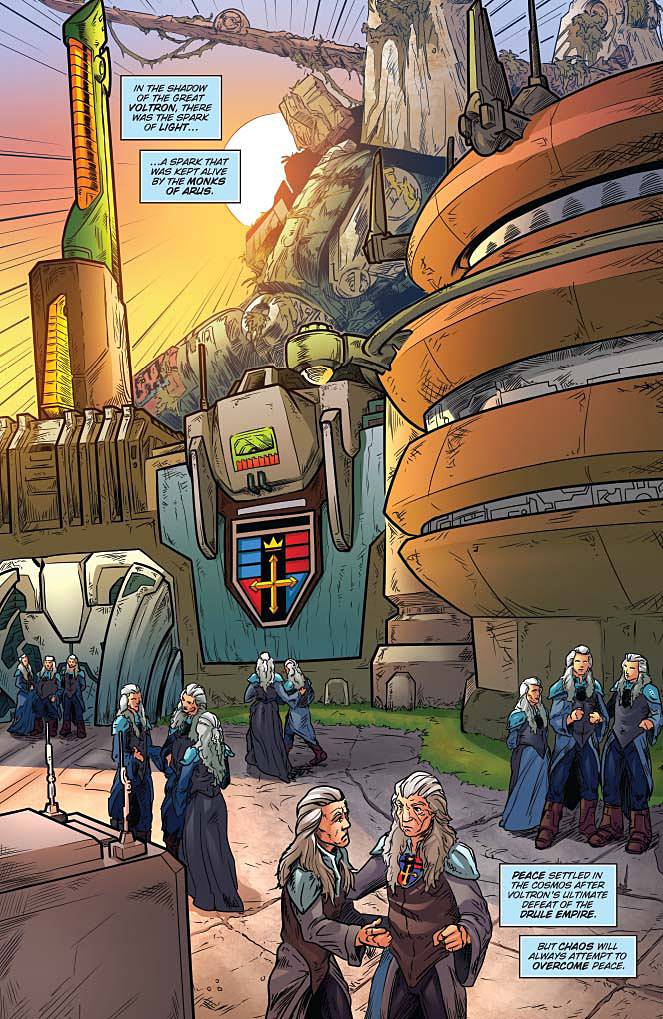 Blacky Shepherd’s artwork is serviceable. He does a good job of creating a sequential flow during the opening card game scene; however, during the capture-the-flag game, it is difficult to figure out what exactly is happening. He doesn’t provide a bird’s eye view of the battle map and it makes it difficult to figure out where each member of the team is. It is also unclear how the team loses the game. We just have to rely on Bunn’s writing, and never actually see each of the team members get defeated.

The flashback scenes detailing Voltron’s last battle are also difficult to figure out what is happening. Each of the Voltron Force separates and Shepherd depicts them flying at the enemy Robeasts, but he never shows any actual combat besides an initial collision. Making it more difficult to figure out what is happening, are the overlapping panels without any distinctive lines separating them. They bleed over and into each other.

Adriano Augusto ‘s colors make it clear there are distinctive teams during the capture-the-flag game; although, for some reason, he adds different colors to the Black Team’s armor, specifically the Voltron logo. It can make it a tad confusing when attempting to differentiate their team from the yellow or green teams.

He does create some unique planets using different shades of purple and pink that otherwise would have looked like generic Earth worlds. Finally, there is a panel depicting an array of different types of food and drink that he brings to life with his colors. It reminds me of the food fight scene in Hook. 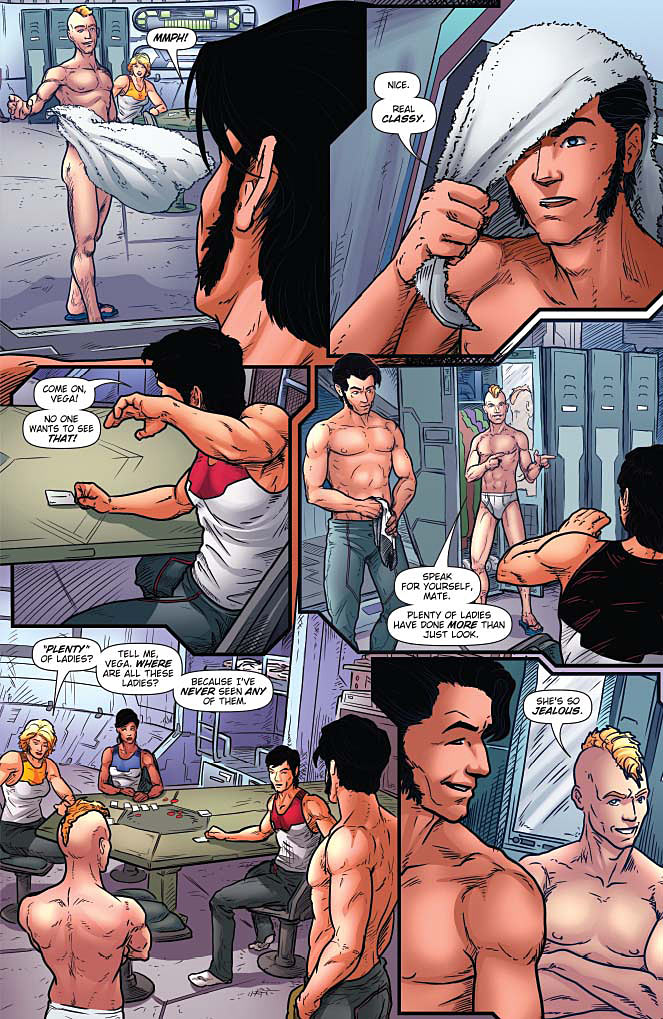 [easyazon_link identifier=”B016IRNZKU” locale=”US” tag=”bounintocomi-20″]Voltron: From the Ashes #2[/easyazon_link] is a disappointing second entry. Bunn attempts to build some team unity while introducing us to some of the characters, but it falls flat and doesn’t flow very well at all. Blacky Shepherd’s artwork doesn’t improve the story with overlapping panels that make it difficult to follow the action. I recommend skipping this issue.