IDW’s January 2016 Solicitations are here and it is chock full of My Little Pony, G.I. JOE, Transformers, and TMNT. However, there are some interesting graphic novels coming out as well such as Renee and Corto Maltese: Celtic Tales. Did I mention the new series like Gutter Magic, Amazing Forest, Luna the Vampire and Victorie City? I got my eyes on Judge Dredd, Gutter Magic, and the conclusion of Danger Girl: Renegade. What are you eyeing come January?

Jem and the Holograms #11: Dark Jem Part 1—GEM OF THE MONTH 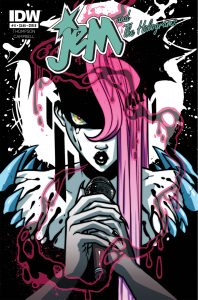 Cover A by Sophie Campbell 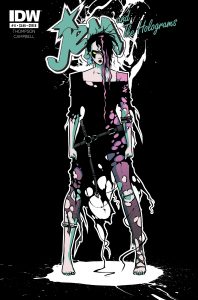 Cover B by Sophie Campbell 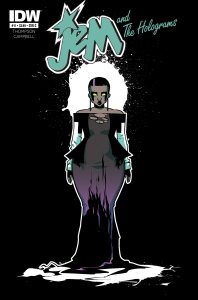 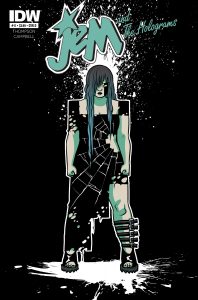 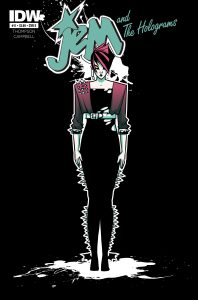 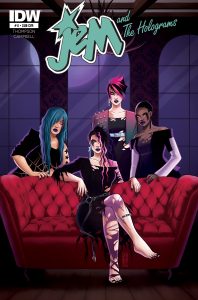 Something is wrong with SYNERGY! As JEM AND THE HOLOGRAMS first tour begins, something—or someone—called SILICA is after them… but who, or what, is she? Meanwhile, THE MISFITS need to replace their lead singer fast—and maybe even… permanently?!? 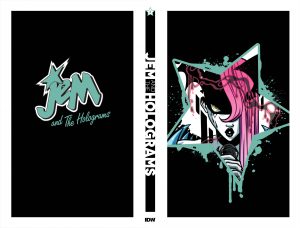 Want to collect all the covers, but don’t have the time to chase them down? Buy the entire set, which comes in a deluxe black metallic foil collectible box! Includes all five covers from Sophie Campbell!

Bullet points:
Sophie Campbell is back for the epic DARK JEM storyline!
Featuring a BLACK METALLIC COVER TREATMENT!
Outrageous new looks for JEM AND THE HOLOGRAMS! 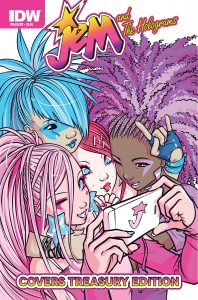 Sophie Campbell, Sara Richard, Jen Bartel, and many, many more! (a & c)
GLAMOUR AND GLITTER, FASHION AND FAME, AND COVERS COVERS COVERS!!! Since the JEM AND THE HOLOGRAMS comic debuted, we’ve had a special cover or two. Now—cover, free from logos and type, at giant size, under one set of covers! 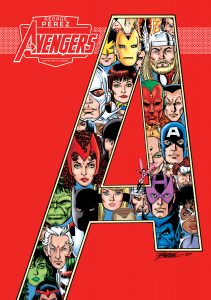 The next installment of the smash-hit Marvel Artist Select Series is here! Each deluxe hardcover in this series features a collection of issues never-before released together. This oversized, limited-edition hardcover celebrates the legendary George Pérez’s time on The Avengers with a hand-curated selection of Pérez’s favorite issues chosen by the artist himself. Each copy of this 999-copy limited-edition hardcover is slip-cased, hand-numbered, and signed.

Bullet points:
Advance solicited for February release!
Signed by George Pérez!
This collection only available in this limited-edition run! 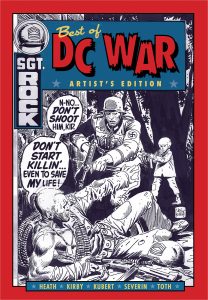 DC Comics produced some of the very finest war comics ever, and by some of the best artists in the field. This spectacular Artist’s Edition will include an amazing selection of stories by the best of the best: Heath, Kirby, Kubert, Severin, and Toth—a veritable pantheon of classic war artists doing what they do best. As with all Artist’s Editions, these complete stories are scanned from the original art work and reproduced to the exacting standards that has garnered IDW five consecutive Eisner Awards for the Artist’s Edition series. If you are a fan of Classic DC war comics you cannot afford to miss this incredible book! 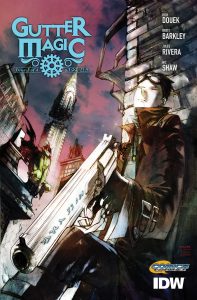 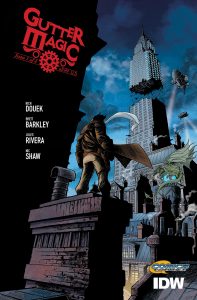 Rick Douek (w) • Brett Barkley (a & c)
Cinder Byrnes has been trying to lie, cheat, and steal his way into wizardry his entire life, and he’s finally got the key to unlocking the power of magic. But first, he needs to stay one step ahead of the sorcerous crime lord that wants him dead. Writer Rich Douek and Artist Brett Barkley present an action-packed urban fantasy tale, set in a modern New York City where World War II was fought with magic. 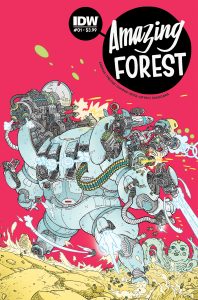 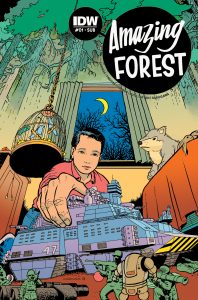 Tales for the bold. Ideas for the strange. Wicked concepts that stir the minds of those with darkness in their hearts. A modern anthology that lends itself to a time when stories were short and ugly. Written by Ulises Farinas & Erick Freitas, each comic is drawn by a different amazingly talented artist, each lending their unique talents to bring horrible happiness to the readers’ skulls!
Bullet points:
A collection of the greatest stories ever told, from the minds of Ulises Farinas & Erick Freitas (Judge Dredd: Mega-City Zero)!
32 pages of pure allegorical madness! 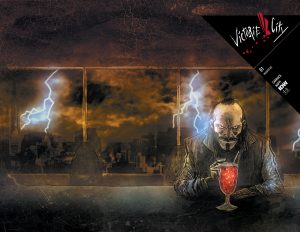 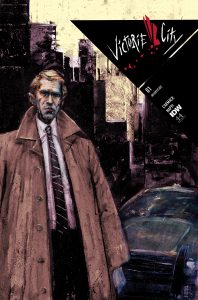 An all-new four-issue series in the vein of Se7en, writer Keith Carmack and artist Vincent Nappi mix thriller, mystery, and noir elements with a touch of horror in Victorie City. A young woman has gone missing, unidentifiable bodies are piling up at the morgue, and a lone wolf detective is about to stumble across an evil that no one in Victorie City is prepared for. Can the good in Detective Ness overcome a killer whose vicious acts grow to supernatural proportions?

Bullet points:
A hard-boiled detective story wrapped in a psychological thriller!
In collaboration with 44FLOOD! 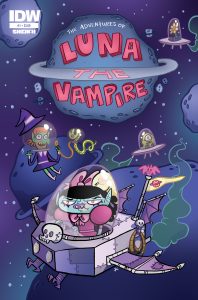 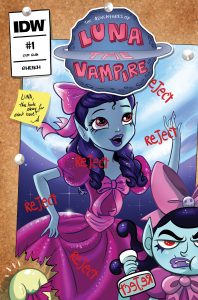 HOLY SPACE BLAST! Ever wonder how it would be if outer space was populated by monsters? Or what it would be like to have a green ugly witch as your best friend? Then look no further! Welcome to the AMAZING everyday life of Luna the vampire. (Zombie postman and crappy job included.)

Bullet points:
For those fans of My Little Pony, Adventure Time, and Edward Scissorhands—you’re welcome!