Casey and April leave New York City and head out west to discover the secret of an ancient scroll. Their journey will test their relationship and test both of them individually. Will they be able to survive? How does it fare?

[easyazon_link identifier=”163140492X” locale=”US” tag=”bounintocomi-20″]Teenage Mutant Ninja Turtles: Casey & April[/easyazon_link] examines Casey and April’s relationship while also looking into each character’s own individual flaws and working to overcome them with the quest for an ancient scroll being the reason for the character examination.

Mariko Tamaki and Irene Koh begin the first part of the book really slow, showcasing where April and Casey’s relationship stands. It is tough to get through with numerous awkward moments at the mention of the word, “couples” in addition to April explaining the geography of California and Casey asking about food. Then, the first real action is Casey reacting to a cyclist crossing the street and stating, “This place is nuts.” This makes no sense given Casey grew up in New York and was most likely dealing with bikers all the time. Unfortunately, the dialogue doesn’t really improve either.

As for the overall story, it is disjointed. At one point, Tamaki leaves April focusing on Casey as the two split up to track down separate leads. Once she returns to April, she is helping a young mother change a tire. It is completely random, although it does give Tamaki an excuse to examine April’s own weaknesses. Then, there will be characters who, without ever having interacted with Casey, peer into his soul, judge him as scarred, and offer to help him. 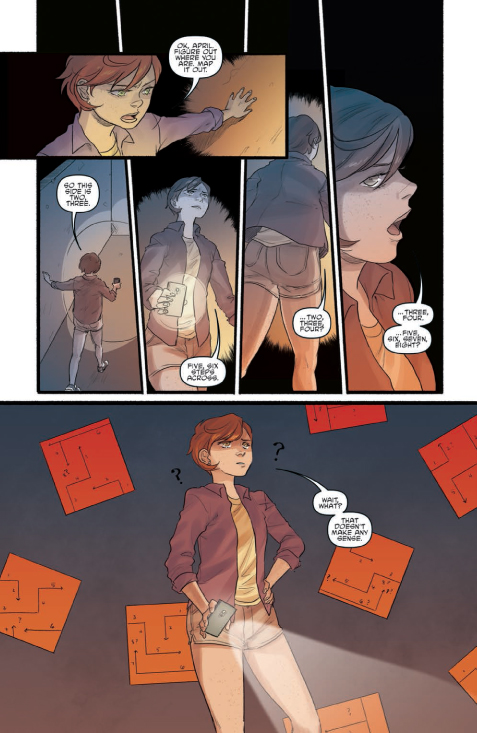 However, about two-thirds of the way through the book it really hits its stride, providing plenty of action, intrigue, and even some problem solving while also showcasing Casey and April working together to overcome their obstacles. It is unfortunate Tamaki takes so long to get there.

This leads into issues with the actual artwork. In the first part of the story, a young waitress is randomly turned into a much older waitress with gray hair. This isn’t like an actual transformation. The young waitress is never seen again, and an older one takes her place. There is also a sequential issue where April is seen leaving a mobile home with her back away from the door and then two panels later she is about to walk into the mobile home’s wide-open door.

Aside from these issues the art is actually pretty solid and at times extraordinary. There is one huge splash page of Casey riding on a motorcycle that looks as if it should be hanging in an art museum. The facial feature depictions are absolutely gorgeous and do a great job of capturing Casey and April’s emotions whether it is rage, fear, or love. 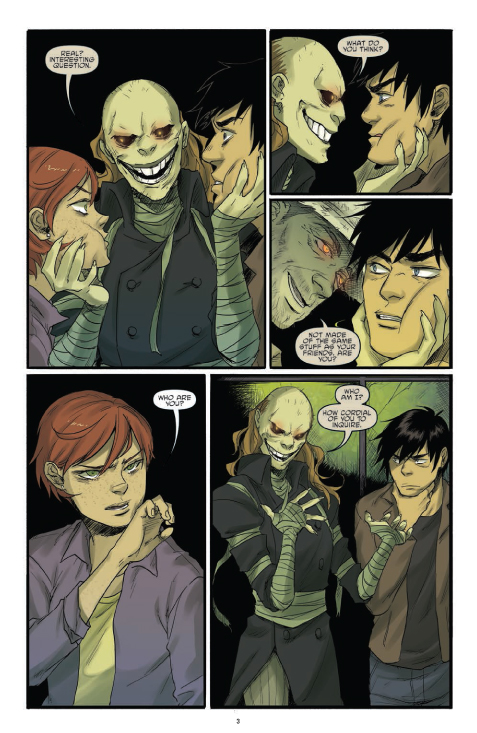 [easyazon_link identifier=”163140492X” locale=”US” tag=”bounintocomi-20″]Teenage Mutant Ninja Turtles: Casey & April[/easyazon_link] struggles with a very slow start, poor dialogue, disjointed storytelling, and some glaring errors in the artwork. However, once you get past the slow start and jumbled storytelling, there is some shine in the rough as Tamaki does some excellent character work in the latter half of the book, combined with some really good artwork.