Garth Ennis and Mark Dos Santos are back on another issue of A Train Called Love from Dynamite. And with a strong start we can only hope the second issue will be just as good. How does it fare?

Those two situations get resolved (sort of) but this takes more than half the book. So there’s not much room left for new development. One of the “guys” is caught by his girlfriend watching some freaky form of pornography and I can say I’m utterly uninterested in that storyline, and we get introduced to a new character named Dave, an egocentric but very popular jerk. He’s part of this mysterious deal the guys are involved with.

To be honest it only took me two issues to lose interest in these characters. Most of them are forgettable and I struggled a lot to remember who’s who. I know Ennis enjoys making these insufferable characters, his creations are deeply flawed and broken in many ways, he rarely creates any character that could be considered sane and normal. But this in many ways seems lazy and stereotypical, I know it will require more books for every character to get it’s own story and personality but it’s too confusing to really care about them. 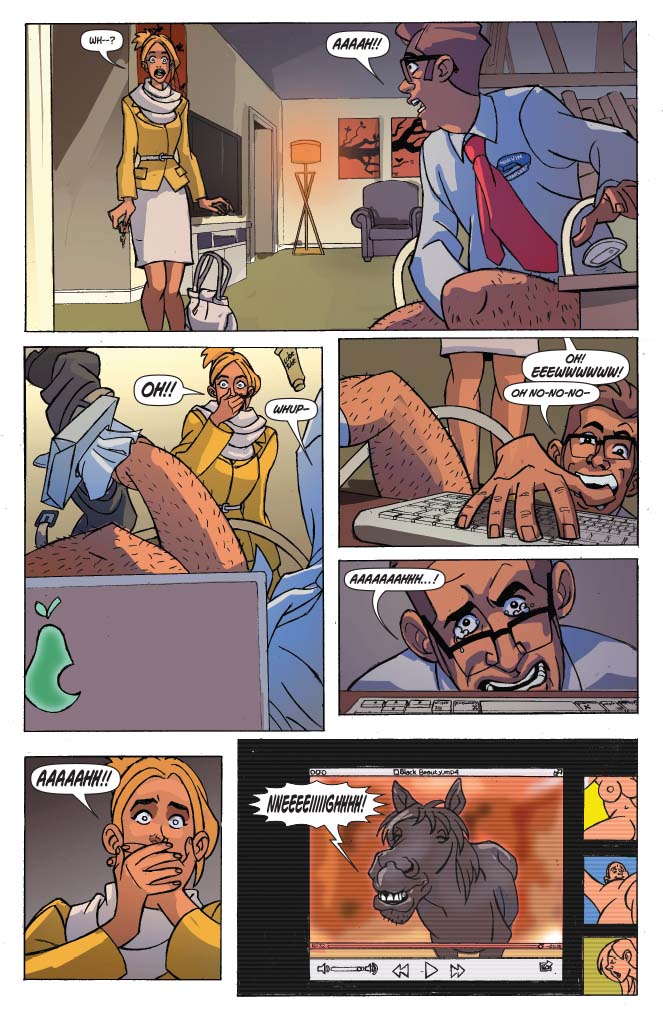 On the Art side of things, nothing new, the drawings are still correct but the art style doesn’t really fit the book in my opinion, the cartoonish look just lacks details and the colors…well, let’s just say it looks like a mix of MS Paint and Crayola in tones and there is way too much pastel to be taken seriously. I struggle to find any redeeming qualities in the art, which I could overlook when the story’s good but this issue it just was not the case.

[easyazon_link identifier=”B017ACHEG8″ locale=”US” tag=”bounintocomi-20″]A Train Called Love #2[/easyazon_link] is very weak and disappointing. I’m not sure where Garth Ennis is going, but I am now starting to wonder if I really want to find out. There are some funny moments but overall there’s not enough happening to keep you interested.