While the orbital crew and the remaining ground personnel reel from the discovery of the Aliens, Vampirella and Lars look for a way to defeat the monsters as they are constantly pursued. Will they be able to survive the onslaught? How does it fare?

[easyazon_link identifier=”B016JYOV1O” locale=”US” tag=”bounintocomi-20″]Aliens / Vampirella #3[/easyazon_link] feels like a fulcrum installment. It is a pit stop in between a very exciting introduction and hopefully an even more exhilarating conclusion. The characters are all trying to process what is happening. They are all still in shock. It leads to a heavy dialogue-focused issue where they discuss what they are dealing with and what their steps should be moving forward. Some of it is pretty interesting and further develops the characters, whether it is through some very emotional dialogue or idle banter that lends the characters to be your typical horror story characters where you are just waiting for them to get gutted.

However, like many slasher films some of this dialogue can be a little cheesy and not everyone’s cup of tea. I found it hilarious as Bechko interjects these captain obvious lines right before something terrible would happen. 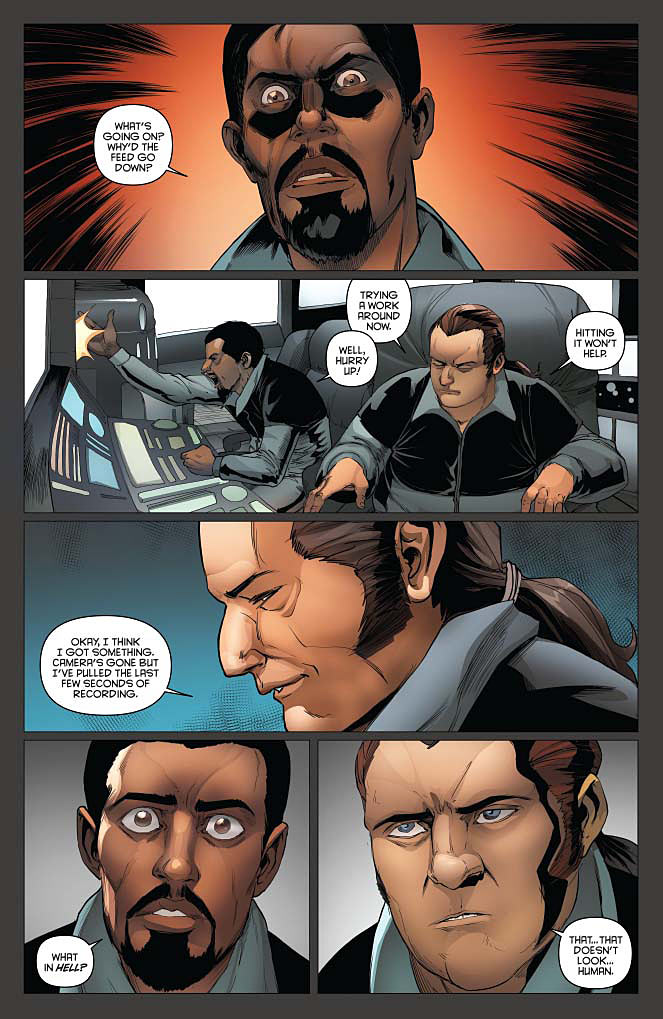 Javier Garcia-Miranda’s art is once again up to par. There are some great facial features capturing skepticism, shock, anger, and fear. He is also able to use a neat layout design depicting a close-up of two individuals’ faces side by side, allowing us to see how each of them reacts to the same information. It is able to build character without any dialogue or words at all!

There are some minor issues with Sarah’s bottom jaw not being aligned with her top in one panel or when her eyes take on a zombie-like stare when an Alien attacks her.

InLight Studios does a decent job coloring and applying the proper filters to give certain panels an old-fashioned recording look or a live security camera feed. However, they really excel about halfway through the story when depicting an Alien inside a giant blood vat. The mixture of red and black blurs so it is almost subtle as to whether the Alien is actually inside. It does a great job of creating a ripe moment of shock terror. 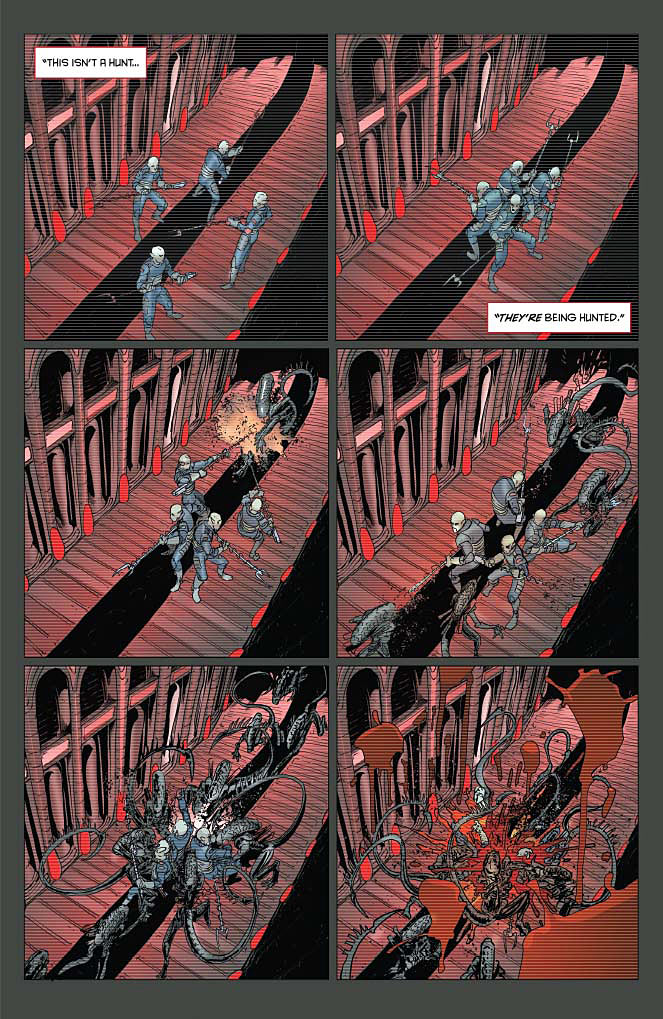 [easyazon_link identifier=”B016JYOV1O” locale=”US” tag=”bounintocomi-20″]Aliens / Vampirella #3[/easyazon_link] takes a little break from the action and horror to delve into some character development , providing more insight into the characters and how each of them deals with certain news, whether it is the discovery of the Aliens or a stay on delivering supplies. It builds up for a whole new horror for the next issue. The artwork is done well with a few minor mistakes. This book remains a good horror/slasher read!