James takes to the streets of Helsinki to track down an assassin, while a new narcotics dealer has taken up shop in London. Little does James know there are larger forces at work plotting his demise. How does it fare?

[easyazon_link identifier=”B016JZ8AOC” locale=”US” tag=”bounintocomi-20″]James Bond #1[/easyazon_link] by Warren Ellis and Jason Masters reads like the beginning of any classic Bond movie. There is an entertaining chase and action sequence followed up with a brief on James’ upcoming mission. Then, there is a trip to the Quartermaster and a hint at the danger James is about to find himself in. While this may work for the beginning of a movie, it doesn’t translate as well to a single issue comic.

The dialogue seems off. Bond doesn’t seem to be his charming and dashing self when he is bantering back and forth with Moneypenny. Instead, they talk about how each of them used to be charming. The dialogue picks up once we get to M and James is given his mission, but it is fleeting as it quickly bogs down in the conversation with Q.

Probably the most irritating part of this book is the opening action scene. Jason Masters’ art makes it difficult to follow what is happening. The characters are forsaken in favor of showing the surroundings. It causes the characters to blend into the environment, making it difficult to pick them out. Guy Major’s colors exacerbate this problem because he uses a lot of black contrasted only with dark greys and a muted green and blue. The lighting in these panels draws your eyes away from the action. While it forces you to really examine the entire panel, it disrupts the flow of the comic. 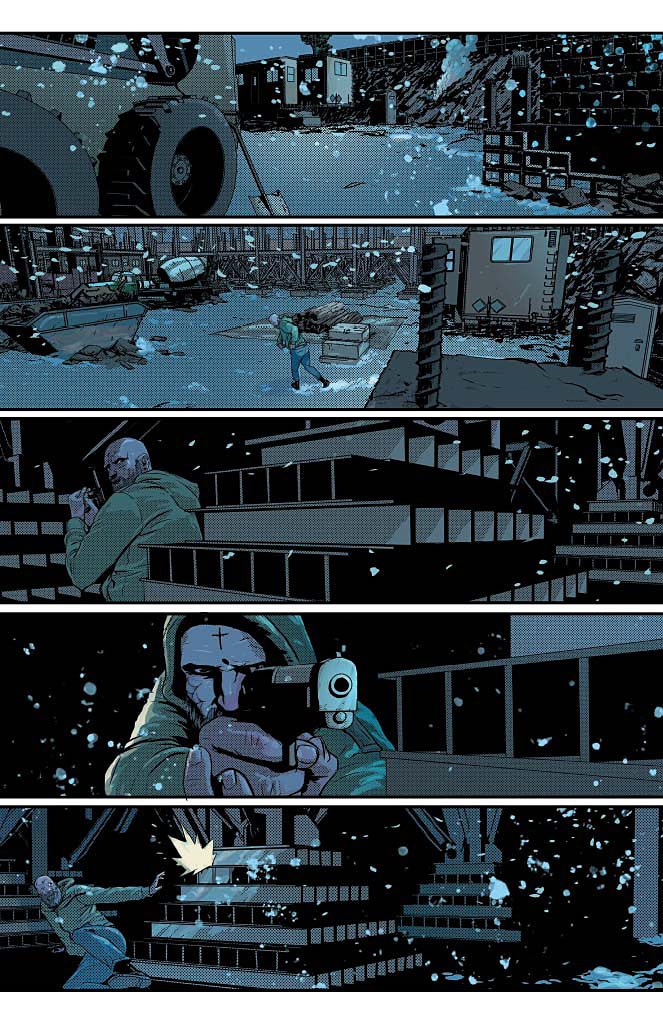 Ellis also scripts this chase scene out by keeping the person who is doing the chasing off the page or, if he does appear on the page, it is unclear who it is. It ramps up the tension nicely and allows Masters to be creative in how the mystery figure pursues his prey. There are quite a number of shockingly violent panels once you are able to figure out what is happening.

As mentioned before, after the chase sequence the book goes through the typical 007 paces. The one bright highlight during the Q sequence is the unveiling of a new type of bullet. If it hasn’t already been in a Bond novel or movie, it is one that fits in perfectly. It is not too high tech, but a definite innovation to your standard gadget. 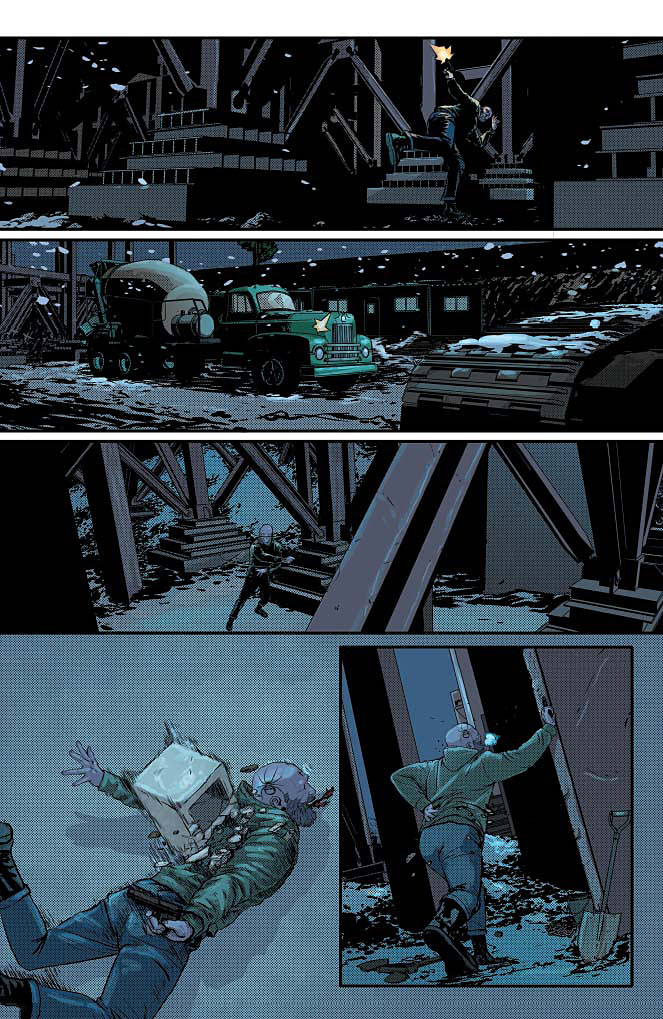 [easyazon_link identifier=”B016JZ8AOC” locale=”US” tag=”bounintocomi-20″]James Bond #1[/easyazon_link] is a decent start to a story that is obviously being told for the trade. The chase scene in the beginning had quite a bit of tension and plenty of brutality although much of it is hard to follow due to a lack of focus on the characters and very dark colors that make everything seem to blend together. I expect the story will only get better moving forward. It is good to see 007 in a comic!