Ninjak has hunted down and captured a number of the Shadow Seven, the leaders of Weaponeer, an arms dealer who sells to the highest bidder. However, his last target will be his toughest fight yet. Will he be able to take down Fakir? How does it fare?

If you haven’t been reading Ninjak, Matt Kindt breaks up the issue in two. The first is the primary story arc happening in the present, albeit there are some flashbacks. The second is The Lost Files, illustrating Ninjak’s past with the Undead Monk.

Matt Kindt’s writing in [easyazon_link identifier=”B016JZOZGO” locale=”US” tag=”bounintocomi-20″]Ninjak #9[/easyazon_link] is good, but it is his ability to connect both of the stories and bring them full circle that really stands out in this issue. He subtly reveals what the Lost Files are and why Ninjak so voraciously pursued the Shadow Seven, going so far as to ignore orders from MI-6.

That’s not to overlook the actual dialogue. He has some of the best transitions in a comic, going from discussing how caution is the cousin of fear and fear is the mother of cowardice. This expertly leads into a flashback scene with none other than his mother. 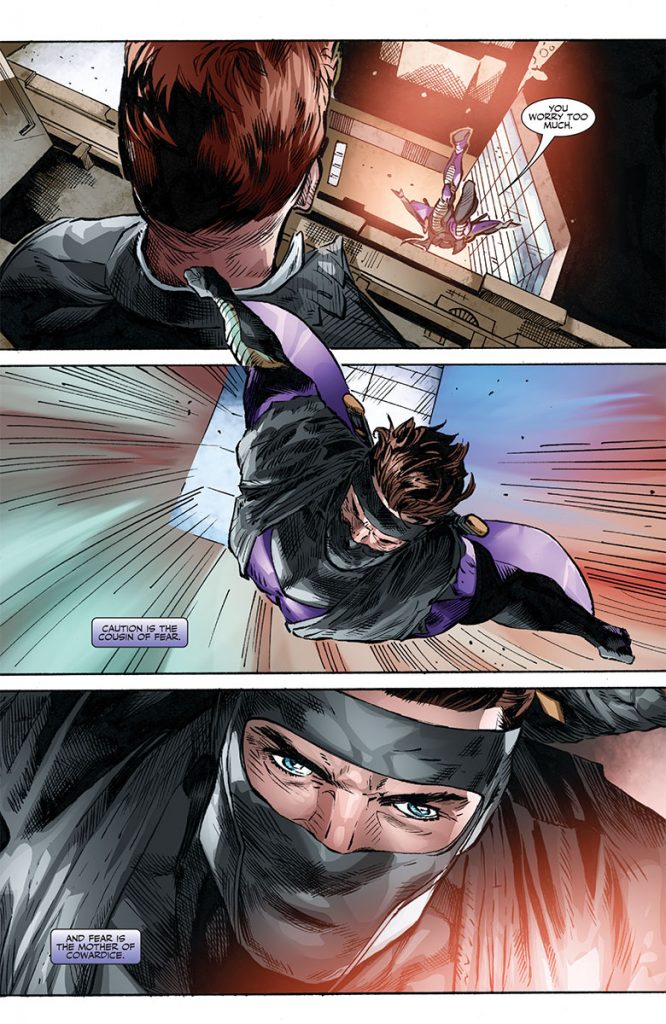 Kindt also uses some great symbolism to capture how much Ninjak’s character has developed and changed. It is pretty masterful what he does with the character in just a few short pages. He lets you deep inside Colin King where you can truly feel for him, but also admire him for what he has accomplished.

Despite the fantastic characterization of Ninjak, his nemesis, Fakir, is lightly developed and the way Kindt concludes the combat sequence leaves one asking more questions. You have to suspend your disbelief a little bit since Kindt doesn’t offer any explanations.

Clay Mann’s pencils are pretty good with clear depictions of what is happening and good layouts allowing for ease of reading. However, the combat sequence with Fakir can be a little confusing as it may be difficult to figure out what exactly is happening due to Fakir’s character design. He has four extra tiny hands attached with extremely thin limbs and they can be confused with penciled lines designed to show movement.

Mann uses quite a number of different camera angles and one sequence really stands out where he gives us a behind-the-sword shot looking down upon Fakir that flows into a horizontal panel looking up at Ninjak from Fakir’s position. You can almost see Fakir’s cowardice reflected off Ninjak’s face. 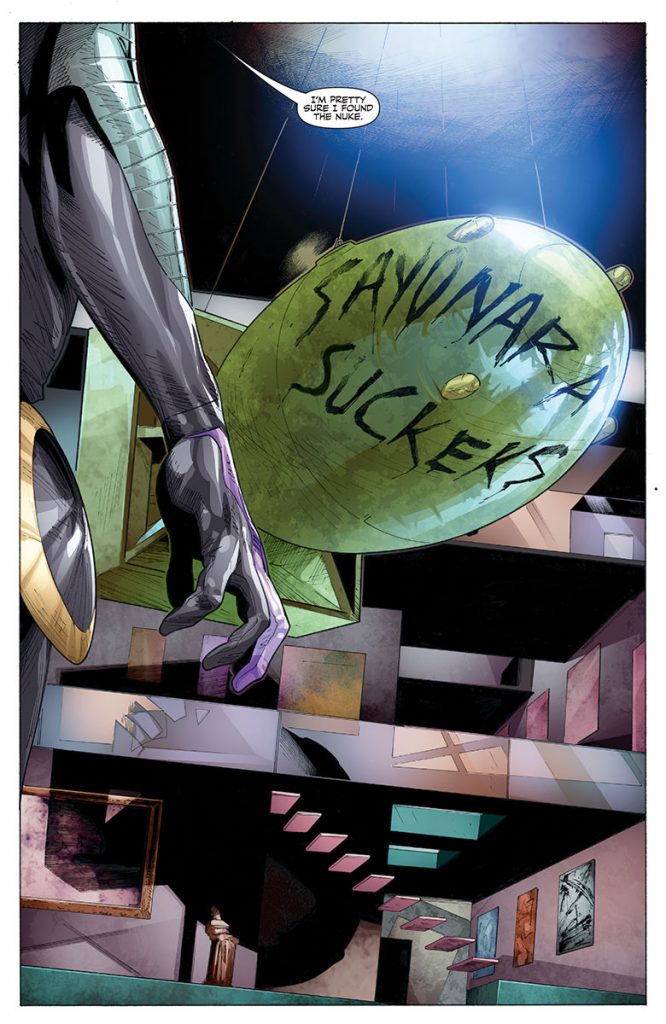 Juan Jose Ryp’s artistic style is quite different from Mann’s. It is much rougher and lends well to the story Kindt tells in the Lost Files. Ninjak is much more brutal and less refined. It succeeds in depicting the wilderness where the Undead Monk is located and the environment Ninjak has been subjected to. The action sequences are much tighter showing blow by blows rather than just the big moments.

As for the coloring, Ulises Arreola does a great job of changing the color palette from the beginning to the end of the first story. In the beginning, there are a number of panels with heavy shadows and an overall darker tone. However, after the combat sequence, it switches to much brighter colors with blues and greens. It reflects Ninjak’s own attitude as he finally finds a semblance of peace at the end of the issue.

[easyazon_link identifier=”B016JZOZGO” locale=”US” tag=”bounintocomi-20″]Ninjak #9[/easyazon_link] shows why Matt Kindt is one of the top talents in the comic world right now. It has great characterization and a tightly written script that connects everything together. The art is good, minus a few issues with the main combat sequence. This issue demands that you continue to follow Ninjak.