Writer Ed Brisson (SHELTERED) and Adam Gorham (Dead Drop) come together for an all-new ongoing series in THE VIOLENT—set to launch from Image Comics this December.

In THE VIOLENT #1, readers meet Mason, an ex-con and former drug addict who’s trying hard to give up his old life. He’s got more important things to live for now: a wife struggling to contain her own addiction and a young daughter who needs them both. When threatened with losing his daughter, Mason falls into old habits, stumbling through a string of desperate criminal acts whose repercussions quickly become deadly serious.

“The Violent is a book that I’ve been dying to do for years. I’ve been a lifelong crime fiction fan—be it movies, books, comics—and grew up in a household where crime monopolized dinner table conversations—my father was a cop and my mom was a nurse who did a stint working in victim services,” said Brisson. “When I finally got my break into the industry, it was with the crime series Murder Book (eventually collected by Dark Horse). With The Violent, Adam, Michael [Garland] and I wanted to build on that, creating gritty character-driven crime stories that will grab readers by the throat and punch them right in the heart. The Violent is about desperate people doing desperate things to get out of desperate situations.

I’m thrilled to be working with Adam, who I’ve known for a few years now. The work he’s been doing on the book so far is going to blow people’s eyeballs through the back of their heads. Michael Garland’s colors are a masterclass in mood and atmosphere.”

Gorham added: “I’m very excited about The Violent. I love crime fiction, crime comics, and Ed’s Murder Book is no exception. Working with Ed is truly satisfying because his background has given him the gift of spinning a taught thriller while never losing sight of the human element at the center of his tales. Bringing these stories to life visually has been some of the most fun I’ve had in comics. What I want readers to know about The Violent going in—it’s not simply about the suspense of the gun firing, it’s about the damage left in the bullet’s wake. With Ed’s writing and my gritty illustrating, Michael Garland’s stylish colours and Tom Muller’s killer design, I’m optimistic The Violent won’t be a book readers can walk away from.” 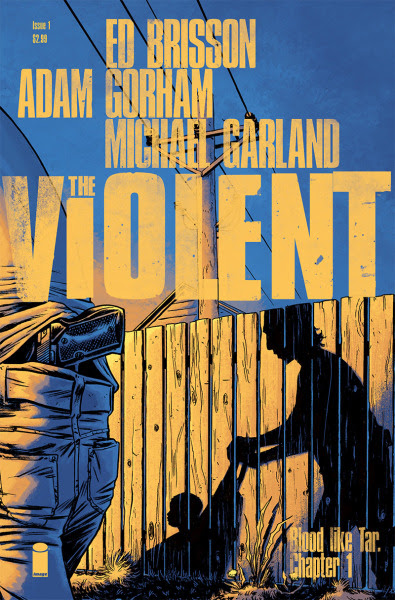 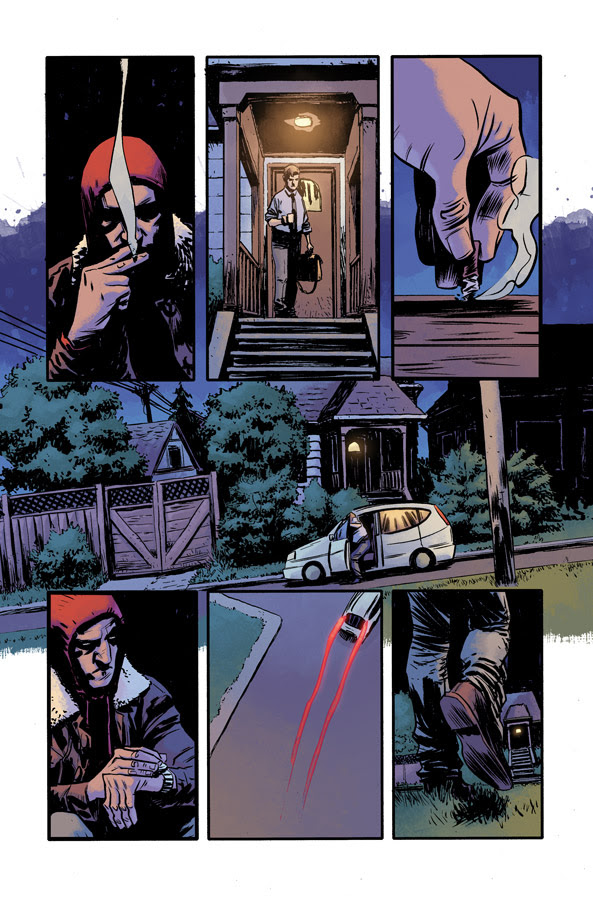 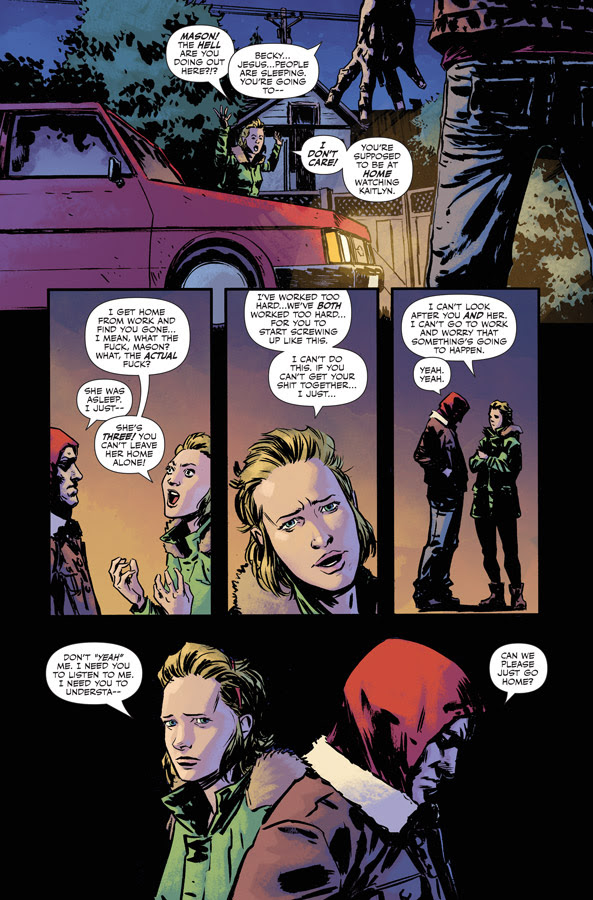 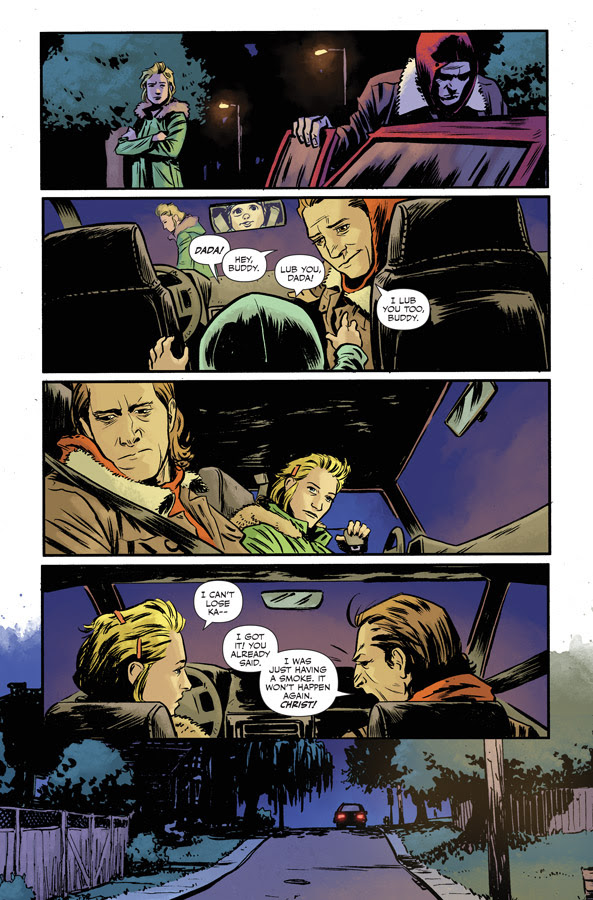