Revanche comes under investigation; Destro and Baroness make their move; Zartan begins plotting his own plan; the Fred’s fear the JOE’s satellite pulse beam; and a new Snake Eyes acquires some final polish. How does it fare?

[easyazon_link identifier=”B0172ENFS0″ locale=”US” tag=”bounintocomi-20″]G.I. JOE: A Real American Hero #219[/easyazon_link] puts the players in motion after introducing/refreshing readers in the Cobra World Order Prelude. However, there are a ton of players and Hama isn’t able to spend enough time on each of them. This can be good and bad. Let’s start with the bad first. There is no real plot progression. We still don’t have a clue what Cobra’s plan is let alone the other players’ plans. It is also hard to become emotionally invested in any of the characters because such little time is spent with them. In addition, writer Larry Hama ends each of the different storylines with a cliff hanger.

Switching to the good. The multiple storylines do lend one to believe this is an epic storyline that will shake the world of G.I. JOE. In addition, you want to find out what is going to happen with each of these different storylines. 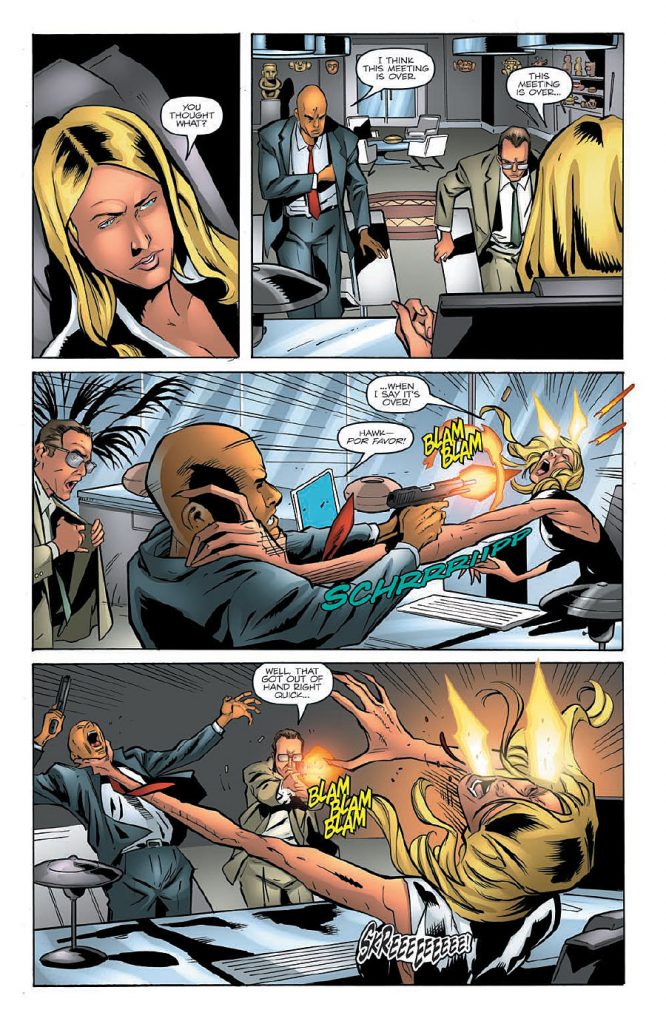 While Hama doesn’t allow any time to emotionally connect to any of the characters, he does do an excellent job of really characterizing each of the characters in the short amount of time he spends on them. You have an idea of who these people are, good and bad, resourceful and determined, or fearful. He does this not only through the actions the characters take in the script, but also in the dialogue, which has some nice one liners that complement the artwork perfectly, such as when General Abernathy exclaims, “Well, that got out of hand right quick…” What makes this line so hilarious is the corresponding depiction of a woman’s arm extending to an abnormal length to grab his partner. Hama uses a number of lines like this throughout the issue.

S.L. Gallant’s artwork is solid and really shines during the initial action scene at Revanche. The elongated arms add an excellent dimension and he shows how General Abernathy and Inspector Carlos Espinosa use what is available in the room as weapons to combat the Revanche representative. There was one page pertaining to Zartan where the panel layout was a touch confusing and you weren’t sure whether to move down the page or continue to the panel to the right. Aside from this, the panel layouts made for easy reading. There were a few other mistakes in the art such as a muzzle flash looking more like an entry wound on one of the Revanche factory employees. 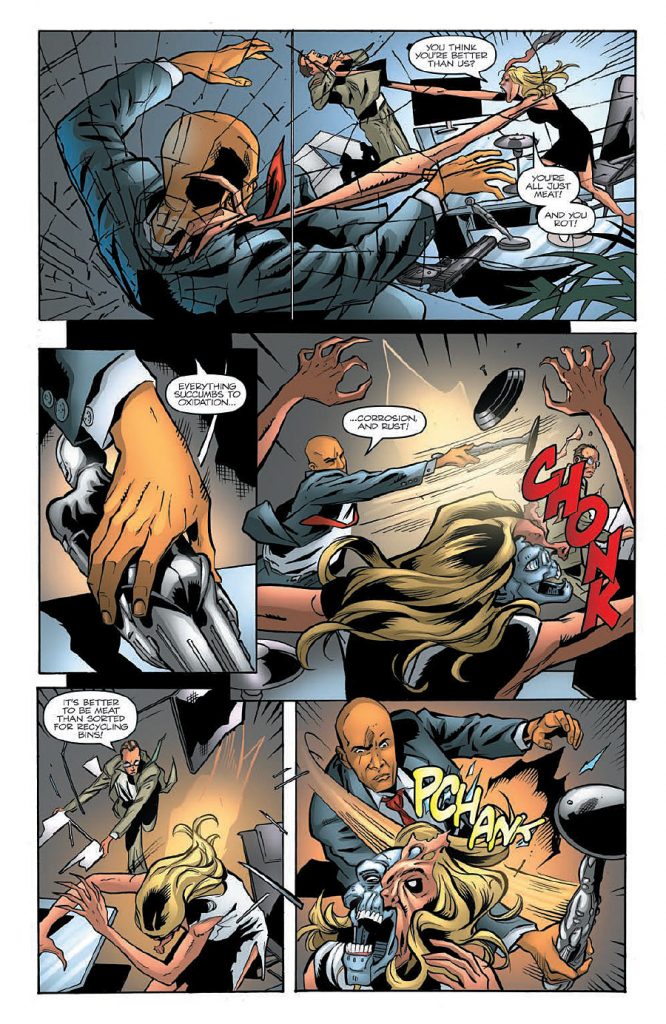 J. Brown’s colors work well. He does a good job of depicting certain individuals such as Zartan and his crew in darker scenarios while Abernathy and Espinosa are depicted in scenarios with a lot more light. I do like how much of the book has a dark tone to it, alluding to Cobra’s impending threat.

[easyazon_link identifier=”B0172ENFS0″ locale=”US” tag=”bounintocomi-20″]G.I. JOE: A Real American Hero #219[/easyazon_link] teases an epic story with a number of different storylines that don’t reveal much of the actual plot of the story arc. Hama’s writing is fun and at points hilarious in combination with well scripted art scenes. He does a good job of characterizing his characters in such limited page space as well. However, the lack of plot progression and the sheer number of storylines really damage the flow and readability as it jumps back and forth every two or three pages.