The deserted world of Delirius was nothing but a stain on the universe, until it was converted into the debauched Planet of a Hundred Thousand Pleasures by the evil Supreme Overlord, Imperator of all Galaxies. With the populace placated, he can tax them to the hilt and fund his campaign of terror. His opposition comes in the form of the Red Clergy, who attempt to coerce Sloane, the master-less intergalactic vagabond, into doing their bidding. Yet things are not always as they seem, and the piety of the clergy means nothing in a world of licentious chaos. Besides, Sloane always has his own agenda…

Written by giant of the comics world, Jacques Lob, with illustrations by Philippe Druillet at his most fantastical, Delirius is a science fiction epic that leaves readers utterly in awe of the sheer vibrancy of the creator’s imaginations. 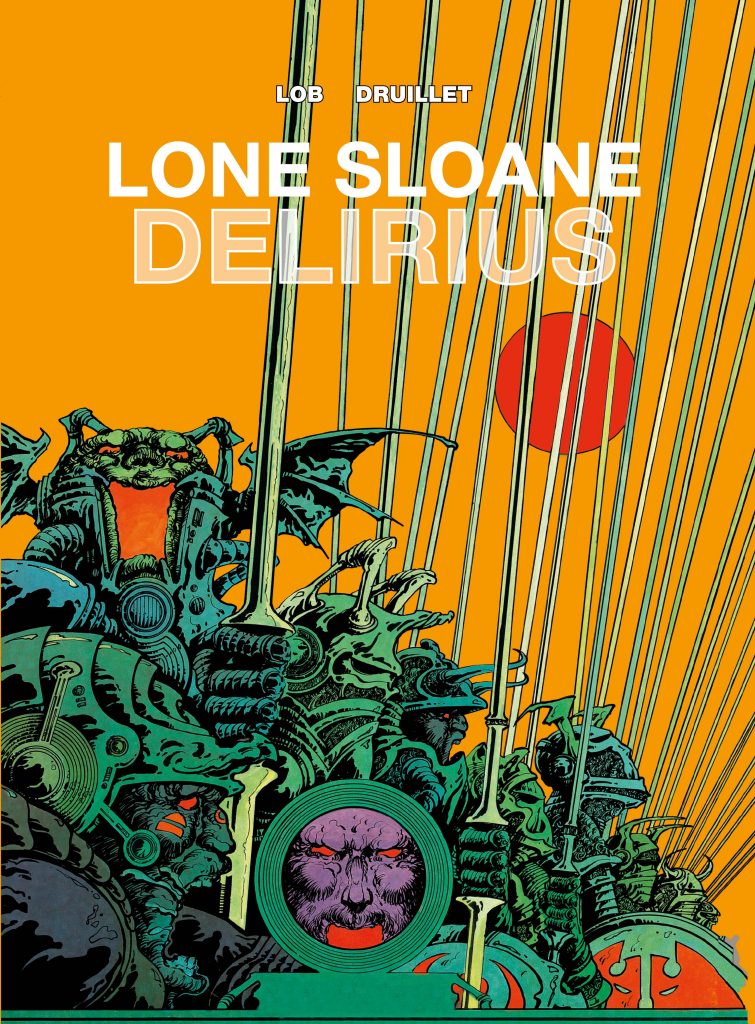 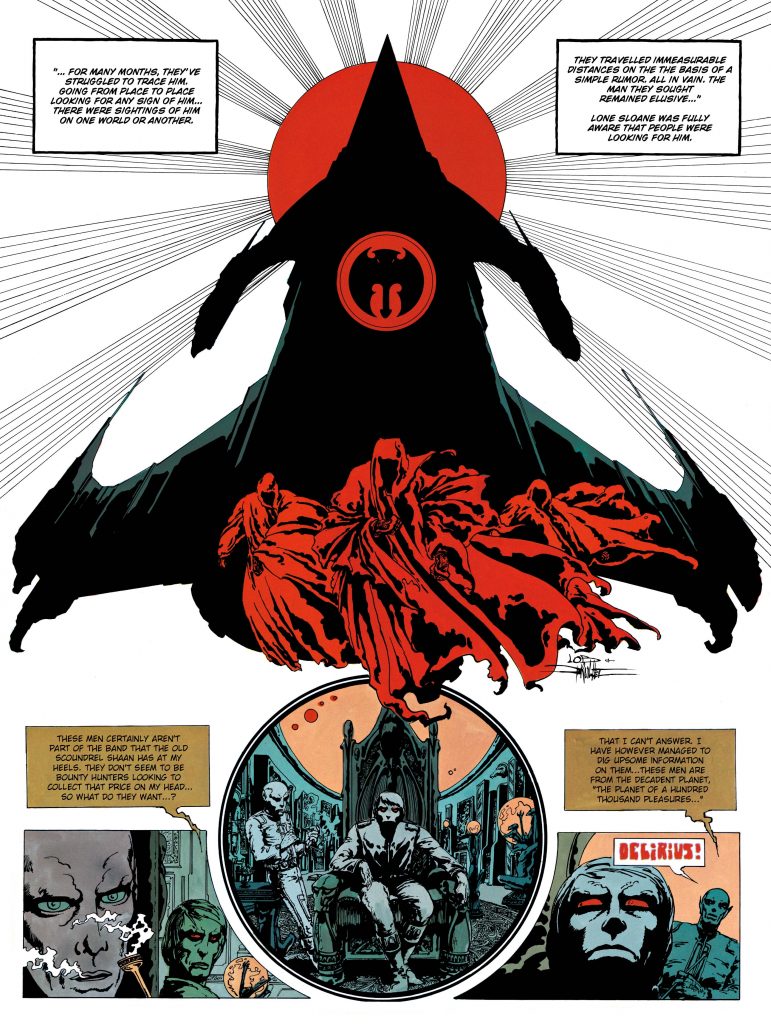 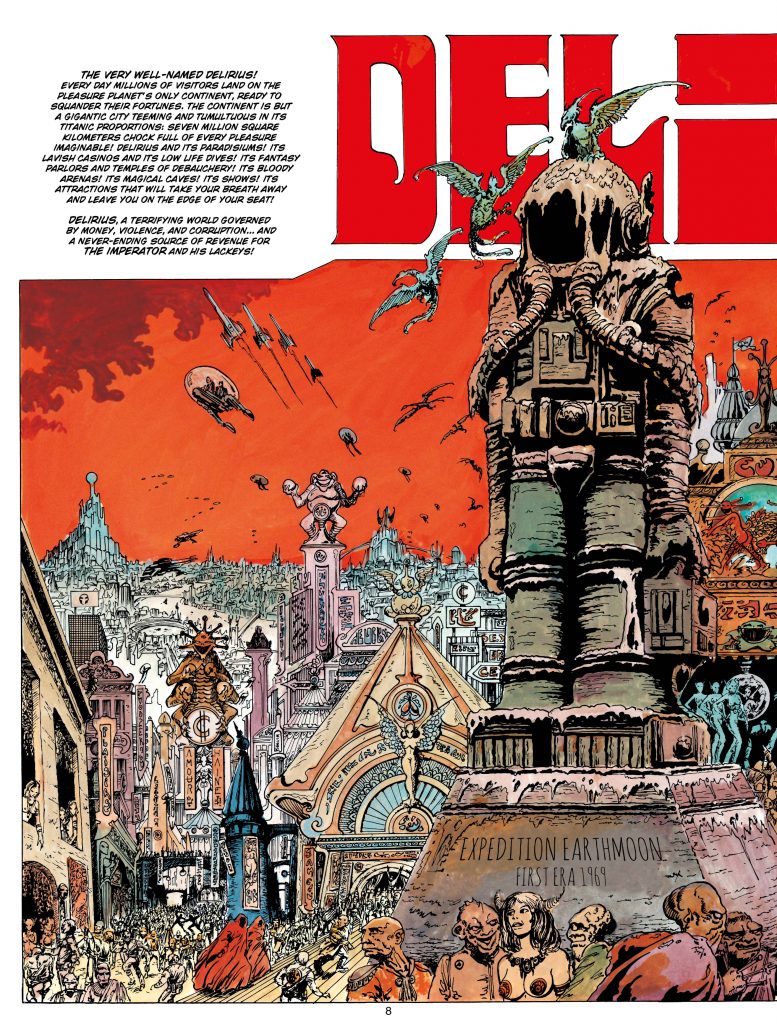 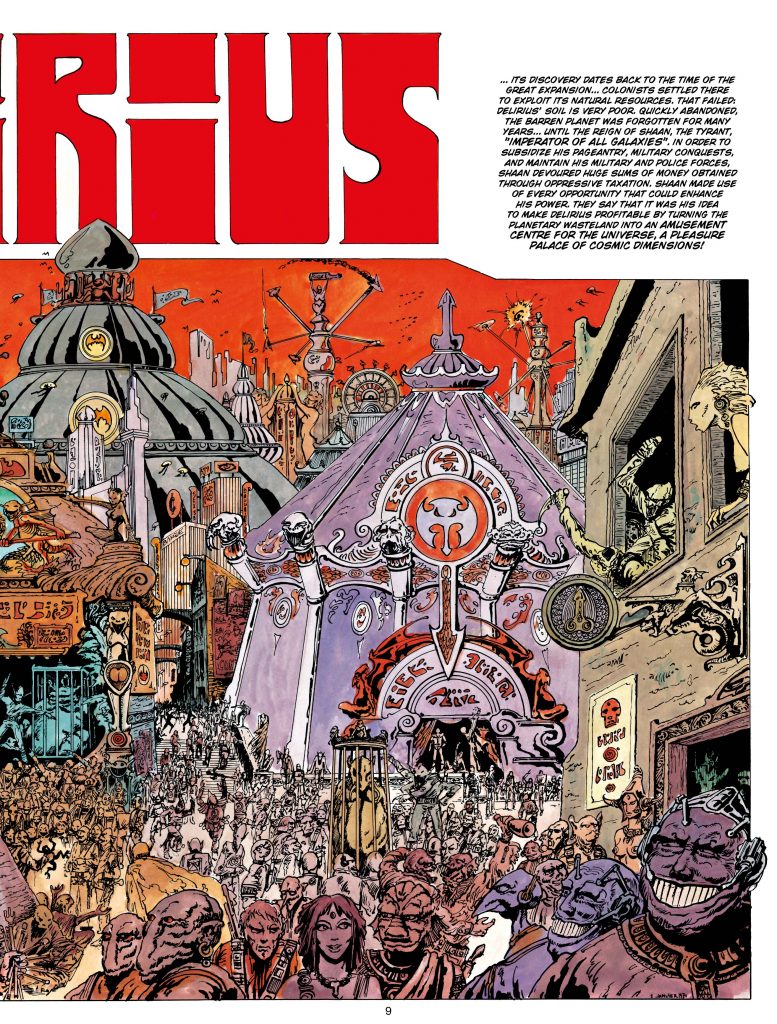 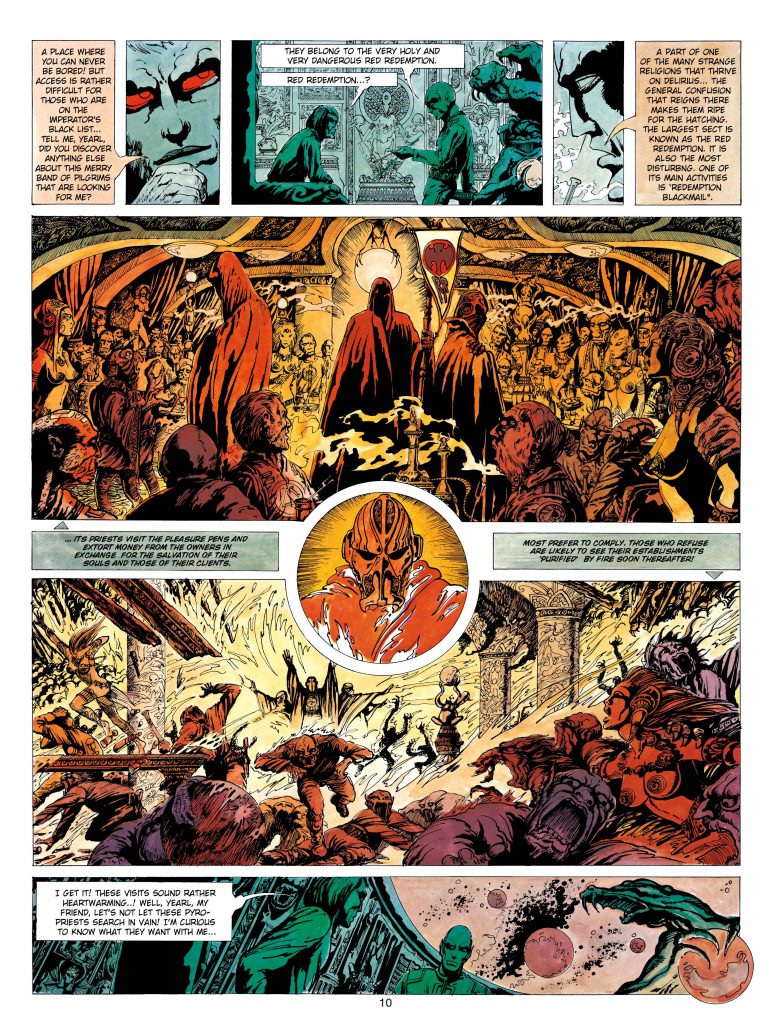