After being captured by the CIA, Abbey is coerced into helping them recover a briefcase. Unbeknownst to Abbey, the briefcase is in the hands of an enemy from her past. Will Abbey be able to recover the briefcase? How does it fare?

Writer Andy Hartnell continues the pattern of flashing back to a past experience in the first half of the book and then jumping ahead to the present in the second half of [easyazon_link identifier=”B017S79F12″ locale=”US” tag=”bounintocomi-20″]Danger Girl: Renegade #3[/easyazon_link]. The split timelines allow Hartnell to explore two dynamic parts of Abbey’s character. In the past, we get to see her in all of her Indiana Jones glory, hunting for treasure, solving ancient puzzles, and dealing with double crossers. In the present, she takes on more of a super spy role, using advanced technology, taking on top secret missions, and going on epic car chases.

Aside from Abbey’s dynamic characterization, Hartnell is able to connect the two timelines nicely as well as keep the focus on the overarching story arc concerning Abbey’s search for her father.

There are some mishaps with the dialogue. Abbey comes off as arrogant and snooty in a conversation with the CIA’s tech wizard, Merlin. Her attitude towards him is really unsettling and doesn’t seem to be the Abbey Chase we have become accustomed to in the previous two issues. 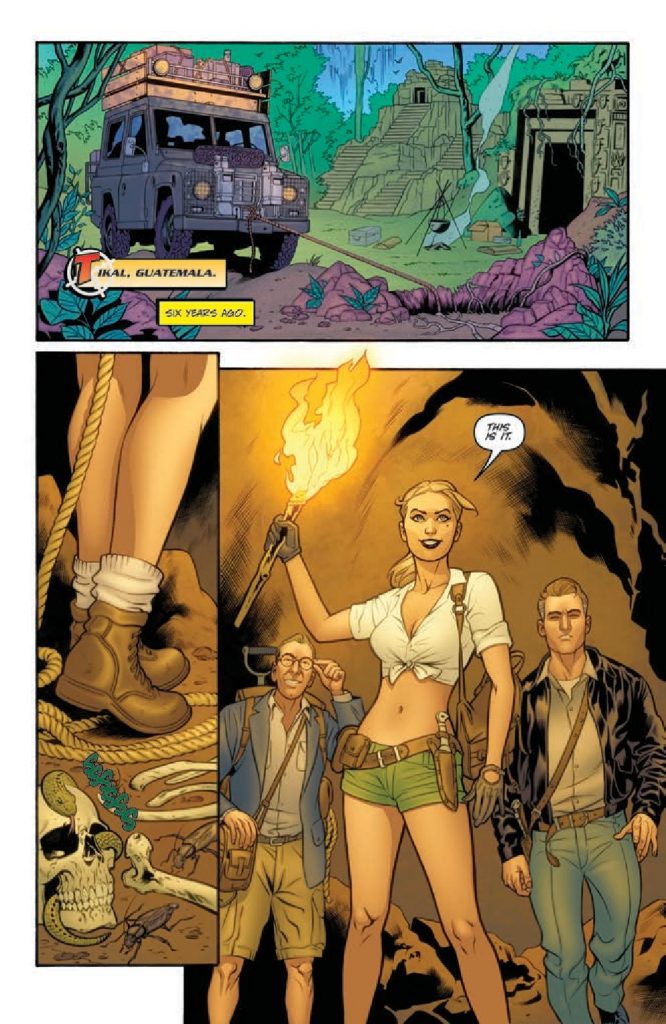 Hartnell also attempts to create some drama at the beginning of the infiltration mission. All of a sudden, Abbey decides she is going to walk off the mission right in the middle of it unless she is told what the mission is about. The contents of the mission are important to the overarching story arc, but it would have fit in better if this occurred before they were actually in country on the mission; the effect of the reveal would have been the same.

In addition to this plot issue, I struggled to understand Hartnell’s explanation for solving a trap inside an ancient K’aunkon Dynasty pyramid. It probably has more to do with the logic of the individuals who built the trap rather than Hartnell’s explanation. It appears they were being highly ironic when deciding how to disarm the trap.

Stephen Molnar’s artwork is what we have come to expect from the series. He is able to create a sense of fear and panic during the temple scene. There is a real threat to Abbey and her companions that he portrays through facial expressions, body language, and the look in their eyes. 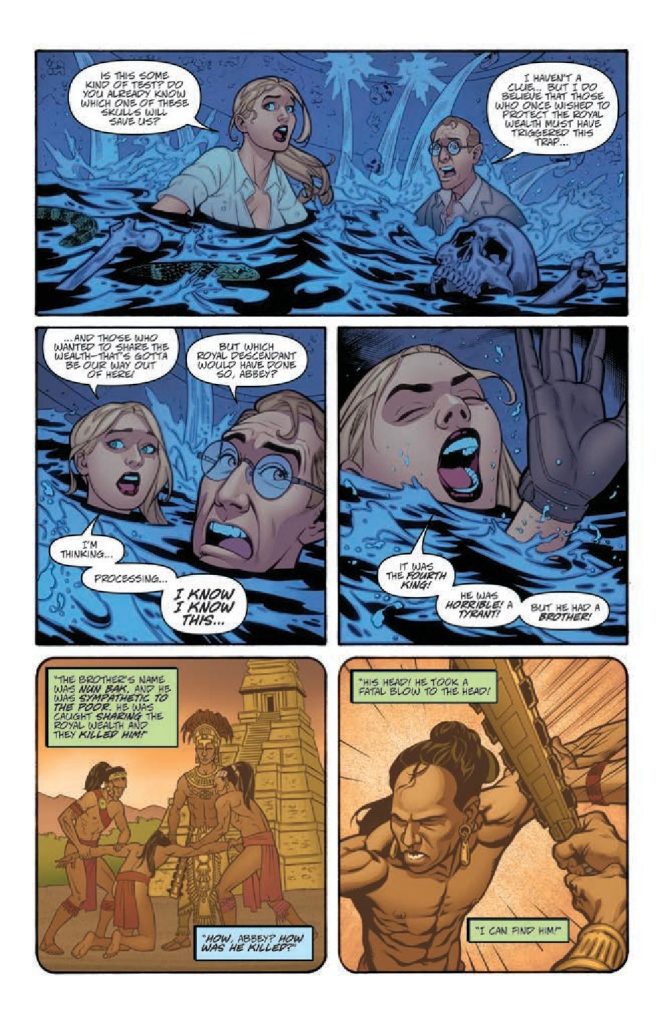 He also comes up with an interesting character design that fits perfectly into the story. It’s unfortunate we only get to see it on display in one panel, but that one panel is an awesome surprise. The action sequences flow extremely well and keep the tension high. You are on the edge of your seat during the chase scene, cheering for Abbey the entire time.

Not only is the action and adventure cranked up in high gear this issue, but Molnar and Hartnell also integrate some morbid humor, showcasing the stupidity and ignorance of some of the henchmen Abbey is tracking down.

[easyazon_link identifier=”B017S79F12″ locale=”US” tag=”bounintocomi-20″]Danger Girl: Renegade #3[/easyazon_link] continues the high octane adventure of Abbey Chase as she hunts for her father. Stephen Molnar’s artwork is exciting, keeping you on the edge of your seat. There are some mishaps in the dialogue with the temple puzzle and the threat of leaving the mission, but the overall story is enjoyable and hits all the right buttons for the action-adventure genre.