A SUPER-SIZED FINAL ISSUE FREE-FOR-ALL! THE VALIANT UNIVERSE COLLIDES WITH A MASSIVE CAST OF COMEDY ALL-STARS FOR UNITY’S 48-PAGE FAREWELL!

In the wake of BOOK OF DEATH…Unity is no more. But before Valiant’s elite superteam says goodbye, an all-star lineup of writers, artists, and humorists reveal the unusual, offbeat, never-before-seen, lesser-known adventures of Unity! The tales too incredible to believe! The missions too oddball for public consumption!

Think Bloodshot only joined the team long enough to fight the Armor Hunters? Discover his newly declassified Unity missions! You saw Faith help Unity fight their opposite counterparts, the United…find out how else she helped out the team! Remember that time Quantum and Woody’s goat joined Unity? No? Well, it happened! We promise.

Matt Kindt presents the grand finale to his acclaimed two-year run on Valiant’s premier superteam…but not before James Asmus (QUANTUM AND WOODY), Elliott Kalan (The Daily Show), Michael Kupperman (Tales Designed to Thrizzle), Donny Cates & Eliot Rahal (The Paybacks) and more put Unity through the wringer! Plus: the comics debut of writer/director, creator and host of the cult-favorite podcast The Best Show, professional chump-steamroller, Tom Scharpling! 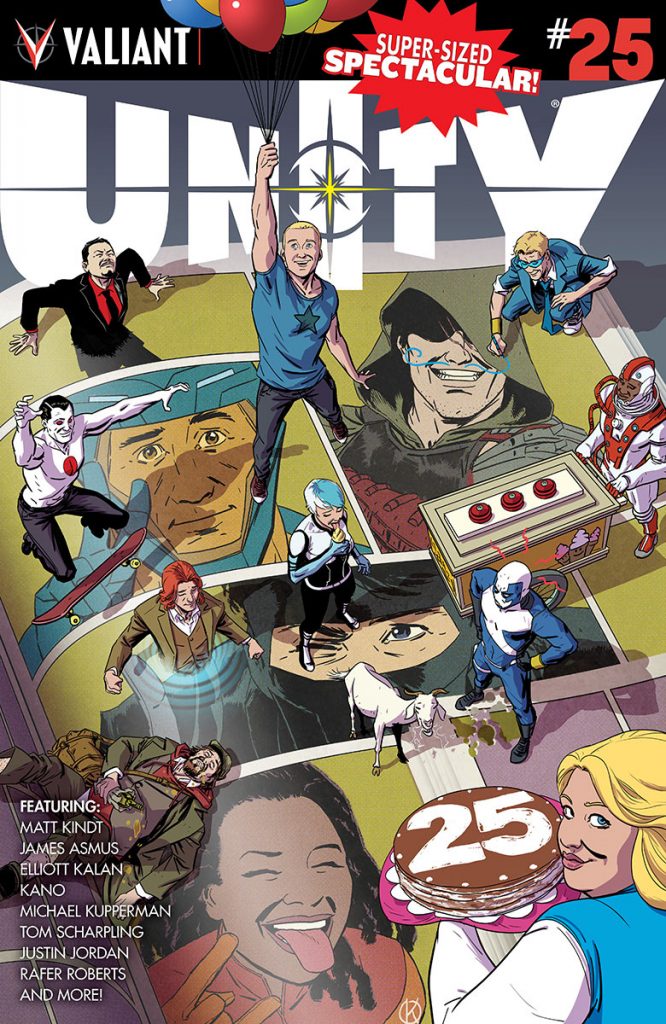 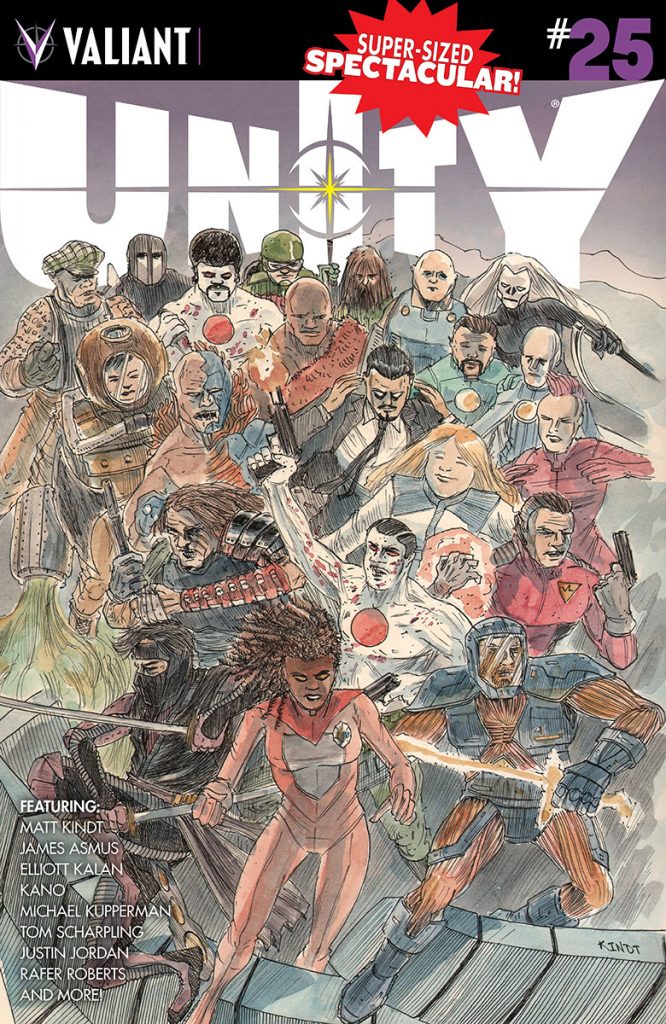 Cover B by Matt Kindt 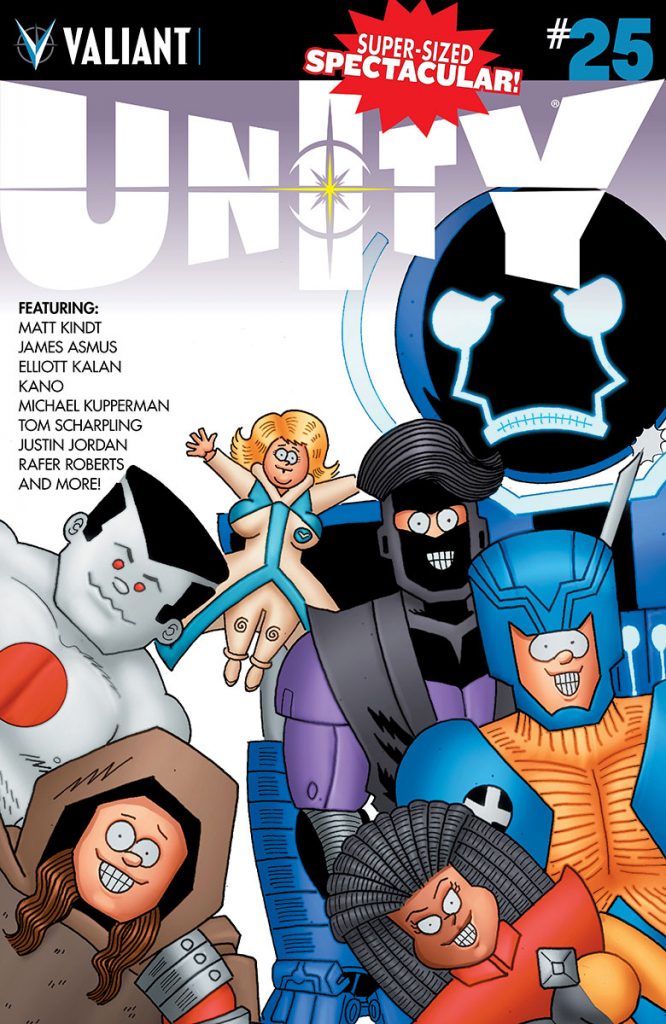 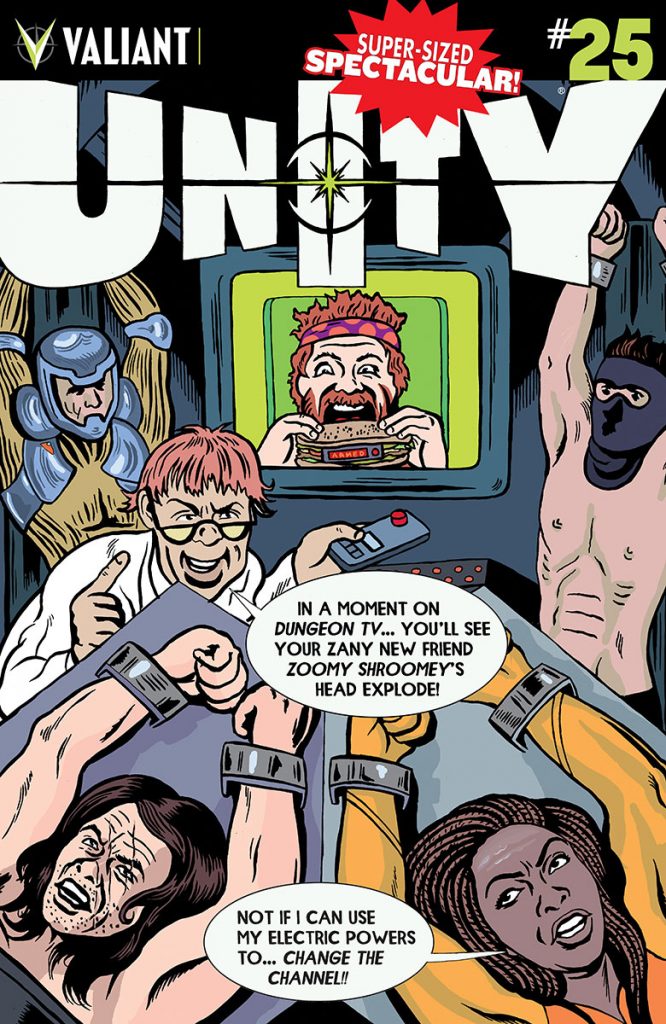 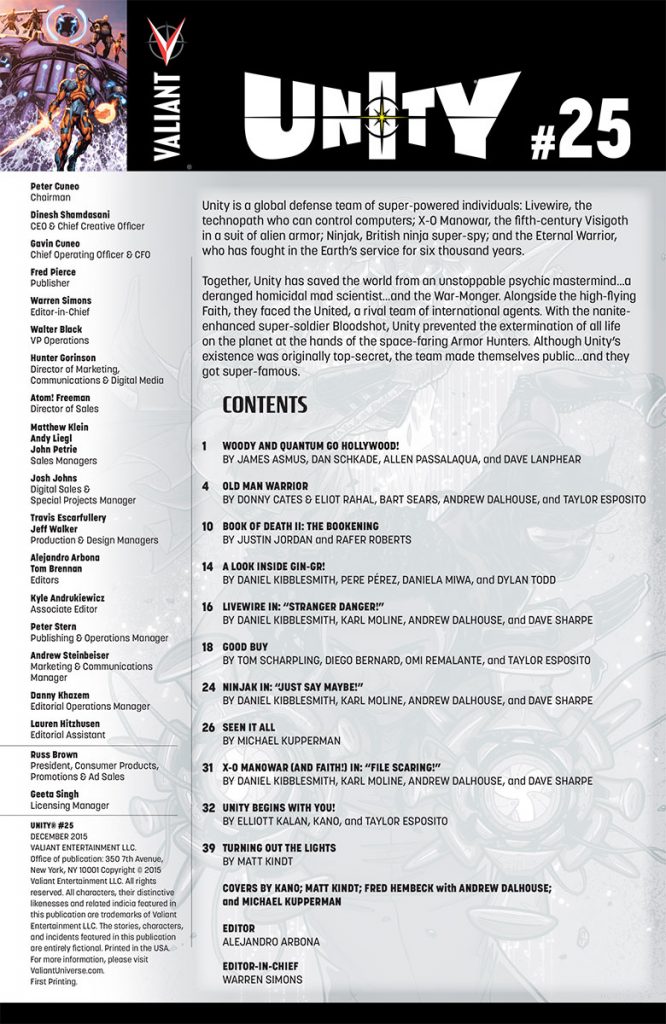 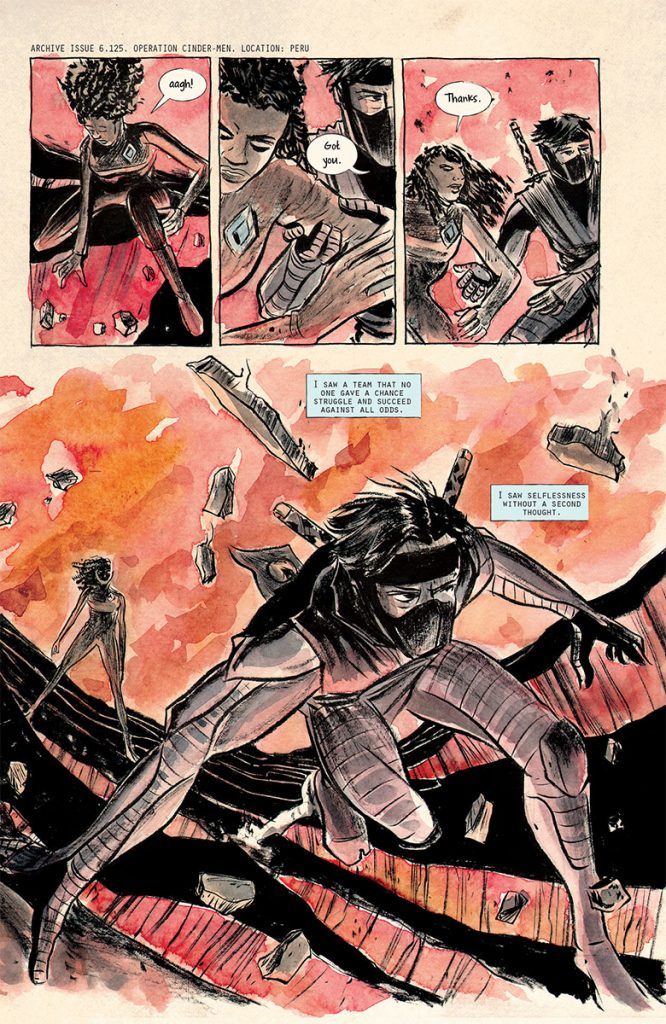 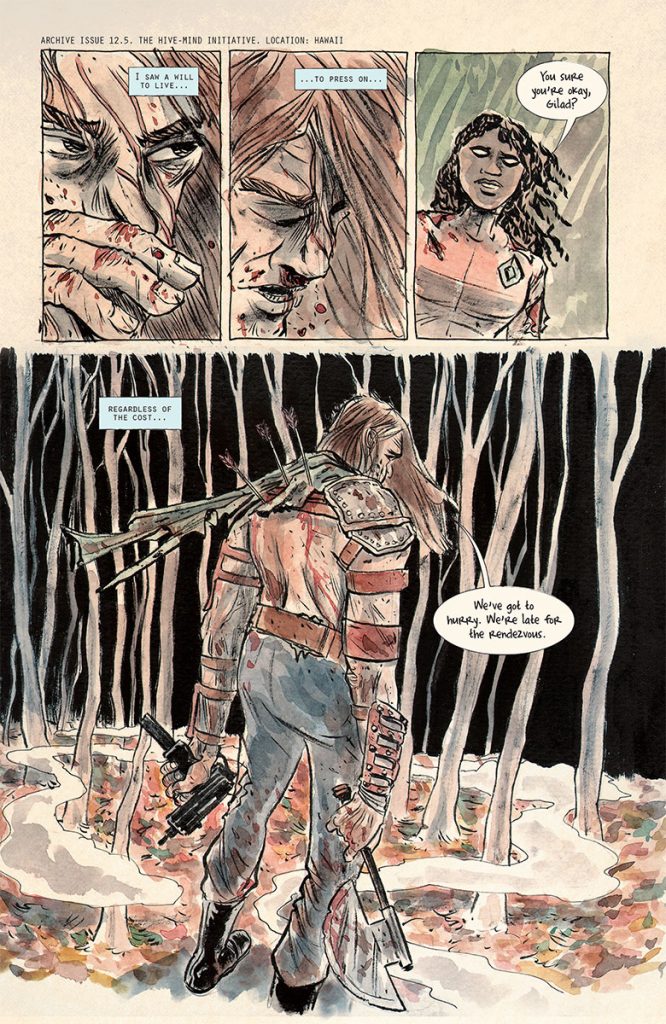 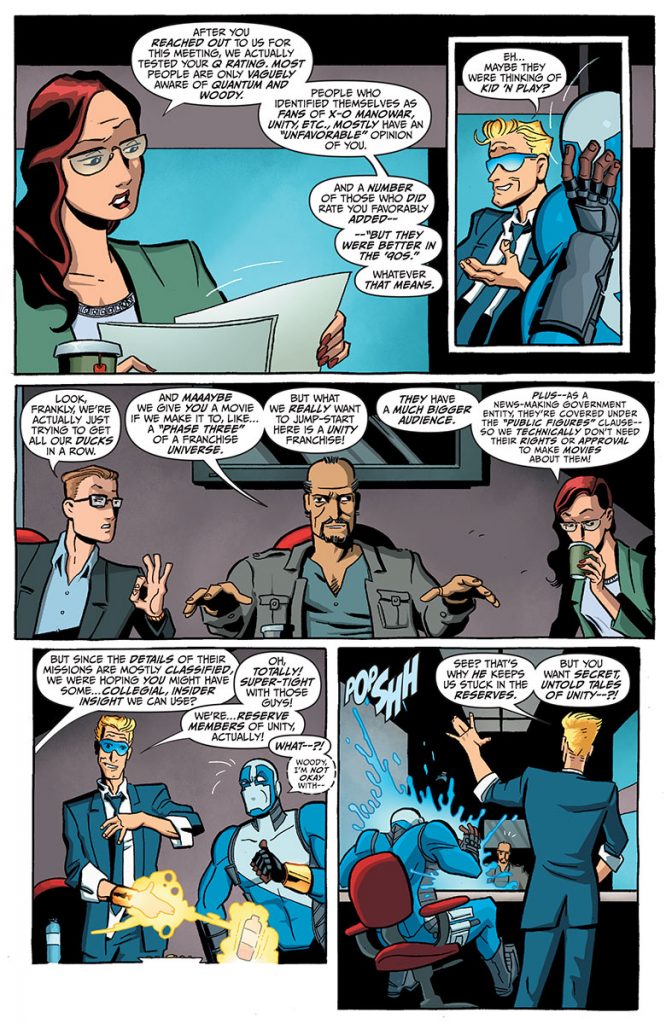 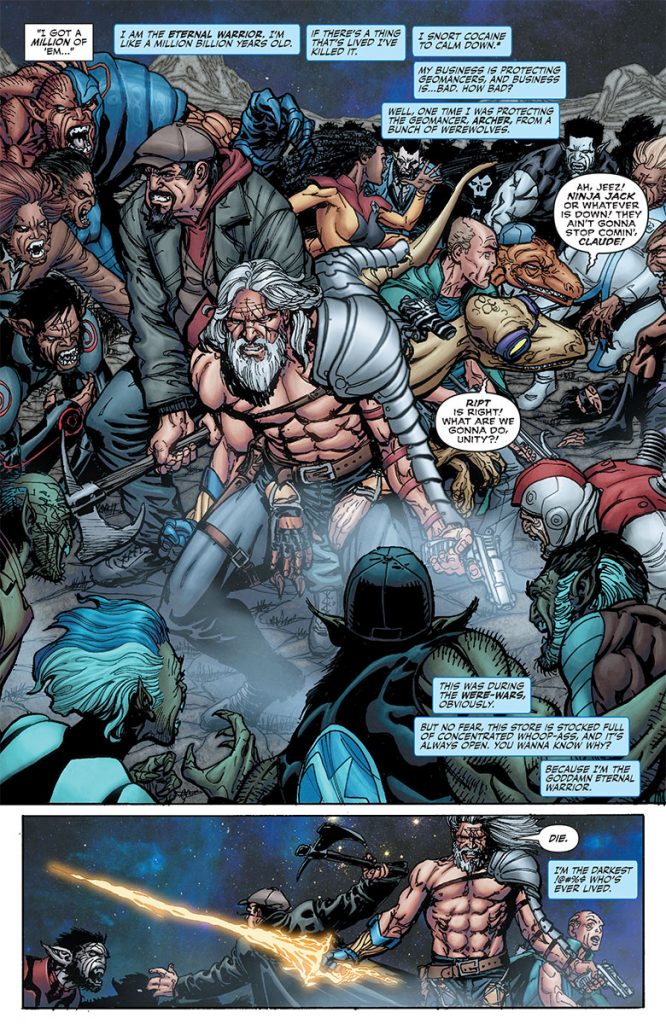 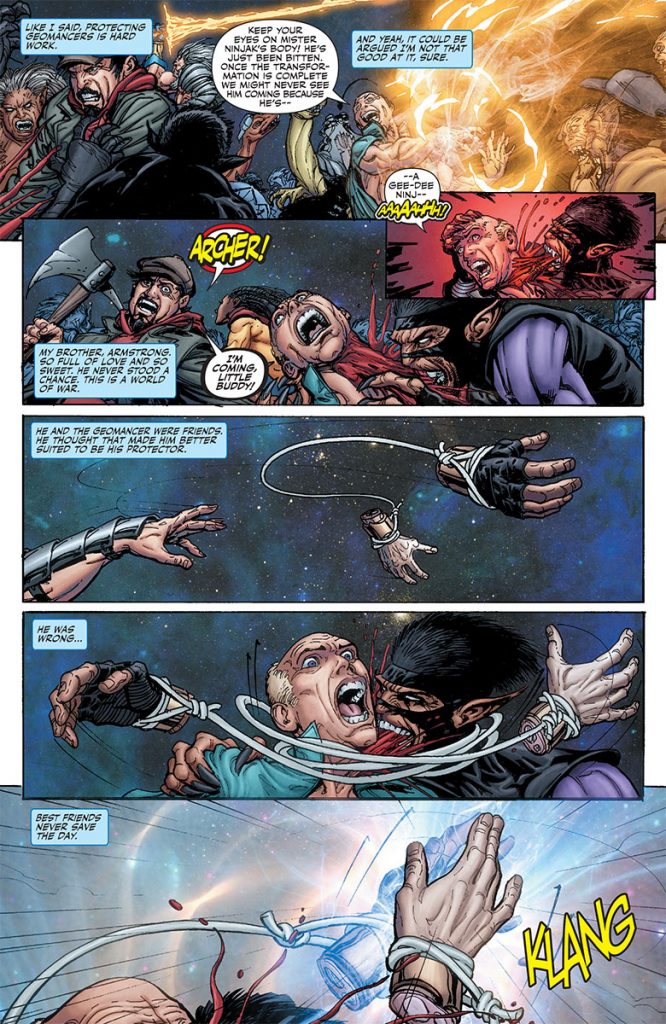 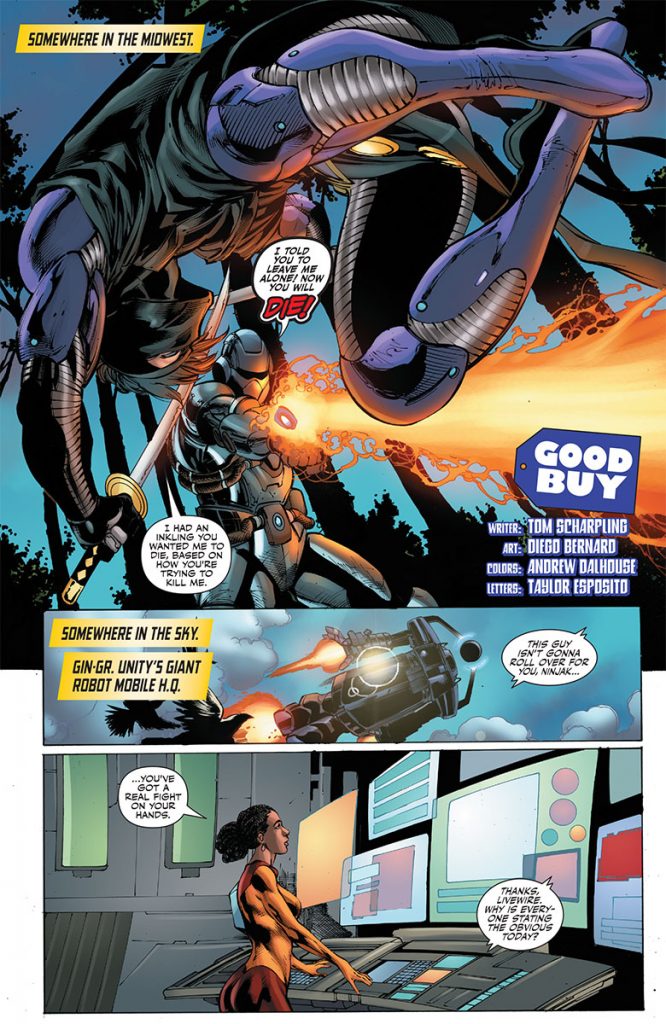 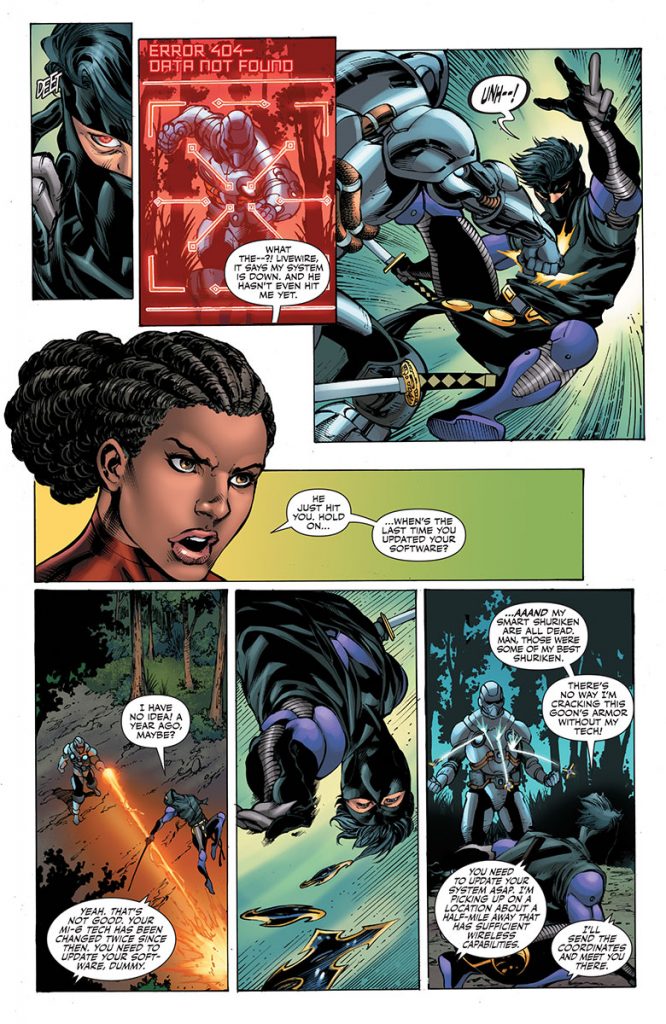 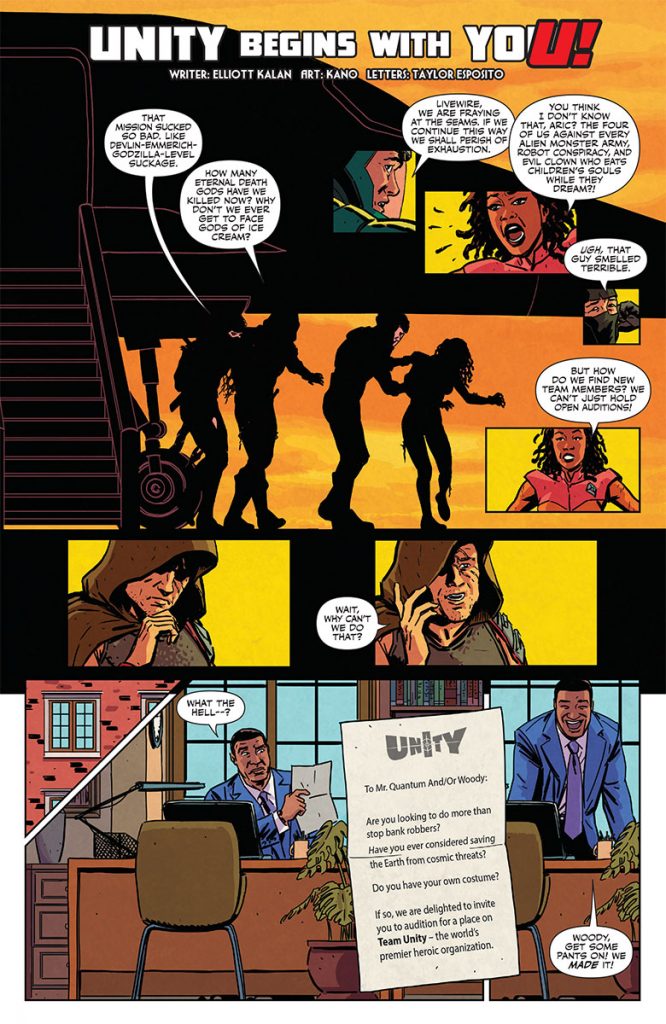 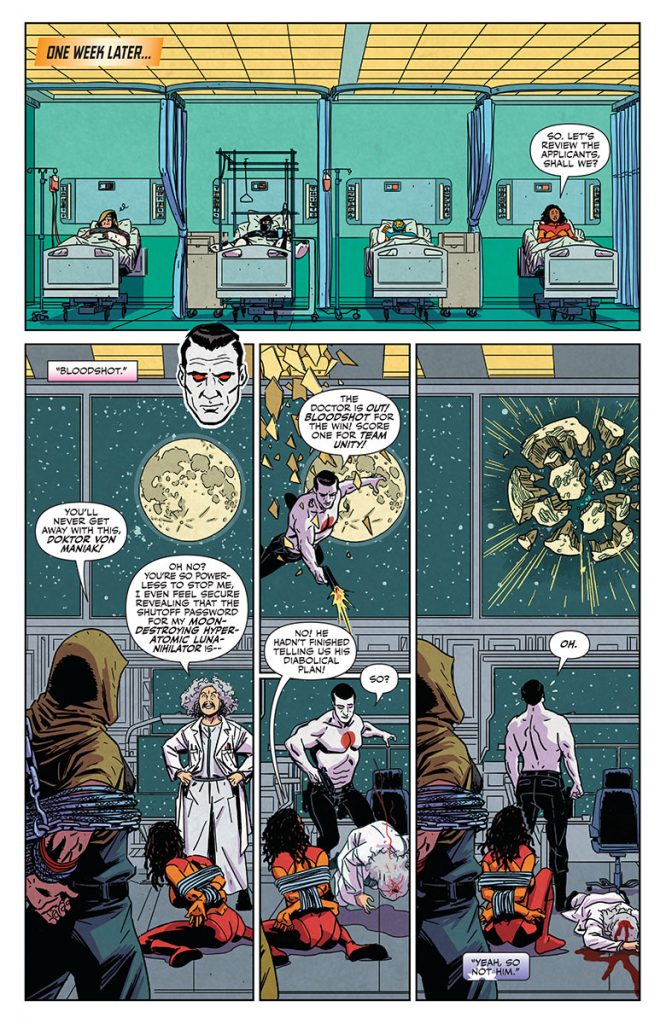 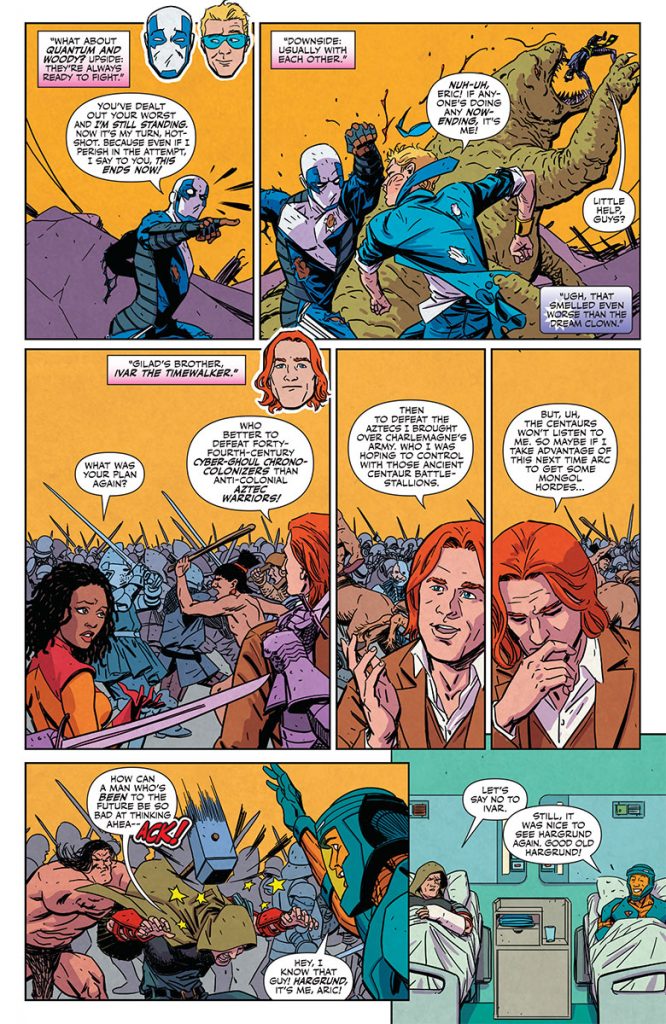