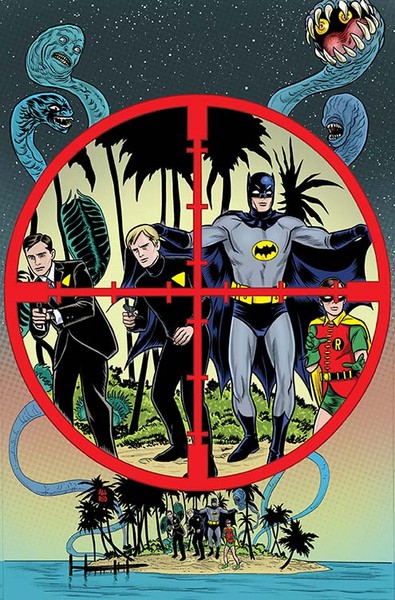 T.H.R.U.S.H.’s mysterious new leader puts Batman, Robin, Solo and Kuryakin in the ultimate death trap—a deserted island filled with deadly devices engineered by the likes of Poison Ivy and Scarecrow. Robbed of all of their gadgets, how will our crime-fighting castaways ever make it home alive? 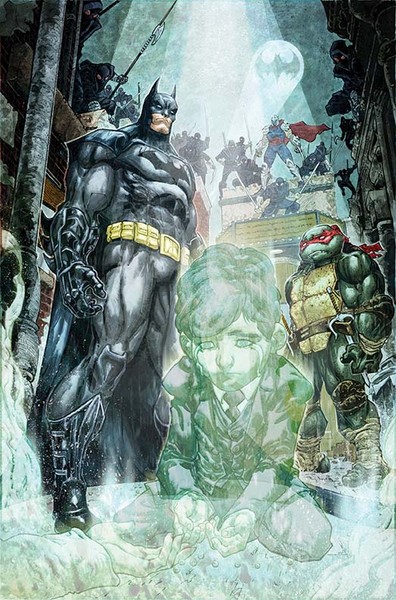 With the possibility existing that they might never get home, the Turtles take up residence at Wayne Manor. Everyone seems to be adapting except for Raphael, who still can’t understand why his friends all trust this Bat-person. So Batman takes the skeptical Turtle on a trip down Crime Alley to tell Raph what led him to don the cape and cowl in the first place. Co-published with IDW.
© 2015 Viacom International Inc. All Rights Reserved. TEENAGE MUTANT NINJA TURTLES, and all related titles, logos and characters are trademarks of Viacom International Inc. Based on characters created by Peter Laird and Kevin Eastman.

INJUSTICE: GODS AMONG US YEAR FIVE #5 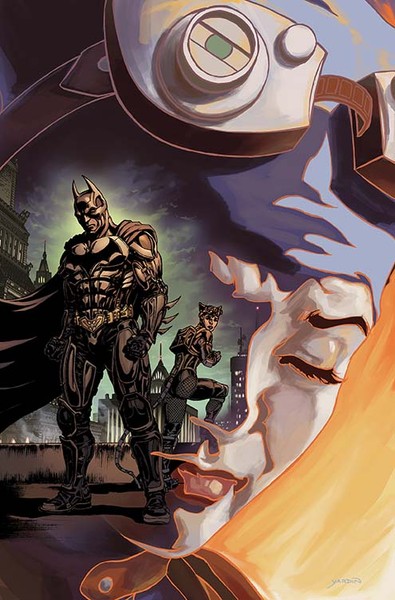 A major rift develops between Batman and Catwoman as she questions how his use of villains in the Insurgency makes him any better than Superman. Meanwhile, Bizarro takes on a bunch of bad guys, and Raven finally makes her return. But is she back to help Superman, or does she have another agenda?

INJUSTICE: GODS AMONG US YEAR FIVE #6

The moment everyone has been waiting for: Damian finally dons the costume of Nightwing. But what motivates him to do so—and what does he think it will accomplish? The answer may reveal itself when he encounters Catwoman, who seems to have returned to her criminal ways. Plus, Superman takes on Solomon Grundy! 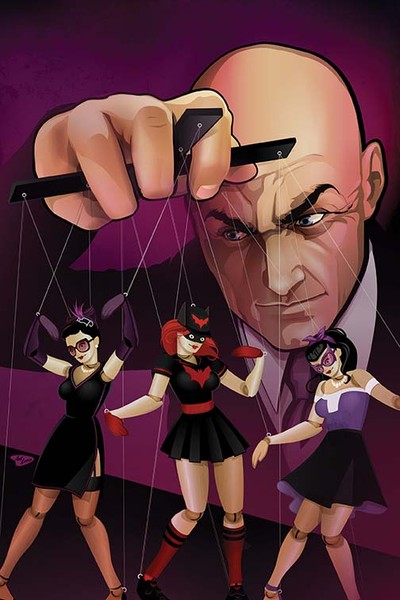 While Lex Luthor continues to manipulate events behind the scenes, Kate Kane remains in the clutches of the Nazi Edel Nacht, who lays out his plans for world conquest. The inexperienced Huntress is determined to go rescue her, with or without Catwoman’s help. And Zatanna makes plans to cause trouble in the outside world, even as she remains imprisoned in the Joker’s Daughter’s cabaret.

THE LEGEND OF WONDER WOMAN #3 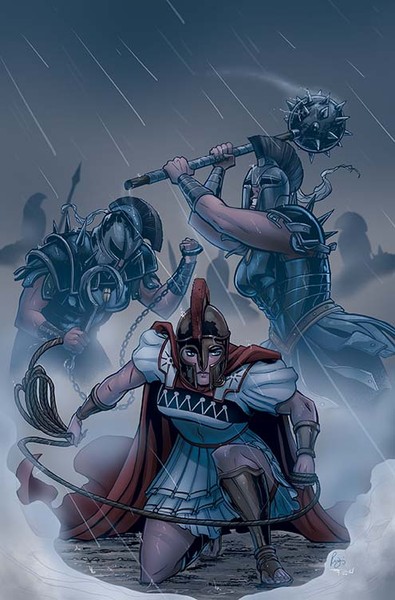 Themyscira comes alive with the sounds of Amazons on the hunt. Will they find their prey before Diana has a chance to rescue the outsider who fell from the sky? Hippolyta stands against her foes, and announces a tournament that will change Themyscira forever as the fate of the mysterious stranger hangs in the balance. 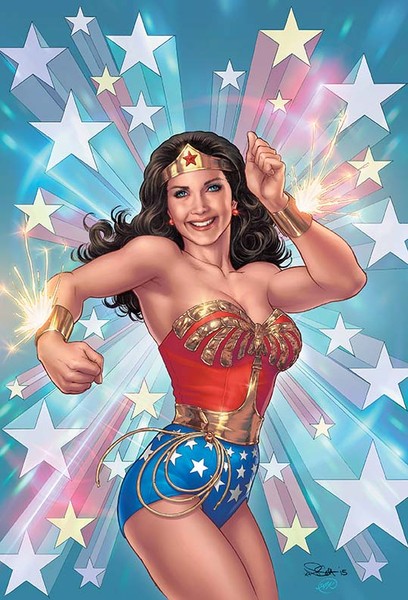 In “Claymates,” when Clayface finds himself crumbling and drying up, he seeks a cure by any means necessary! Can Wonder Woman stop him before he enslaves Paradise Island? Then, Diana and Steve go undercover in “Oceans,” where a diplomat crucial to the Panama Canal negotiations has dangerous plans! After a battle with smugglers at home, Wonder Woman is surprised to find a warehouse full of ivory. In Africa, she teams up with the local IADC to track “Orion the Hunter.” Finally, Federal Agent Diana Prince joins a Congressman and his aides to investigate a cult. “Reverend Mike Loves You,” but can you trust his plans for the future? 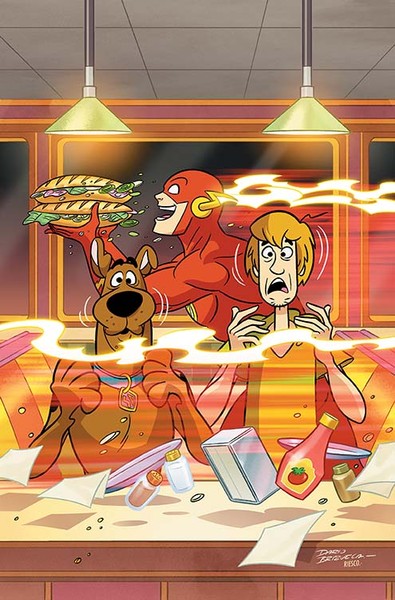 Written by SHOLLY FISCH
Art and cover by DARIO BRIZUELA 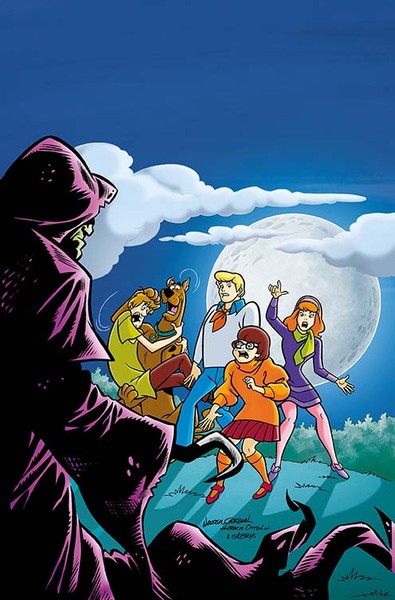 A late-night campout in the woods is bound to make Scooby and Shaggy nervous. Spooky campfire stories about a spectral madman with a hook for a hand are guaranteed to scare the bejeebers out of them. And when the guy with the hook shows up for real…? Gangway! It’s up to Scooby and the gang to trap and unmask the menace in the woods—that is, if they can stop running for their lives long enough to do it.