Previously in the series, five geniuses poisoned the 21st century and then furiously worked to prevent a terminal case of weird.

The new arc begins in New York with detective Vivek Headland taking on a case that invokes a murderous sandwich.

Ellis describes the new arc, “Injection #6 begins a new five-part volume. Volume 1 was largely about Professor Maria Kilbride dealing with ancient supernatural horrors. Starting here, Volume 2 is mostly about consulting detective Vivek Headland in New York City, dealing with the mysterious theft of a ghost. And also human ham.” He continued, “Eventually, the entire Injection team, the five eccentric geniuses of the old Cultural Cross-Contamination Unit, will be involved in a weird crime story that may also explain more about the Injection itself—the haunted artificial intelligence committing horrors in the dark.”

Declan Shalvey added his own thoughts noting the shift in focus to a crime story, ““With the focus of Injection shifting to Vivek Headland in Volume 2, the scope of the story becomes much wider.
An unconventional mystery warrants Vivek’s attention as some of the old team arrive in New York. If Volume 1 could be described as a strange sci-fi story, Volume 2 could be described as a strange crime story. Being Injection, of course, the emphasis is on strange.” 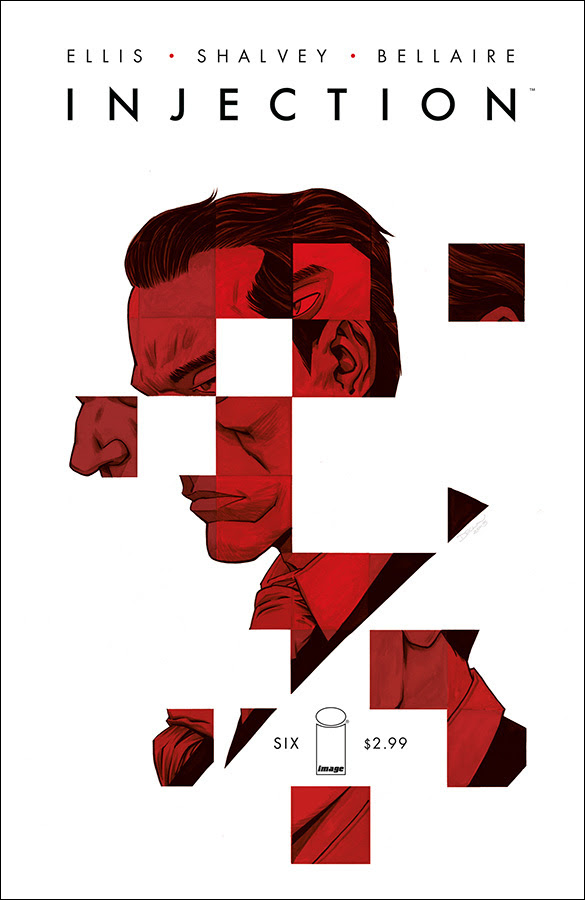 Cover B by Declan Shalvey and Jordie Bellaire 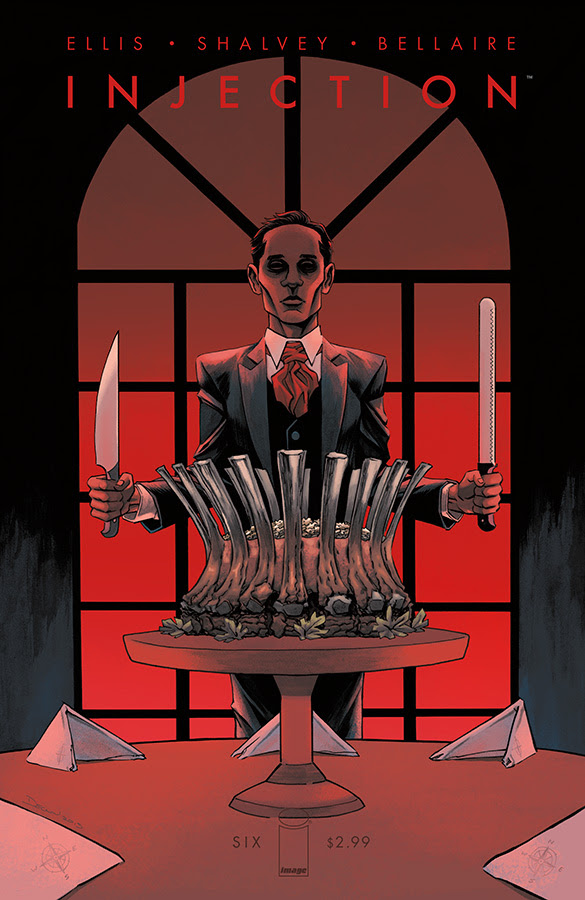 Cover A by Declan Shalvey and Jordie Bellaire