The Vine Plantings set their plan in motion to unleash Lord Vine 99 and assassinate Toyo Harada while he is vulnerable. Will they succeed in their plan or will Harada’s allies be able to stop them? How does it fare? 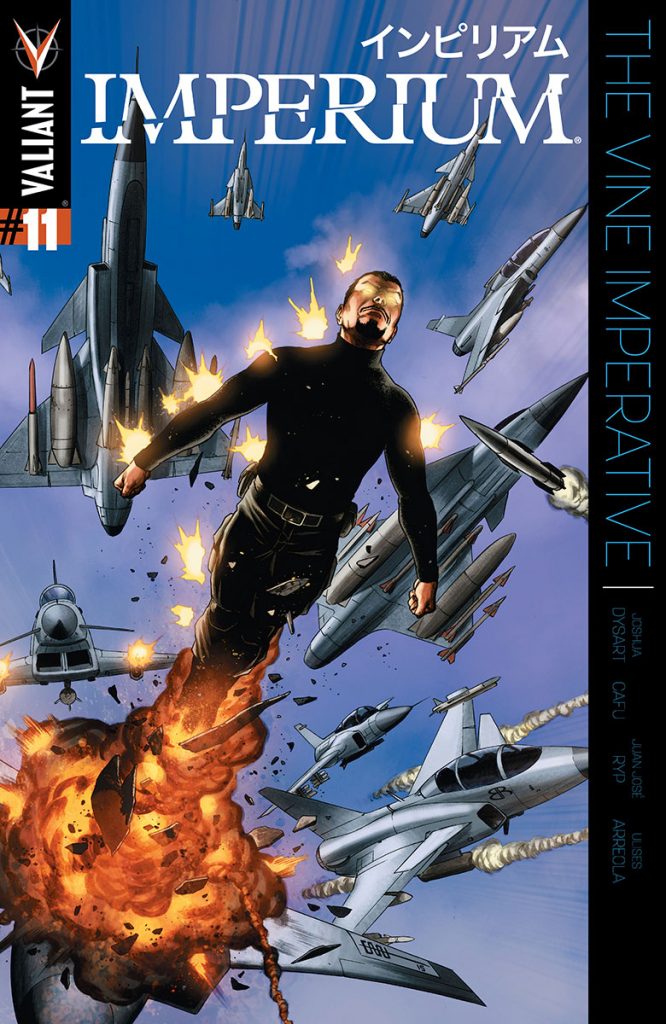 Writer Joshua Dysart continues to develop the current cast while also fleshing out the history between the Vine Plantings and Harada in [easyazon_link identifier=”B018C12W5E” locale=”US” tag=”bounintocomi-20″]Imperium #11[/easyazon_link]. One of the ways he has been delving into Harada’s team has been through the psiot Ingrid, who functions as the team’s psychologist. In this issue, she interviews Gravedog. During the interview, Dysart reinforces Gravedog’s forceful personality and blunt nature; but more importantly, he connects this story arc with the overall theme permeating the series, the ideals of Harada’s mission and the morality of his utilitarian methods.

The biggest character progression is the introduction of a major weakness to the seemingly invulnerable Harada. However, Dysart doesn’t really explain what the actual weakness is. He leaves it shrouded in mystery for now, providing an excellent bit of bait to keep us reading. 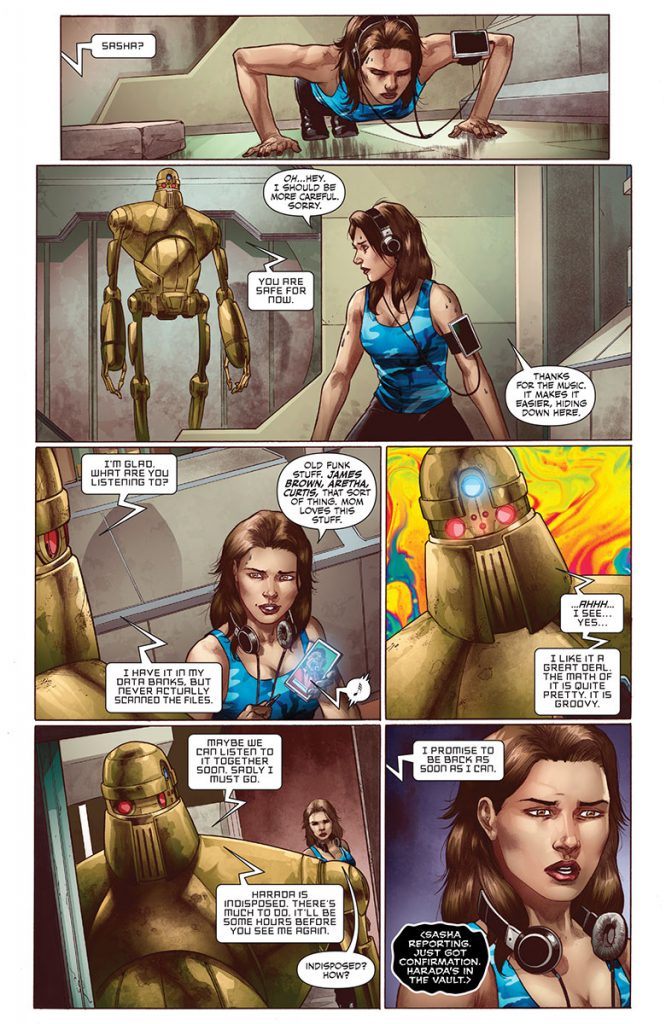 Dysart’s dialogue is what we have come to expect, very good. In one key moment, he builds on Mech Major’s already compassionate character, while also using the dialogue to drive the plot forward. However, Dysart struggles in this issue with transitions. The switches between Harada’s team, the Vine Plantings, and Sasha are abrupt. Dysart just throws you from one to the other. It catches you off guard and makes you feel like you might have missed something.

One of the strong points throughout Imperium and the Valiant universe in general is the ability to deliver extremely emotional scenes. Dysart delivers the most emotional scene yet in this issue that will first leave you stunned and then break your heart. It might even put you in tears.

Cafu and Juan Jose Ryp split art duties with Ryp on the flashback 1968 scenes and Cafu in the present. The different art styles provide a clear distinction between the two timelines that makes it easy for us as readers to adjust. Both have their strong suits and I am a big fan of Ryp’s landscapes and overall geography. He adds these small nuanced lines that increase the violent nature of the scenes. In one close up shot of LV-99 you can see the small pencil marks he makes on his face that really amplify his horrific nature. However, there are some issues with Ryp’s flashback scenes where heads don’t appear to be sitting naturally on character’s bodies or are smaller than what they should be. 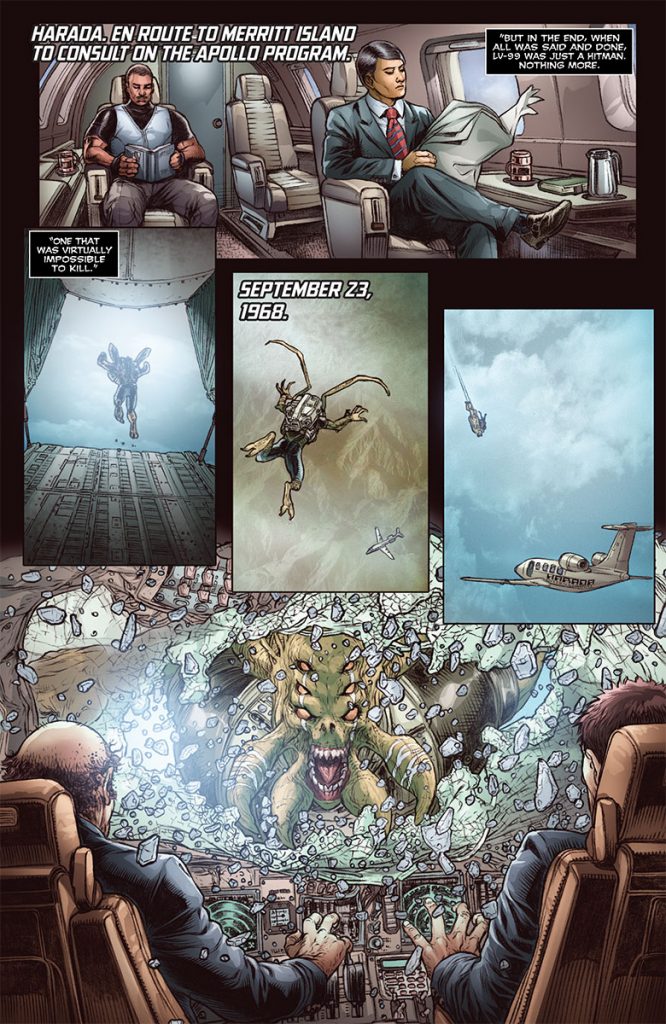 Cafu’s artwork is dark and brooding. He uses plenty of shadows to set the mood. His action sequences are tight and flow well together. He really excels with the facial features on Ingrid and Sasha, the one showing determination, while the other fears for her life. He is also able to give Ingrid a different emotion on each panel from shock to resolve to fear and finally to awe. It does a wonderful of matching Dysart’s dialogue and showing the quick character progression that can take place during a short fight.

[easyazon_link identifier=”B018C12W5E” locale=”US” tag=”bounintocomi-20″]Imperium #11[/easyazon_link] is another good entry in the series. Dysart continues exploring the characters, even introducing a major weakness to Harada. There are a ton of strong emotional moments, and one that will utterly crush you. The book did struggle with transitions and thus flow moving from one part of the story to the other.

The artwork by Ryp and Cafu was great. The two different styles provided a clear distinction between past and present. It also allowed Ryp to showcase the explosive violent nature of LV-99, while Cafu’s was more dark and brooding with tight action scenes. Imperium continues to be one of the best books on the shelves.