With Disney buying Star Wars for $4 billion dollars it has reinvigorated the franchise spawning a ton of new movies from sequels to anthologies the first being Star Wars: The Force Awakens which will be open to the general public late tonight. The acquisition also allowed Marvel, which is also a subsidiary of Disney, to begin publishing in-canon stories. Many of the stories have been very good and have filled in key plot points within the original trilogy. They have introduced new characters such as Sana Solo and fleshed out other characters like Lando Calrissian and Kanan Jarrus. Today, as Star Wars: The Force Awakens is upon us, I am counting down the top five new Marvel Star Wars comic moments.

5. Han and Leia Commandeer an AT-AT during the Battle of Cymoon 1 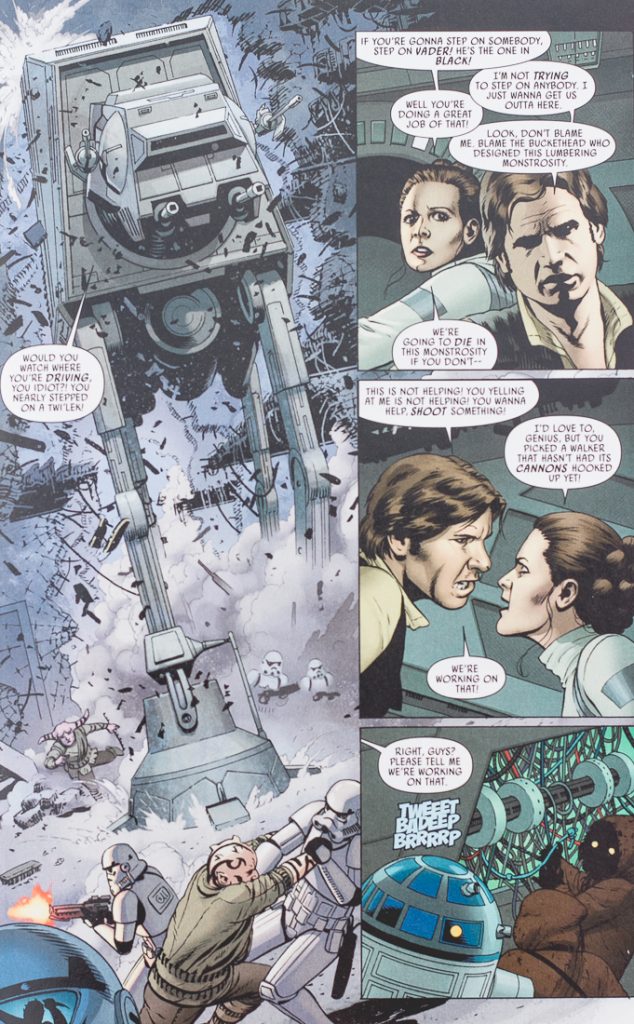 The entire battle of Cymoon 1 which spans the first arc of the new Marvel Star Wars series is extremely fun and exciting. It captures the camaraderie and feelings of the original trilogy. The scene with Han and Leia commandeering the AT-AT allows us to be reintroduced to these amazing characters with the witty banter between Han and Leia that we have all come to love. I also exemplifies the fly by the seat of your pants strategy of Han Solo. He is making do with what he has and makes the best of it. Not to mention it conjures memories of Chewie stealing the AT-ST in Return of the Jedi. 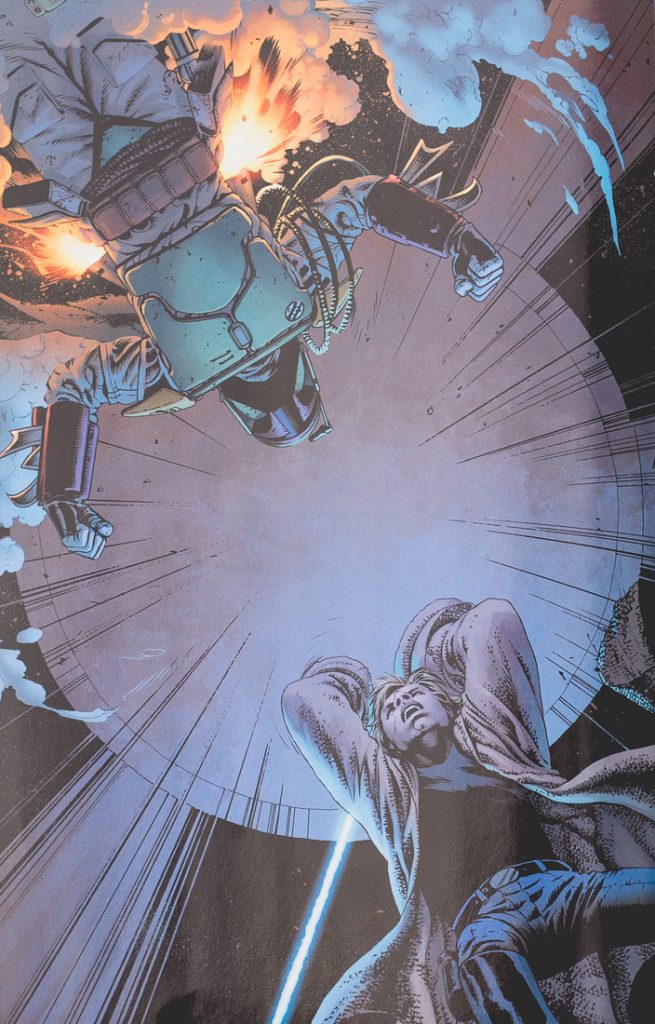 After the death of Obi Wan Kenobi in the original Star Wars, now dubbed Star Wars: A New Hope, Luke has a ton of questions about the Jedi and the Force. He wants to learn more and continue his training, but he doesn’t know where to start. He returns to home to Tattooine in an attempt to learn more about Obi Wan Kenobi and the Force. Unfortunately, the Empire is hot on his heels in an attempt to discover the identity of the pilot who destroyed the Death Star. This leads Luke into the treacherous path of Boba Fett. Their fight is fantastic and displays Luke’s affinity with the force and showcases Luke’s training he performed on the Millenium Falcon.

3. Vader Uses The Force To Destroy X-Wings in Space 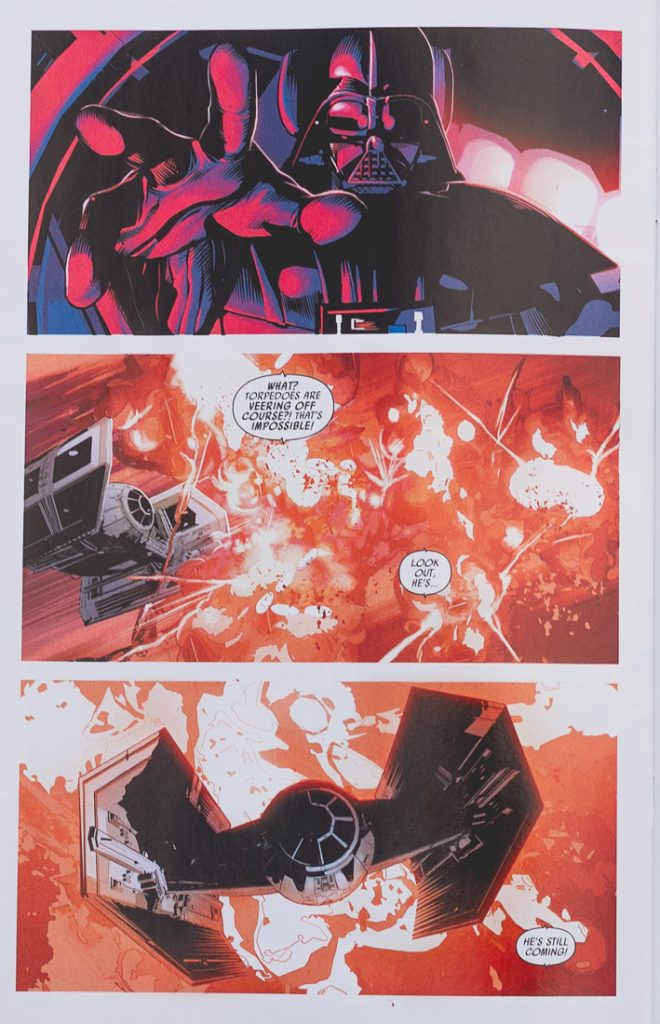 We’ve seen Luke use The Force to accurately hit the Death Star’s thermal exhaust port which was the size of a womp-rat, but seeing Darth Vader use The Force to take out full squadrons of Rebel fighters is truly magnificent. It truly shows how powerful he really is as he obliterates the Rebel forces. The only person who can stand in his way is Luke, who even with his abilities resorts to desperate and suicidal measures in order to stop Vader’s carnage. 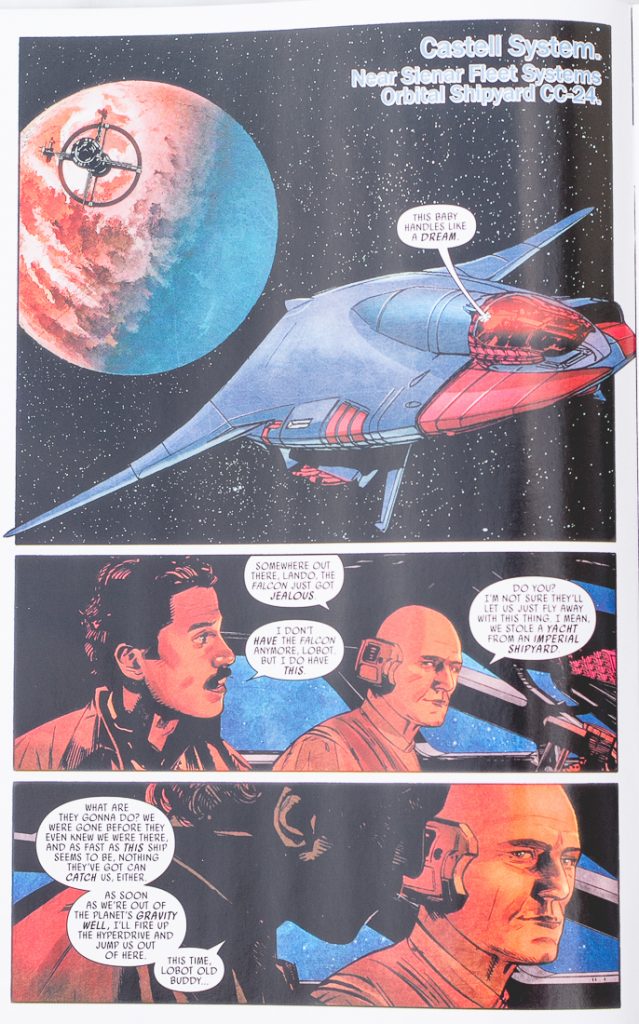 This entire story arc by Charles Soule and Alex Maleev was brilliant. It made my love for Lando even greater if that was possible. We get to see his cool as a cat gambler mentality on full display, but it is also tempered with the love for his friends that we got to see in Empire Strikes Back and Return of the Jedi. We also get to his brilliant strategic mind at work and his wonderful charisma. He uses his charisma to recruit a top notch crew and then crafts a perfect strategy to steal the Emperor’s own ships, but while stealing the ship might have been easy acquiring the ship’s treasure is a whole different story. This was definitely a top moment in exploring one of the best Star Wars characters there is!

1. Darth Vader Discovers that Luke Skywalker is his Son 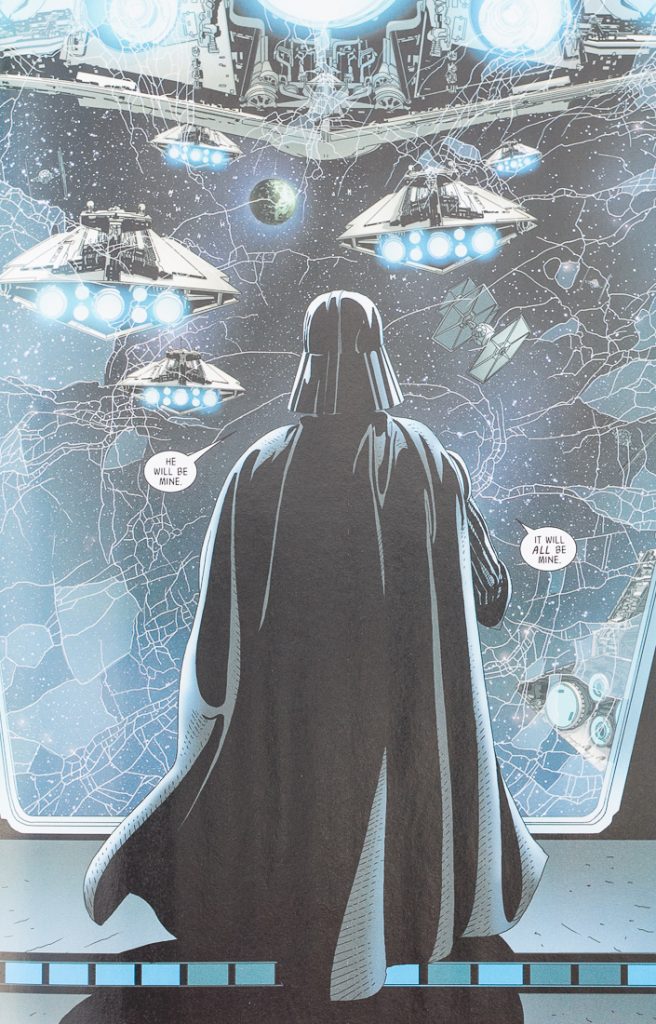 This scene was so impactful they used it not once, but twice in Darth Vader #6 and Star Wars #6. You can see Vader’s rage exploding from within him. It’s almost like he is becoming even more powerful in the Dark Side as his hate for the Emperor grows. Not only does his hate grow, but he also begins to truly strategize on how to defeat the Emperor once and for all.

Well that raps up the five best moments as of December 17, 2015. Are there any that you think should be included? Or do you disagree with the numbering? Tell us what you think!