A terrorist attack rocks a mega-church, killing over 6,000 people. The FBI chases down every lead imaginable in order to find out who is behind the attack before they strike again. However, their evidence unveils a shocking revelation and the team may find themselves in the crosshairs of the terrorists. How does it fare? 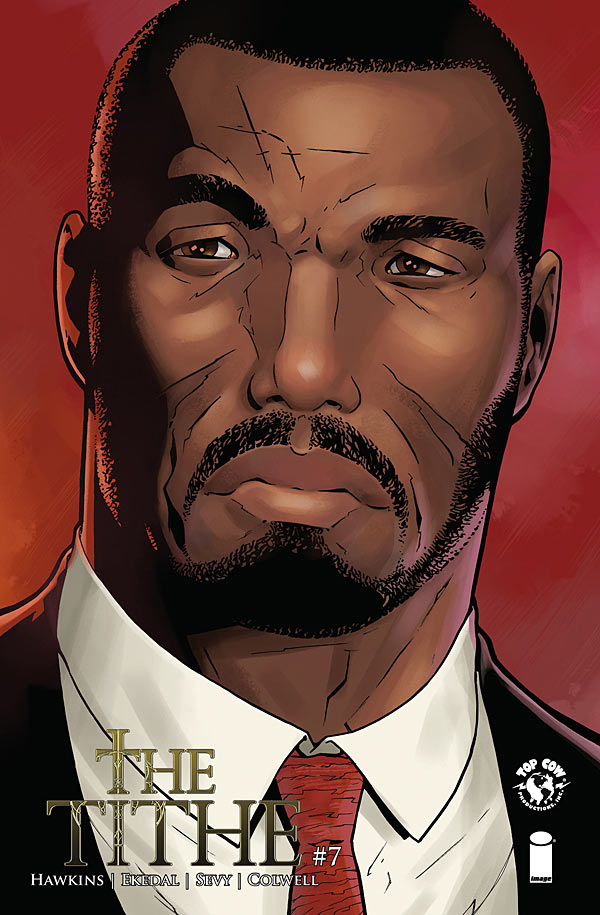 After reading IXth Generation and Symmetry, I decided to check out one of Matt Hawkins’ other books, The Tithe, and I decided to jump head first into The Tithe #7 without reading anything prior. I’m happy to say, I didn’t feel like I was missing out on much of anything. The Tithe #7 is a well written, self-contained issue with a politically charged plot and some solid characters.

The plot follows a familiar one if you watch any crime drama on television such as Law & Order or NCIS and even The Flash. A villain commits a heinous crime, and the good guys have to track them down and stop them. What makes this plot really stand out is its use of politically charged material. It wades into the current War on Terror and national headlines regarding Islam and it does so in dramatic fashion with an opening scene that will fill you with a mix of emotions from hate and anger to sadness and grief.

Adding a secondary dimension to the plot are Matt Hawkins and Rahsan Ekedal’s intriguing characters, consisting of Dwayne Campbell, James Miller, Samantha Copeland, Jim Thornton, and Senator McKitrick. While the Senator is a stereotype of what you get in the national media, the FBI agents consist of two former hackers who also are romantically engaged. The romance is a nice touch and provides a moment for Hawkins and Ekedal to move away from the main storyline and examine their characters from an emotional standpoint. While the way they deal with their romantic relationship is generic, it does allow us to easily connect with the characters and understand what they are going through. 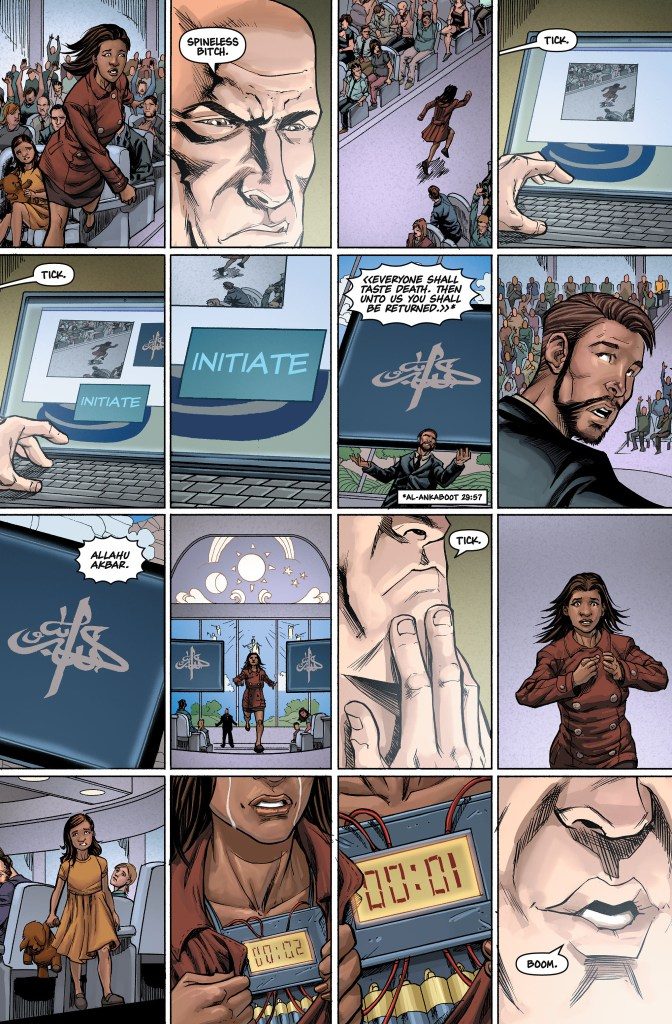 As far as the actual writing, it was solid. However, there were certain lines of dialogue that could have been put in more ideal locations for greater impact. I also felt the relationship dialogue wasn’t fleshed out as much as it could have been. It seemed hastily put together and, while it allows you to connect to the characters, it didn’t seem all too believable. The dialogue was abrupt and it seemed there was something left being unsaid in the conversation. I am confident this dynamic will be explored in upcoming issues.

Phillip Sevy’s artwork is serviceable. There is a point where a certain character should have had tears in their eyes based on the dialogue, but there is not a hint of water until the next page and the effect of the tears feels a little watered-down. There are also a number of other minor errors such as having two bullet shells lying on the ground when he only depicted a firearm going off once.

He does make good use of 12- and 16-panel pages leading up to a splash page to great effect. It really allows him to get the maximum amount of emotion for the splash page as the moment has been slowly building up. 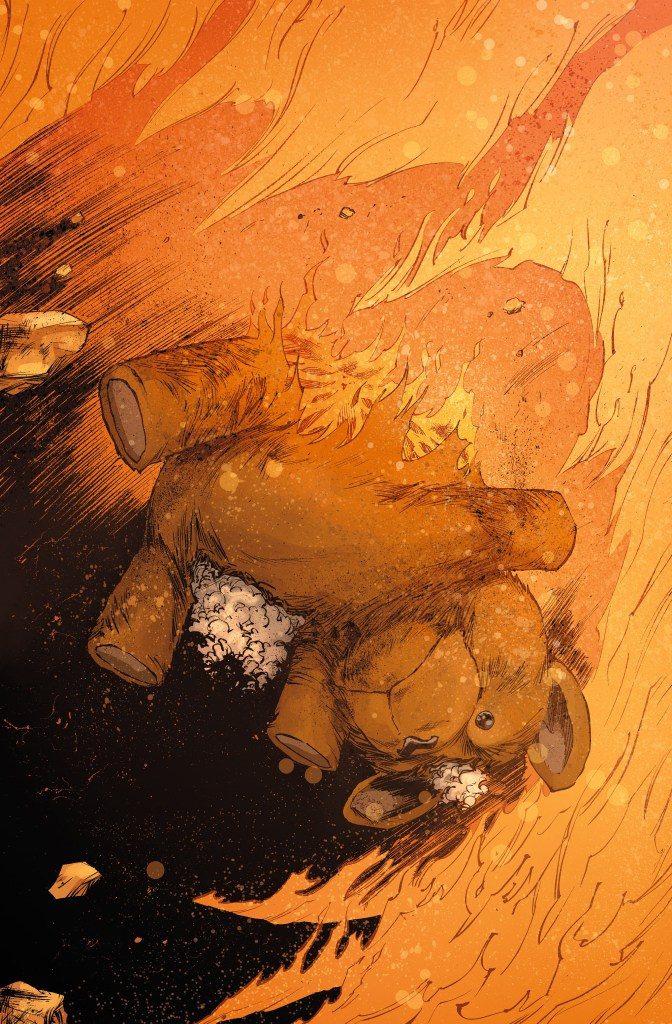 His facial expressions are pretty solid and convey the characters’ emotions pretty well. He is able to capture regret, frustration, thoughtfulness, and even humor. There were some moments where the characters’ expressions didn’t seem to match the dialogue or fit into the scene. One example is the look of utter shock on James Miller’s face when he discovers the identity of the terrorist, especially since he didn’t even know who he was.

The Tithe #7 is a dramatic, politically charged story that follows the tried and true police drama format so familiar on shows like Criminal Minds. Hawkins and Ekedal are able to separate themselves with a story straight out of the current headlines that preys on the fears created after 9/11. The story is well-written with a few minor flaws. The art was serviceable with a good use of building emotional tension and then releasing it, but it had a number of small flaws that couldn’t be overlooked. If you are looking for something different with a political slant, you should check this out.