The Spirit has returned and the mystery of his escape is revealed, but who captured him and why, still remains a mystery. Will he be able to solve this mystery? How does it fare? 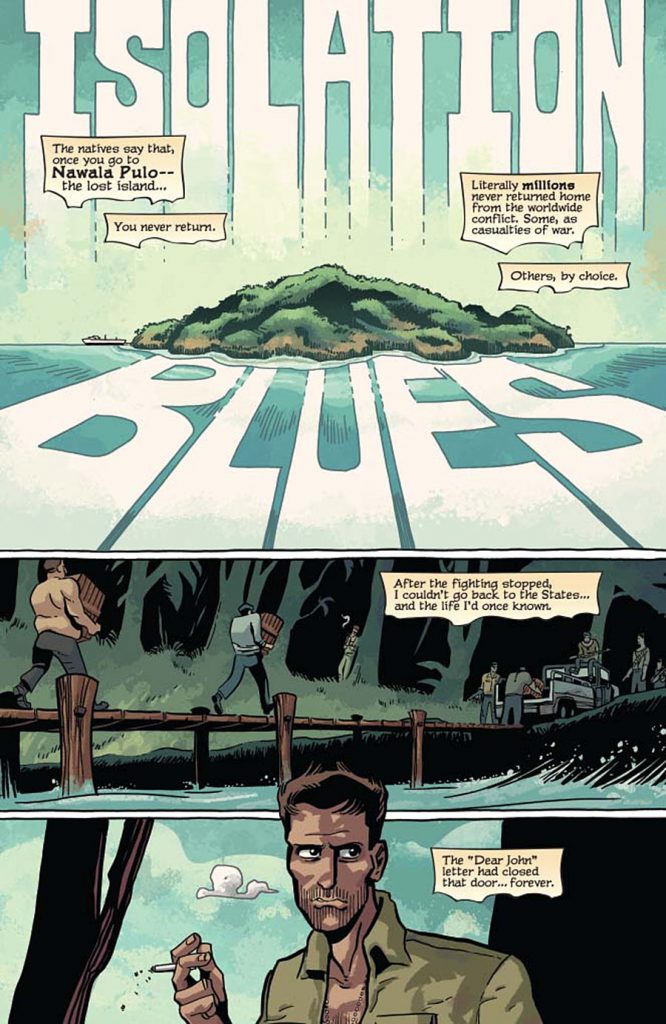 [easyazon_link identifier=”B0196XII82″ locale=”US” tag=”bounintocomi-20″]Will Eisner’s The Spirit #6[/easyazon_link] tells the story of how The Spirit and his head jailer arrived at the island and how The Spirit escaped. Matt Wagner provides these two intertwined stories from both the guard’s point view and The Spirit’s point of view. It also mixes in some key character and story developments resulting from The Spirit’s return.

The book starts off introducing us to a brand new character and his journey from war veteran to mercenary, working alongside some of the same people he was just fighting. Matt Wagner and Dan Schkade do an excellent job of characterizing him. The most interesting part of this story is how his interaction with the prisoner evolves from primarily a duty, to something he actually takes some sort of pleasure in, to actually forming a type of friendly bond. You can see how he has been emotionally broken, but you also see his compassionate side and the pseudo friendship he forms with his prisoner.

During this part of the story Matt Wagner and Dan Schkade also tease the potential villain, but shroud them in mystery, never mentioning their name or even showing their face. It really piques your interest and becomes a key motivator to continue reading because you want to know who they are and what their motives are. 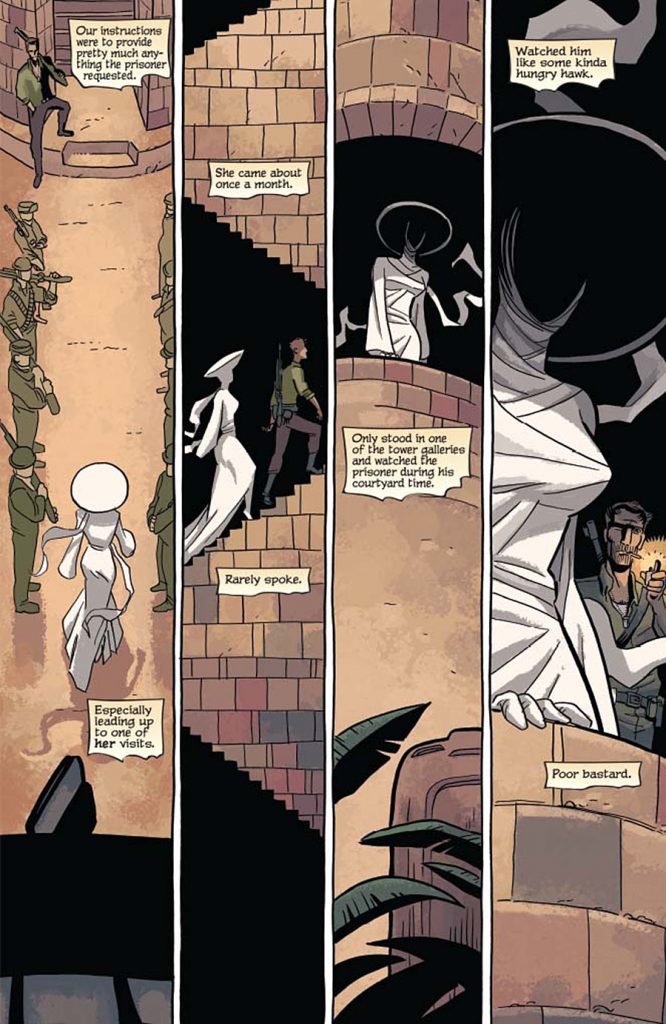 The second part of the book is told from The Spirit’s point of view and gives more details pertaining to his actual capture and transportation to his prison. It allows us to see The Spirit in action as he takes on a group of smugglers, but it also shows him being outsmarted for the first time in the series. It really shows that even The Spirit is not invincible.

Probably my favorite part of the story doesn’t even involve The Spirit; it focuses on Police Commissioner Dolan and his daughter, Ellen. These scenes expertly capture the chemistry between Schkade, Wagner, and A Larger World Studios. Schkade’s artwork, especially his facial expressions and body language, reflect the tone Wagner uses in the dialogue. A Larger World Studios gives these words a voice and you can hear the anger or the nervousness coming from the individual characters as you read the dialogue. It truly is masterful.

One specific sequence really stands out where Schkade and Brennan Wagner depict the Commissioner about to blow his top. Not only is the steam literally coming off his head, but his pipe is spewing out smoke. A Larger World Studios emphasizes the anger with a word bubble in the shape of a flame and Brennan Wagner uses multiple shades of red to highlight Dolan’s rising anger. 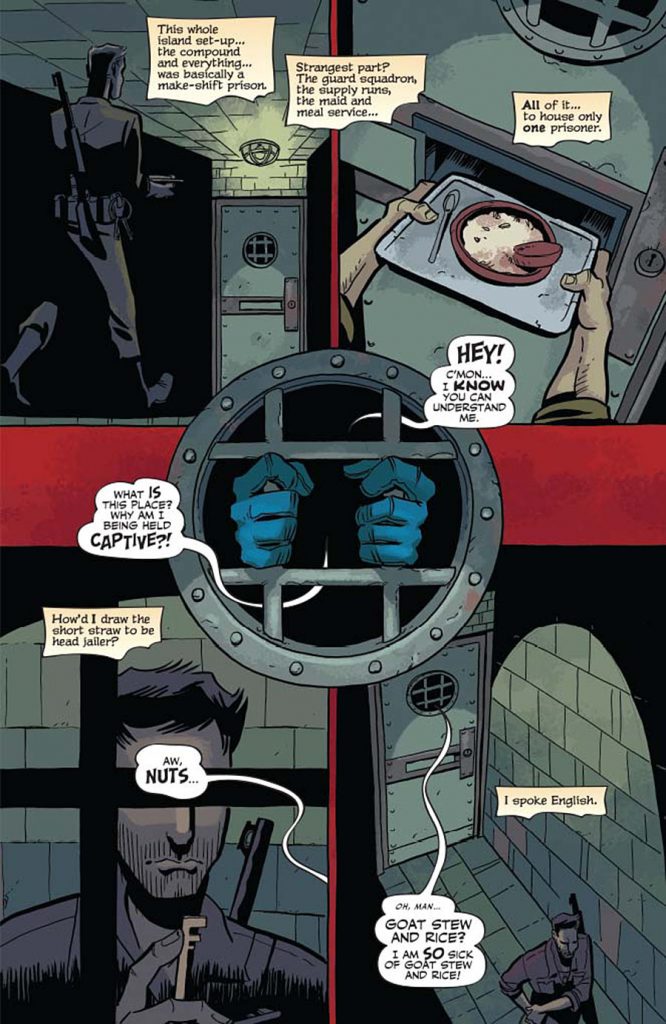 Schkade continues to be inventive with his panel designs and camera shots, although some of them were a little odd such as depicting The Spirit telling his story to Ebony and Sammy through a grate in the ceiling and then a close up of Ebony through what appears to be an eyeglass or a scope. It gives the sense someone is watching them, but nothing comes of it.

He did a fantastic job of really showing The Spirit’s isolation in a sequence where The Spirit is pictured in the center of a number of panels surrounded by black. It is just him and nothing else. It is great imagery.

[easyazon_link identifier=”B0196XII82″ locale=”US” tag=”bounintocomi-20″]Will Eisner’s The Spirit #6[/easyazon_link] continues the excellent work of the series. While the story doesn’t move forward with The Spirit’s investigation, it does fill in all the holes about his capture and escape very nicely. It also introduces us to a new character that hopefully we get to see more of. The chemistry between Matt Wagner, Dan Schkade, Brennan Wagner, and A Larger World Studios couldn’t be any better. They all know how to bring out the emotions of the characters and bring them to life. This book has masterful storytelling, very good artwork, and amazing lettering. You really need to be reading this one.