Titan Comics has unveiled three gorgeous variant covers for Deus Ex #2 from Yohann Schepacz and Marco Turini with the third being a concept cover.

Deus Ex #2 hits comic book stands on March 2, 2016. It is written by Alex Irvine with art from John Aggs.

Following last issue’s explosive revelation, Adam Jensen and TF29’s investigation leads them into the heart of the Glasshütte; Dresden’s heaving transhuman ghetto, where the augmented struggle daily for basic survival. But with its residents, the media, and even the local police vying against them, it’s going to be far from a clean-cut operation. 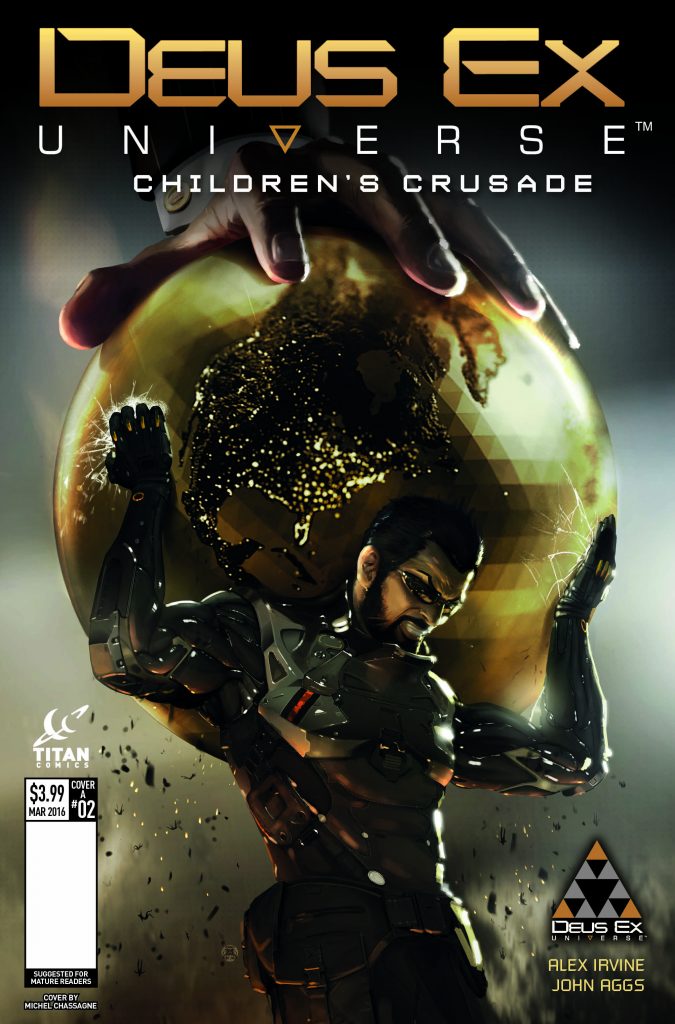 Cover A by Yohann Schepacz 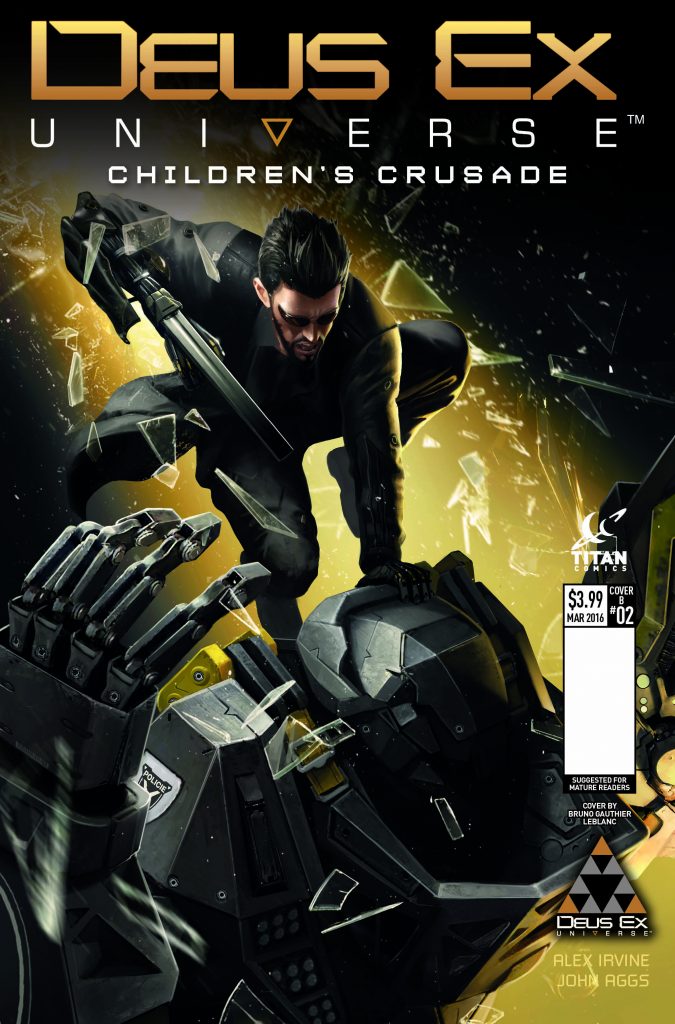 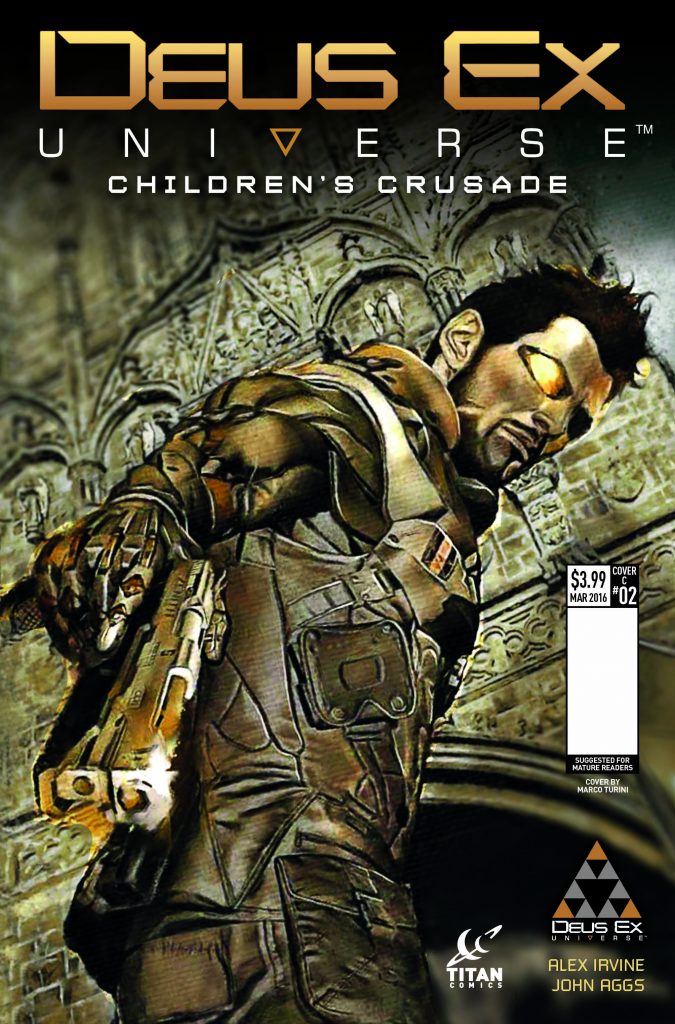