Victoria Addair is a Black Hand, a skilled warrior that has the ability to put the undead back in the ground. She is tasked with protecting a young boy from an encroaching menace that has killed everything in its path. Will she be able to save him? How does it fare?

The Black Hand is a supernatural fantasy with a detective twist. The main character, Victoria Addair, is a rogue Black Hand who defies orders and solves problems her own way, usually through overwhelming force. However, she is confronted by an opponent where force will do her no good.

The story for the most part focuses on Victoria attempting to discover the cause of the impending danger. However, it goes down the rabbit hole a couple of times. For instance, writer Erica J. Heflin adds in a number of pages that focus on Victoria’s backstory which are completely unnecessary. They don’t add anything to the character that Heflin hasn’t already told us or been shown to us by artist Fares Maese. Heflin will also randomly jump to a small village or a group of Black Hands. She does this to show the danger of the villain, but you only realize that after you have finished the story. While reading it, you don’t really understand why you are being shown extremely minor characters being eliminated. 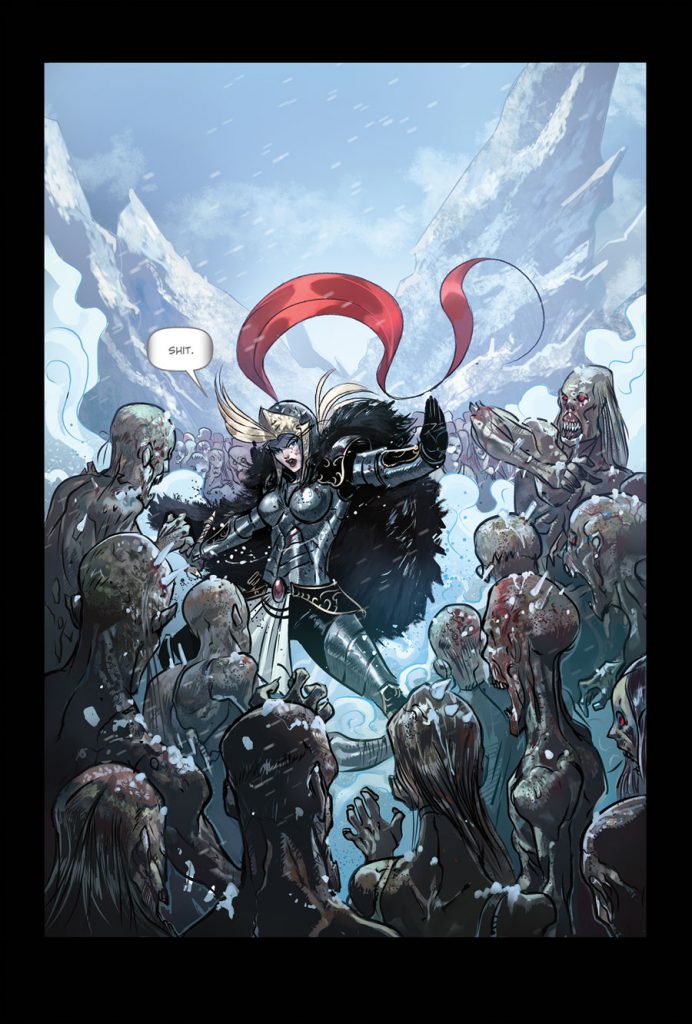 The actual investigation was entertaining in addition to being a little unconventional. She wasn’t interrogating individuals or finding evidence; instead, she would observe children’s play and pick up on their foreboding nursery rhyme.

The world Heflin creates felt very ordinary until she introduced different types of undead. While we only got a taste of one other type of undead, it gave the world more character and hinted at even greater dangers that Victoria may have to face in future installments.

One thing Eflin failed to do was provide exposition regarding the magic system or the powers of the Black Hand members. She never really touches on it or explains how it works. It makes it difficult to suspend your disbelief when she confronts the main villain because her power set seems to expand in order to confront them without any explanation. 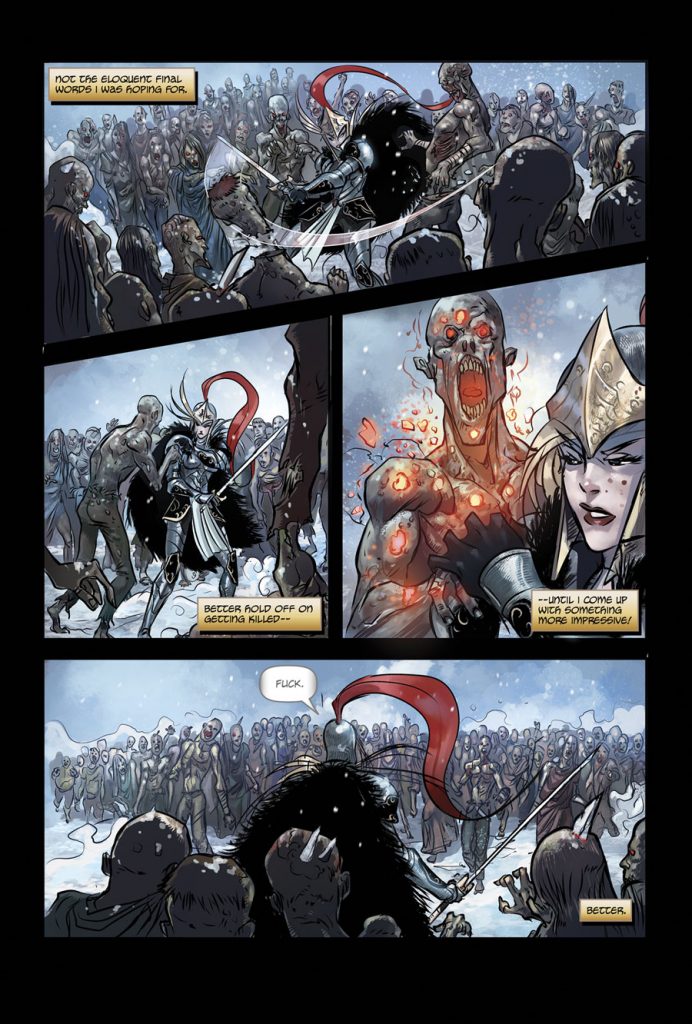 There were also a number of grammar and spelling errors, especially towards the beginning of the issue. While I realize nobody is perfect and mistakes happen, there is no excuse for spelling and grammar errors. These errors might also be the product of a change in the lettering. About halfway through the book the lettering is drastically changed, both the font type and size as well as the shape and design of the word bubbles, but at the very end it reverts to the original lettering. It is quite jarring and really stands out and distracts you from the art and story.

Fares Maese’s artwork is decent. There is definite room for improvement, especially when depicting characters’ faces. There are a number of close-ups on characters where their faces will take on different proportions from panel to panel. In one panel their face may be round while in the next one it is a lot longer. 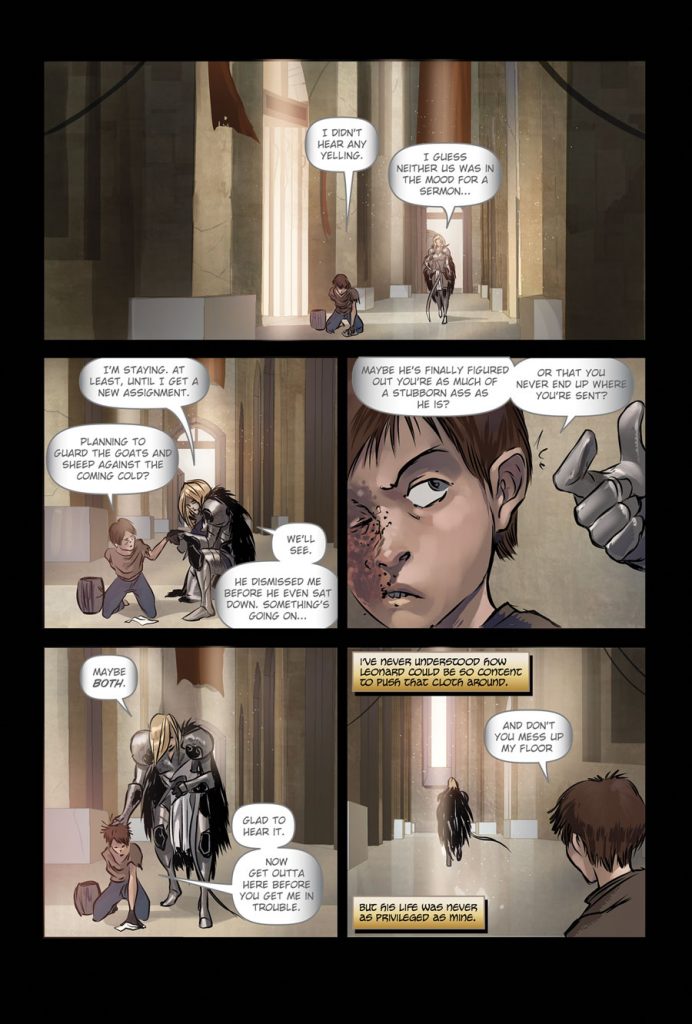 There are also some panels that appear to be duplicates of each other. It can make the scene feel stale. It would have been refreshing to maybe get a different angle of the scene instead of reusing the same one.

Maese does excel at allowing the reader to easily follow from panel to panel. You don’t have to worry about whether you need to read down the page or across it. He also did a great job with the actual character designs. It adds a lot of character to the world. The Black Hand resembles knights or guardians that are meant to protect the people. The ribbon on Victoria’s helmet also adds a sense of elegance to her as well, although Maese does forget to incorporate it in some panels.

The Black Hand has good intentions behind it, but it fails to execute everything it wants to do. It struggles to develop its villain and adds in unnecessary scenes to characterize Victoria. It does do a good job of making Victoria a compelling protagonist and Maese’s character designs, especially the Black Hand outfits, are elegant but also pragmatic. I’d recommend passing on this one; there are much better supernatural fantasies out there.