The iconic battle between Finn and TR-8R, the First Order Riot Control Stormtrooper, is now available in sixth scale from Sideshow Collectibles and Hot Toys.

The Finn sixth scale collectible has an uncanny resemblance to John Boyega, the actor portraying Finn, due to a newly developed head sculpt. He is also equipped with a LED light-up lightsaber, a finely tailored outfit, detailed weapons, and a hexagonal figure stand with the Resistance’s emblem. TR-8R comes equipped with the iconic baton, a riot shield, blaster rifle, the new Stormtrooper armor and helmet, and his own hexagonal figure stand with the First Order’s emblem.

The Finn figure is sculpted by Seung-min and Kang. It is painted by JC. Hong and directed by Kojun. The First Order Riot Stormtroop is painted by Lok Ho with art direction from JC. Hong.

Both figures together will run you $359.99. They are expected to ship between June and August of 2016. 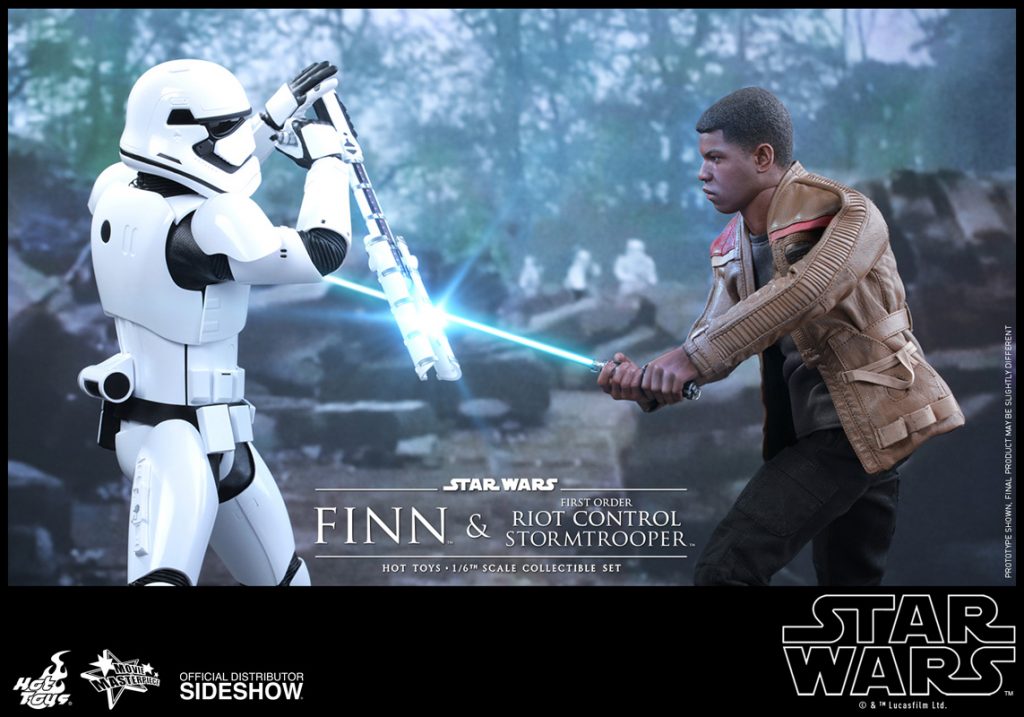 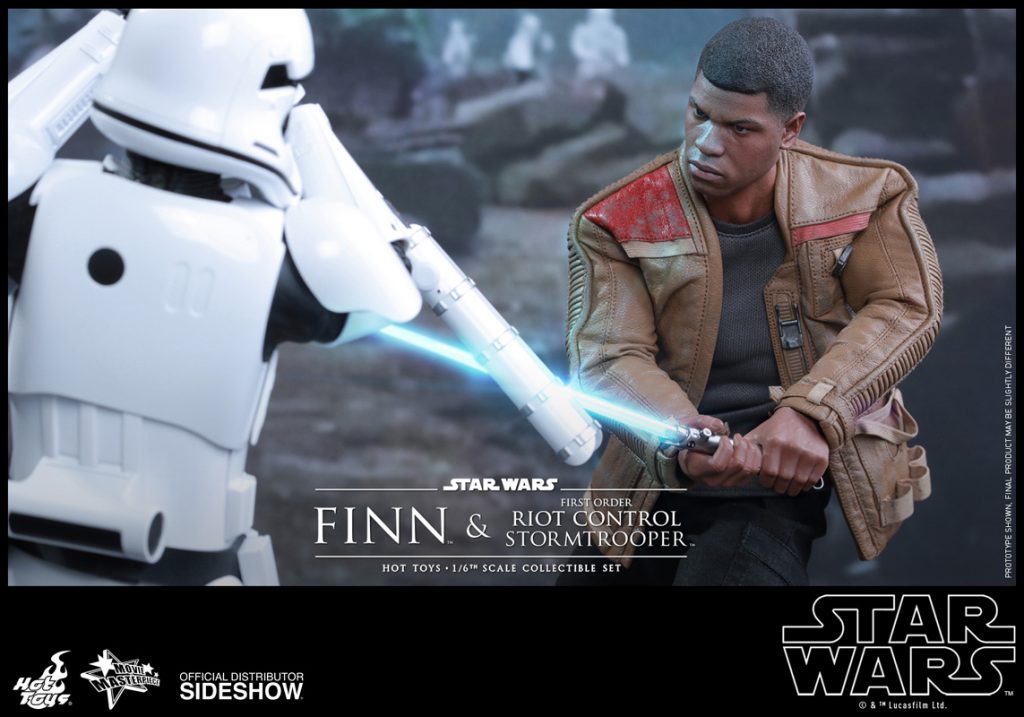 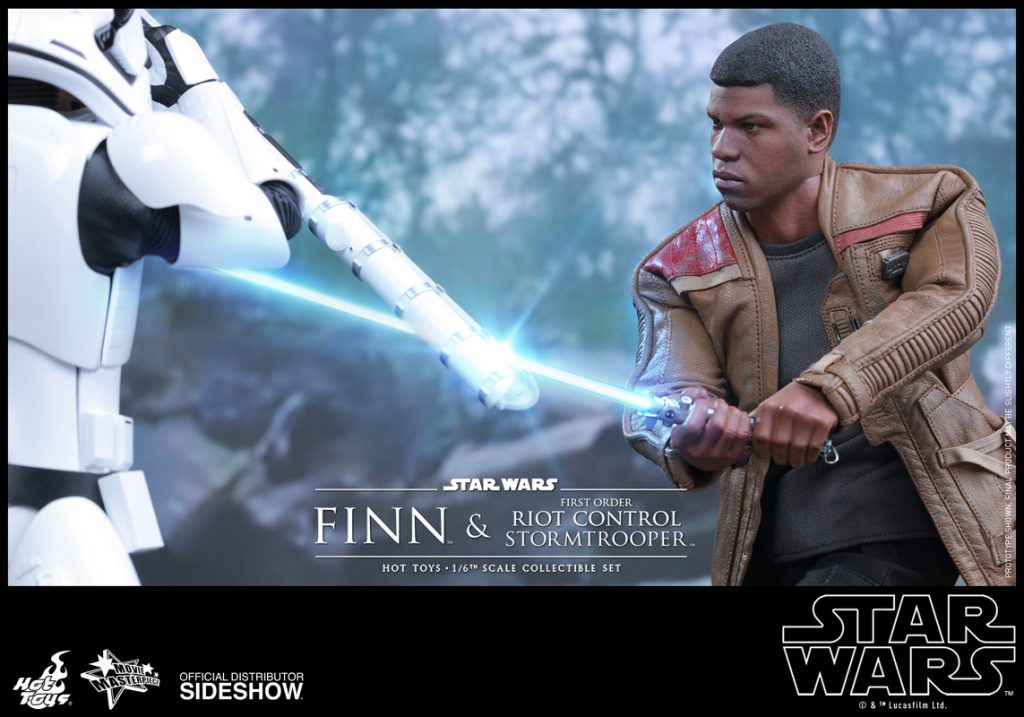 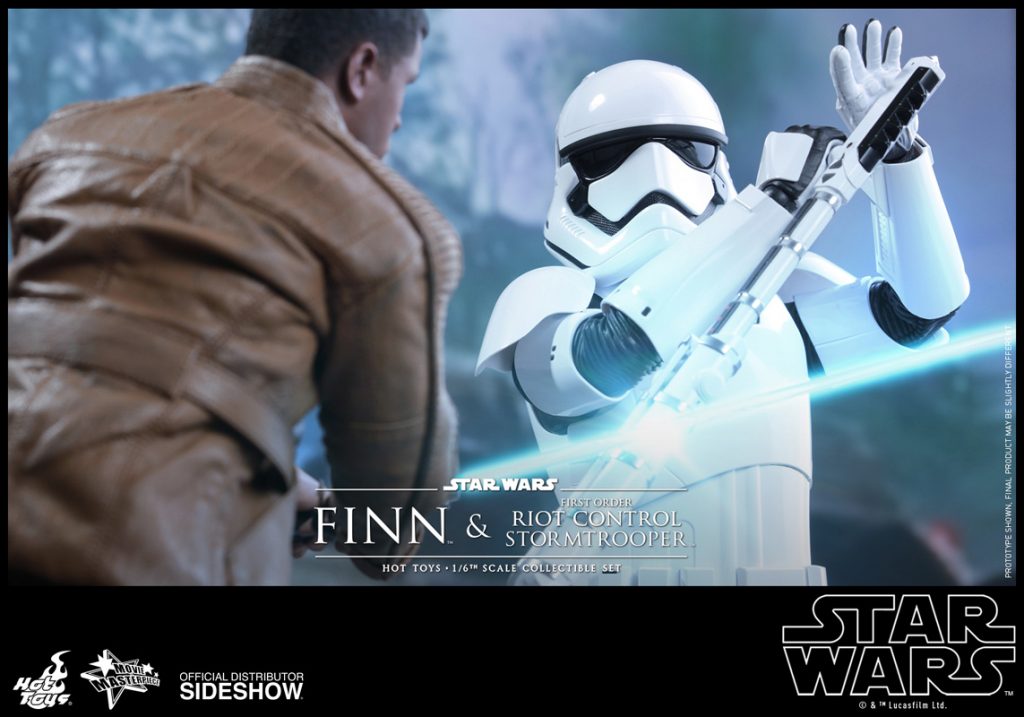 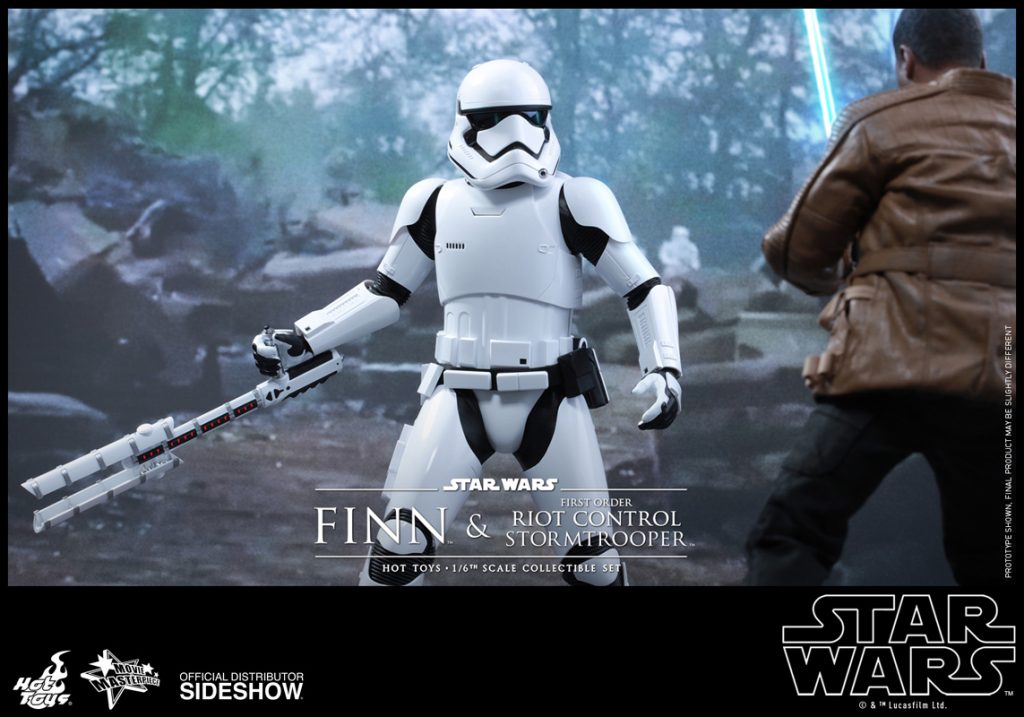 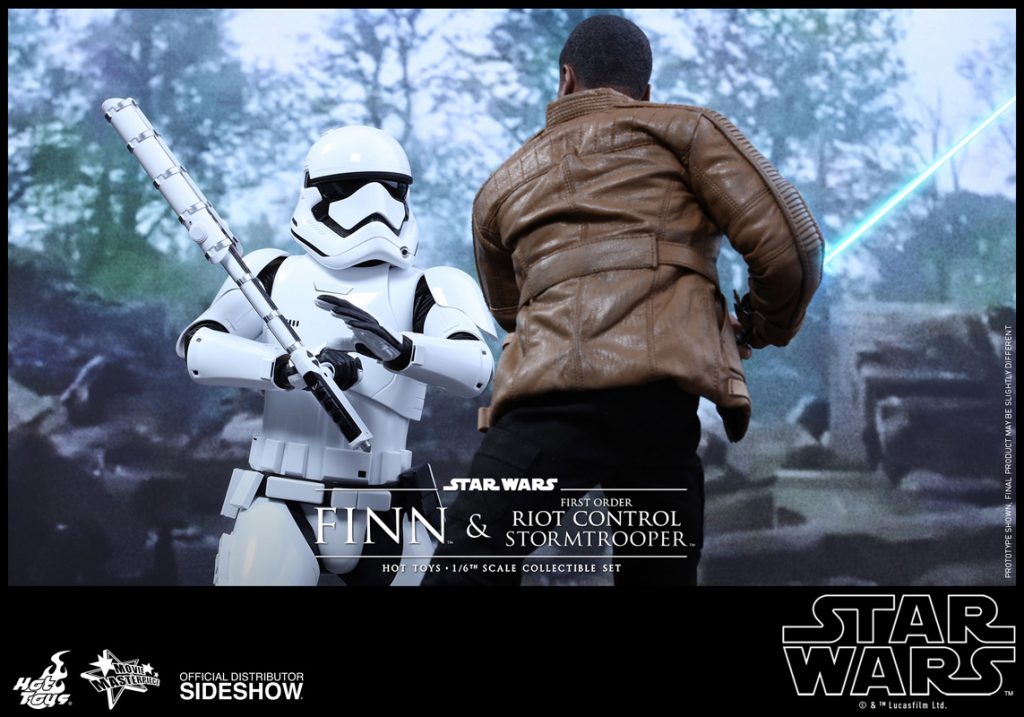 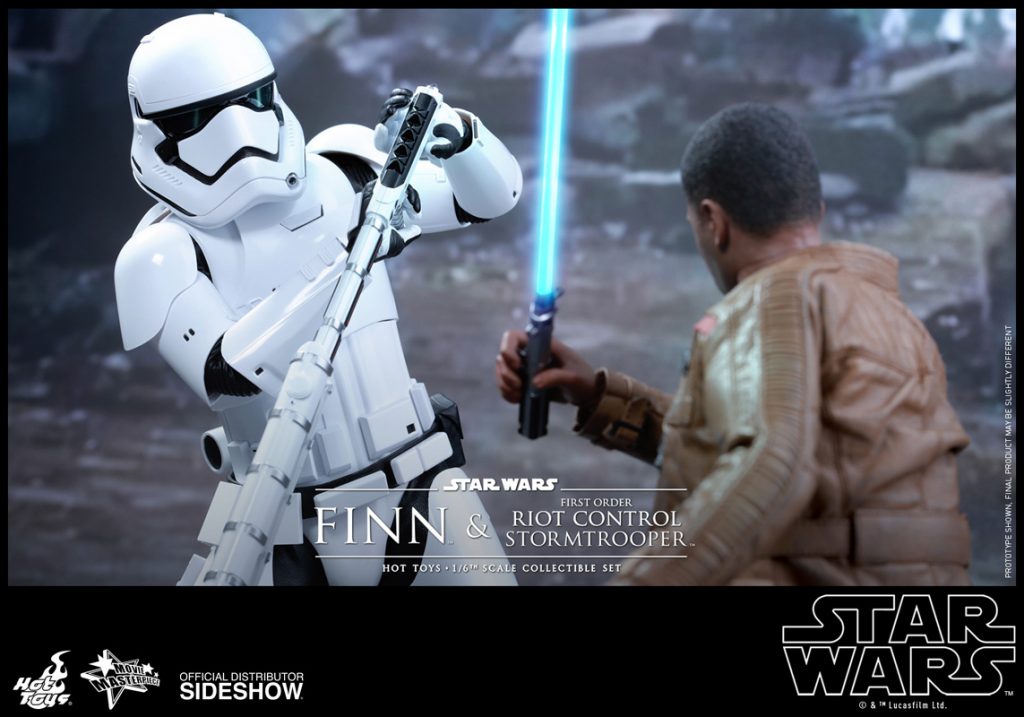 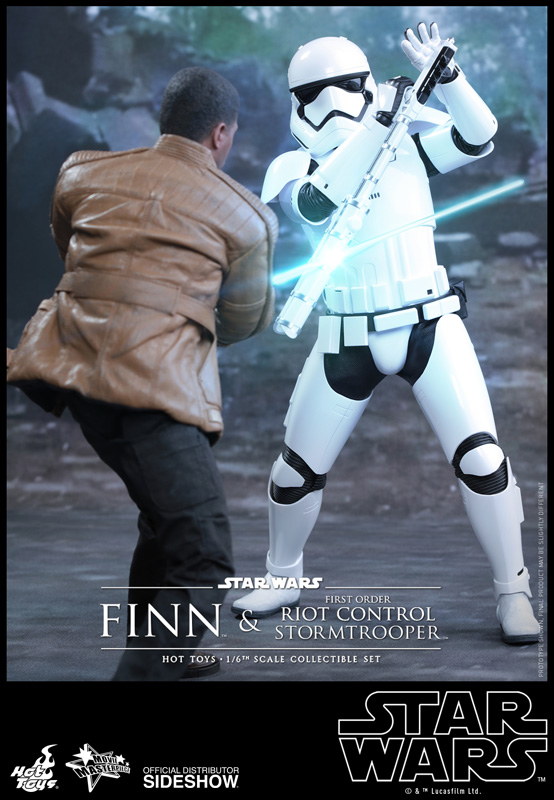 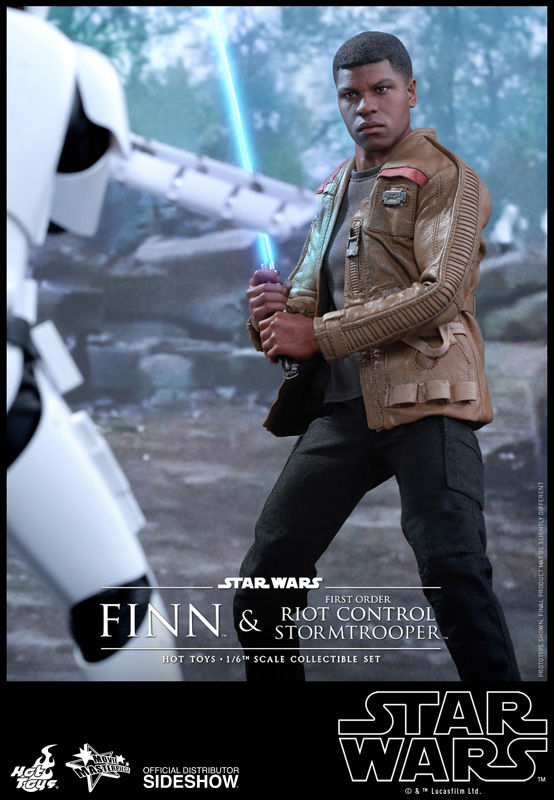 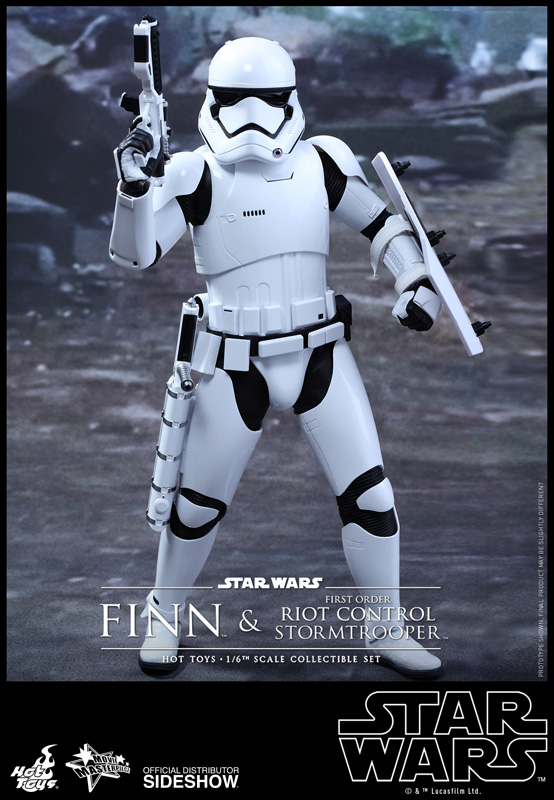 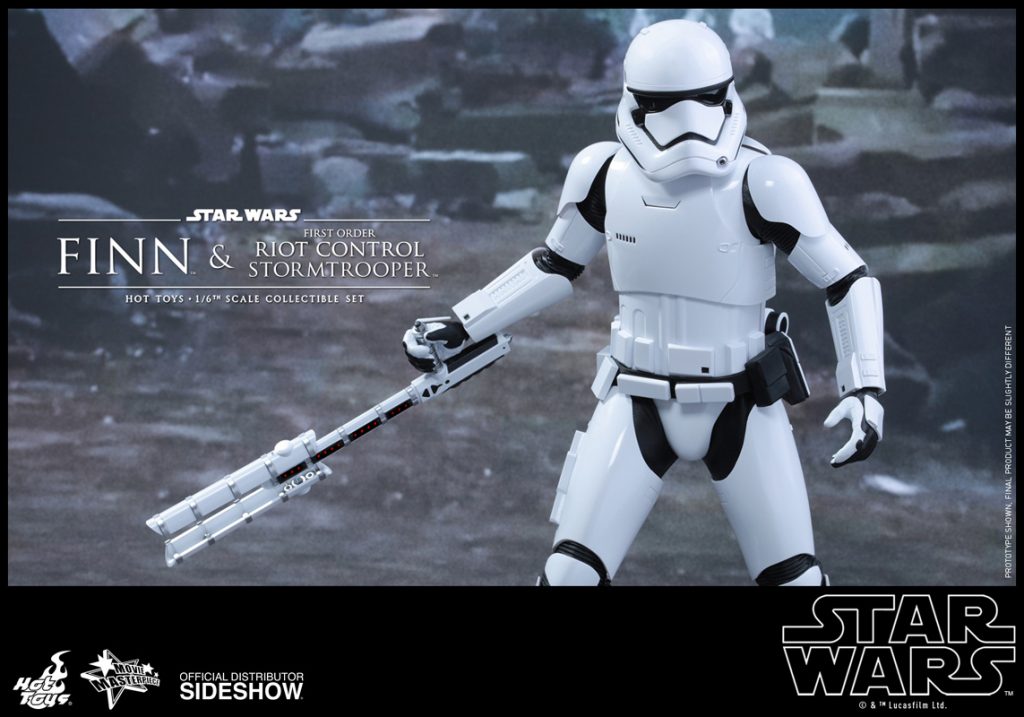 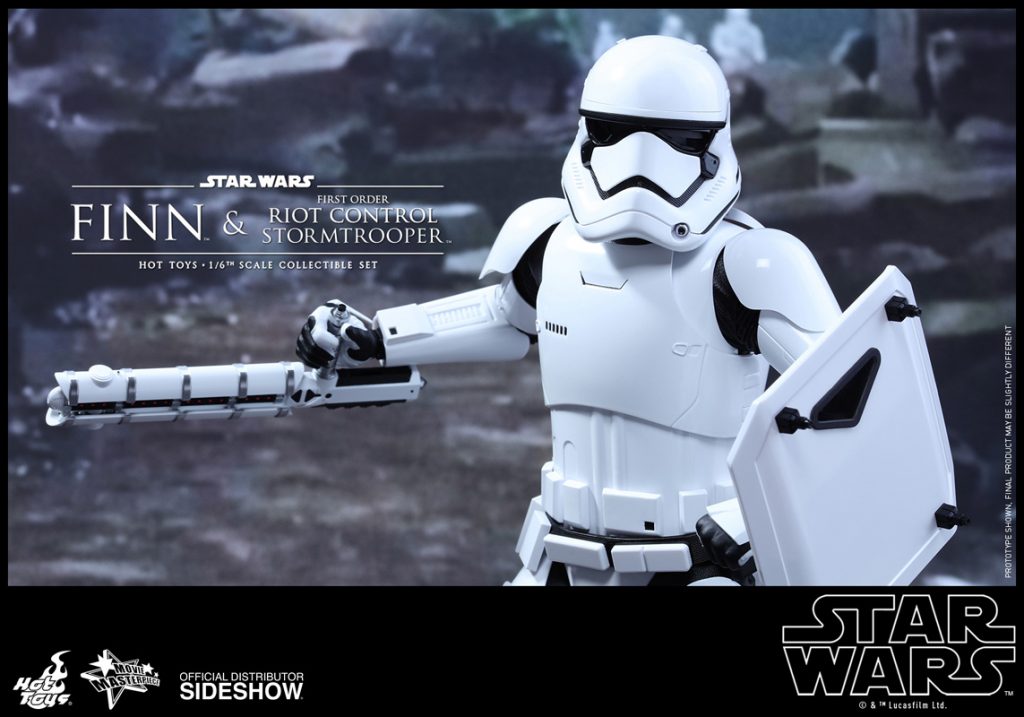 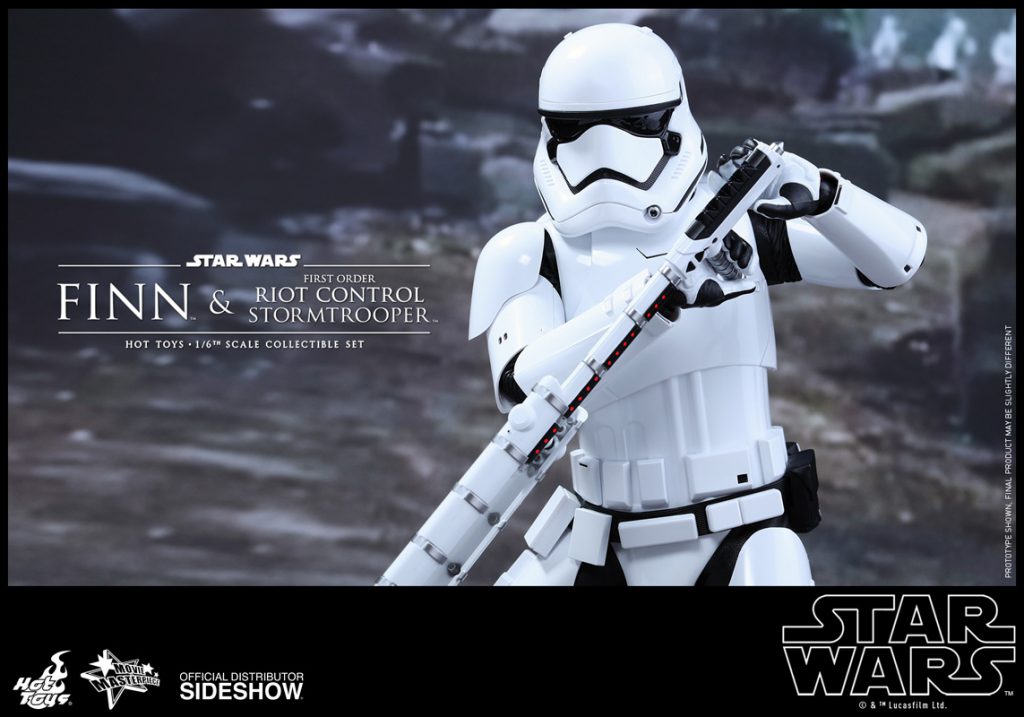 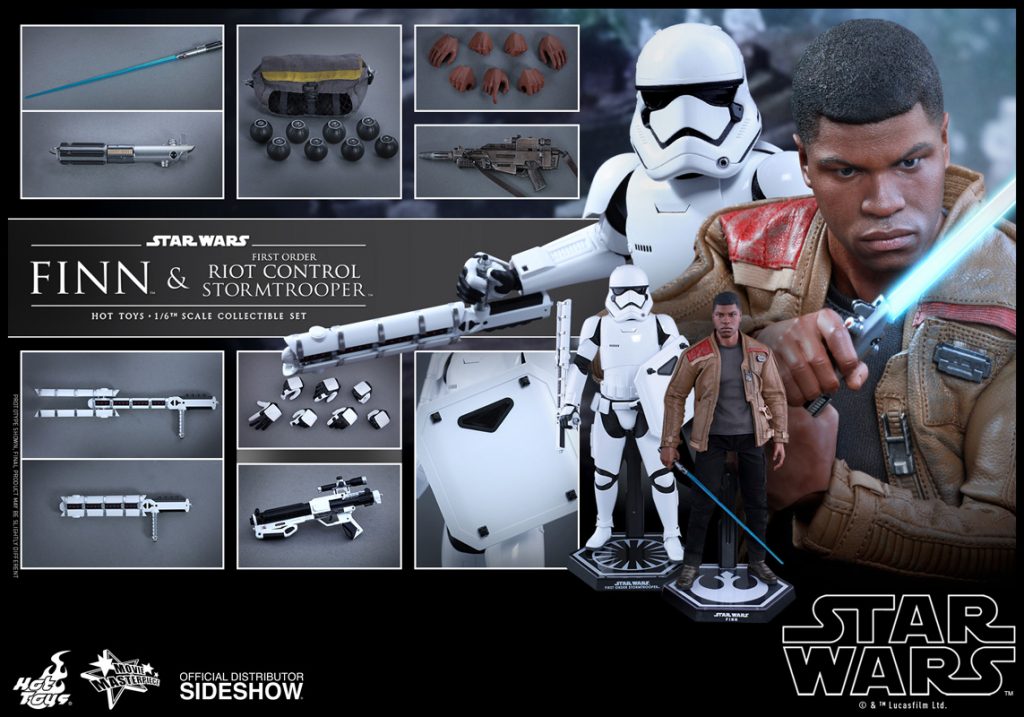