Kenji Tsuruta’s Wandering Island will be the first time in 20 years the creator has published in English. He is teaming up with Dark Horse to bring the retro flying adventure to the English speaking world. He is most known for his science fiction series Spirit of Wonder which has been adapted into an anime series.

Her real adventure begins after the death of her beloved grandfather. He leaves her a mysterious package addressed to an island that appears to not exist, but does it? Mikura sets off to discover the mystery of the Wandering Island.

The story features eight pages in color with an extended wraparound cover with French flaps. It will be done in the spirit of Hayao Miyazaki. 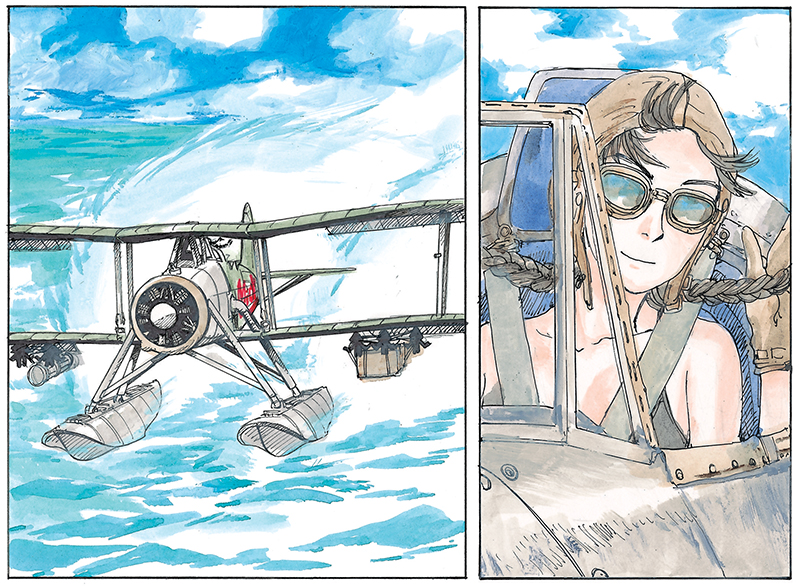