Ninjak and Punk Mambo confront the strange and magical oddities of the Deadside as they attempt to relocate Shambhala and track down Ember and the fugitive, Fakir. While in “The Lost Files,” we learn more about the struggles of the creature known as the Magpie. How does it fare?

[easyazon_link identifier=”B019I3FBXK” locale=”US” tag=”bounintocomi-20″]Ninjak #11[/easyazon_link] is a visually stunning story, focusing on the crazy, beautiful, and completely surprising world of the Deadside. We also get to see how Ninjak interacts with the world and some of the really cool and interesting features his technological marvel of a suit is capable of. But probably the most interesting part of the story comes when Matt Kindt reveals the Magpie’s motivations for capturing Fakir and how it could be extremely dangerous for Ninjak.

Kindt continues the narrative style he began in the last issue, providing dialogue between Neville Alcott and the Director of MI-6 as they discuss Punk Mambo’s and Ninjak’s mission as we see it unfold. It can be a little infuriating knowing these characters already know what has happened, but it allows Kindt to provide necessary exposition about the Deadside and the troubles Ninjak and Punk Mambo faced in a fluid, believable way.

The dialogue is definitely what you expect from Matt Kindt. There is one page where he flawlessly executes a transition from the present to a flashback. He simply asks whether Punk Mambo had experienced this creature on her last mission. He then proceeds to show us parts of Punk Mambo’s last mission. He also does a great job of characterizing Punk Mambo and Ninjak, providing distinct differences in how they deal with the Deadside. Ninjak is very uptight and wary of the environs, while also relying heavily on his technology and ability to reason. Mambo is much more relaxed and carefree, trusting in her magical abilities and her loa, Aye. There was one mistake in the dialogue during The Lost Files where I think Kindt wanted to have Magpie say he was not bound by honor. Instead, he uses duty and then follows up that line with another one talking about his duty. It doesn’t seem to quite fit the way it is currently written. 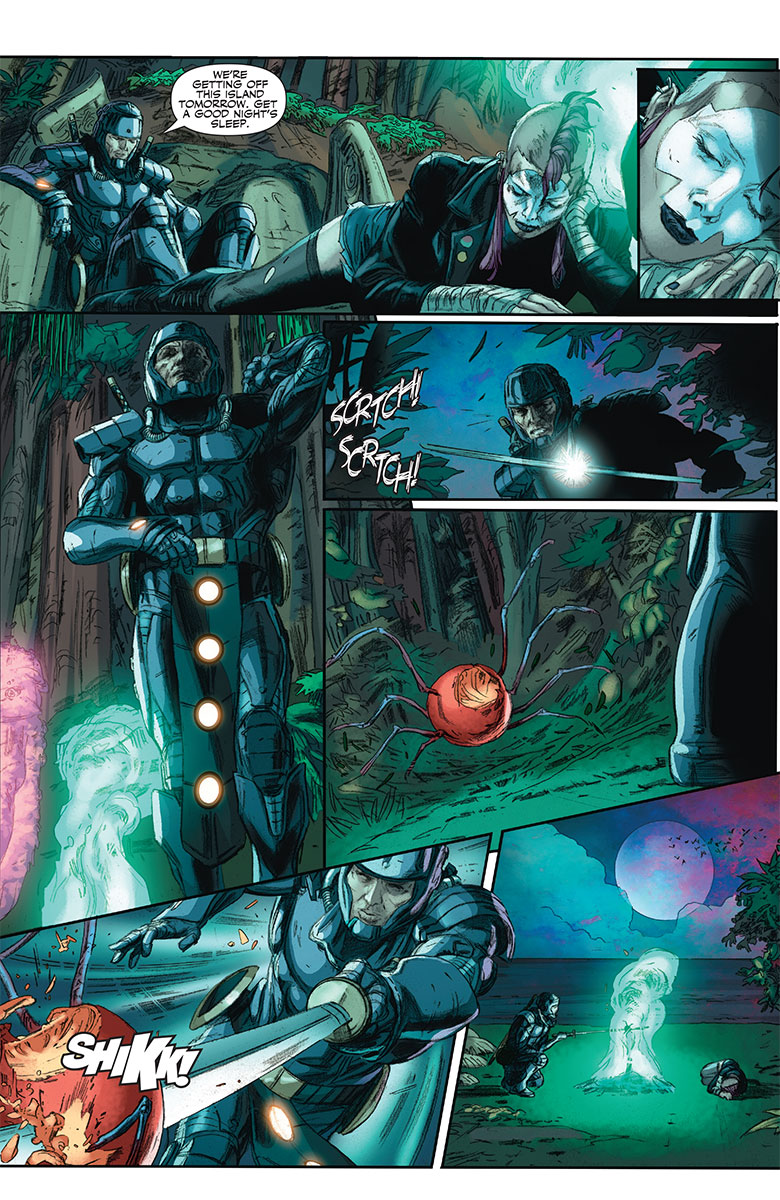 The creatures and the world of the Deadside are absolutely beautiful, but also strange and even dangerous. He takes objects that would be completely harmless in our world, unless you are Isaac Newton, and turns them into dangerous creatures. There is even a full, double page spread that will have your jaw dropping; it made me go, “Holy cow, that is cool!”

Braithwaite does a lot of interesting page layouts with a number of different panel inserts into larger images. My favorite is when he takes two horizontal panels and turns them into one larger horizontal panel by the time he concludes the panel. It is a great idea and wonderfully captures the moment just before an explosion, the moment of exact impact, and the moment just after the explosion.

There are a few minor mistakes. During an action scene, Punk Mambo’s size seems to fluctuate. At one point, she looks radically smaller than previously depicted. Or, you could say Ember looks much larger. 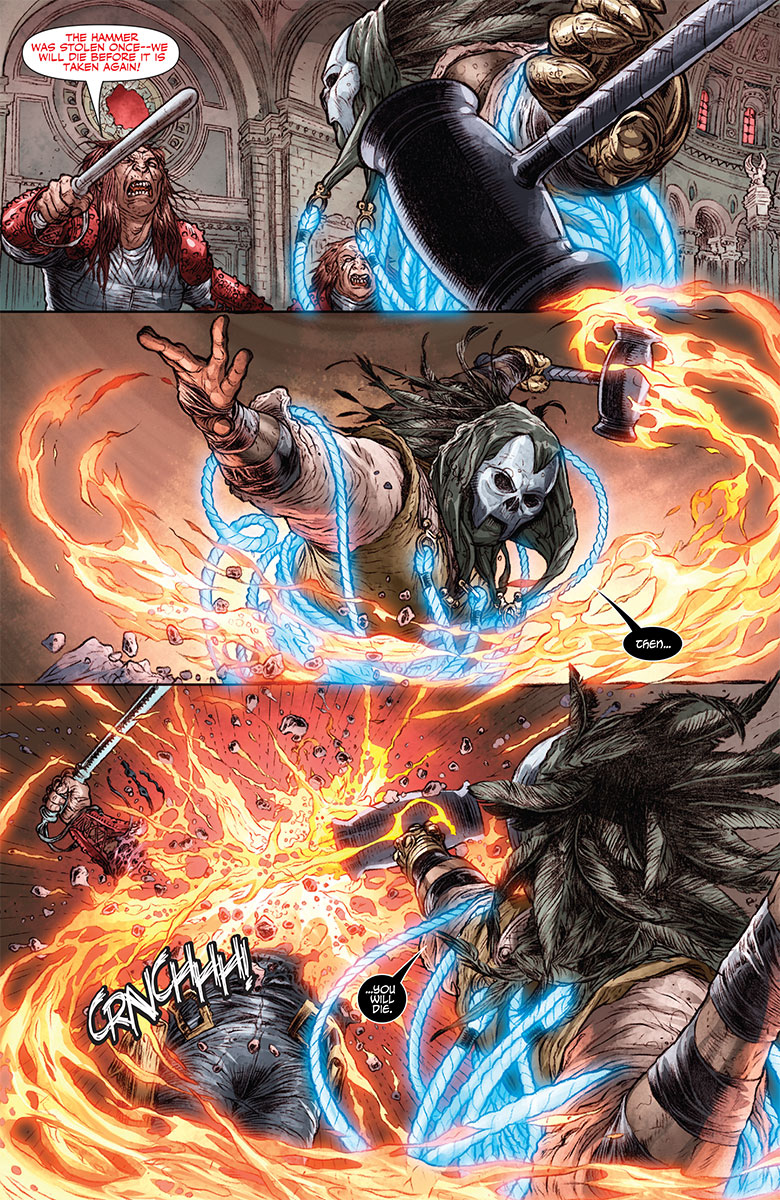 Brian Reber’s colors are what bring the Deadside to life. I loved all the greens, yellows, and purples exploding from one of the monsters as it attacked Ninjak and Punk Mambo. Just all of the magic abilities in general have a mystical quality to them with the different colors, whether it’s purple or orange. He is able to capture the mystique of the Deadside.

In “The Lost Files,” Juan Jose Ryp gives us a very different look at the Deadside inside the city of Lyceum. He gives the city and the library a very European feel. One thing Ryp does differently from Braithwaite is the look and feel of Ember. He is less portly and his hair doesn’t seem to be as long in Ryp’s imagining. Ryp also makes the conflict very personal, using a lot of camera angles up close on the individual combatants or with the action happening in the foreground. He seems to struggle with the Kelvins’ facial depictions and some of their running poses look awkward with their knees knocking into each other.

[easyazon_link identifier=”B019I3FBXK” locale=”US” tag=”bounintocomi-20″]Ninjak #11[/easyazon_link] is visually stunning, with some great writing that builds upon the characters while also providing key information about the world of the Deadside. There were some very minor issues with the dialogue and the art, but for the most part this book was excellent. It is really laying the groundwork for new adventures in the magical realm of the Deadside while narrowing in on Punk Mambo’s and Ninjak’s mission to recover Fakir.