Independence Day #3 is written by Victor Gischler (Batman, Deadpool) with art by Steve Scott (Batman, Wolverine). The third issue examines the rising tensions aboard the submarine as alien specimens are shipped off for study. Meanwhile Adams discover the motivation behind the alien crash and come to terms with their extraterrestrial armaments. 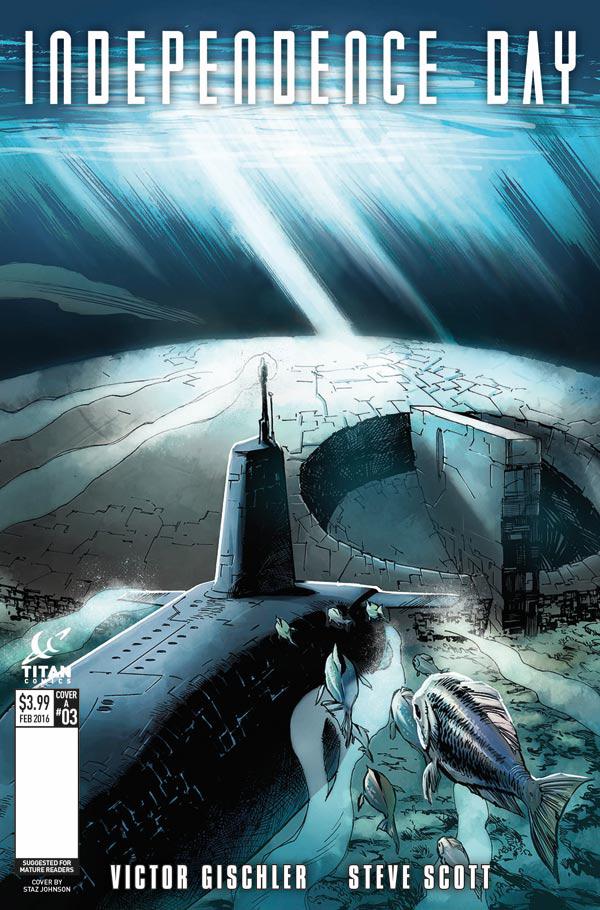 Cover A by Staz Johnson 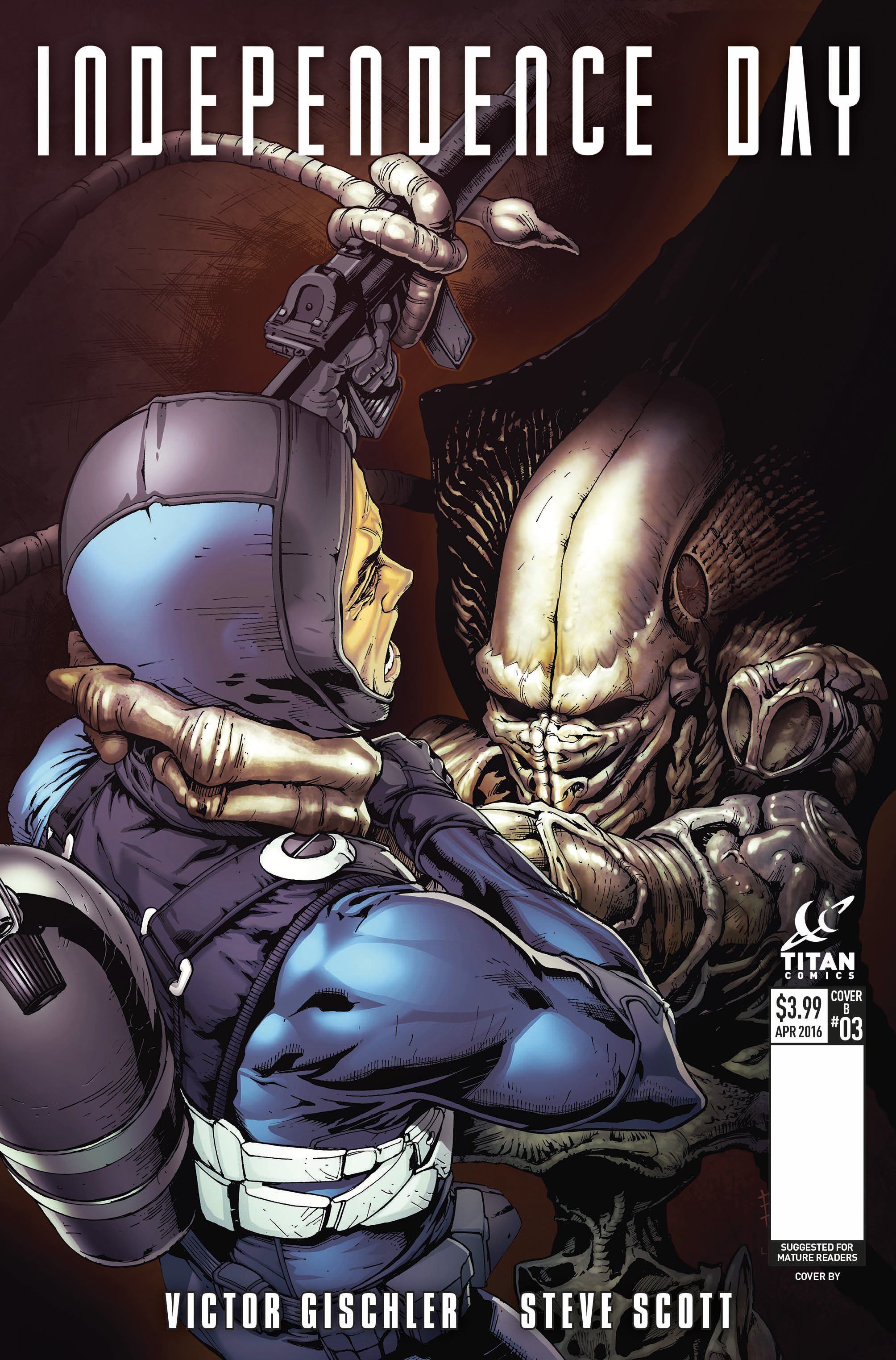 Cover B by Edgar Salazar